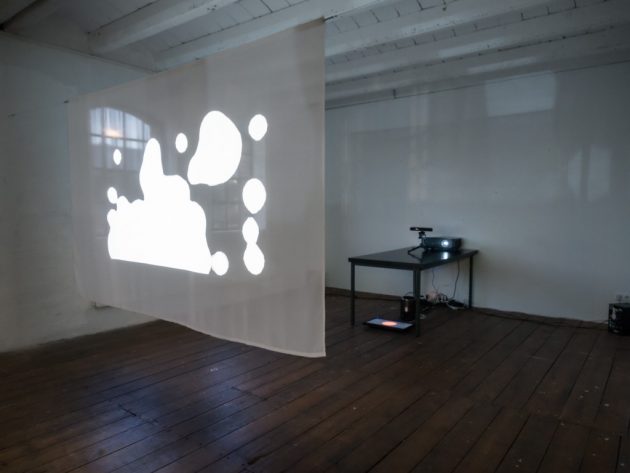 The project Timely Matter is inspired by theoretical and philosophical research into how our perception of time is affected by modern technology. A focal point of the research was the experience of time and the present moment. Through this examination it became apparent that our common perception of time is governed by linearity – moments following prior moments leading to moments to come. Our awareness of time is a process of chaining connected moments in a linear fashion. Thereby the present moment is affected by retrospection and anticipation. In other words, we perceive the present moment by deducing and justifying it from past events while simultaneously devising future events.

Reframing our common perception of time is the intention of this project. In the accompanying essay I propose an alternative nature of time. I draw connections between diverse concepts proposed by thinkers who have endevoured to understand our reality. The pivotal intersection of all these theories is the emergent nature of time and reality. The notion of emergence implies that our reality evolves in a non-linear fashion. Further, emergence entails the constant creation of possibilities, a sustained potential for novelty. Therefore, reality and novelty are created out of themselves in an ongoing process. 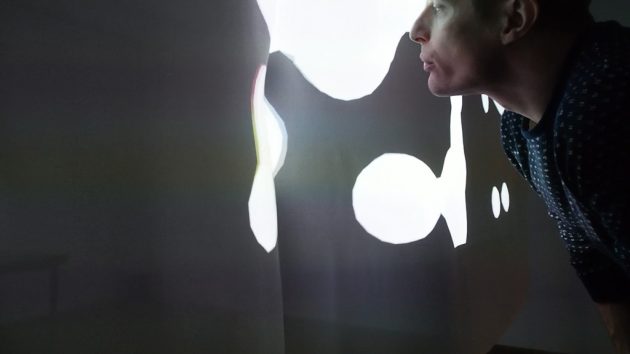 The emergent nature of reality might seem intuitive at first. But by adding modern technology to this process the reframing becomes more complicated. The mediation between humans and technology blurs the distinctiveness of human control over reality. Instead, reality becomes an intertwined creation of human and non-human agency. In this dance of agencies, human intention may still be distinct, but is also subject to emergence. Thus, the prevalent assumption of human control is mitigated. The introduction of technology to the emergent nature of time and reality leads to counter-intuitive ontologies. Our notions of human agency need to be reevaluated. 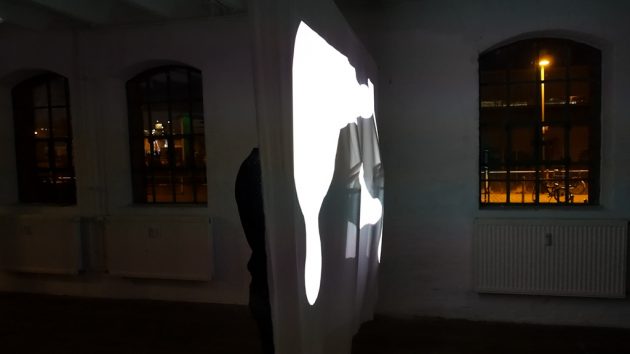 Further, matter occupies a special role in the context of the creation of reality. The essay points out the adaptability of matter at every moment of interaction. Matter reconfigures itself constantly. What we perceive as reality emerges from matter’s reconfiguration towards human and non-human agency. Therefore, time also happens in the moment of materilization. Given this emergent nature of reality, any binary distinction between subject and object within an interaction is nullified. Instead, matter itself becomes the subject of creation. Thereby the creation of reality is an intra-action of intertwined agencies where agency and intent are emergent. 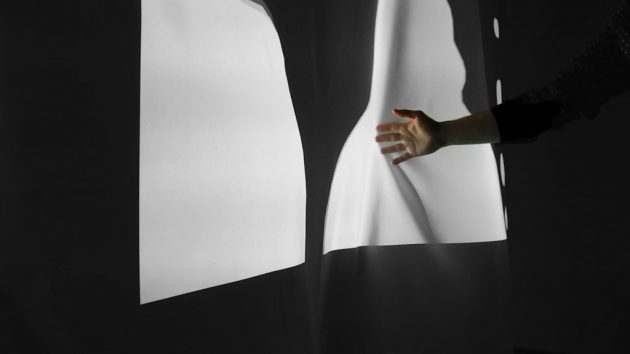 These are the conceptual ideas encoded and visualized in the installation. Interacting with the screen triggers an algorithmically generated simulation of matter. It folds the tangible screen interaction with the intangible, artificial projection of natural phenomena. An interaction with the screen transfers the human intent into an algorithmic programm which then interpretes the input and generates the output. The projection then leads to an adjustment of the original interaction. In this way every interaction and every iteration of the projection emerge out of each other. This playful intra-action between the viewer and the installation is a metaphor for the momentary creation of reality and time. This metaphor is emphasized by the haptic experience of the screen which becomes almost invisible when presenting the installation in darkness. The projection onto the floating screen immediately reacts to any interaction. Thereby it creates a feeling of molding liquified solid matter in space. 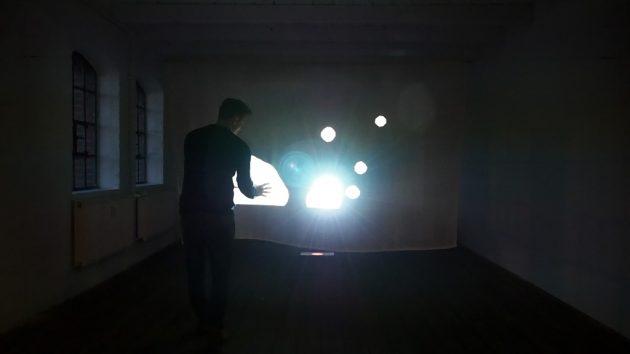 The implementation of the installation for the Timely Matter project consists of two software applications. The first program is responsible for the tracking of the interaction with the curtain and the appropriate projection onto it. The second program generates sound based on recorded samples. Both applications run completely independent of each other. The intention behind this decision was to prevent the impression that the curtain is an interface for the generation of sound. Both programs are programmed in C++ with openFrameworks.

The program for the projection requires a sensor for depth perception, a bright projector and a moderately fast computer. As for the depth sensor I used a Kinect for Xbox 360. The projector’s output is displayed on a screen made out of chiffon. The translucent quality of the fabric was chosen to make the screen as light as possible in order to register the slightest changes to it and come as close as possible to a floating projection in space. 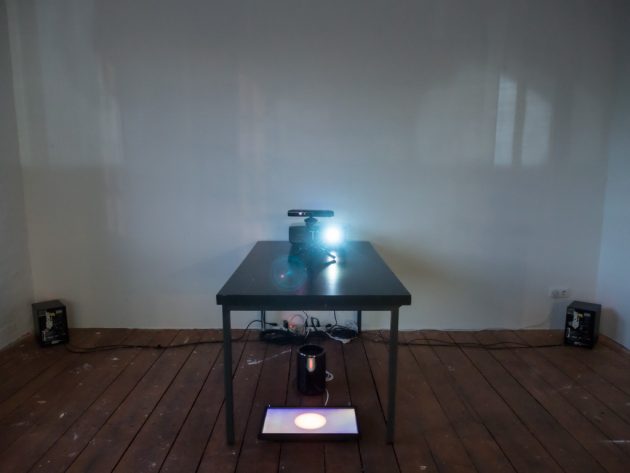 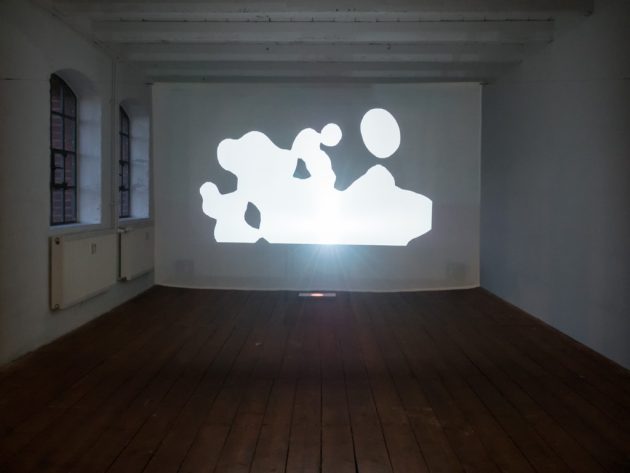 The first exhibition of the Timely Matter project took place at Galerie Flut in Bremen on December 21st, 2016 as part of my master thesis colloquium. The public event was comprised of a short performance and an artist talk followed by a discussion. Afterwards, the installation was open to the visitors.

The essay and further additional information about the installation can be found on the project website. All code for this installation is published under MIT licence at GitHub.