Happy Days is exploring narrative in the form of an installation. It is staged without human actors or conventional (verbal) dialogue in a non-theatrical space. We chose to stage Samuel Beckett’s Happy Days since, as performing a ritual in the play, overshadows the performer, the object of the ritual can survive on its own. Therefore, we used these objects or rather props from the play and made them actors. 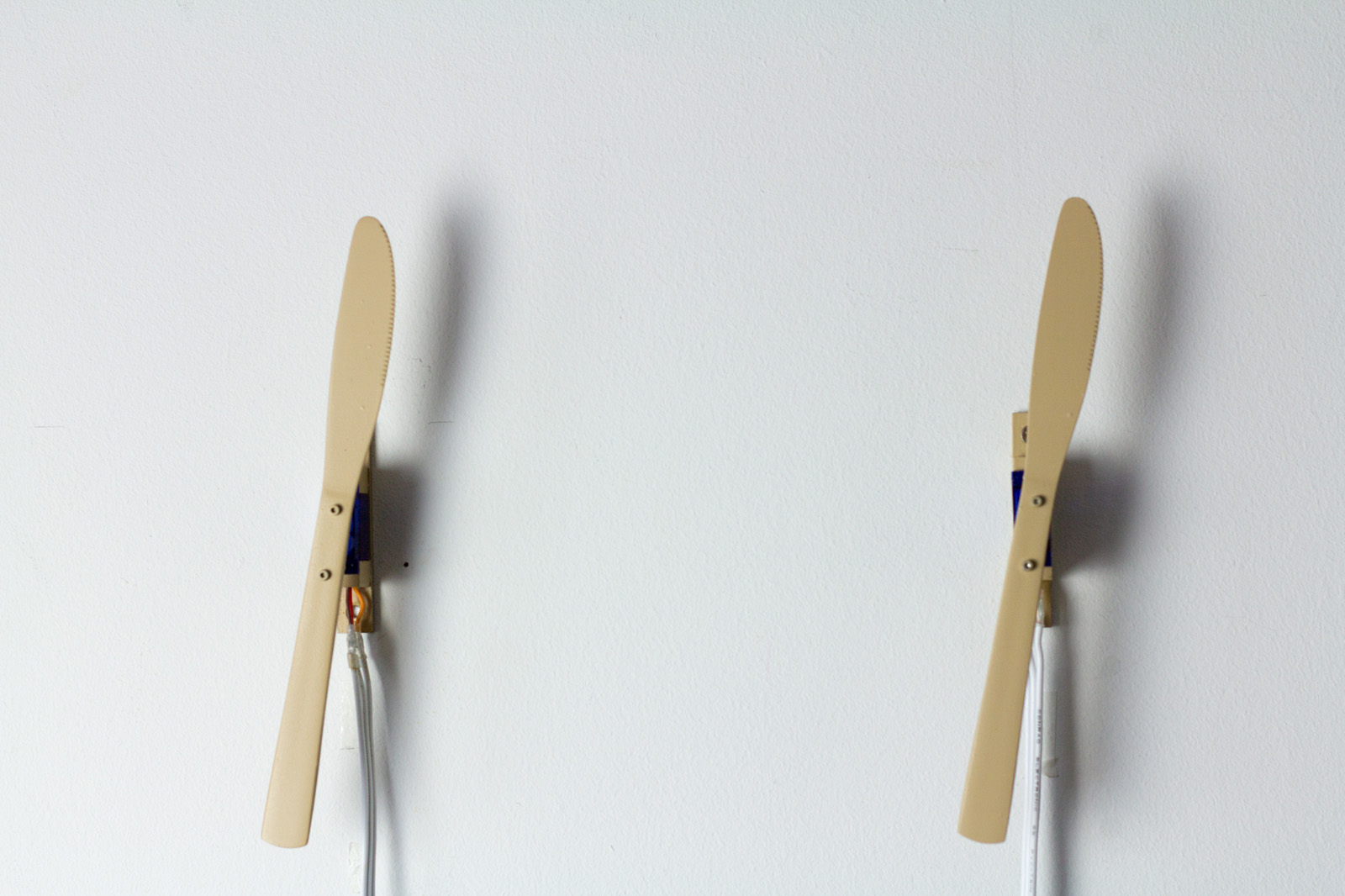 The contrast of order and chaos is represented by a series of various absurd behaviors of these props. Order is formed by repetition of daily routines, and chaos takes over when this repetition dries out sense. 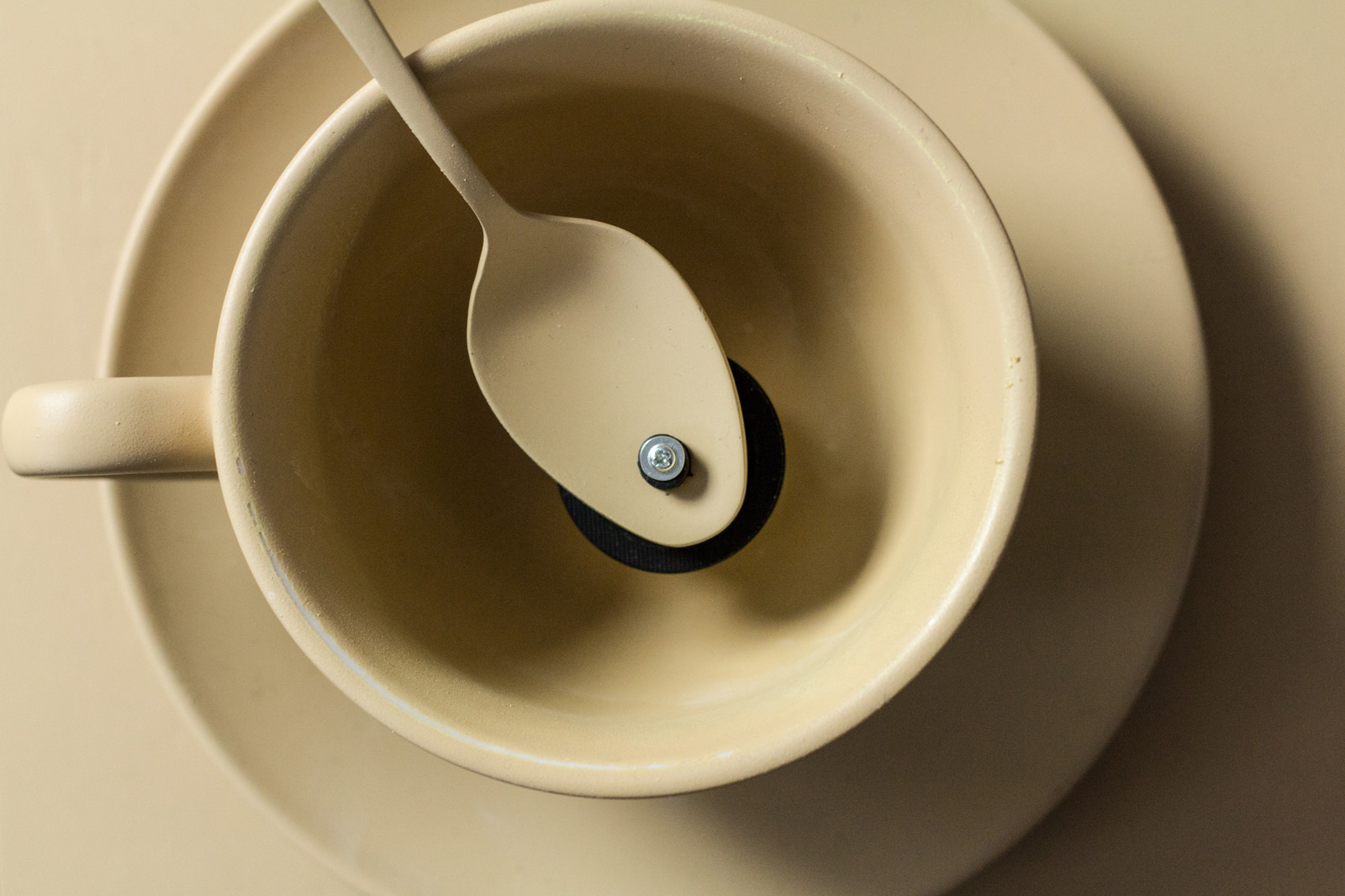 “Sometimes, repetition empties the statement of its content and destroys its’ significance.” —Repetition and Differences in Beckett’s Work -283 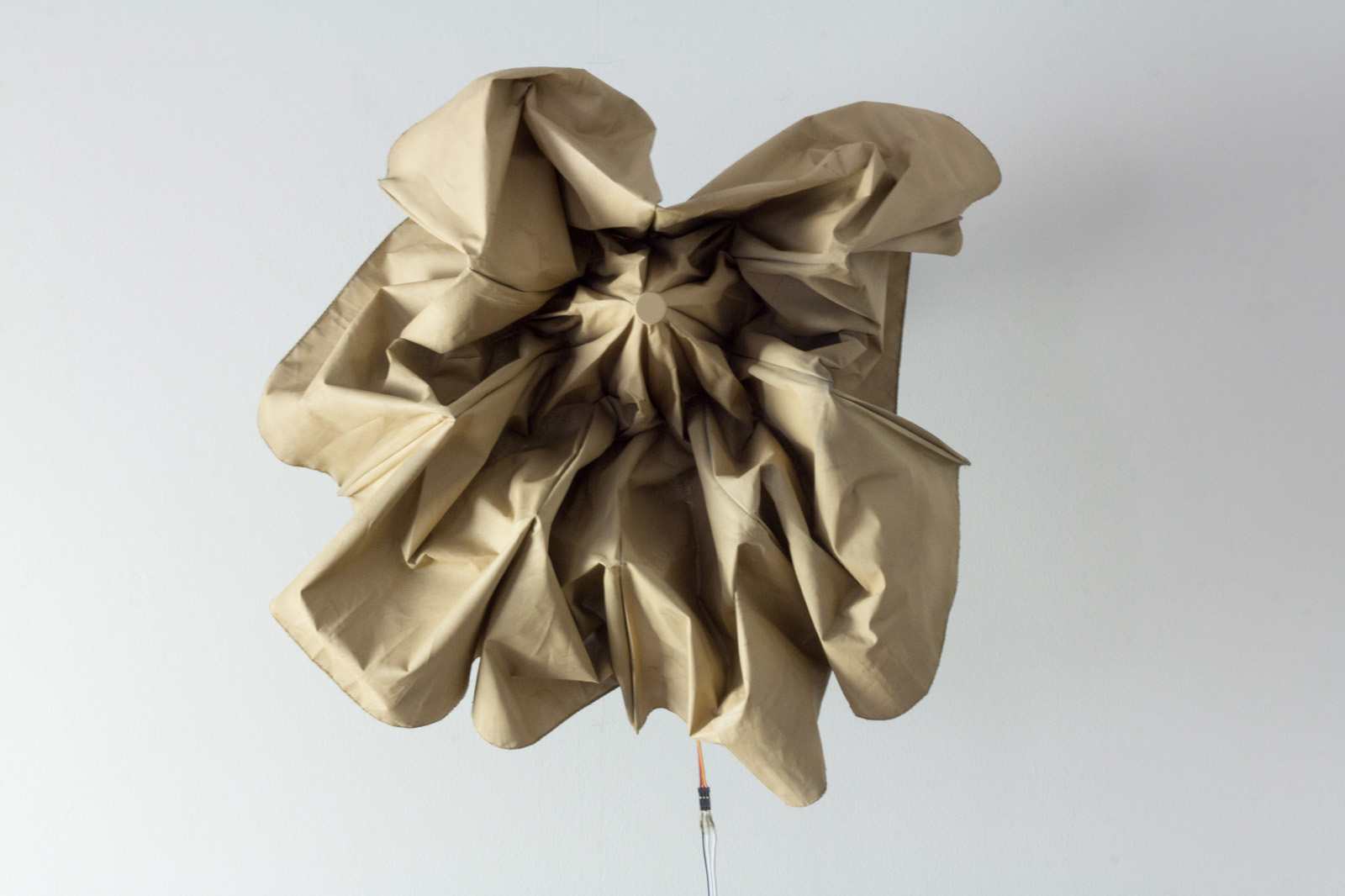 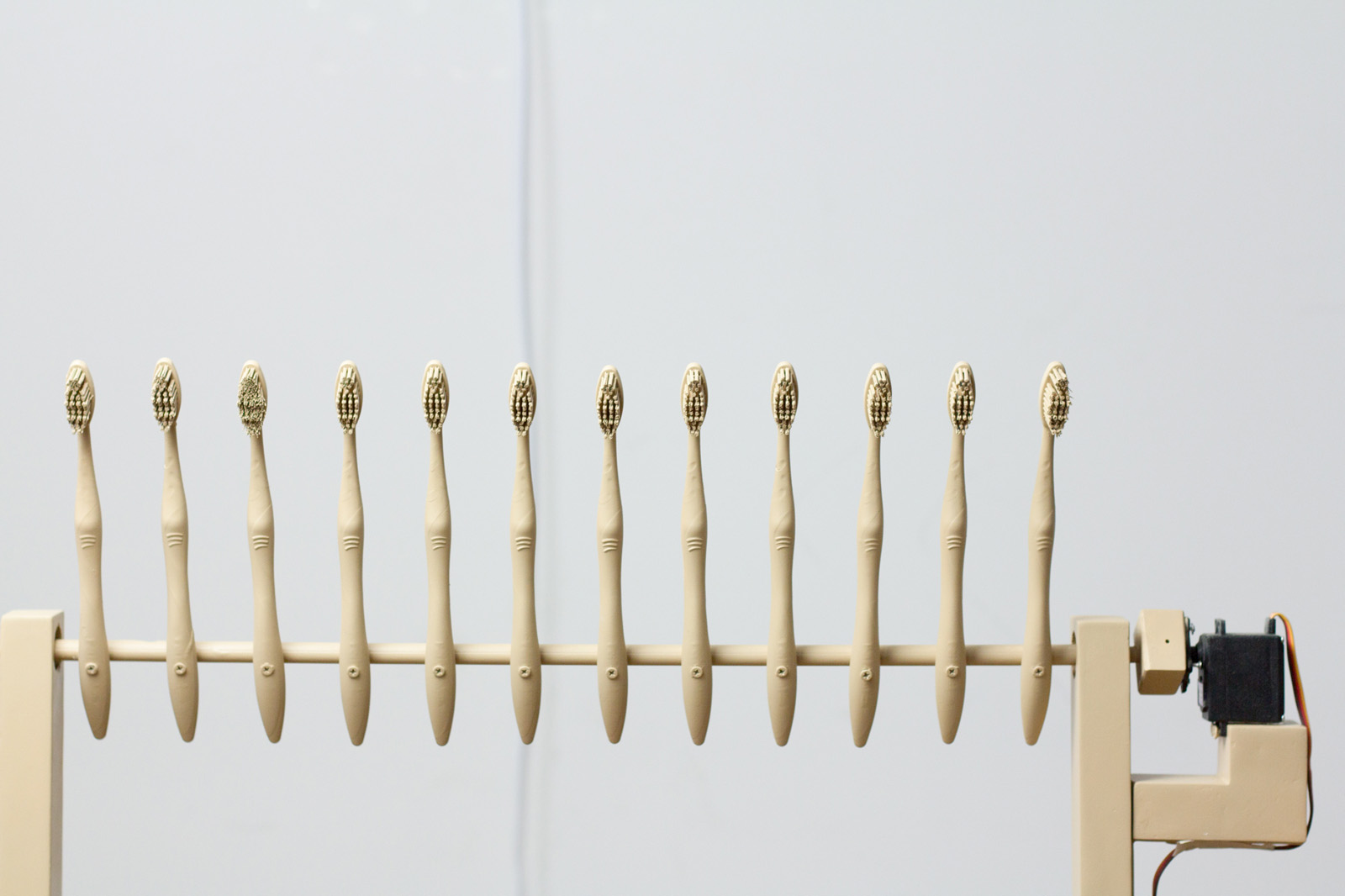 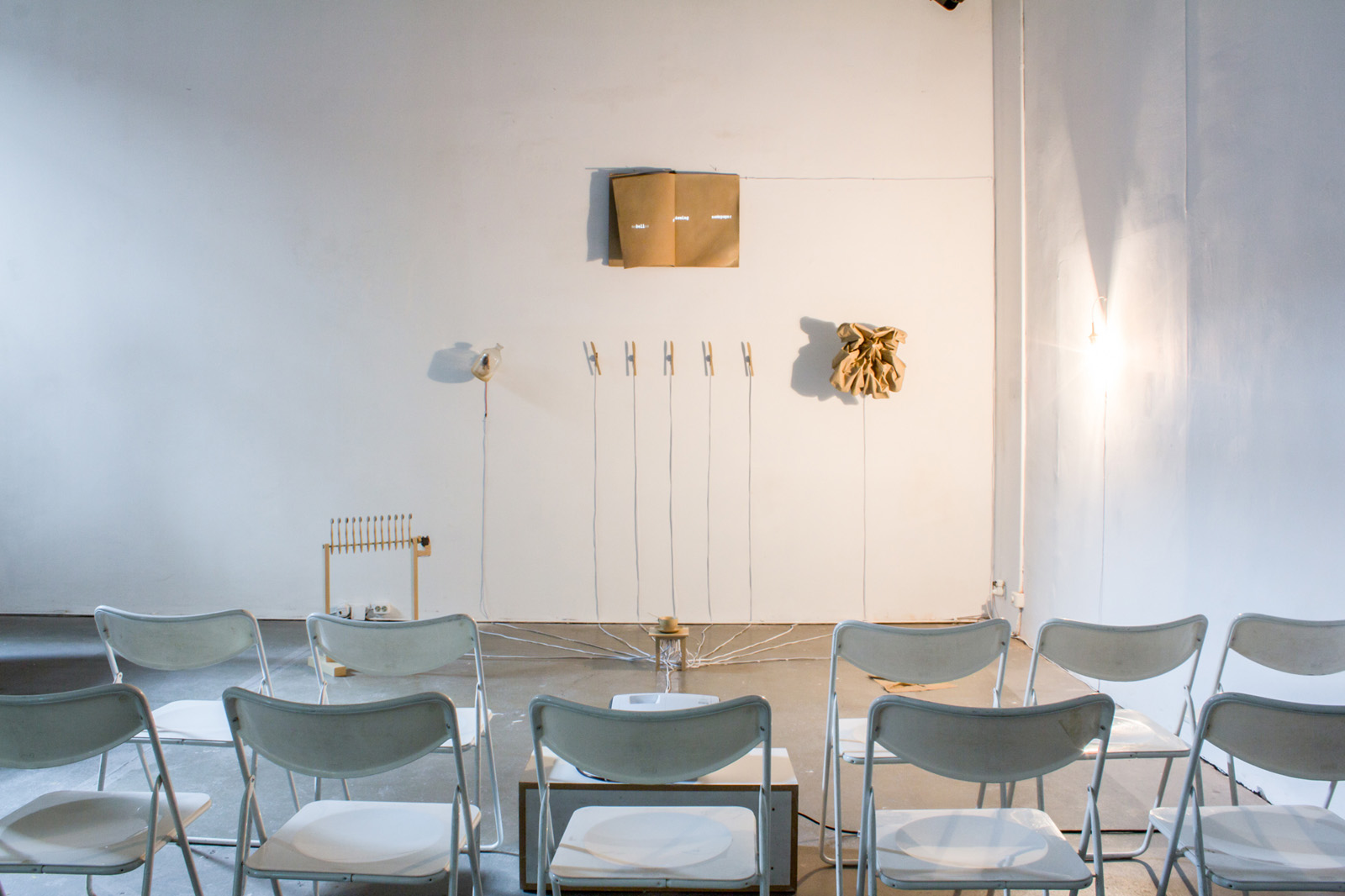 Premiere at the Städtische Gallery

This five-minute play is staged using ten servo motors and a DC motor with the Arduino platform and VVVV live programming environment.

Trailer for the premiere: 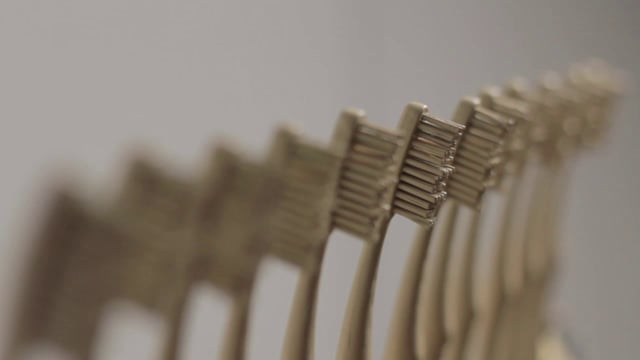 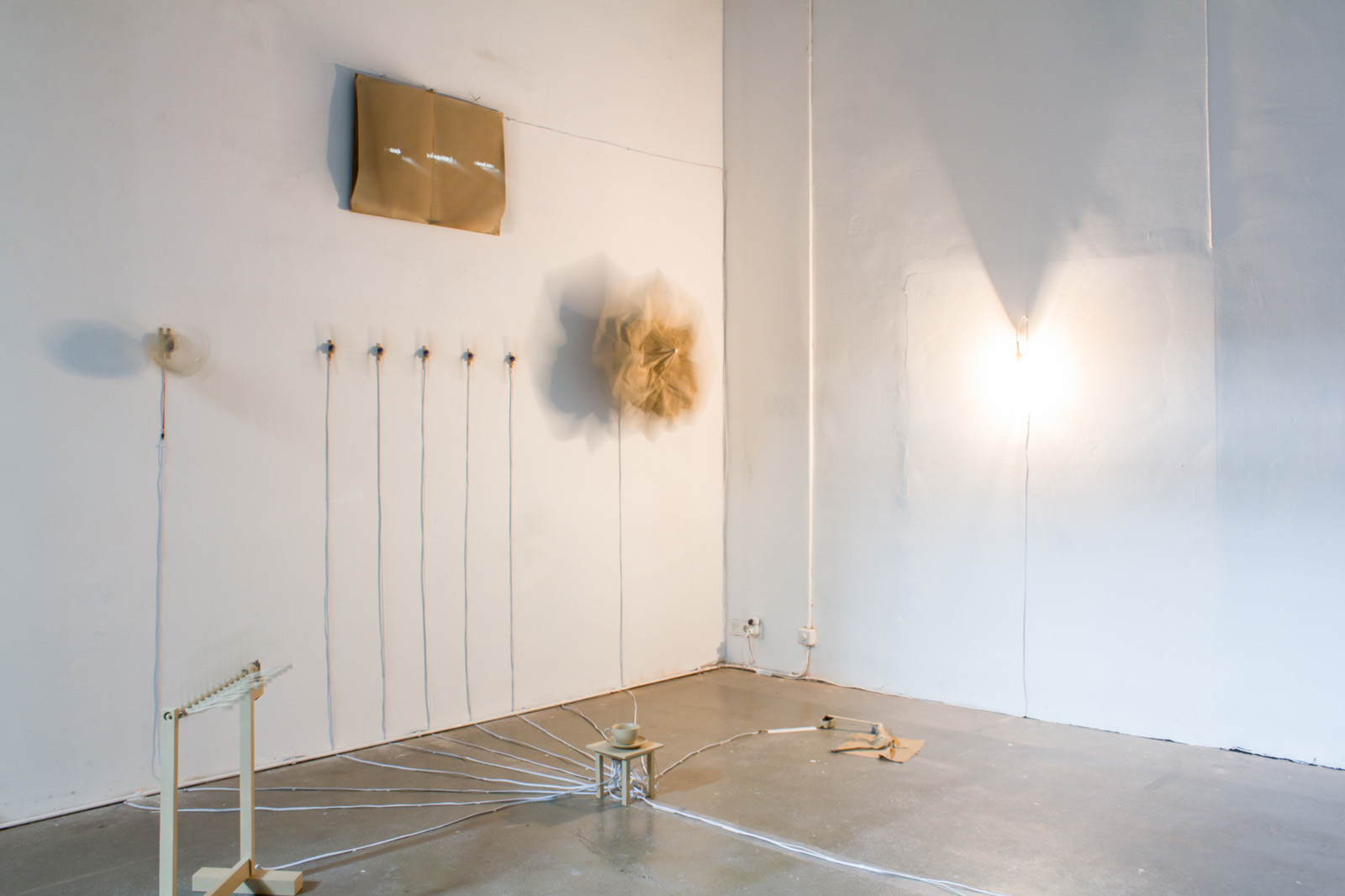 The performance at Städtische Galerie: 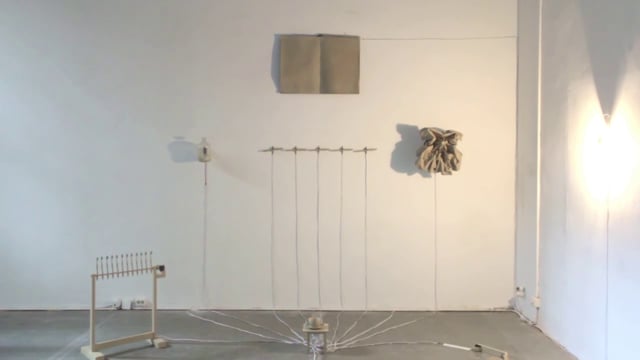 A full documentation of the project is also available.