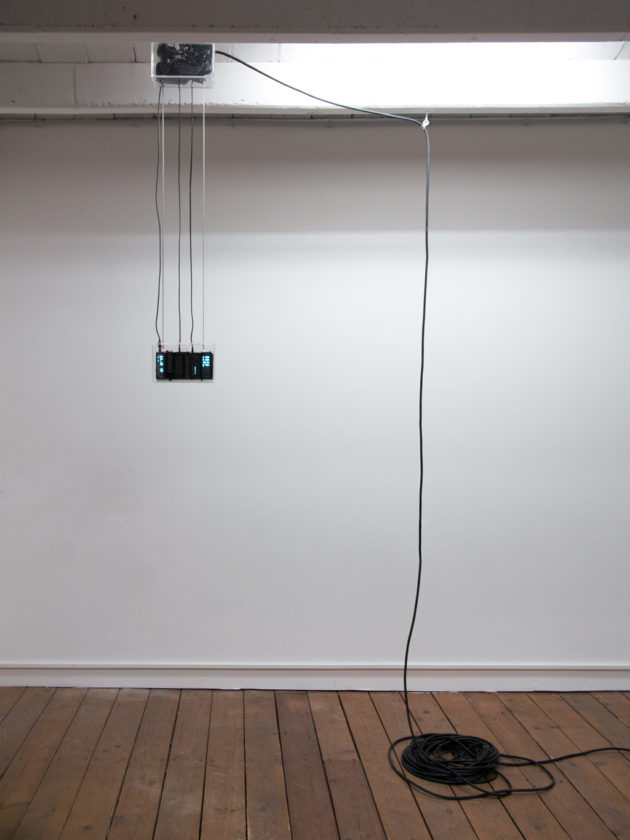 decipher is an installation investigating the aesthetic qualities of the vacuum fluorescent display (VFD) by tearing it out of its initial, purely informational usage. New imagery is being created to understand a distinct technology in all it’s beauty and resonating nostalgia.

Originally implemented in consumer electronics like VHS Players and microwaves, the VFD technology is reminiscent of the early eighties, a time when electronic devices became more affordable. As sudden as they were being introduced to the market though, they vanished yet again. Reason being that more energy efficient, cheaper and more light weight alternatives have been made available, such as LCDs and LED-displays.

As just a small component of complex devices the VFD never genuinely stood out just by itself. Characteristic qualities of this display are the typical green-blueish glow, which is due to phosphor coated anodes, and a fixed layout of segments, ready to display alphanumerical information as well as generic device-specific symbols.

Six single displays of slightly different kinds were salvaged from their former encasing and vertically arranged to form a new kind of screen. One which still embodies all characteristics of each single actor but furthermore unites them to create a whole. Now it is possible to display basically anything in a binary fashion by running footage in Processing and forwarding it to an Arduino, which eventually operates the screen. The plexiglass case of the installation is reiterating the glass encapsulation of the single VFDs so that the whole process is made transparent and visible to the spectator. 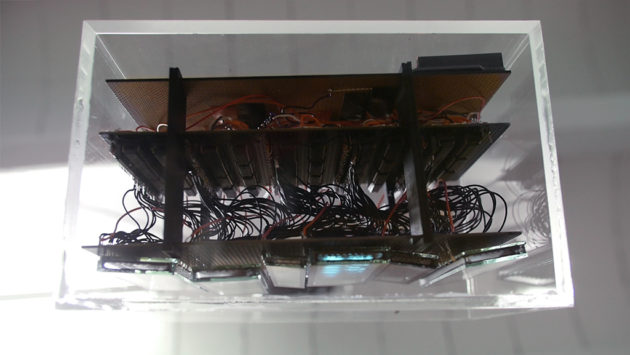 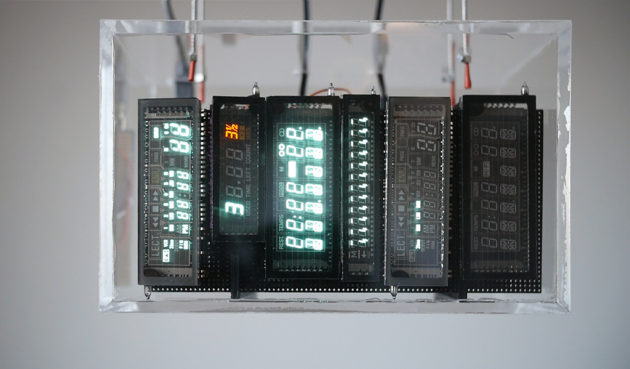