The Automatic Orchestra is an audio installation exploring algorithmic composition and networked music. A common set of rules distributed among a network of MIDI devices opens up a melodic space orchestrated by automatic logic and the artist’s vision. The perpetual interaction among the devices and the interpretation of encoded musical messages blurs the distinctiveness between structured composition and performative improvisation. 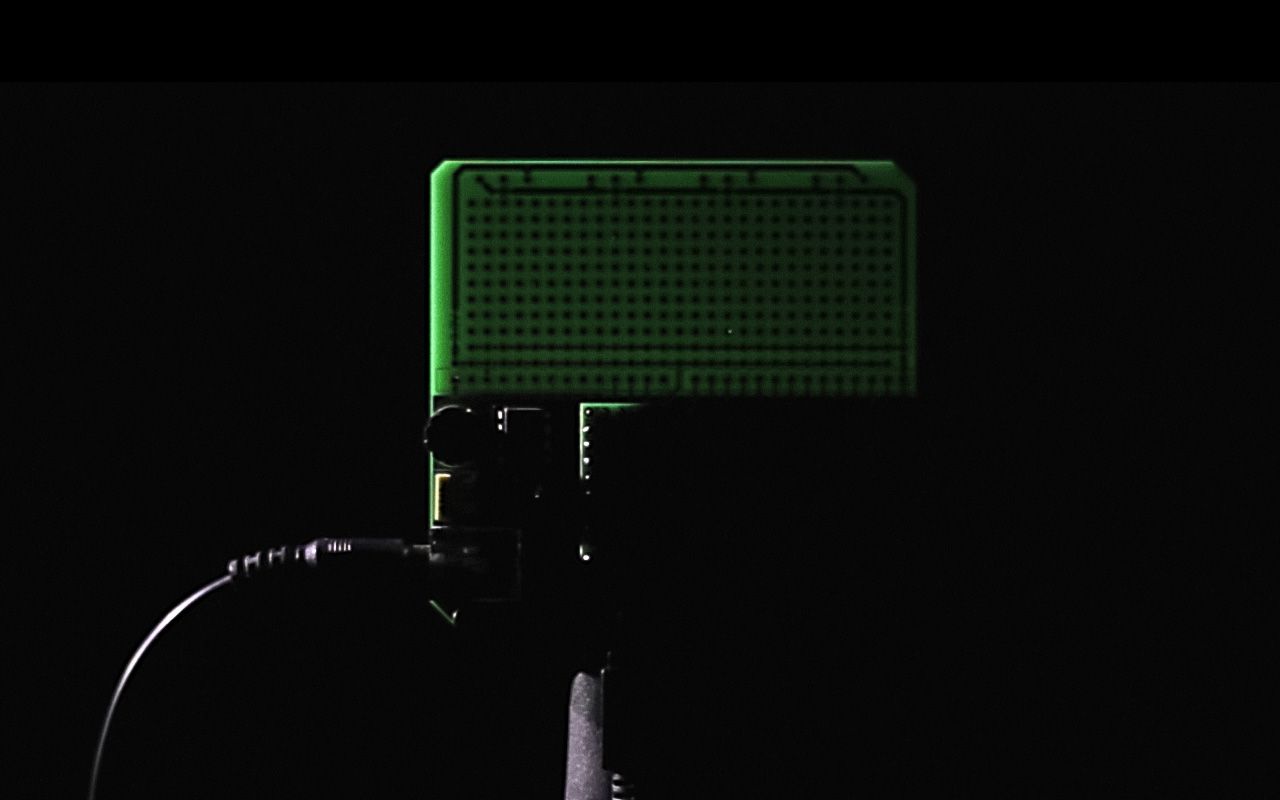 Overall the setup consists of 12 pods. One pod consists of a microcontroller mounted on a custom PCB board which is attached to a set of speakers. All pods are wired together to form a circular network transmitting musical data. Therefore the data travels through each unit before it is passed on to its neighbor. The synthesis of the audio parameters depends on the application running on each pod. A shared framework provides a synchronized basis for the exchange of encoded musical messages but each pod will interpret and alter the data based on its individual algorithmic rule set. 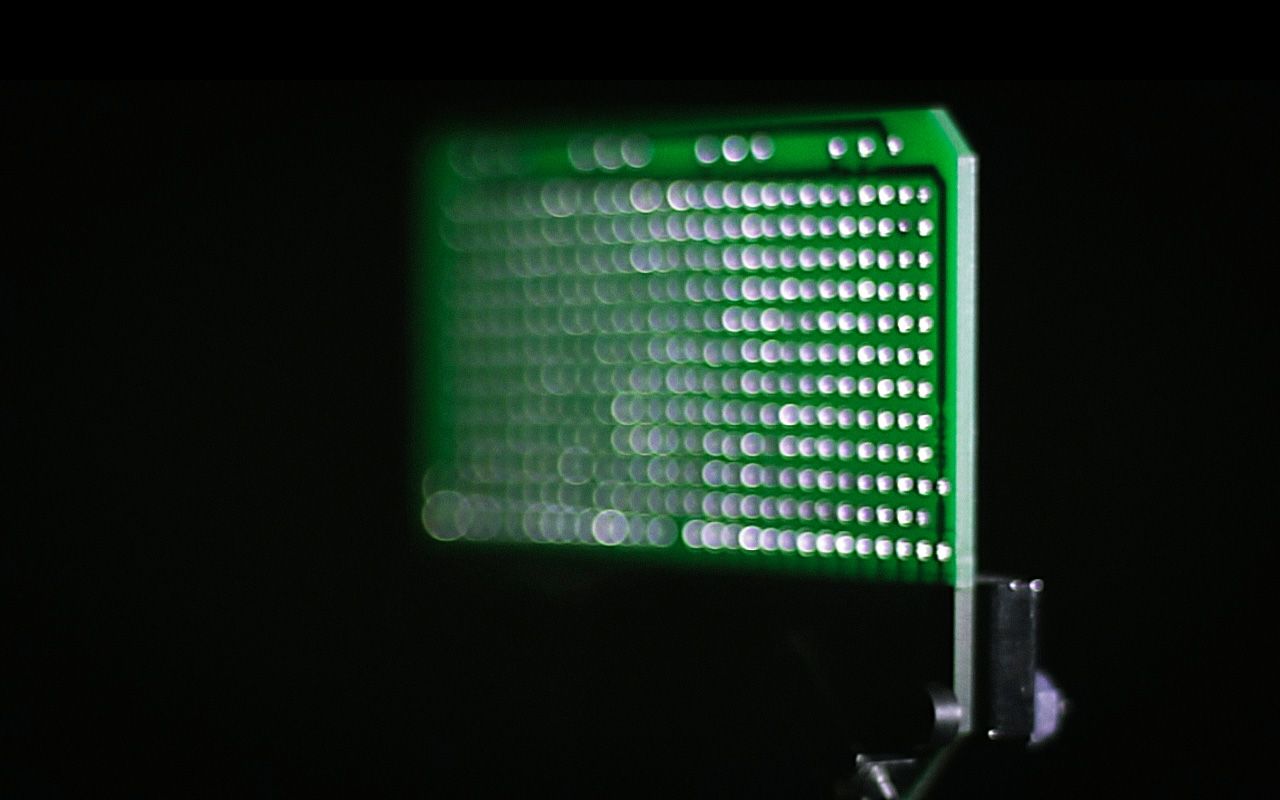 Derived from the CFO BODYSEQ board the compact PROTOSEQ units represent the foundation of the installation. The PROTOSEQ is build around a Teensy 3.1 board providing three jack connectors. Two of the jacks facilitate the MIDI communication via a MIDI IN and a MIDI OUT port. Each MIDI OUT port is connected to the MIDI IN port of its neighbor and so on until all boards are connected. The remaining jack is connected to the speaker to amplify the generated sounds. 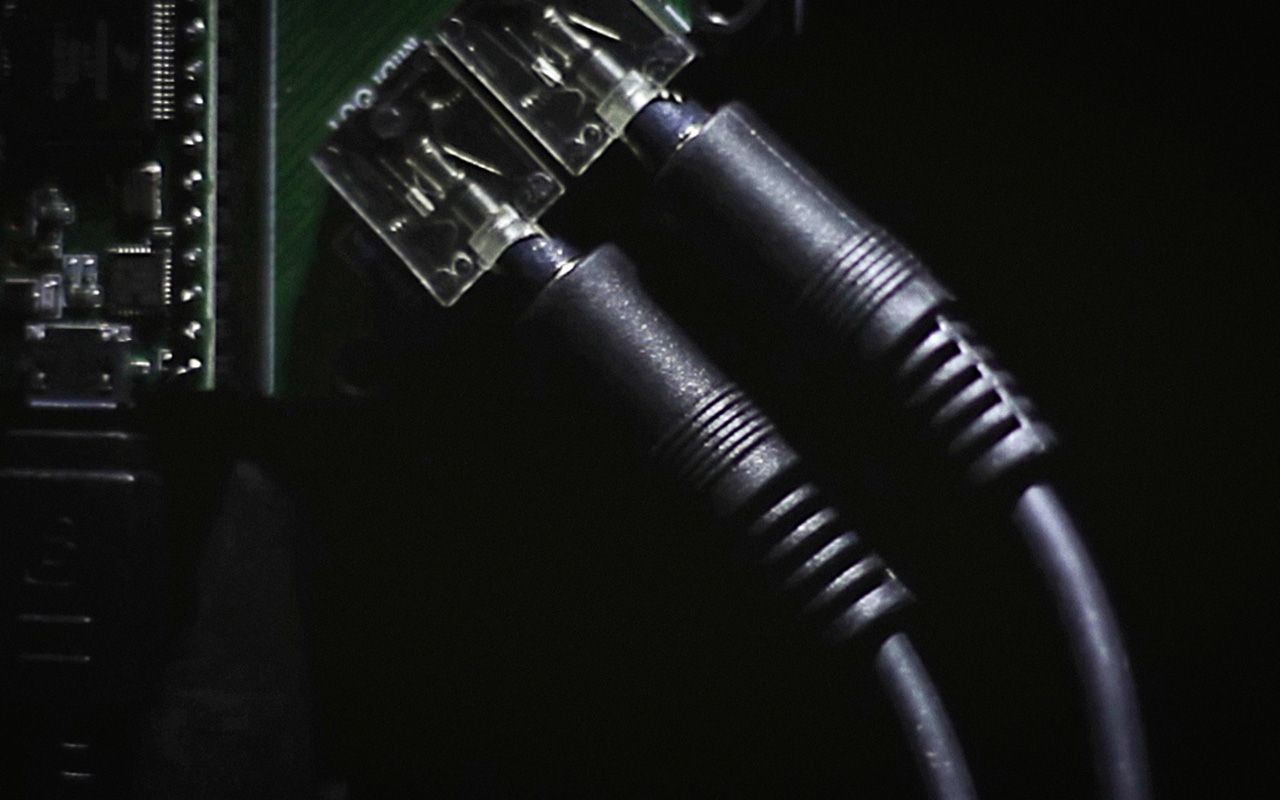 The framework used in the installation is a modified version of the CHEAP, FAT and OPEN (CFO) library which consists of two components: one for audio synthesis and the other is a customized implementation of the MIDI protocol. For the Automatic Orchestra the MIDI protocol was extended by several messages that reflect the network setup of the installation. Prior to the realisation of the framework several software prototypes to simulate the pod’s network logic and behavior were developed in Processing and Java.

Simulation of relaying a signal in a circular network in Processing 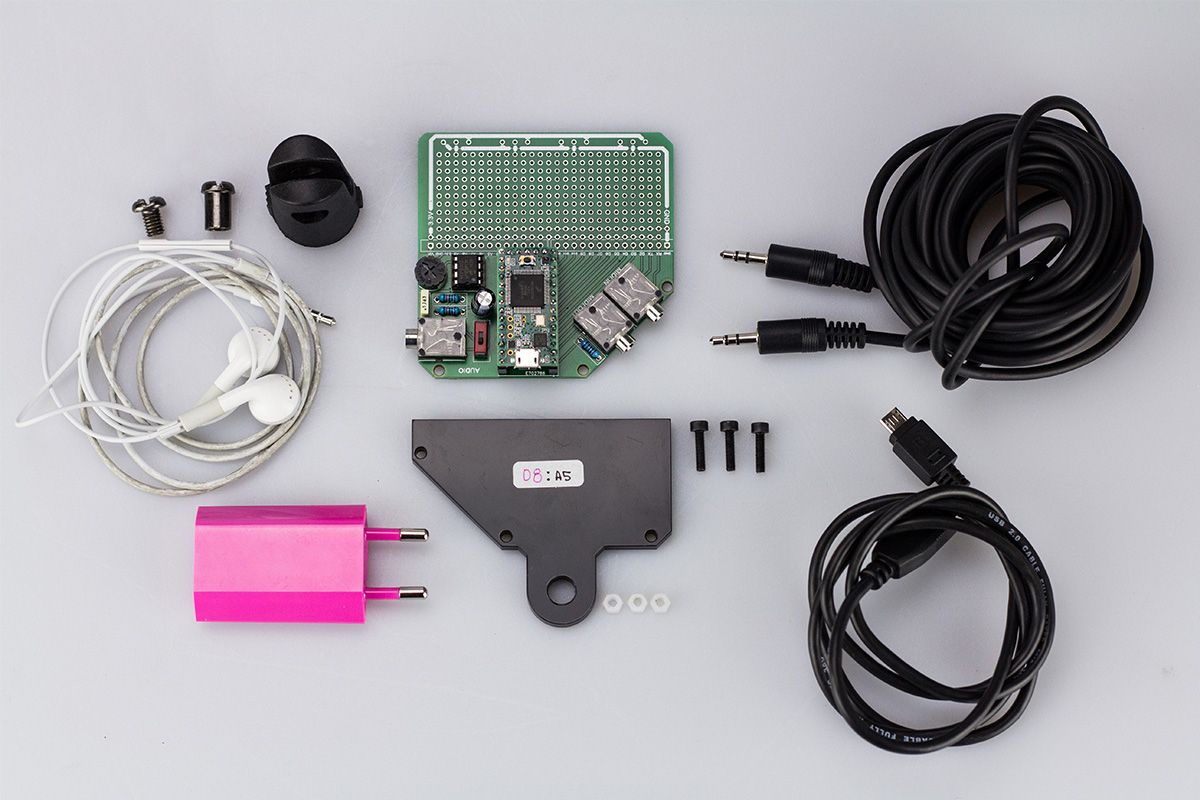 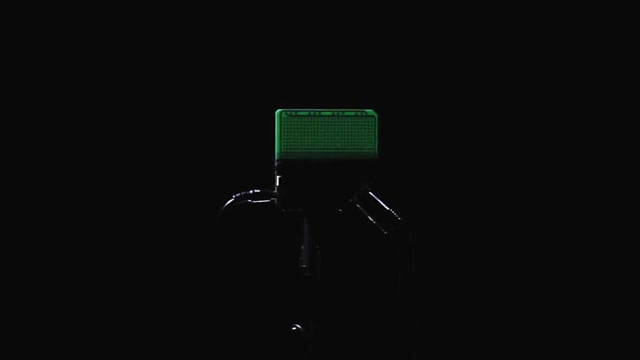 In 2015 the project was first presented at the Resonate conference in Belgrade, Serbia. Algorithmic compositions were developed in situ at the conference in a three-day closed workshop where visitors were invited to observe the development process and engage with the artists. The workshop ended in a 10 minute-long performance. Afterwards the installation was presented in the entrance hall of the conference. 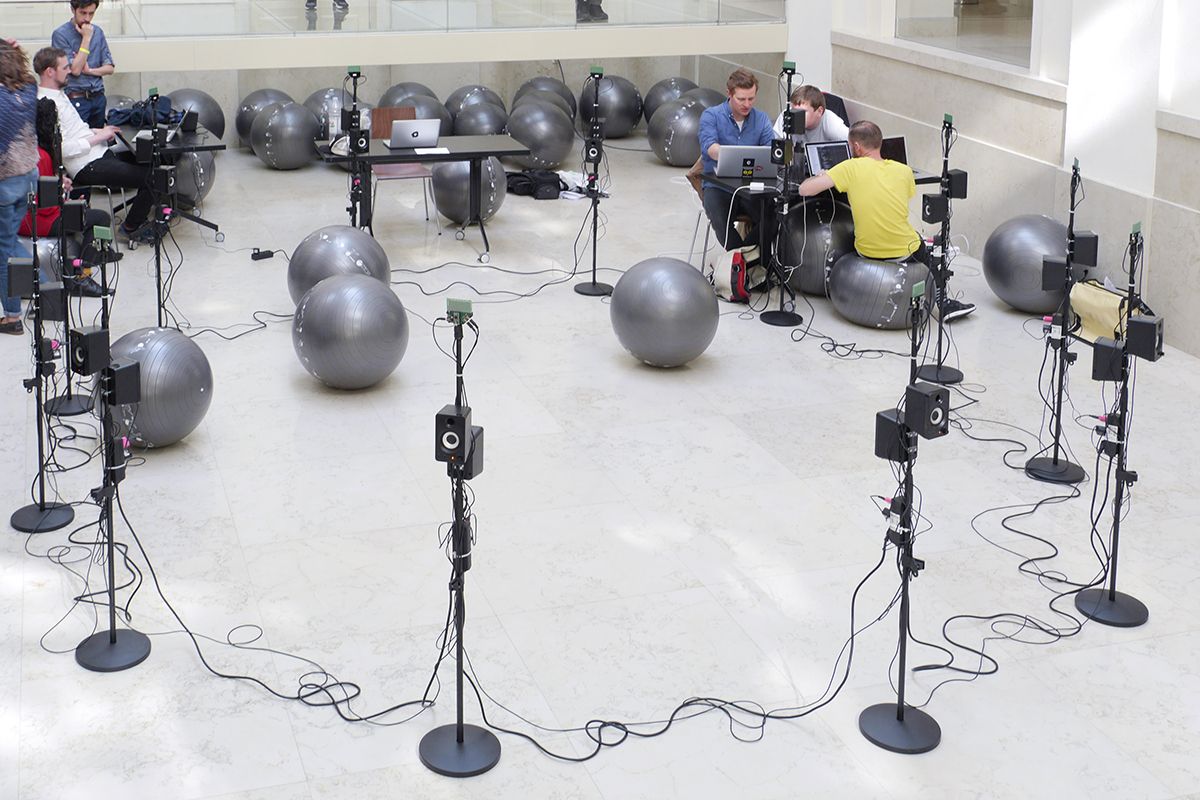 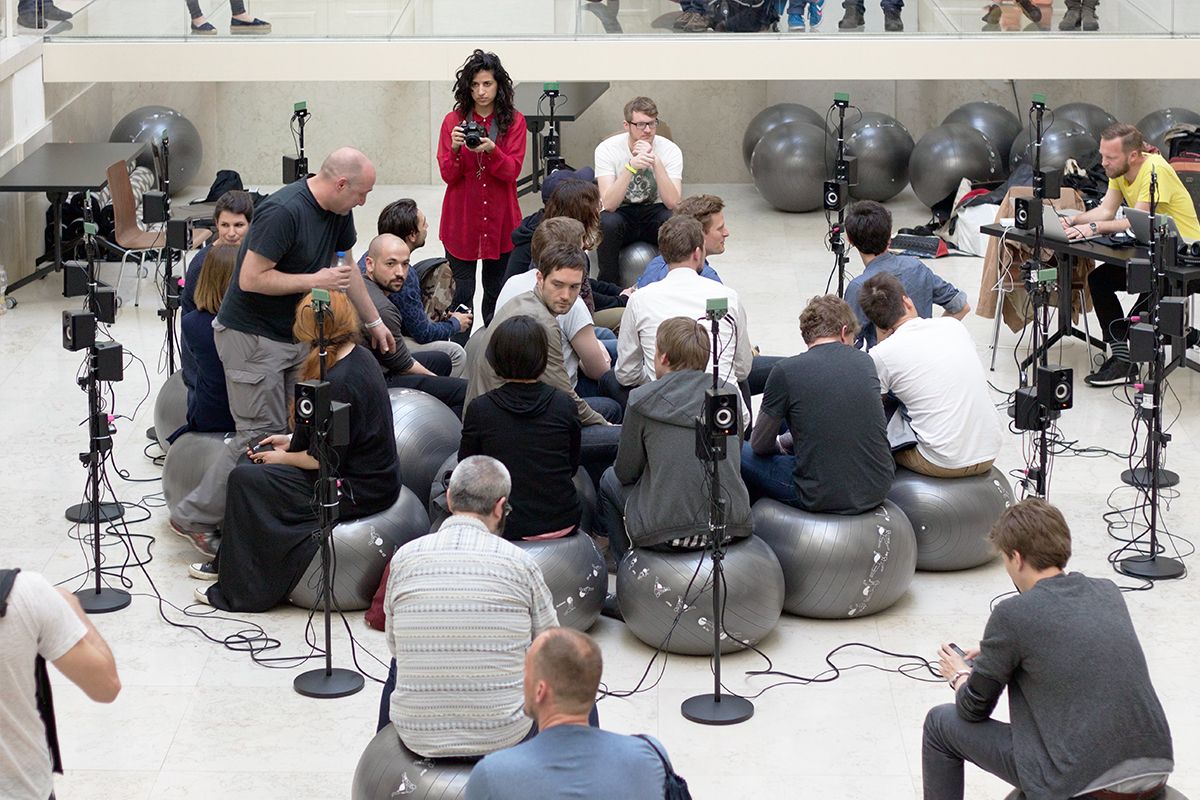