An exhibition/performance of generative digital debris: 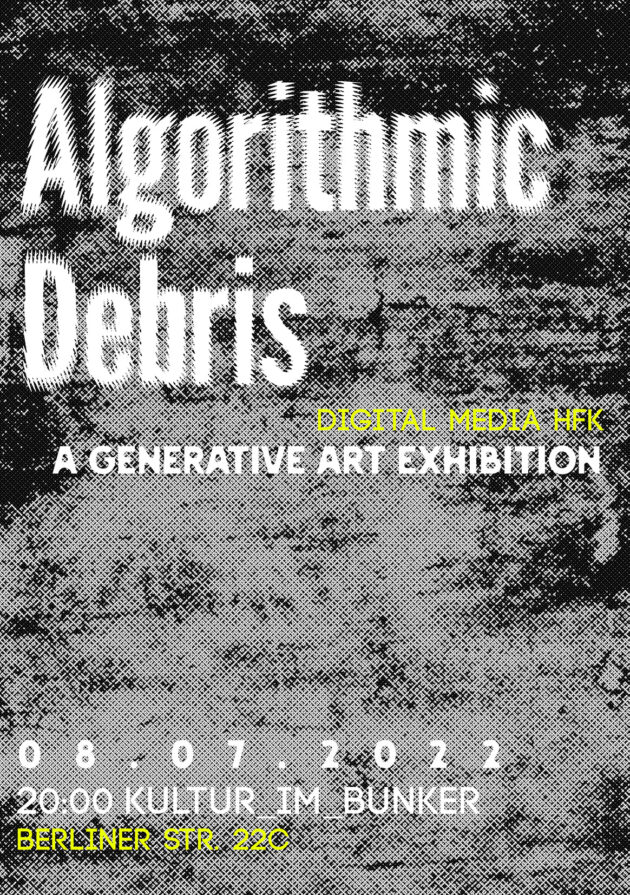 What is the Internet and what does it look like? What do you think of when you hear “Internet”?

The Internet is a very difficult concept to grasp in my opinion. And something different for everyone.

Does the Internet have a shape?

The “Internet Map” by Dr. Tom Murphy (http://tom7.org/harder/) , which shows “all” IP addresses of the WorldWideWeb has impressed me very much, because it seems to visualize the Internet directly.

At first glance, the map looks like a lot of noise. Dirt that becomes impressive patterns when you look closer and zoom in. Some sections have the texture of fields or cities from the Salite perspective, others are reminiscent of Ttris stones.

Everything follows a profound logic, which makes scrolling around the map and searching for patterns all the more fascinating.

is that art? street art is – as the name suggests – a form of art. even if many people don’t want to acknowledge this form of art. street art divides people. not only because it is usually created under illegal circumstances, but also because it is often found in places for which all hope has already been given up.

i associate street art and graffiti with old abandoned buildings, broken walls and a new way to design them. street art brings color to places where everything is already in ruins.
with my code i want to fill the walls of this old bunker with life again. with colorful paints and different brushes give you the opportunity to create your own art.

art for eternity. infinite possibilities to express yourself. to immortalize yourself. street art should “remain permanently” and permanently show: we were here! but in the change of time this art fades. new art emerges, old is painted over. that is the course of time. this installation gives you the opportunity to be a part of this eternity for a short moment. however, there is no way to keep your art permanently. after five minutes, your artwork dissolves again and everything starts over. art that represents freedom, is accessible to everyone and can be produced by anyone. street art can be created anywhere and there are no clear guidelines as to what this art has to look like. here you are offered a space to let your creativity run! 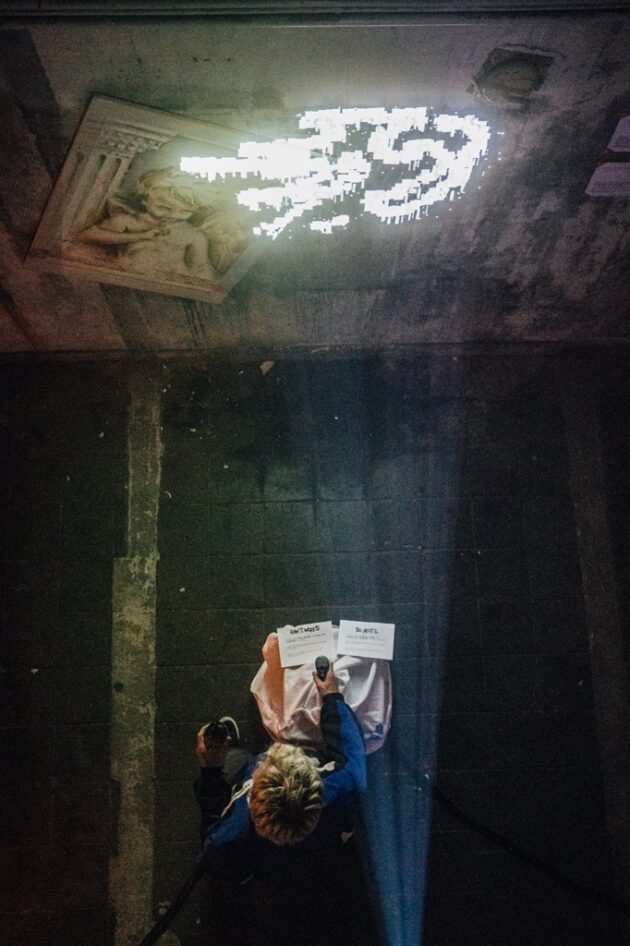 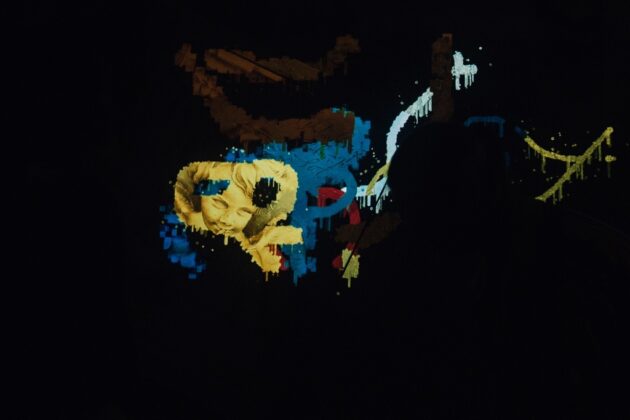 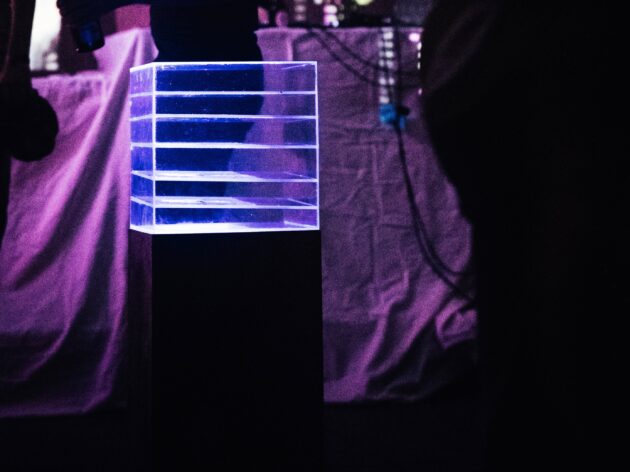 I build a cube from Acrylic-glass and added some layers so the light of the Animation will break multiple times and the illusion of an hologram will be created.

I created two seperate Animations wich are projected into the Acrylic layers.
With the overall topic of debris one Animation was my Interpretation of breaking stones, mud and destroyment I created a Code with Processing wich generated diffrent triangles and sharp outlines.

The second Animation was a particle flow of dust wich kinda created the symbolism of a tiny universe in this cube. 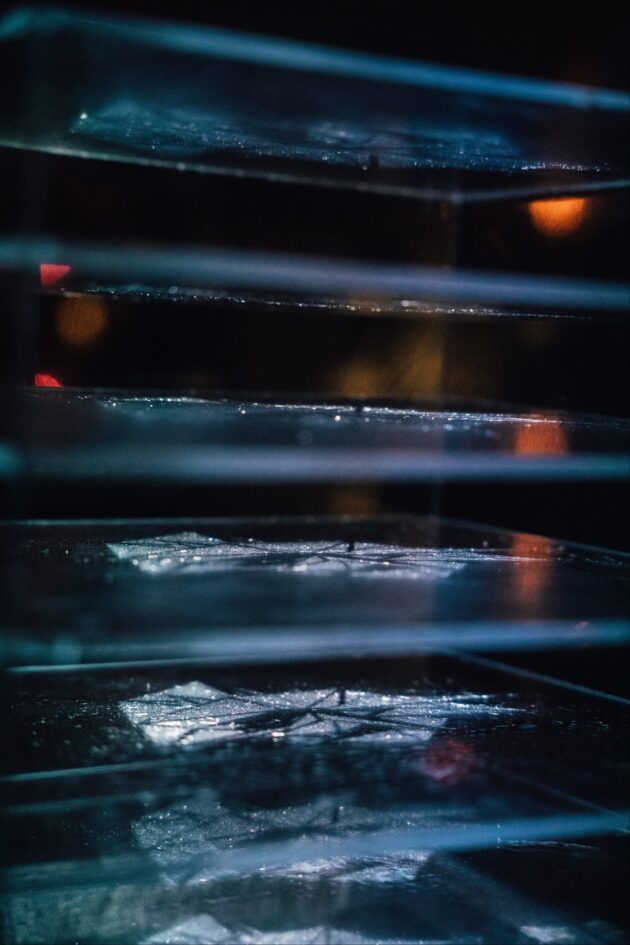 Man leaves traces. The term Anthropocene, introduced for this in 2000, has led to a great deal of discussion of this phenomenon. However, this is limited to the geophysical processes of the earth, in which man, to put it neutrally, leaves his mark. In this work I dedicate myself to the less noticed acoustic traces that we leave behind every day. In order to avoid consequential damage to health, the WHO recommends a maximum of 53 decibels per day, which corresponds approximately to the volume of a quiet conversation and thus approximately the noise level of this room. In order to increase awareness of the constant noise we make, I added a visual component to it ⎻ our brain is occupied by 80% of visual impressions, only after that e.g. acoustic ones follow. Practically synesthetically, the generative forms visualize the noise level of the room. Technically, I translated my visual idea into a set of rules and then implemented it in processing 4.0, in the form of source code. The diameter of the algorithmically generated circles is linked to the noise level, so a visual image of the noise in the respective room is created over a specified period of time. 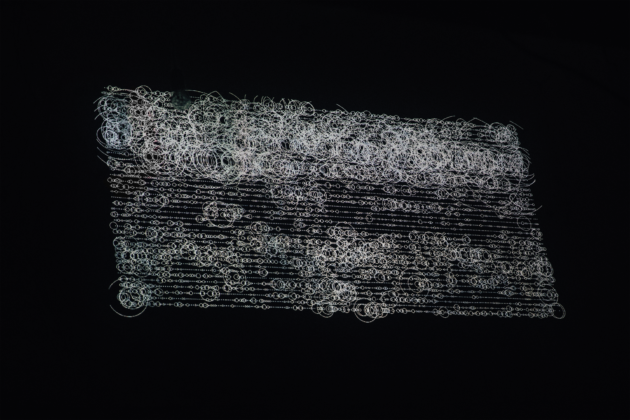 The sun is the source of life.

It is the center of our solar system.

It controls our climate and determines weather and seasons.

Without the sun there is no life on earth.

But the sun is also dangerous.

The ions damage the technology.The sun is the source of life.

It is the center of our solar system.

It controls our climate and determines weather and seasons.

Without the sun there is no life on earth.

But the sun is also dangerous.

The ions damage the technology. 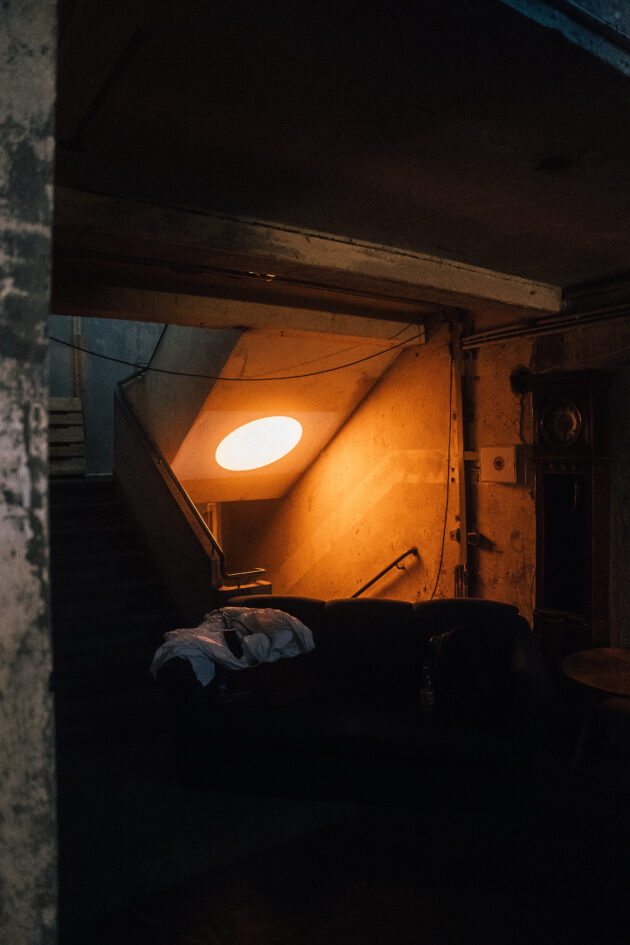 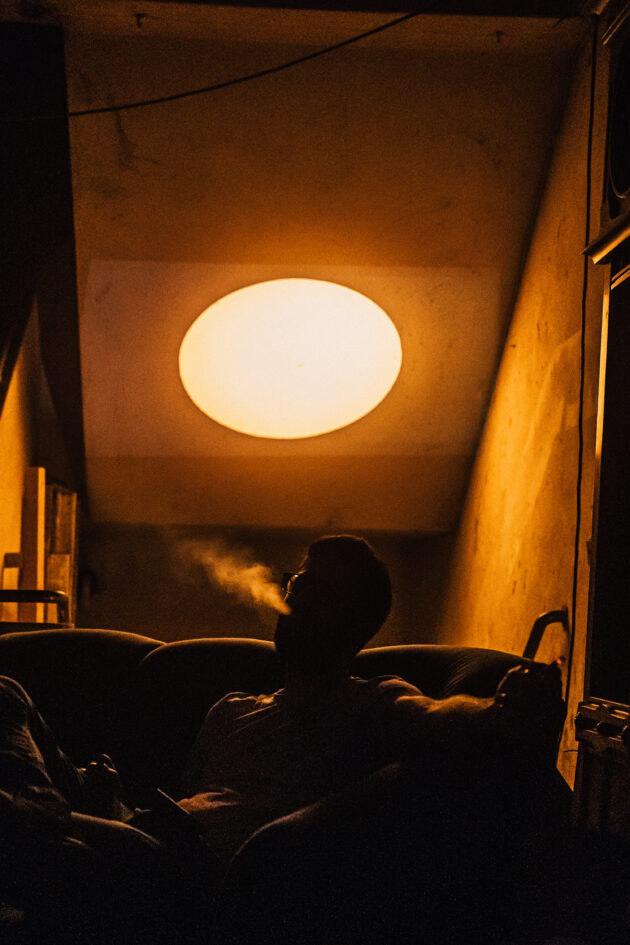 Andrea Álvarez, Invaders of the earth 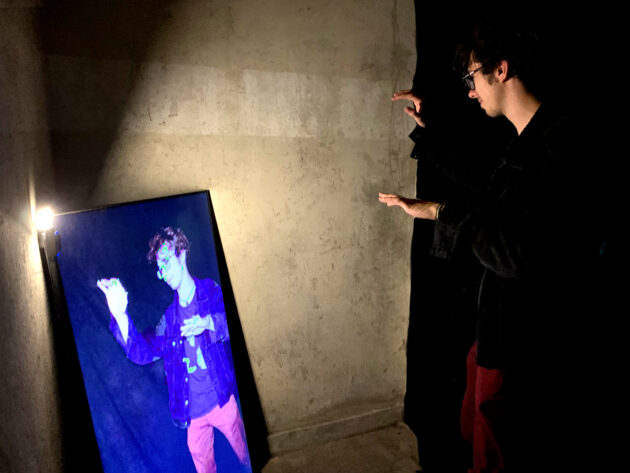 In humanity, having developed as a dominant species, narcissism has permeated the unconscious mind. Making us think we deserve more than any other species, seeing our happiness or well-being as a priority to that of any other being. Thus, we have invaded, infected, and reduced the space where before all beings communed as one. We made houses to take refuge from our environment, and we even created virtual spaces to feel safe. For this very reason we always forget that the species outside are equally or even much stronger than we are. They can even steal our lives without us even noticing. COVID was an awakening for many of us. It confronted us with the truth; our life is as fragile as the world we trample so much on. With this project I seek to infect the image of the viewer in the virtual world, a space that seems safer to us than the tangible. I want to confront him, making him realize there is nothing more dangerous than the alienation and lack of consciousness of the real realm. He will face his own decay, the possibility of disease and the susceptibility to microscopic species potentially more deadly than himself. 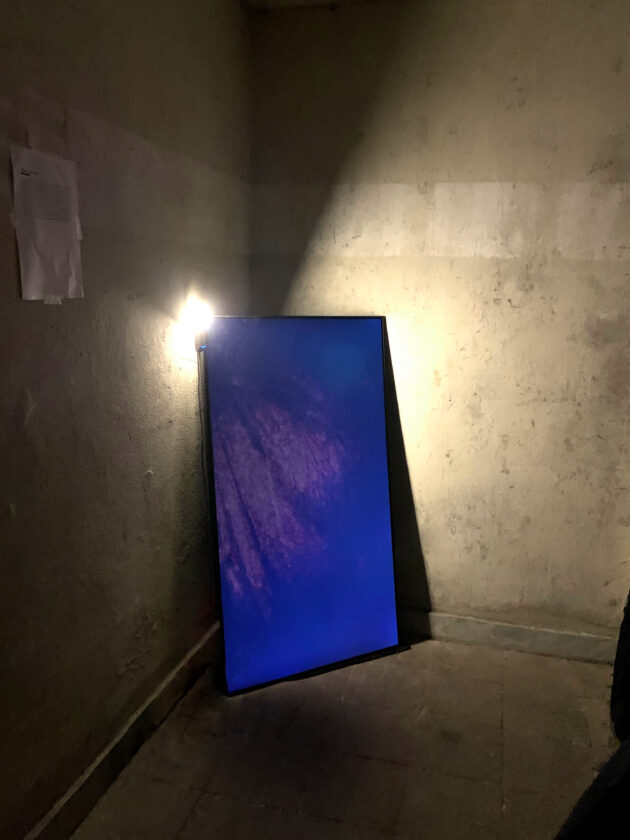 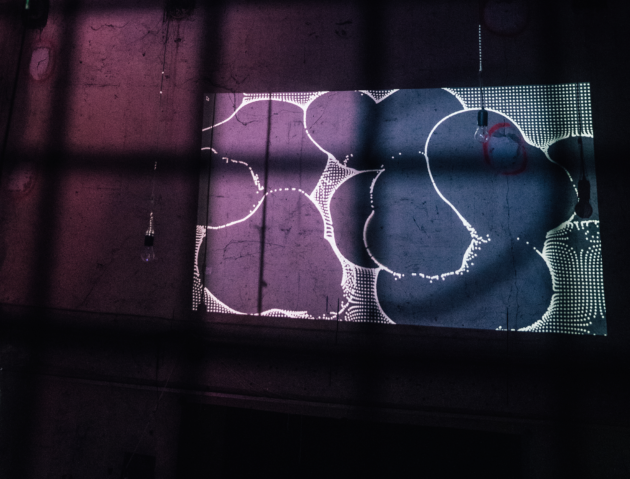 My project revolves around the idea of entropy in digital form.

Entropy itself is a thermodynamic process where a system is getting more chaotic with time just by existing – as long as it interacts with its surroundings and gains or looses energy. This interaction was a big part in my thought process. This was eventuality solved by a rudimentary thermal camera wich talks to processing in order to detect a human being or any warm object.

The entropy itself is portrayed by a particle system. It can be disrupted, cluttered and disordered by bringing energy through code into the system. Though it resets itself after a certain time to restart the process and maintain an appealing and interactive visualization. 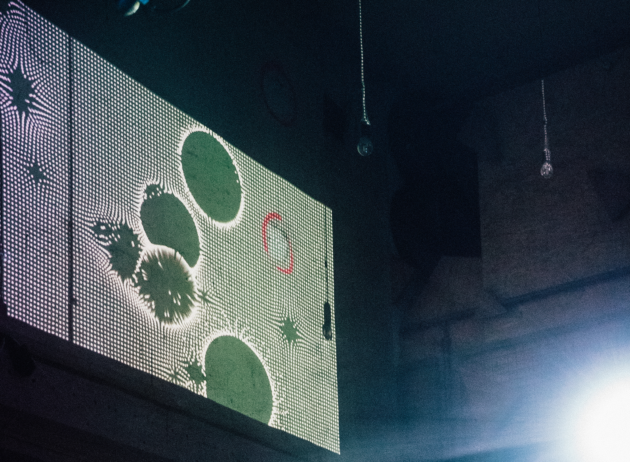 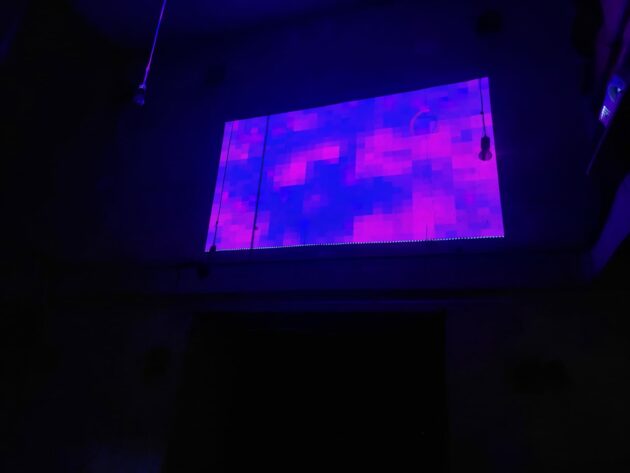 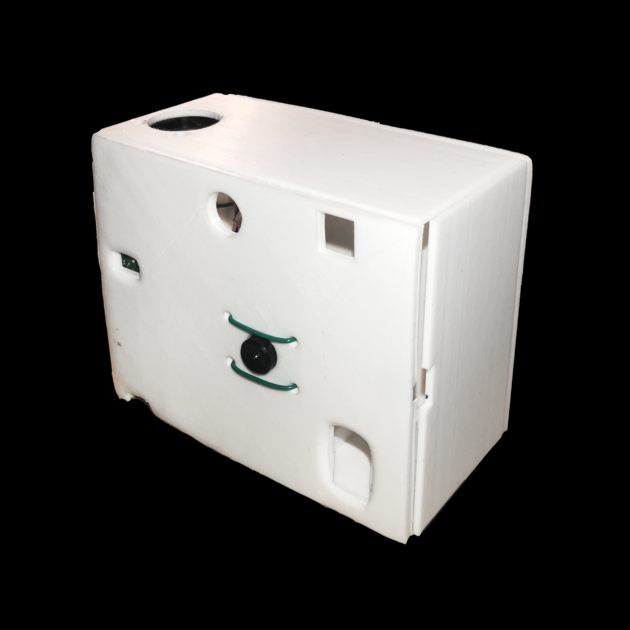