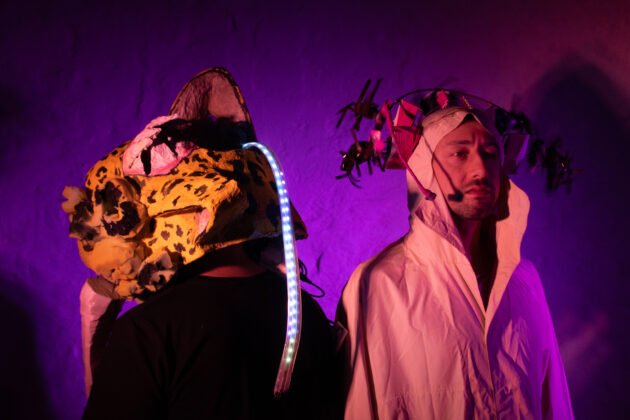 Techno-sonic performance, where Jaguar and Nene encounter to decipher the connections among raw materials, technology and the sun.

The Jaguar in Mesoamerican mythology is the protector of the jungle, light and darkness simultaneously. In this performance, a Cyborg-Jaguar embodies techno devices emitting the sorrows of a jungle in destruction. Nene del Solar is a designer of rhythmic machines, who questions the origin of the materials used in their fabrication, placing into a dialogue the ancestral knowledge of making drums with the digital-electronic.

Through colonial dynamics, the fabrication of electronics and industrial machinery has been historically linked to the exploitation of territories in the Global South. The project explores the close relations between the sun and the tropical area, as a concept defined by the incidence of the solar rays, an endangered area full of biodiversity and natural resources. Through body in movement, poetry and sound, Jaguar and Nene inquire the problematics around the ontological division in Western thought between the animal and the human, technology and nature.

Jaguar’s suit produces sound. Different samples that were all recorded in El Salvador; birds, bulldozers, machines in a sound collage. This cyborg-skin also affects the jaguar’s voice, according to the movement of the body. 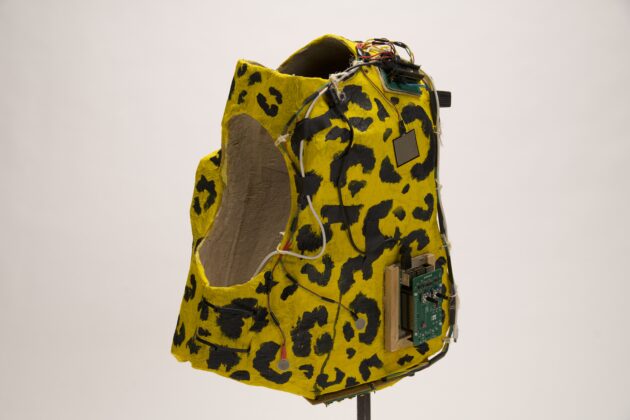 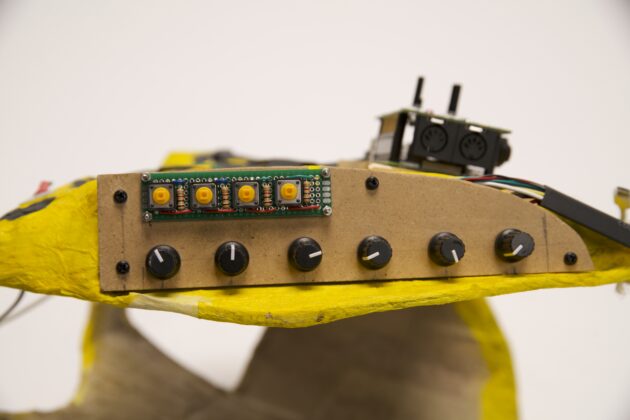 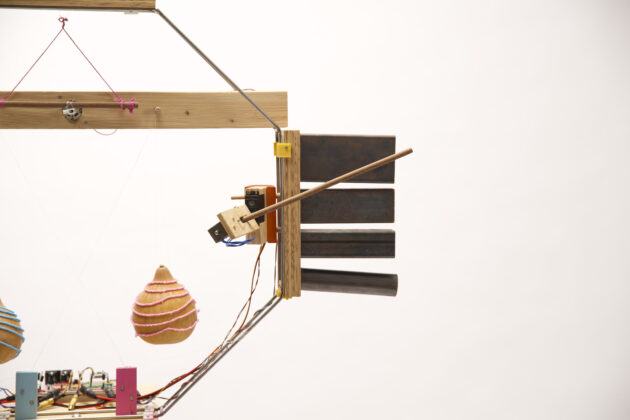 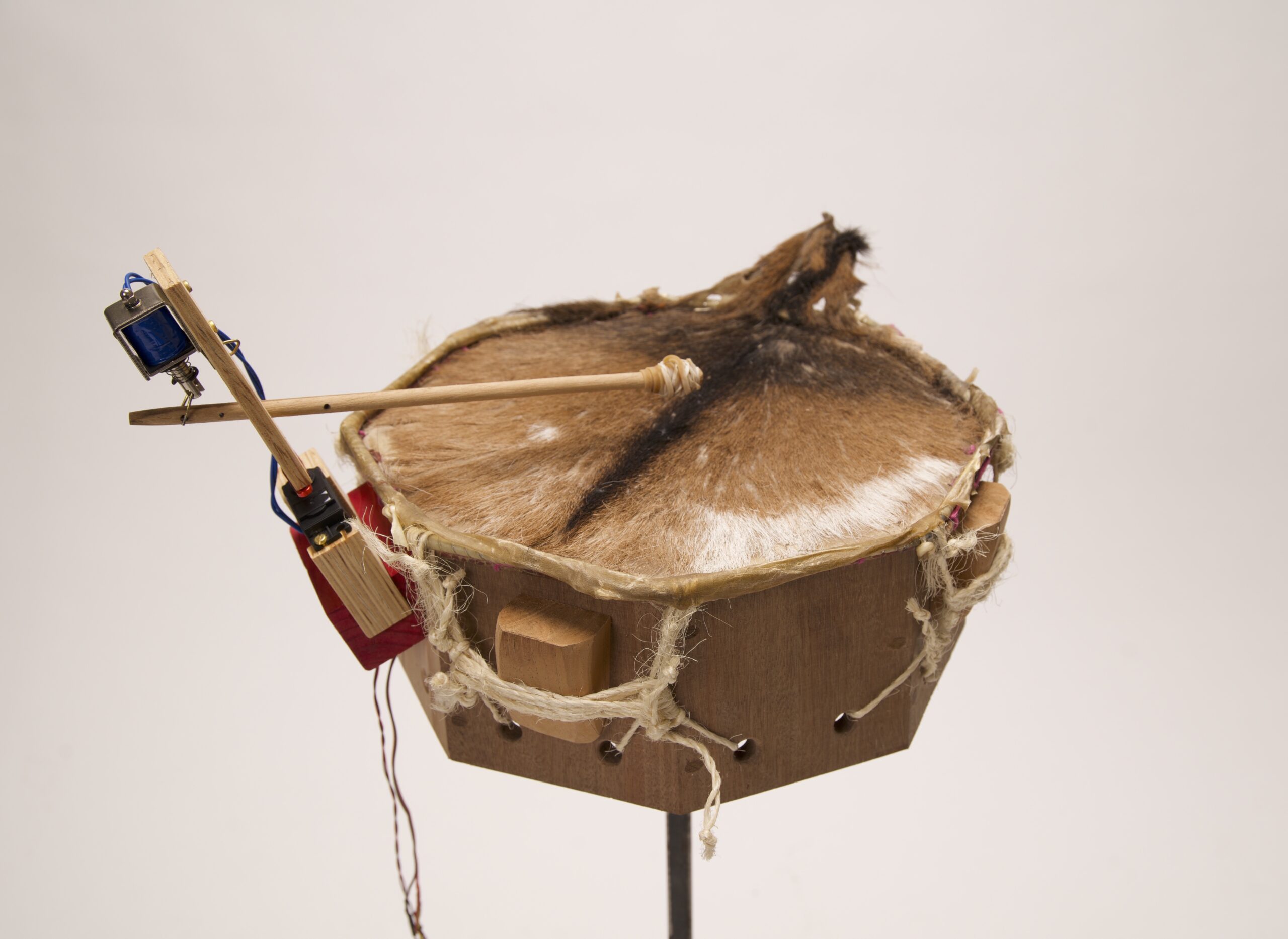 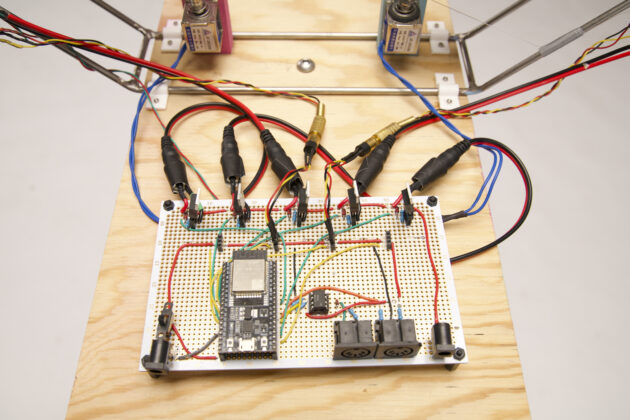 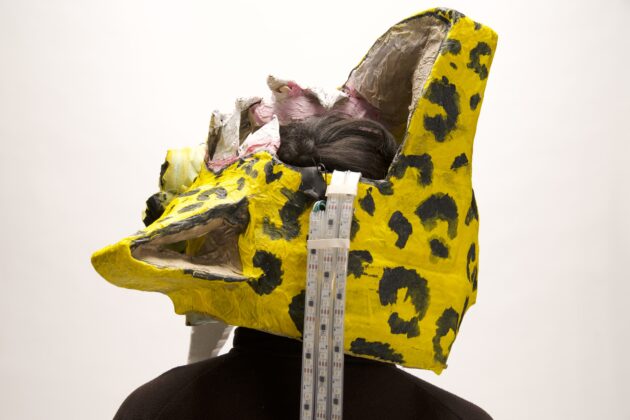 A crown of intra-communication with the tropical cyber space. Engines gyrate when Nene sings and conjures his sorrows and pains. 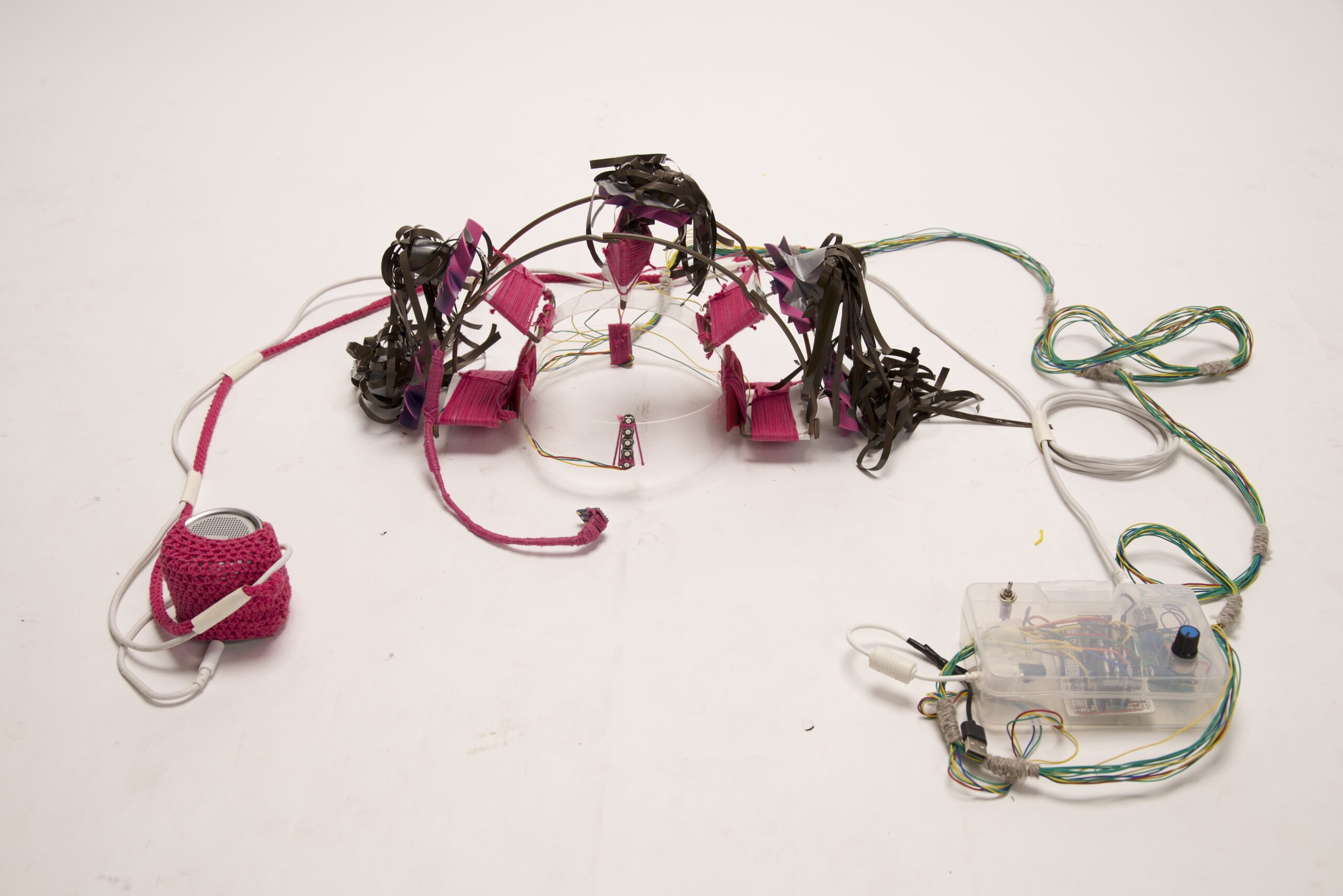 The Sun Seeker, a sonorous artifact with wich Nene del Solar transforms the voice and produces melodies generated by the heart beat. 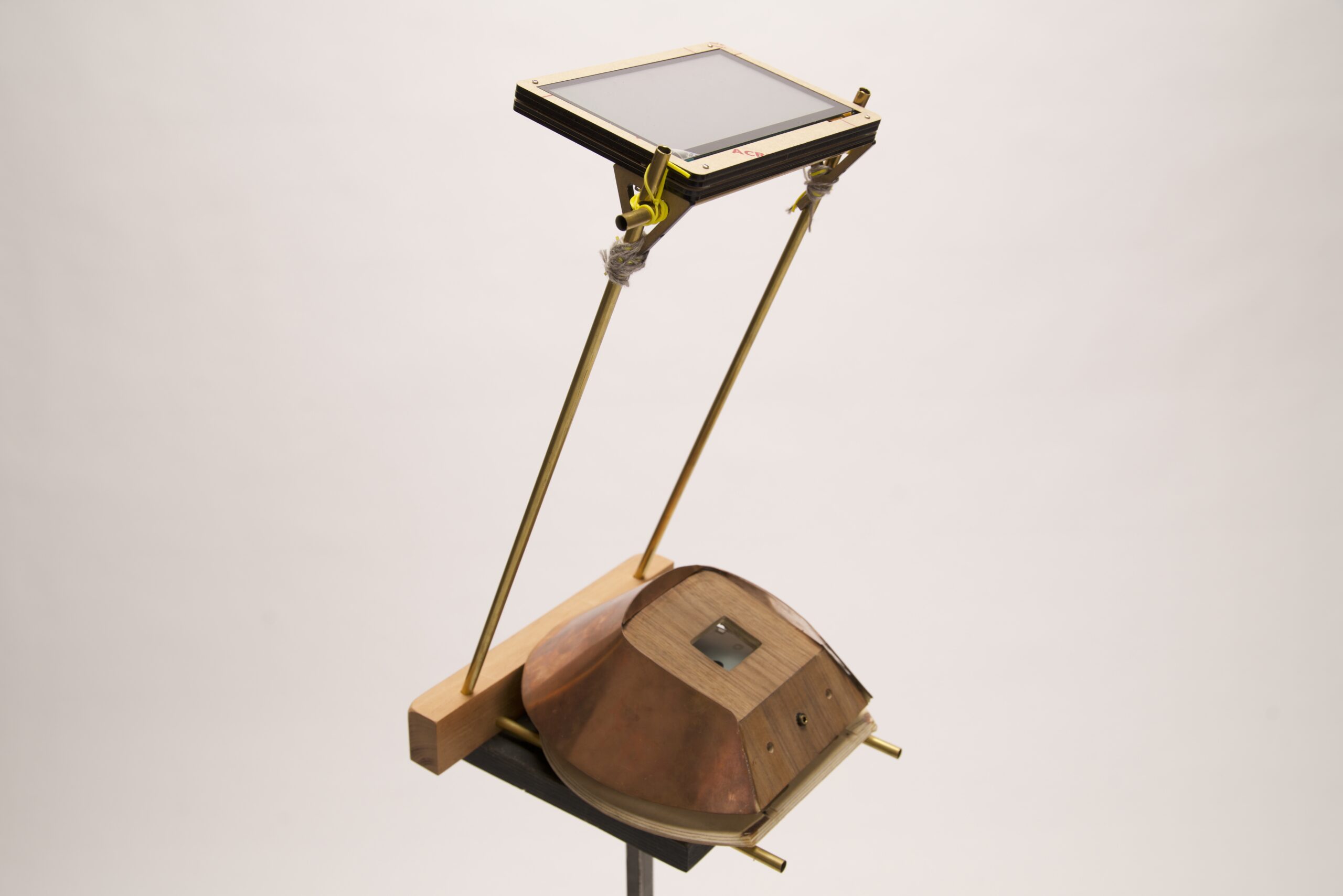 A leather belt turns the hips into a interface to control “Los Robots del Ritmo”. It is through the hips that Nene translates the sun’s heat into body heat. The hot belt, created by the sun, becomes a symbol and is placed on the hips. Just as the tropical is drawn in the middle of the world, the belt is placed in the middle of the body. Nene and Jaguar use this device as an emancipatory object which allows them to connect their bodies to the machines. 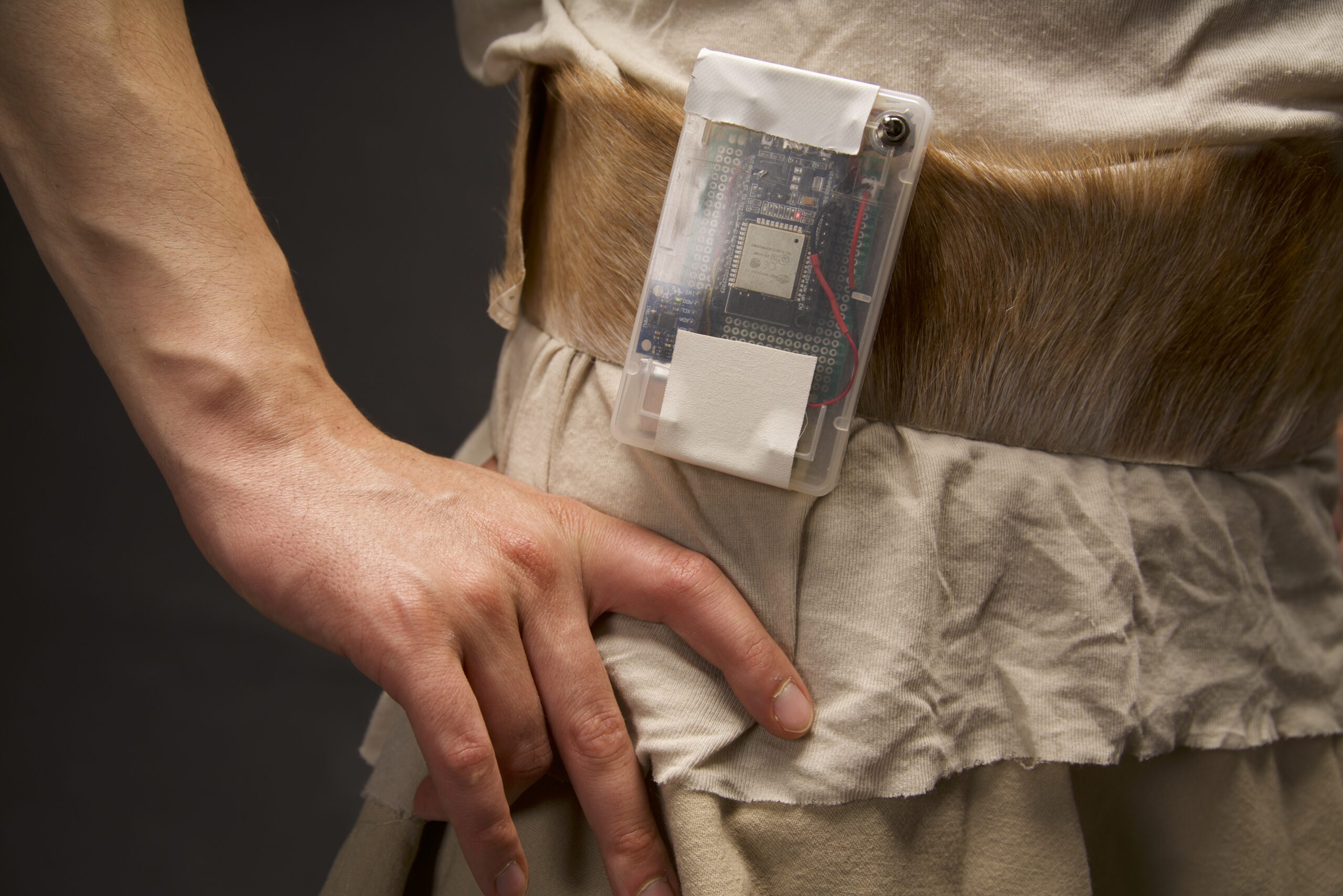 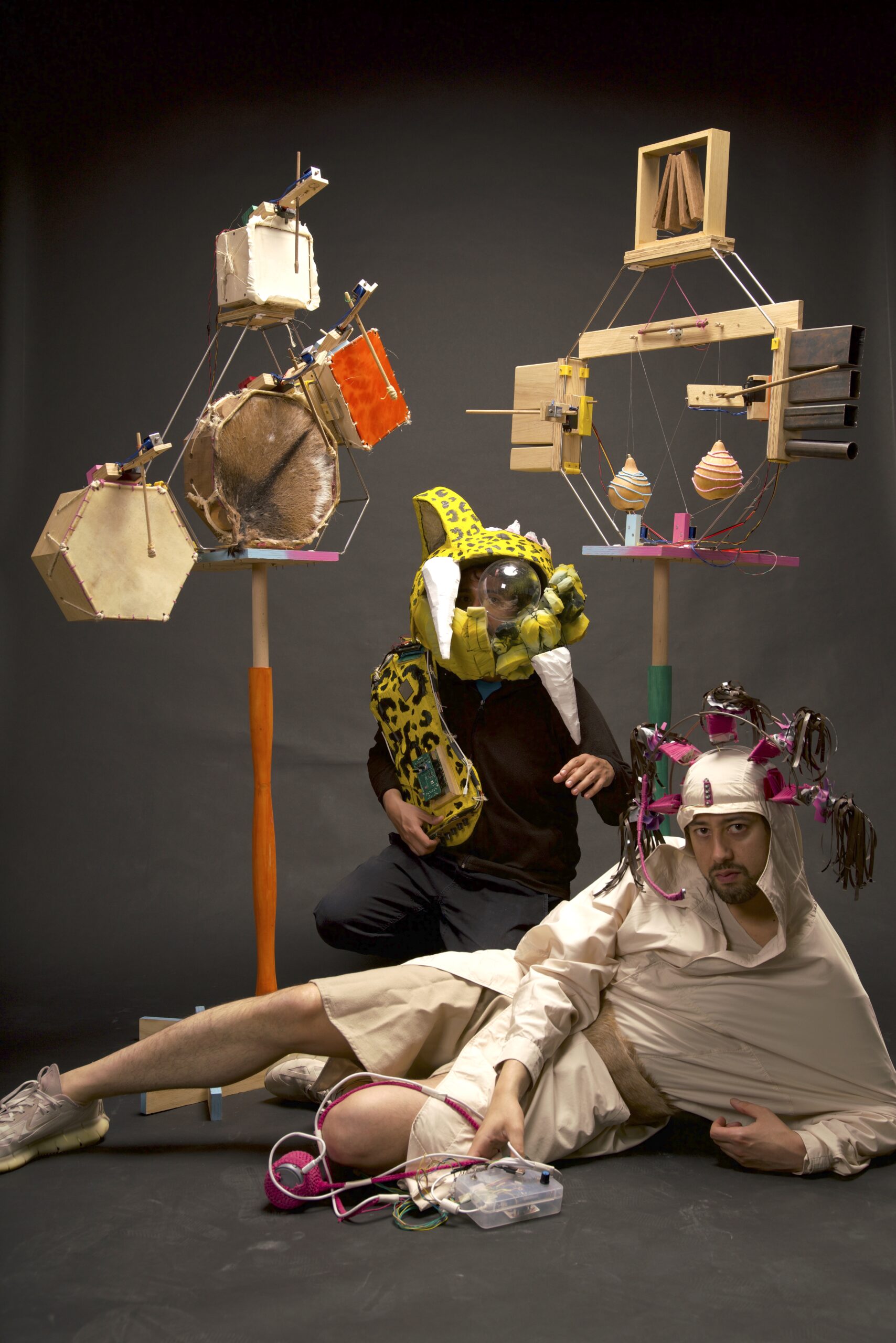 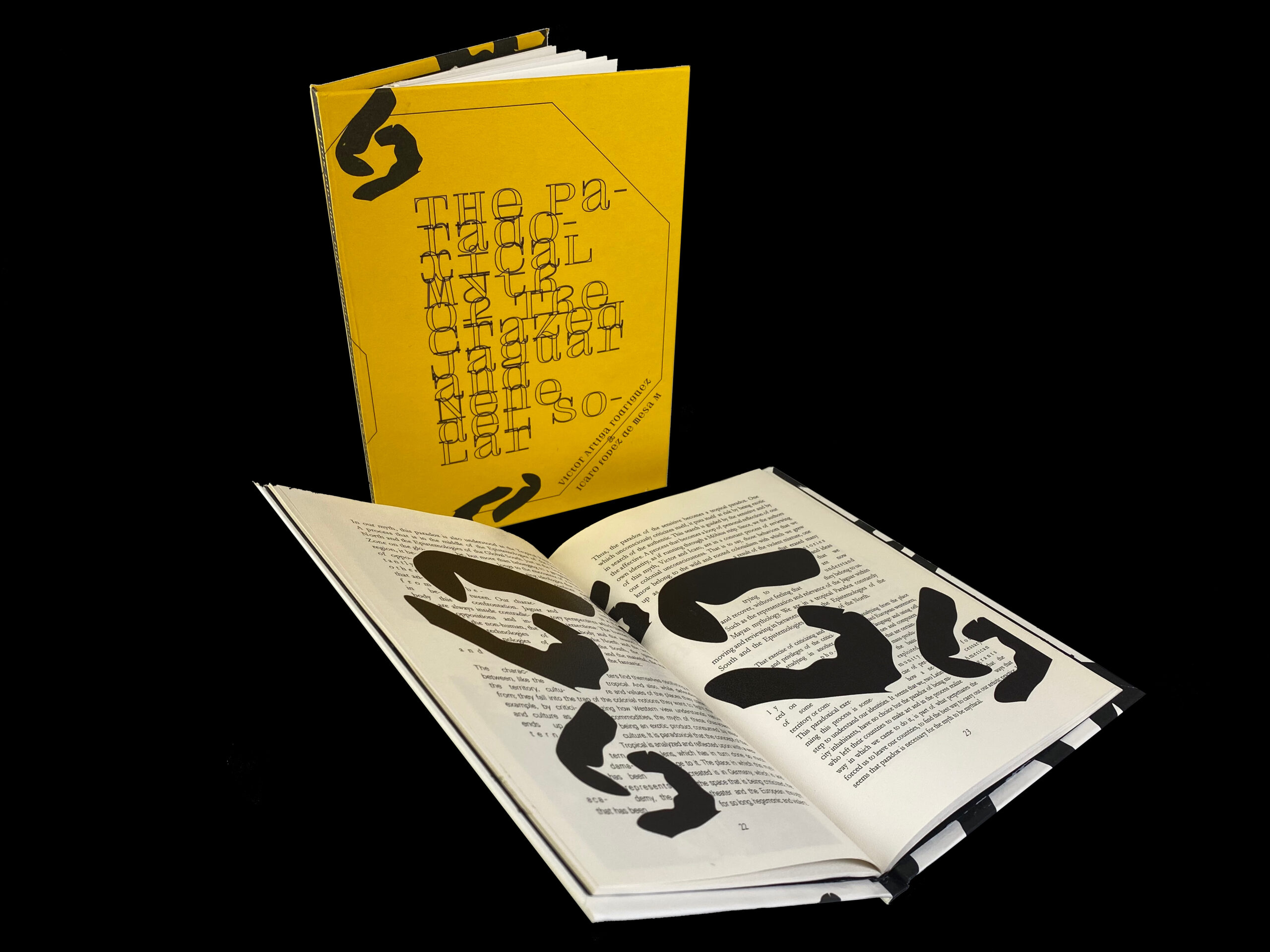