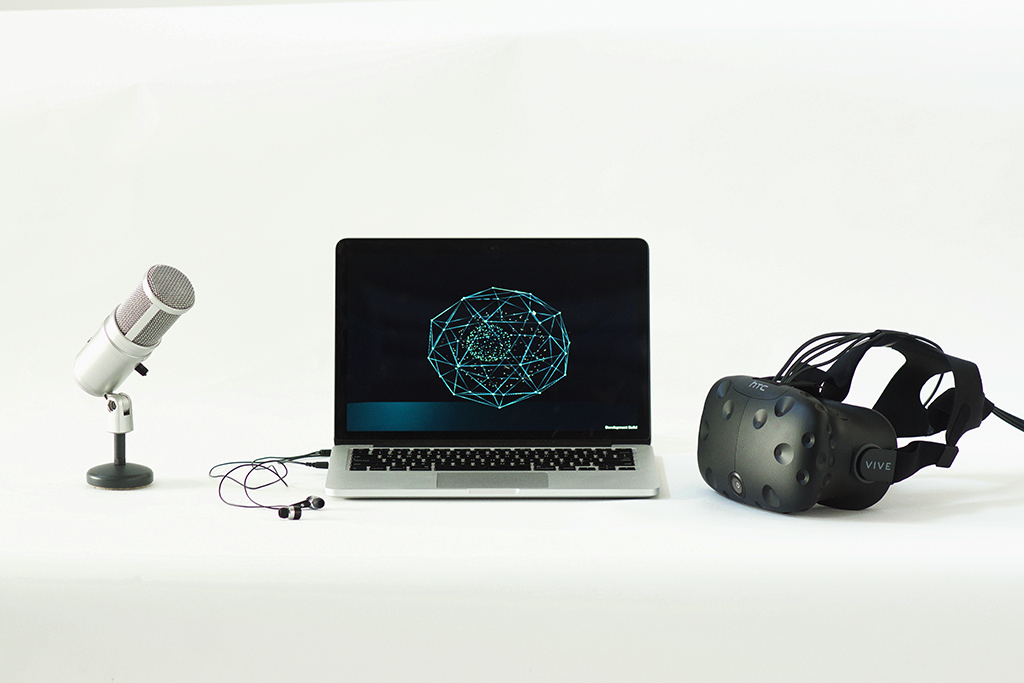 The digital memorial is the result of a social experiment to map the direction of human intentions in a collective perspective whilst driven by common pre-determined altruistic goals. People need a greater power to be persuaded to do good deeds, such as God, parents, governments, karma. But how would they perform in an environment with no greater power, where they have the freewill to choose their roles, having a common altruist goal as their only drive? What will happen when they are immersed in an experimental environment to be guided only by their own ideas of moral and responsibilities, would they perform any different than in the open world? And would the result of their actions power the world to good and salvation or to evil and demise?

The main objective is to acquire knowledge on human behaviour within large groups to accomplish macro goals, when defining their own roles in an organic self-managed system. As a sub-product, the collected knowledge gained in the process of completing objectives can be used as data to speed up completion of similar problems and allow leaps of progress in the society. 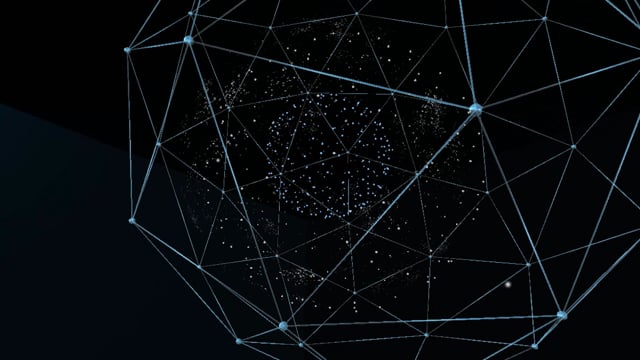 All the work and intents of humans will be tracked through the application Memo, used to find the causes and perform the tasks. By using the Global Goal as the drive that defines the common final point, local causes are created by the specific community to define their own share of work to be done to complete the macro goal. Volunteering to finish tasks is also done by a self-arbitrary commitment from each person. The intrinsic and extrinsic motivations can be considered tools to empower users and switch the current social inertia state. By identifying them, it can be applied to all the individuals on every level of the experiment.

The most important aspect of the project is the artificial intelligence that the system will have to interpret the information gathered through the work of all people involved, called in the project the Memorial. This A.I. will answer to any question made about the past and current developments towards the utopian future. Not only it will have analytical interpretations but may also make future predictions based on the behaviour of groups. This A.I. is an on-going development that will be updated as the technology to do so evolves. Its assumptions and answers will not be affected by religious or ideals points of views, it is meant to be impartial and extremely scientific.

The second important A.I. from the system is the one responsible for predicting the user’s will and intent to guide them towards the best match for volunteering, diminishing the possible mismatch which may discourage the user to continue his journey inside the system. The system is not meant to be a huge search tool but to be a huge feed with the best matches for the user, working more as a discovery tool rather than index list. 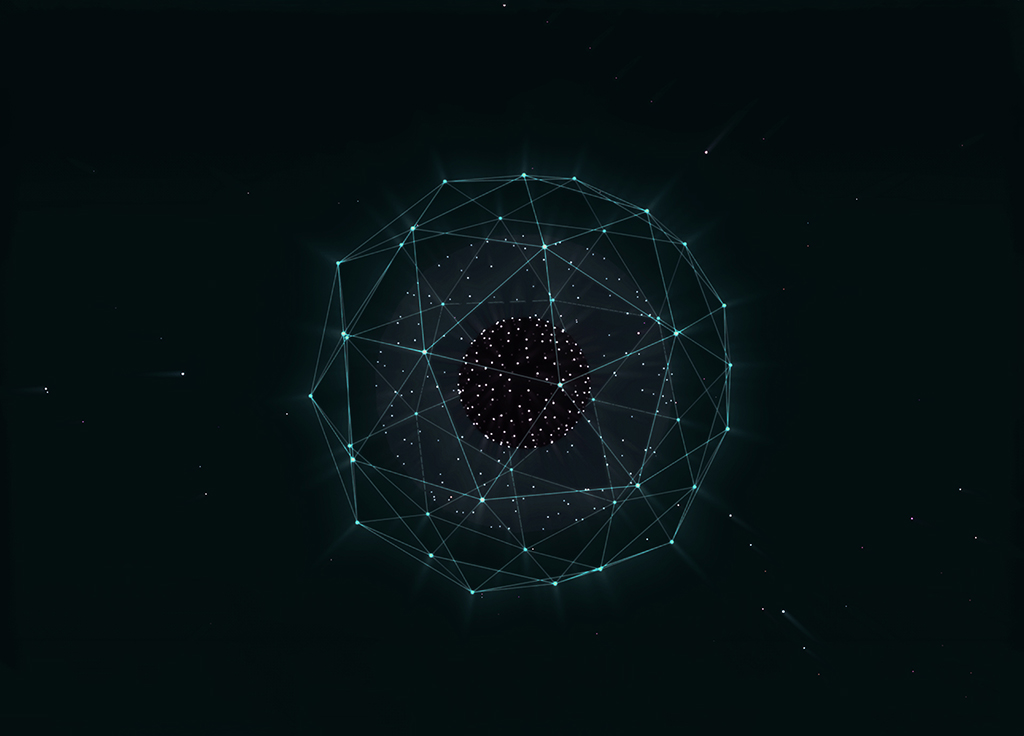 To define the Global Goals of the Digital Memorial, it was used 14 of the goals UN determined. 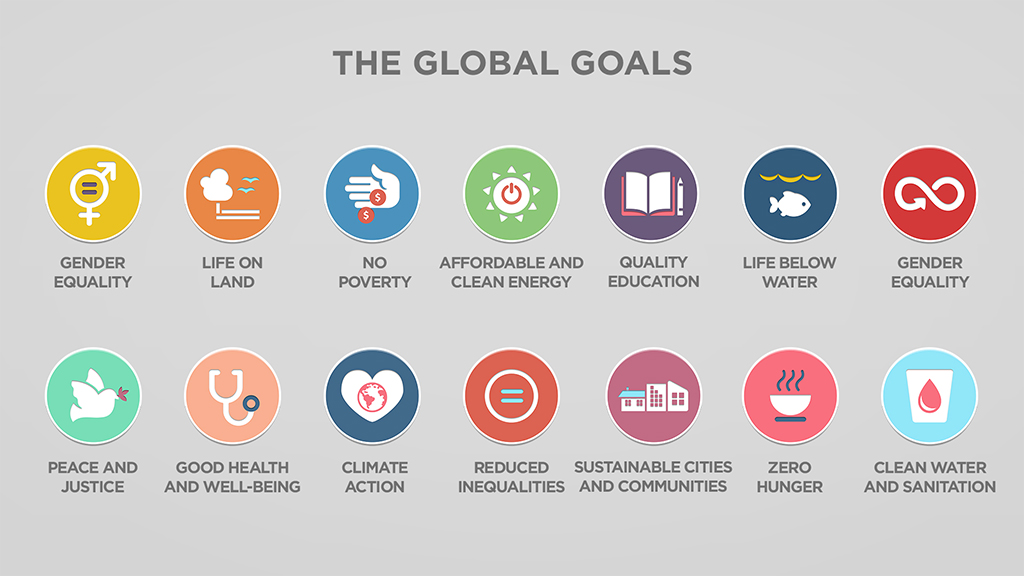 Local Causes are the subcategory of the Global Goals. For each Local Cause a Global Goal is defined as its parent, by that they are linked to one of the global memorials and their achievements, accomplishments and other results are part of the global fulfillment. Those causes are, as the name suggests, defined to be related to the local community needs, each cause has an objective that suits the community better.

The Tasks in this experiment are the actions users have to perform to achieve the goals from the Local Causes and therefore from the Global Goals as well. Those tasks can be completed by one or multiple individuals, can be single tasks or a group of actions. They can also take different times to be accomplished.

The Memorials are agglomeration of data from all actions performed within the controlled environment. They are a learning system that will interpret the information gathered through the work of all people involved. This A.I. system will answer to any question made about the past and current developments towards the utopian future and the completion of the causes. Because it is a learning system, it will not only have analytical interpretations but it may also make future predictions based on the behaviour of groups. The questions asked within the memorial experience are also data that will be used by the system to understand the relation between the users and the causes.

In the case of the Memorial, the neural network will be used to understand how humans are behaving within the controlled environment and their intents, predicting their next possible moves and wishes. It will also learn from each user their pattern of behavior and from that decide and analyze their impact into the memorials and causes. The paradoxical state of this learning system is that it may want to adjust the causes and the search engine based on what it perceives from the human interactions. At the same time, human actions may intentionally shape the system understanding of human behavior and mold it to fit their interests. It may get to one point where the system will consider humans unsuitable to perform the tasks or not even able to grant this utopian future, then the A.I. may simply shut down our participation or change the causes to be self-destructible. But this assumption is pure speculation of how artificial intelligence can become a doomsday machine, or our own salvation, when given the power to interpret human actions.

Through V.R. combined with a speech recognition learning system the user is immersed in a fully sensorial experience. When the system understands and interpret the user’s question it replies with its assumptions and data collected from the whole experiment. Such environment was developed in C# and Java, and it was done in Unity working in collaboration with the Wit.ai learning system, a fully working artificial intelligence that learns from users speech and written questions. The memorial and other elements from the V.R. were developed in Cinema 4D. The sounds were created with GarageBand and Audacity. 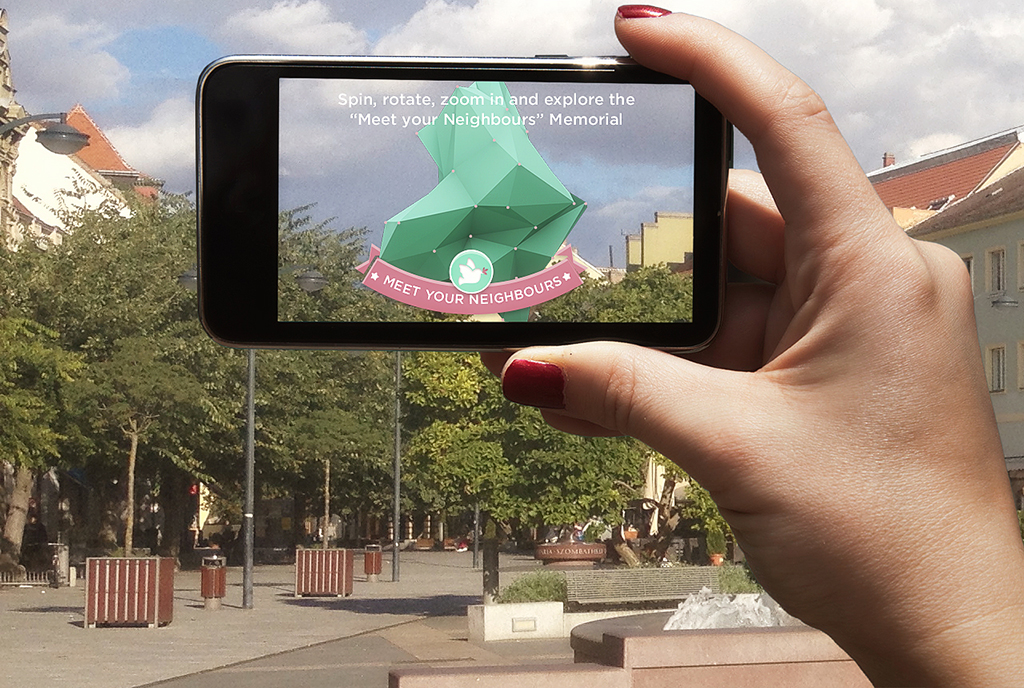 Memo is a multi-device platform that allows people to choose their share of the work to accomplish the greatest goals of humanity. It is a tool that brings the best volunteer and the right task together, making helping others a simple match. With Memo one can easily find tasks that match their abilities and location and help their local community be part of a greater goal. They can choose your Global Goals, join Local Causes, pickup Tasks and keep track of their progress in an intuitive platform. Moreover, it is possible to find out who is also working within the causes and what has been done so far. And everything that has been done together will be in the Global Memorial. A place where people can discover and explore each global goal and learn more about our evolution as a society. 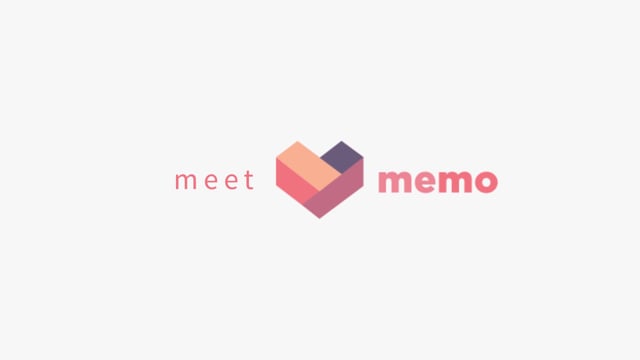 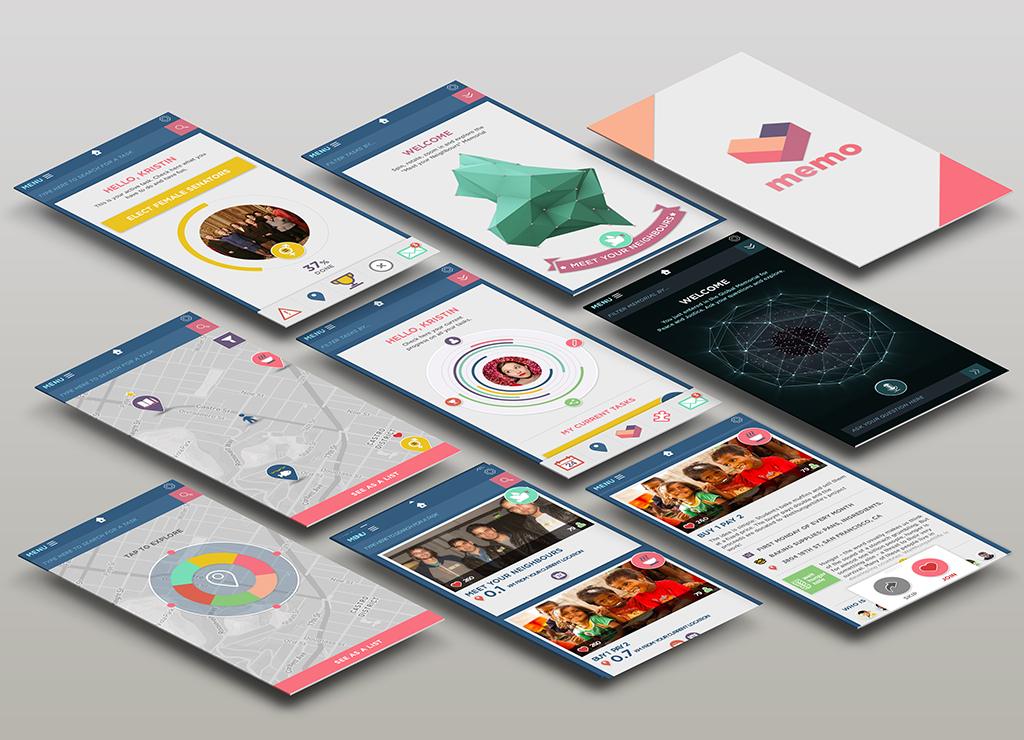 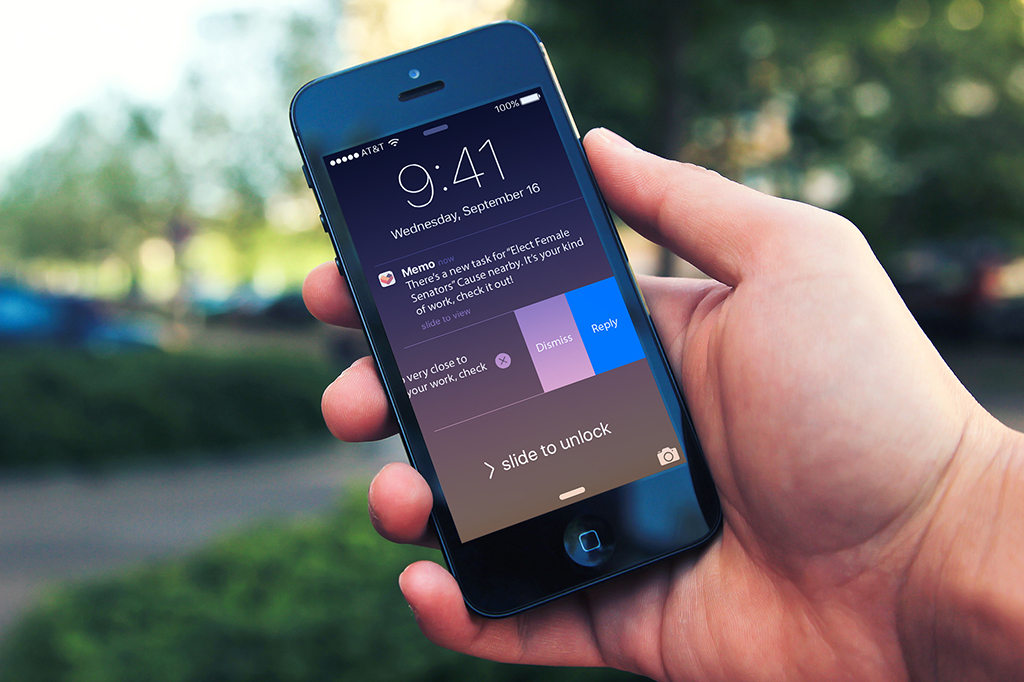 Within the application each user type is granted by roles and duties. The Master is considered the one that can act upon all levels inside Memo. It could be understood as an administrator, but their only duty is to organise and moderate the Global Goals, they do not interfere within the system. They can also promote people to be Moderators and ban users.

The Moderator is a level underneath the Master. Its responsibilities are towards the Local Causes and creating Tasks. It is usually performed by NGOs and other responsible organizations. Once promoted as a Moderator their responsibilities are vast but at the same time very fulfilling and useful for the Local Cause they manage. As the name suggests, Regular Users are common people that decide to join the experiment. Their roles are limited and are focused on joining Local Causes and performing Tasks. They can also interact with other users and report problems. 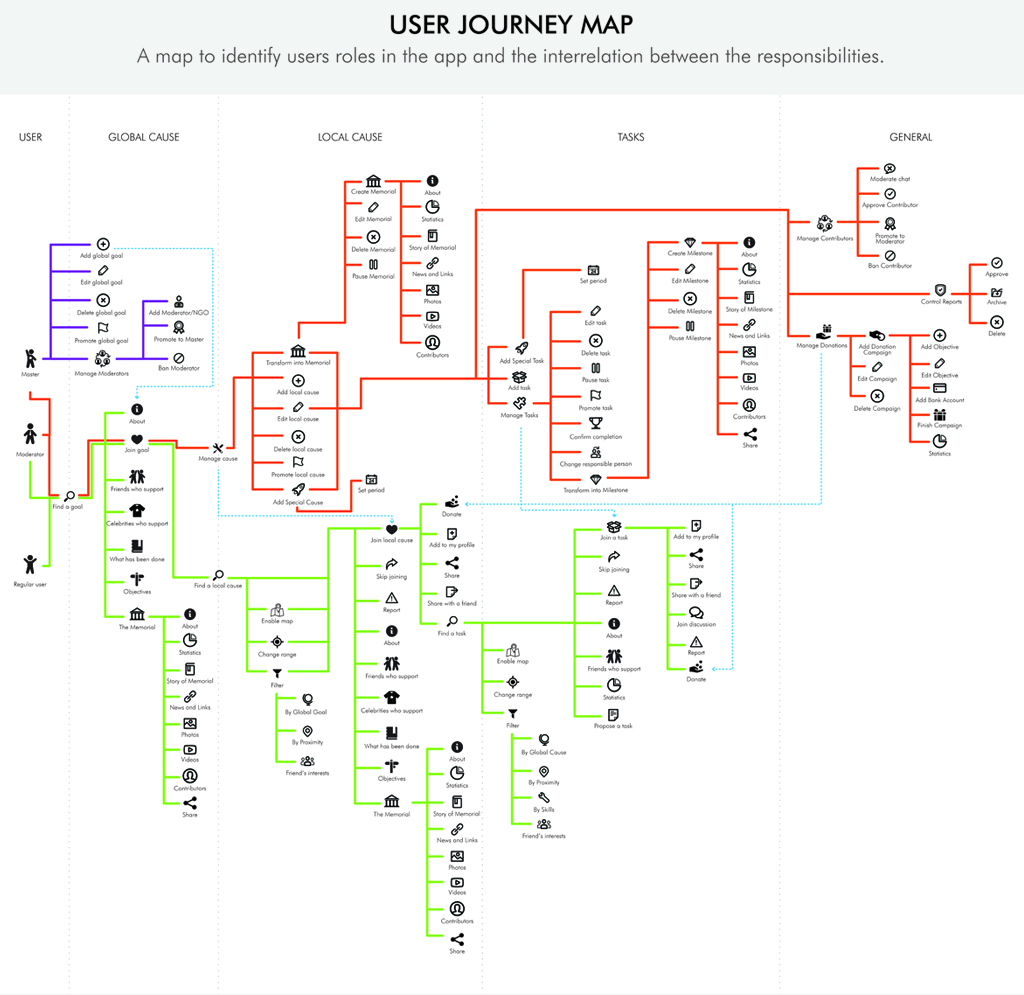