Organisms of Colonization is a sound performance and installation that evokes an event of colonization. A social state apparatus by means of its organisms colonizes a community in freedom. It is the continuation of my last works, which explore the body as a medium to provoke sound and the dualism between manipulative and manipulated body.

This performative piece is essentially influenced by concepts and thoughts exposed by Gilles Deleuze and Felix Guattari along with Eduardo Galeano’s statements about the Colonization of Latin America. I related and linked abstractions such as ‘Body’, ‘Organism’, ‘Body without Organs’ and ‘Event of Colonization’ with the Religion and Education machinery within the frame of the process of colonization.

The performance is divided in three phases, namely ‘Harmony, Chaos and Silence’, which are marked by the sound. The phases illustrate/ represent .. the process of colonization. Four performers produce sound with their voices while other five performers manipulate and control the outcome of the sound produced by the voices. 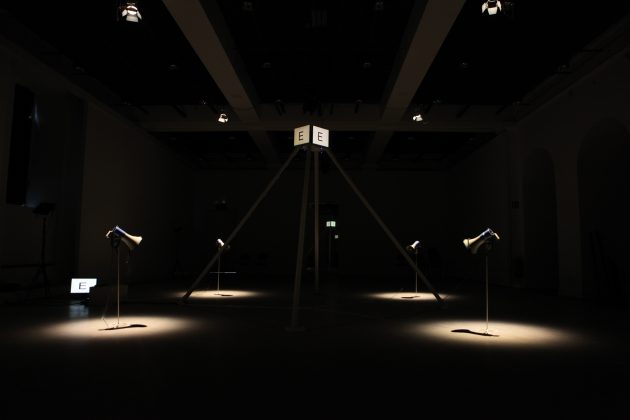 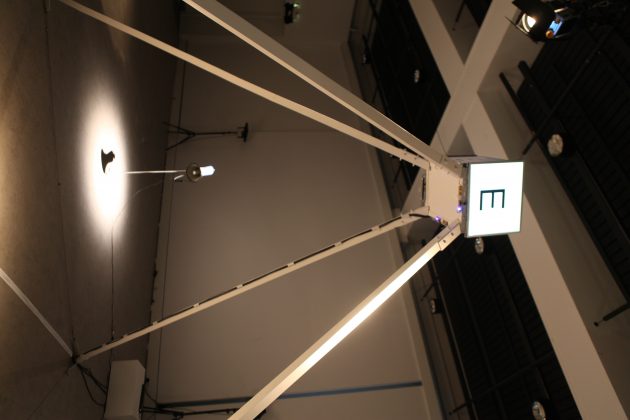 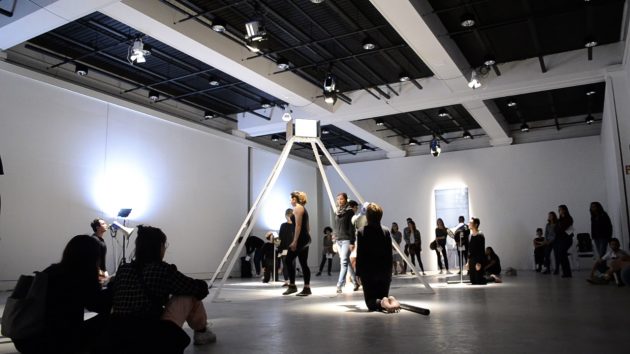 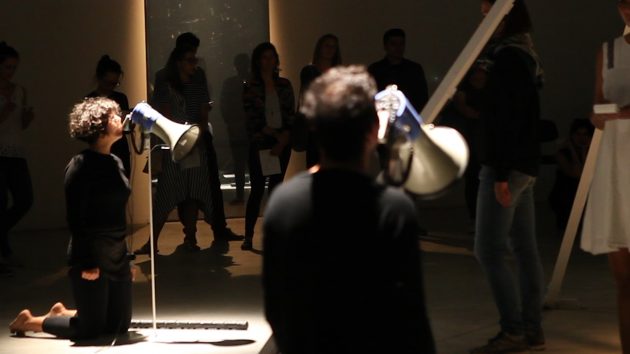 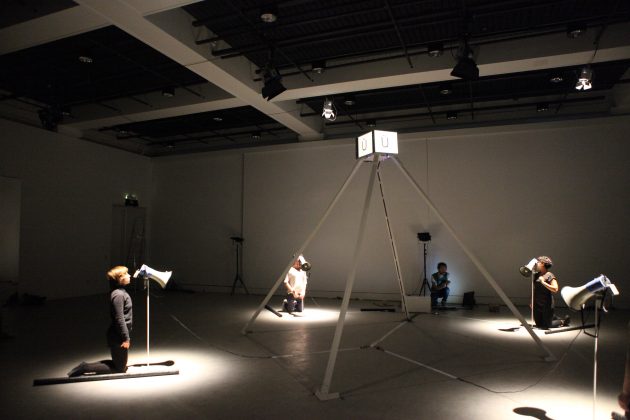