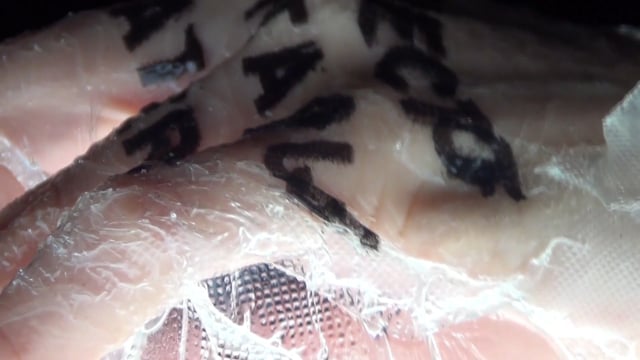 “Object of Spontaneous Patterning” is a video installation that unfolds the relationships between human, textiles, fashion and colour nowadays. Inspired by outstanding works of fashion designers like Issey Miyake and Martin Margiela, and also artists who are using clothes as a medium like Klaas Kloosterboer, Claudia Casarino and Samuel Yang I decided to explore the questions – How colour can be unique? Can it be out of the concept of garment? Can be a parallel moving concept?

After several case studies on fabrics, forms and colours that can be seen in the beginning of the video I come up with the object that stands between digital and analog worlds and also can be rather a product and a piece of art.Started from the research on fashion shows and a little critique on the fact that audience is each time creating a layer of visual information that designer or artist doesn’t want to have I dived deeper into the problems and most characterized features of this field.

Also inspired by the Raf Simon’s words just before Dior’s show referring to the now palpable sense that the pace of fashion and the overheated runway system has reached a volatile tipping point: “I’m questioning a lot. I feel a lot of people are questioning. We have a lot of conversation about it: Where is it going? It’s not only the clothes. It’s the clothes, it’s everything, the Internet.”Thing that made me do this was the book by Rem Koolhaas about architecture and not only, I absolutely recognized that about fashion itself something should be told as about architecture by him. By exclaiming this I do not mean the analysis of fashion history in comparison with global history, but the attention that I want to attract to the turning points that were made by individual craftsmen that create something totally new and import long-lasting concepts directly in our lives.

During creating “Object of Spontaneous Patterning” I was focused mostly on 3 things — the clothes itself – with and without human being, it’s role in the art, for example why so many artists were using and now using clothes in their work; still the idea of fashion show, it’s tremendous importance for the brand and it’s situation now – implementation of new technologies and etc.; and the third thing that is very big – “the out of context things”, how familiar with all clothes we are everyday and how deep and complicated and meaningful each small detail can be — the importance of drawing pleats on the church paintings in medieval times as an example. 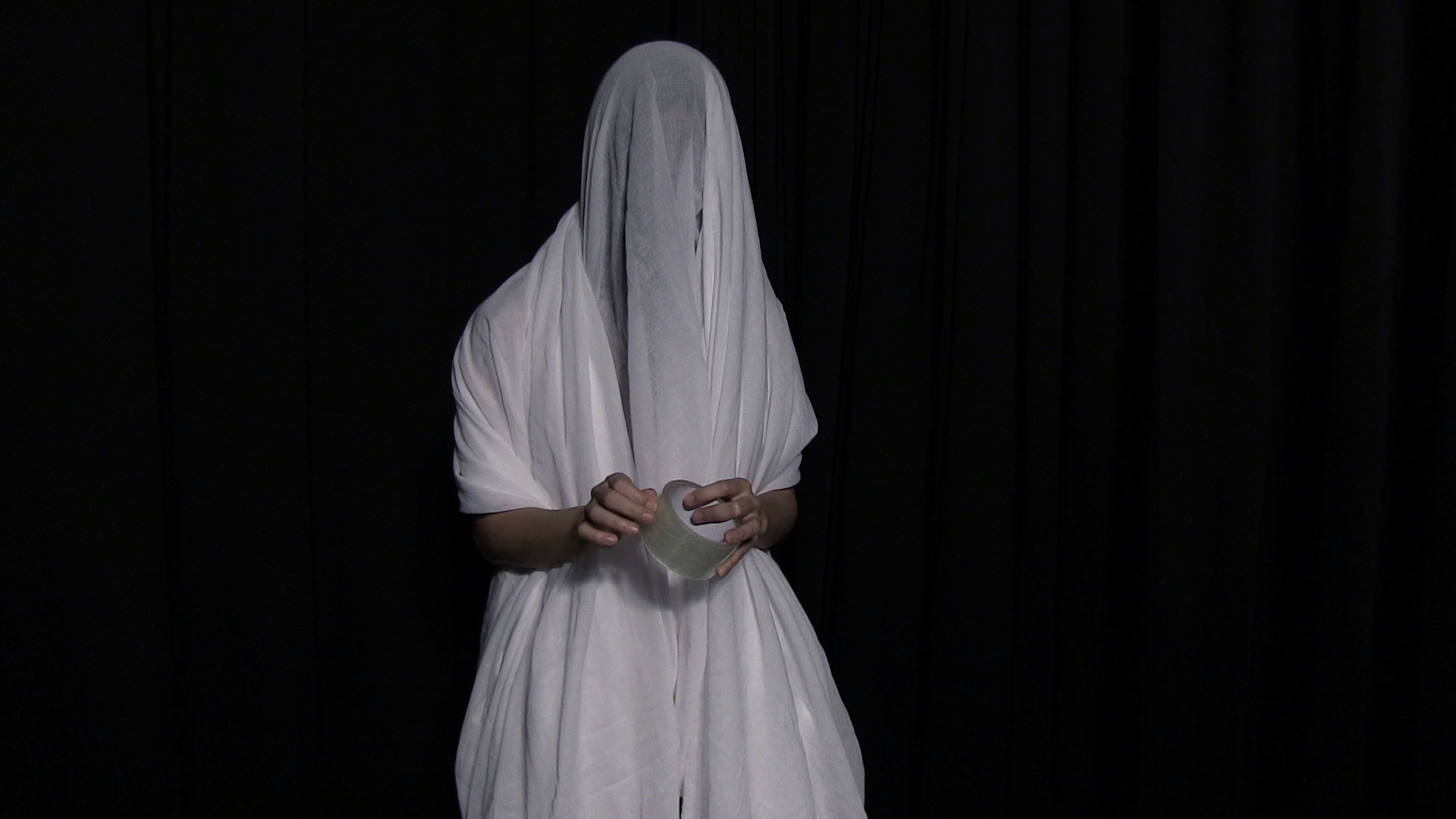 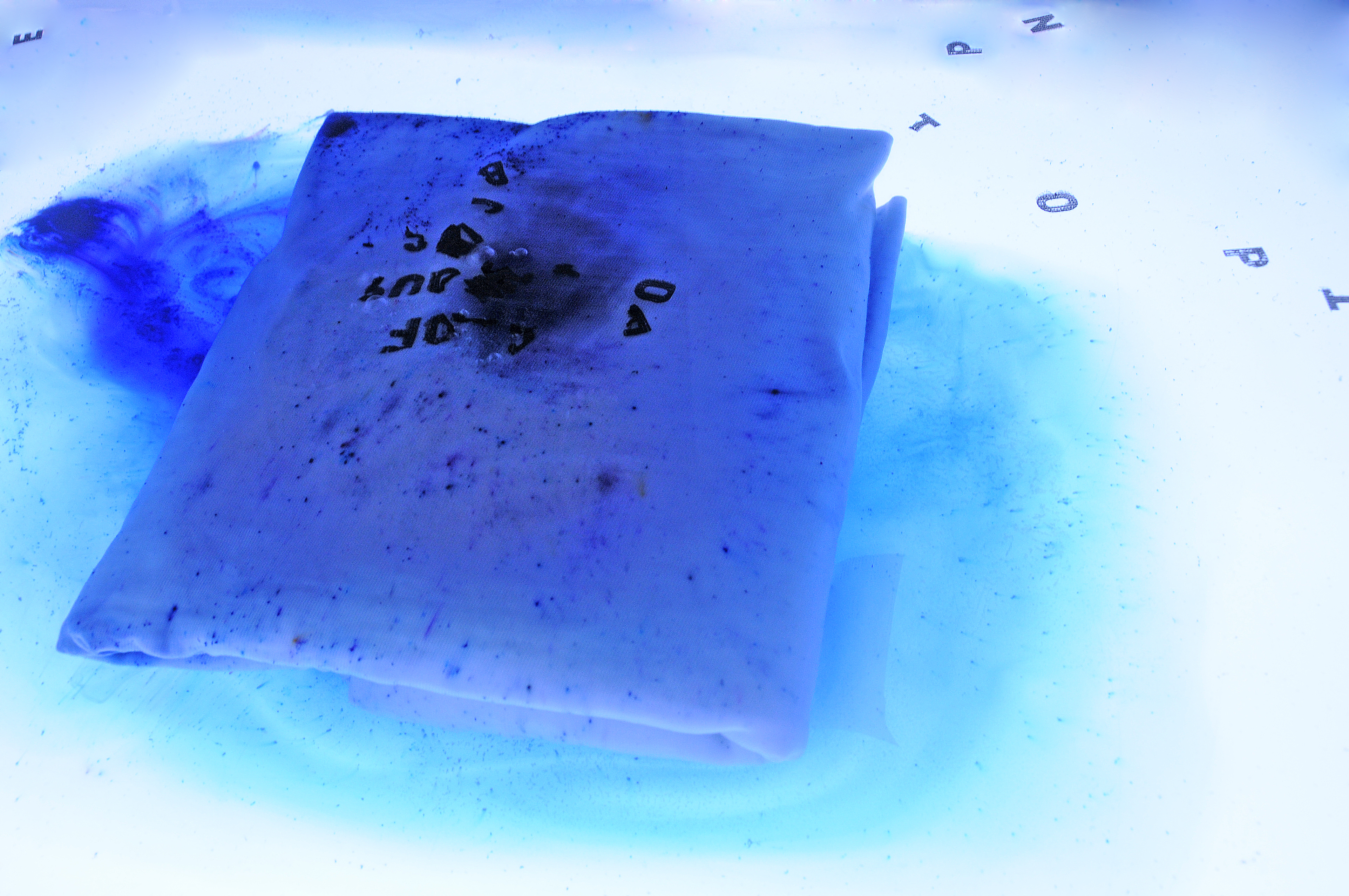 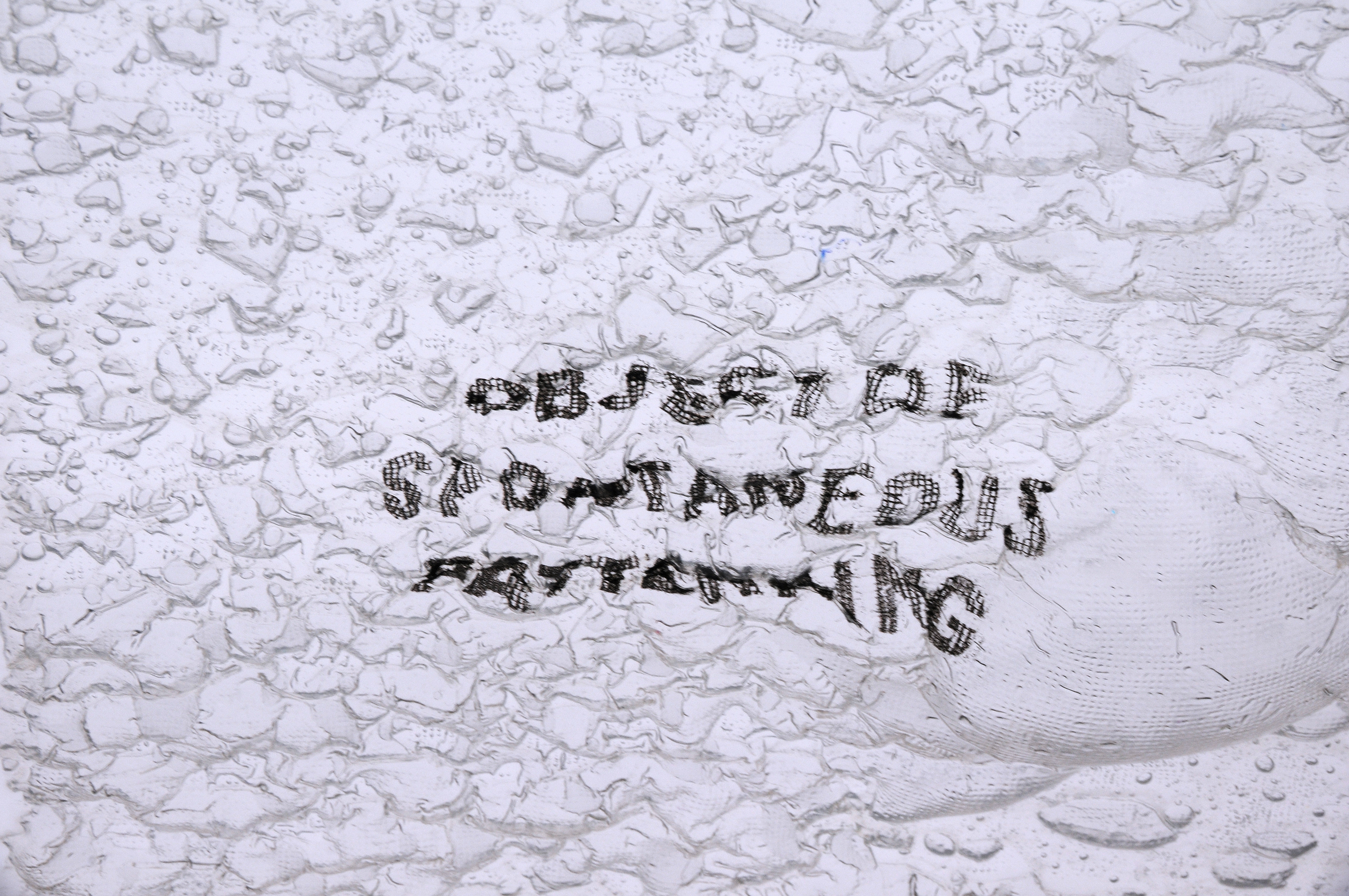 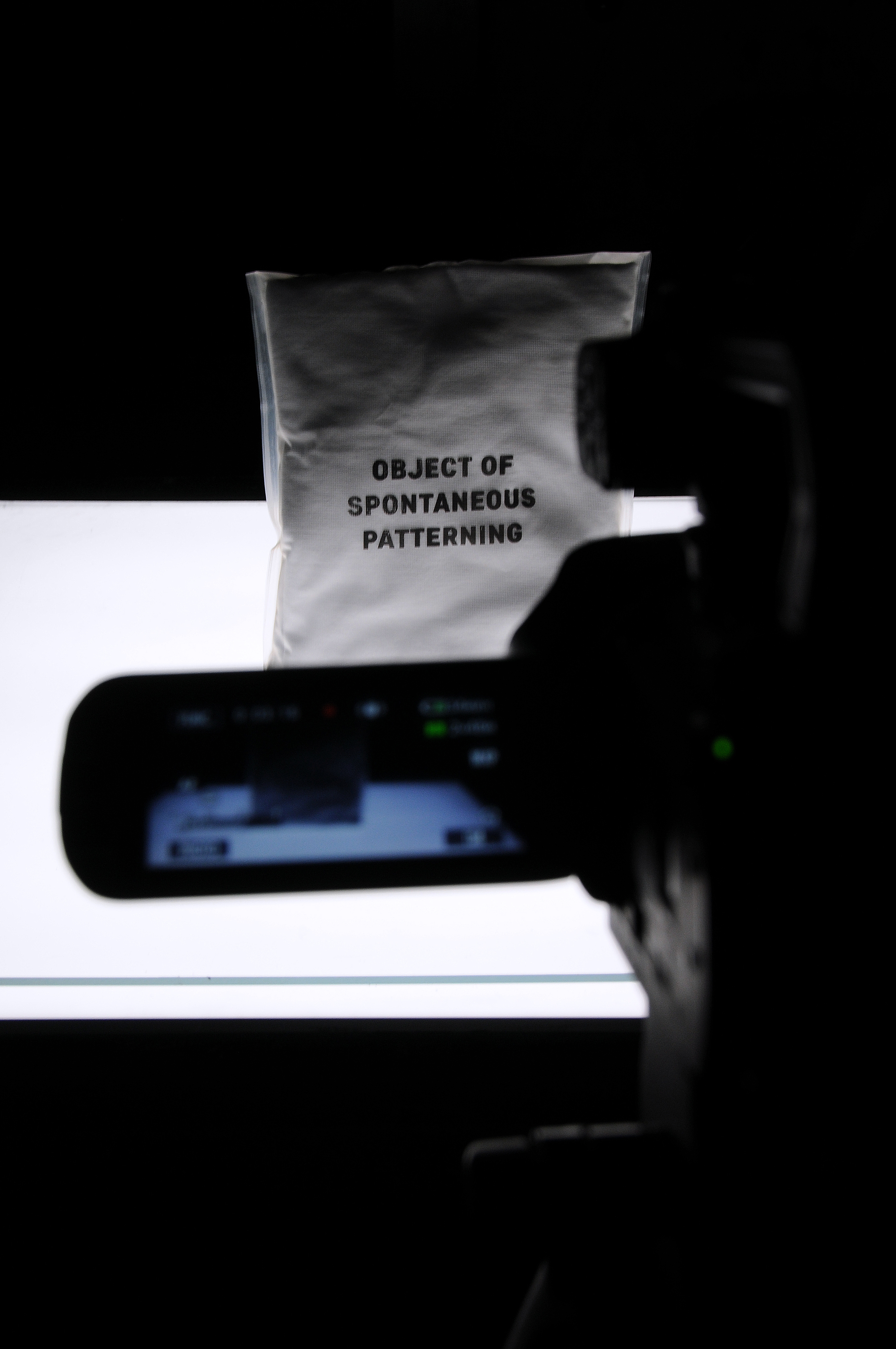 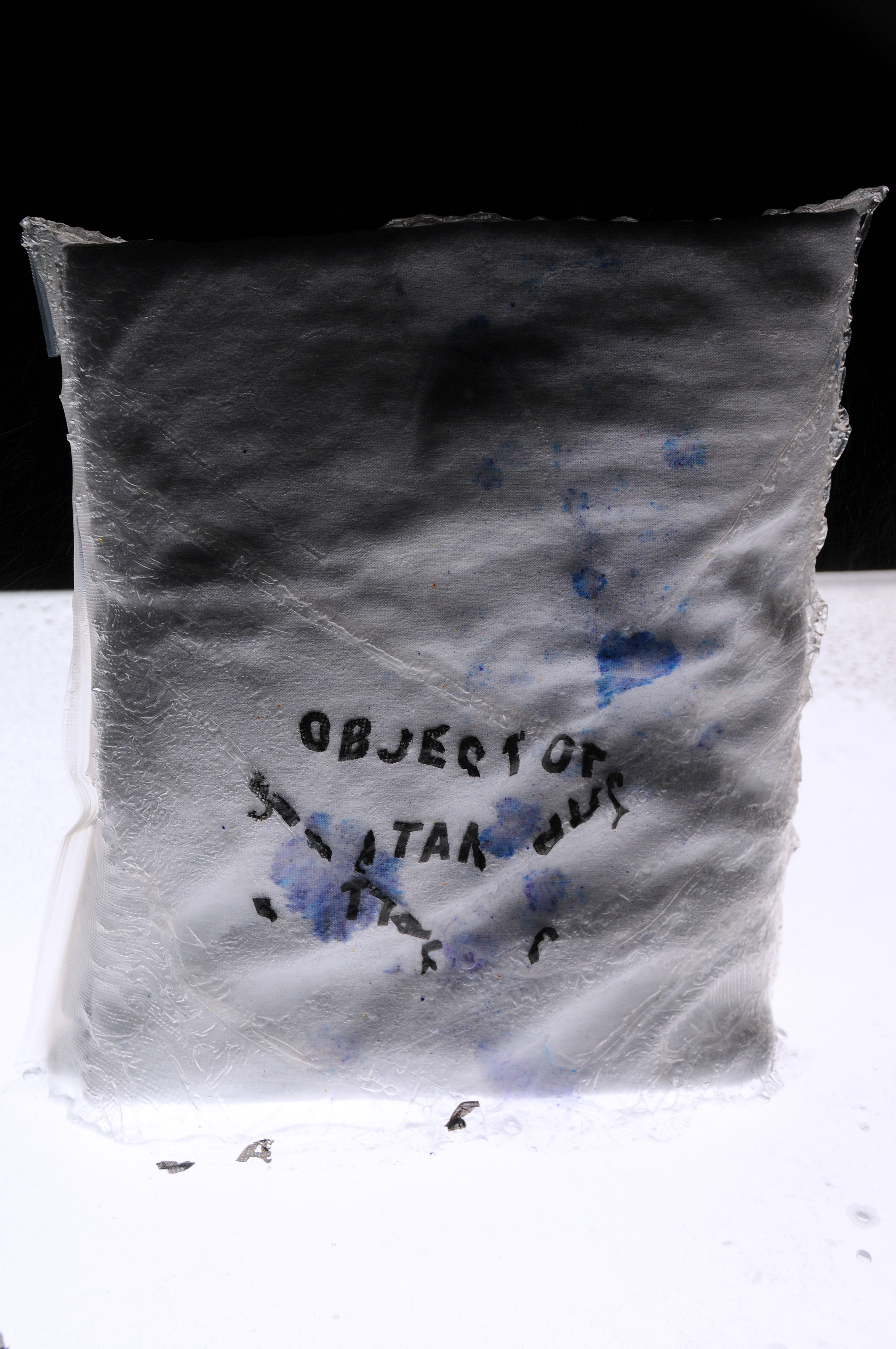