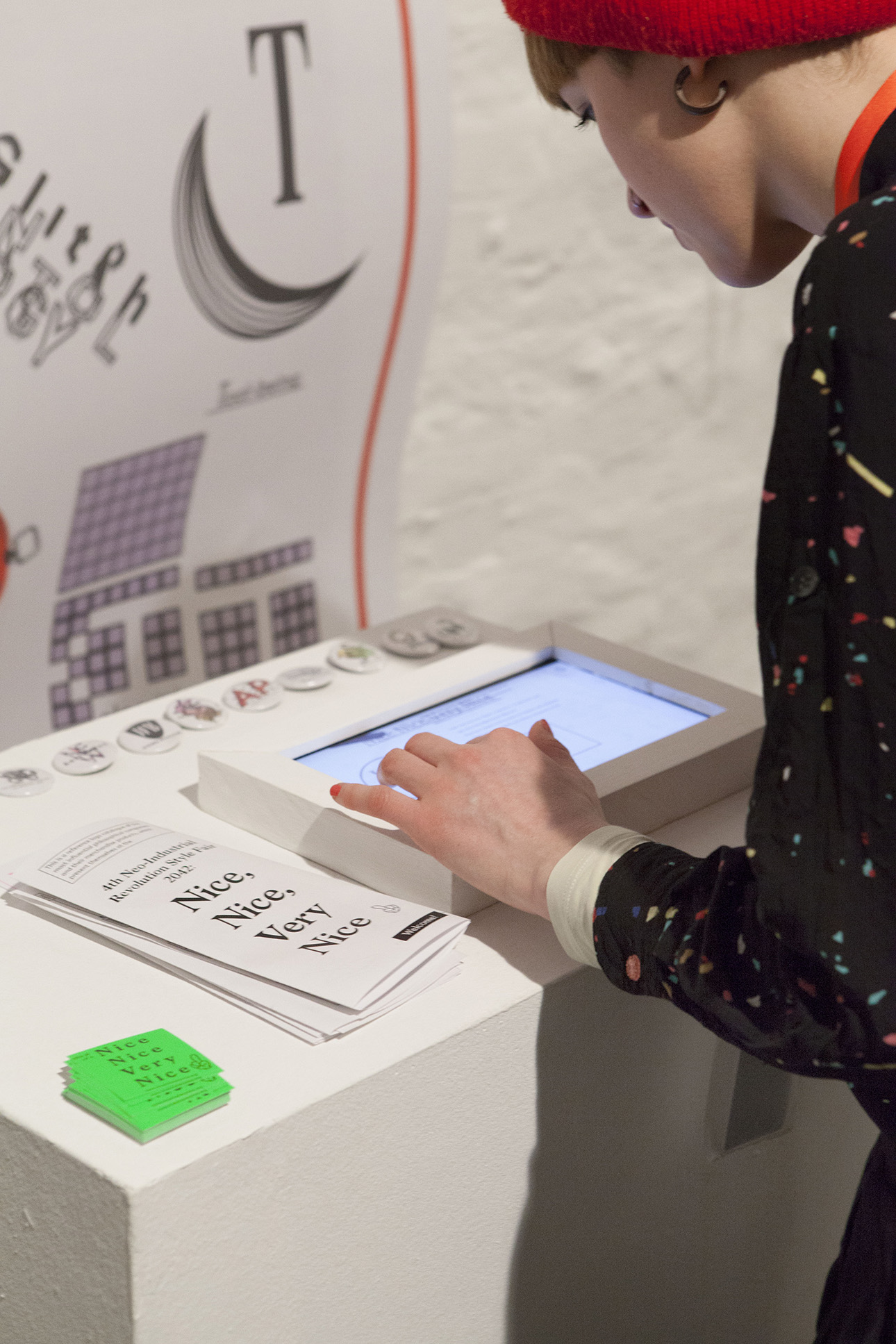 It is the year 2042. The current Neo-Neoliberal Governmentality is represented by the leading philosophical Branches which took control of the market and knowledge production in 2020. The complexity and abstraction of global finance required a suitably complex and abstract form of aesthetic representation in order to modulate the access of society to it. This is where New Aesthetic, Object Oriented Ontology and Speculative Realism found their way to sell themselves successfully and so gained control over the power networks.

“Nice, nice, very nice” is a reference logo catalogue of the most influential philosophical companies and their merchandise products, which present themselves at the 4th Neo-Industrial Revolution Fair 2042: “Nice, Nice, Very Nice”.

Project as it is can be seen here:

This project is an ironical future scenario of what could pop out of current trends in philosophy and media theory. What if …. Plato’s idea of state leaders being philosophers would become a reality? What if in 40 years we would be ruled by those who are representing “the trends” in current media&design theory today? 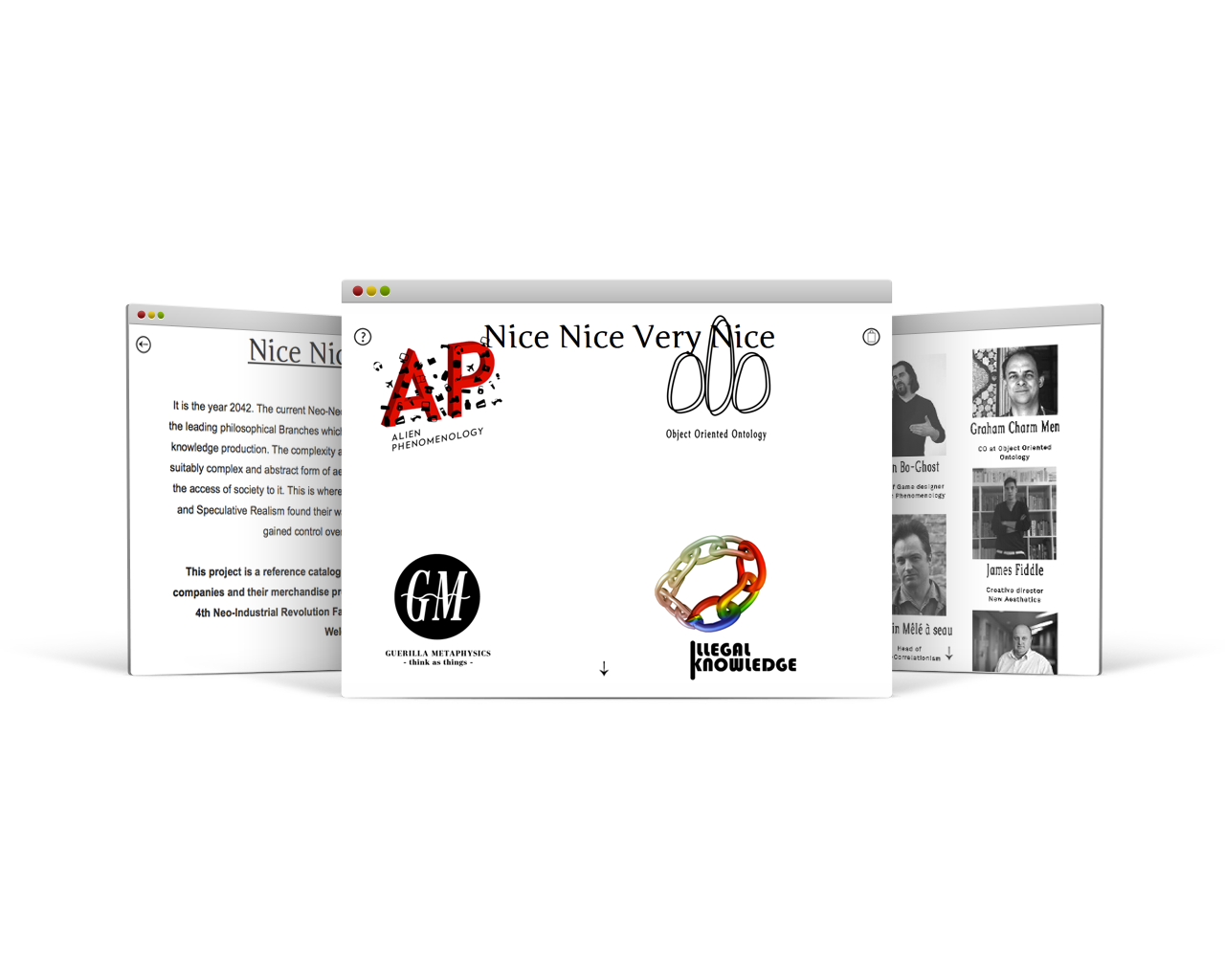 Proclaimed new critical methods (e.g. Speculative design) or philosophies (e.g. Object Oriented Ontology) have been spreading through art universities over the last couple of years, often without questioning their “criticality.” In fact, many of them could be perceived at least as very apolitical trends. The main message of this project could be summarized as follows: What “radical art” was in 70’s, has become “speculative design” today (sadly lacking any critical ambitions in many instances).

The basis of research were Metaphors and Categories commonly used in current philosophical theories and their visualization. The main parts of speculation were: 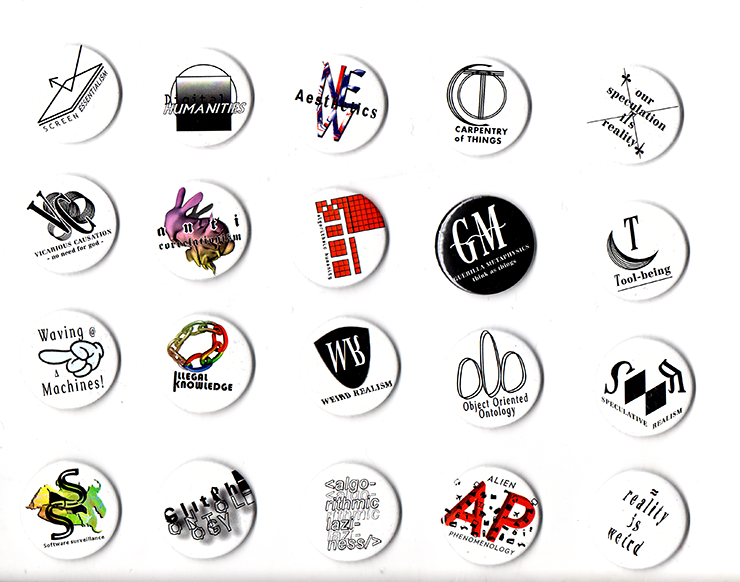 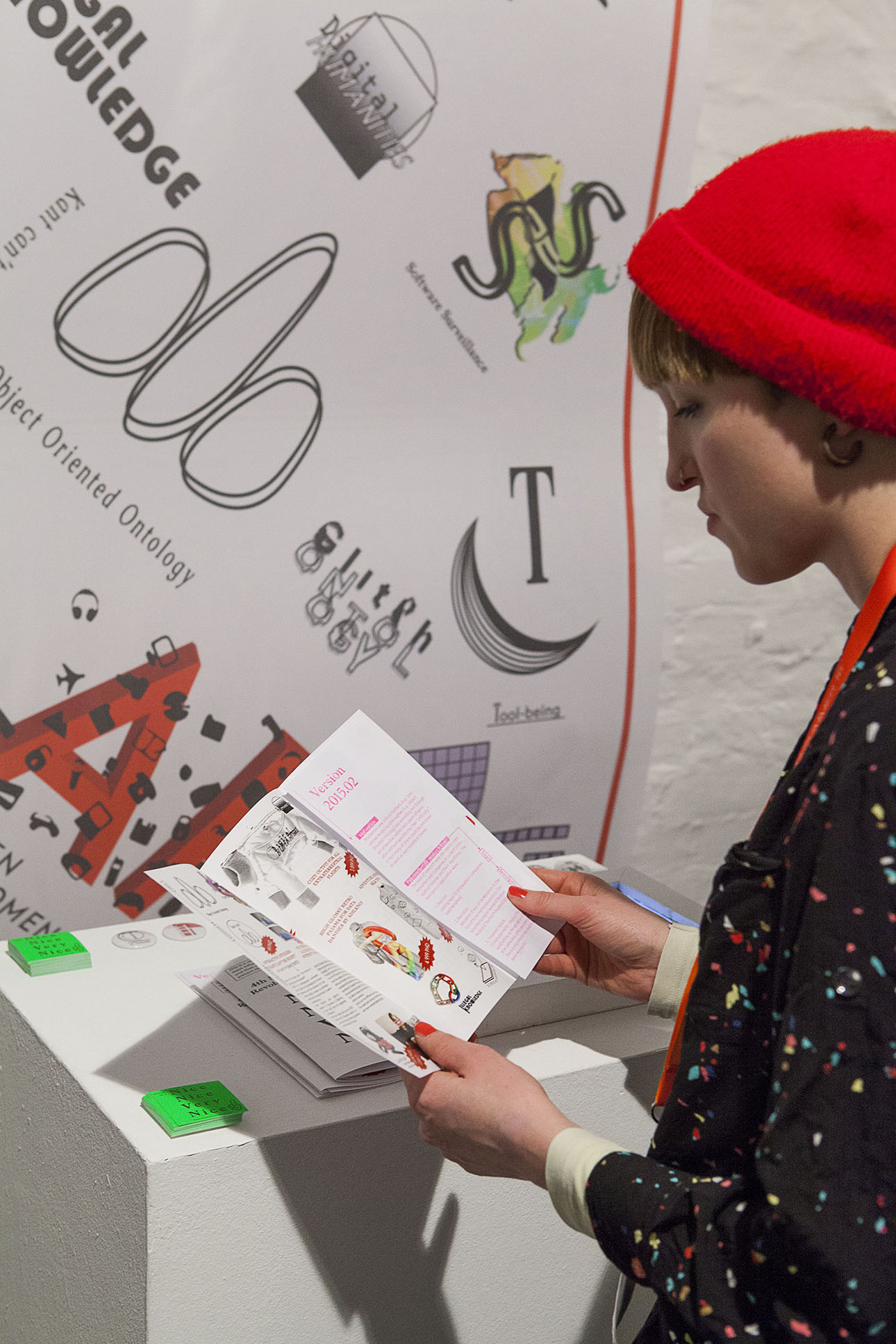 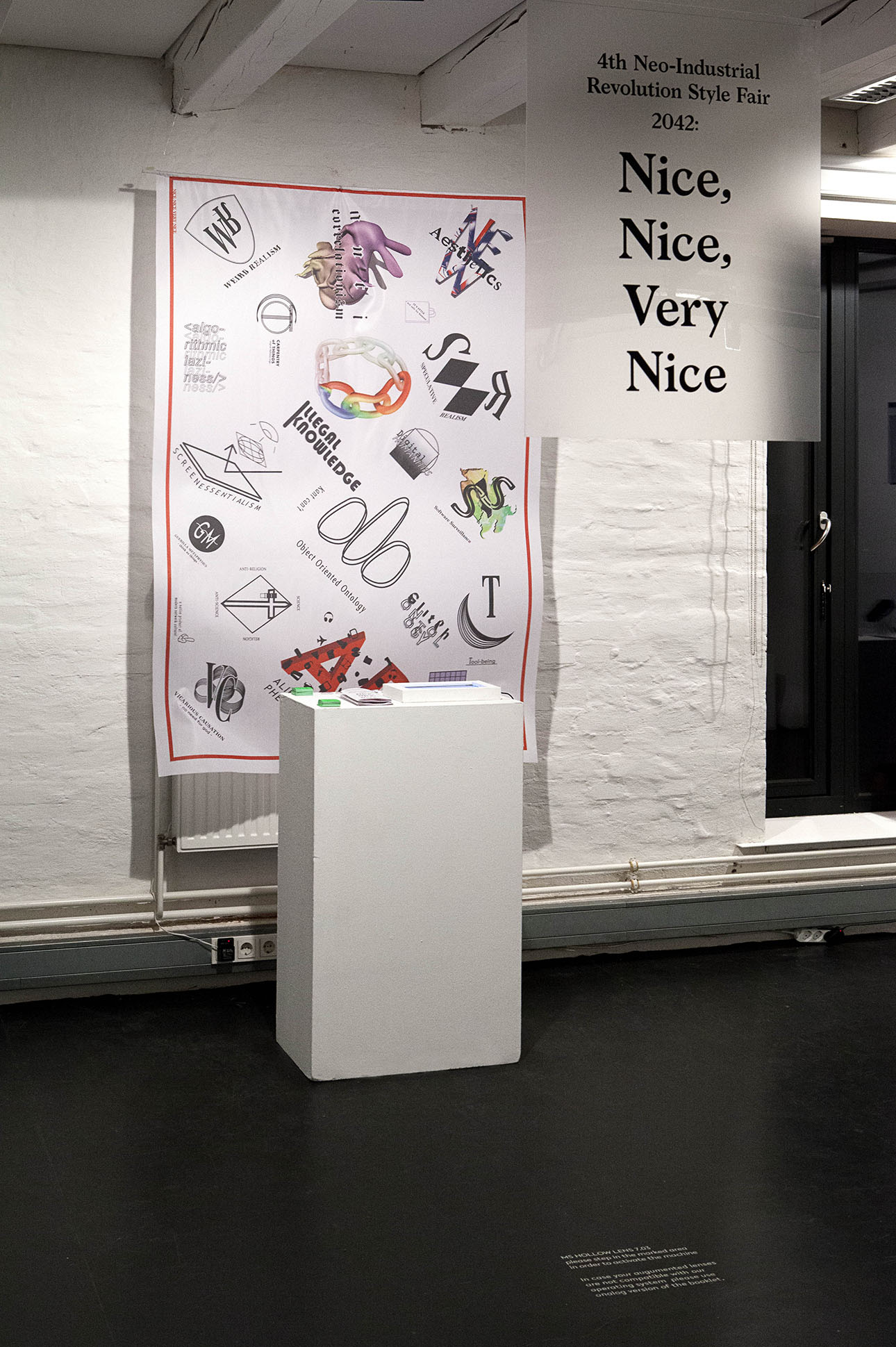 The speculative thesis of research: Could aesthetics and irony be the key features for a raising of awareness?

“Visual semiotics speculation” or pictorial collection of Philosophical Logos is based on Metaphors from:

As an inspirational basis for the research following methodological sources were used:
1. The Cat’s Cradle methodology /a form of actor network theory/ developed by Donna Haraway
2. A work of science-fiction by Kurt Vonnegut from 1963 which explores issues of science, technology and religion, satirizing the arms race and many other targets along the way.

Exhibited at “As if” show in Immigration Office