Neighbouring Bodies is an interactive sculpture that captures body parts of people and creates new virtual bodies specific to its context. By virtually dissecting pedestrians and storing their body parts in memory, it remixes these images and then invents an ambiguous and ever-changing new body, very idiosyncratic to the specific site. By doing so, it proposes a shared relation between people and a new way of seeing yourself in relation to others and to technology. What kind of body does the algorithm track and create? What does it tell us? 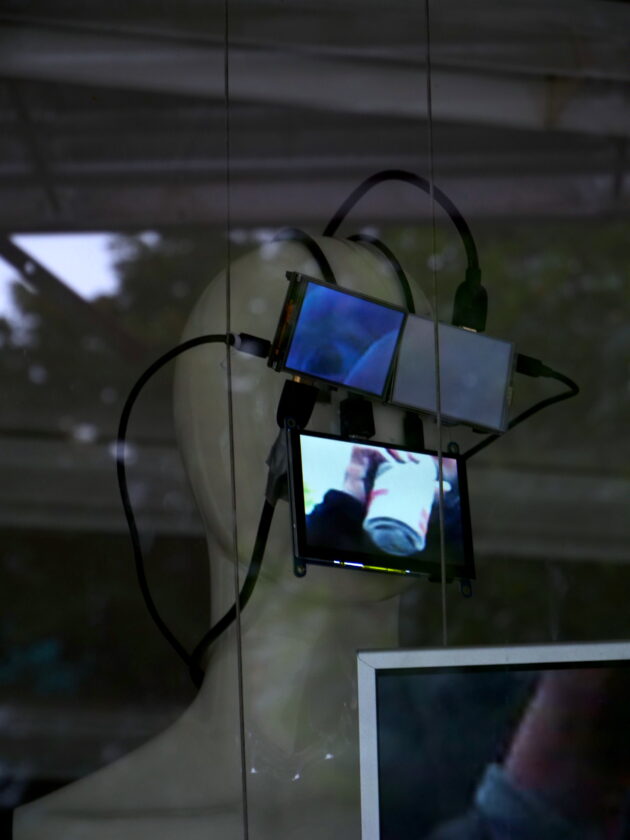 An array of screens hanging from the ceiling in front of the abstract mannequin creates a kind of cyberpunk creature. The screens, as a graphic layer, can’t fill the whole space, so the rest of the body that is not portrayed is imagined in between the screens. 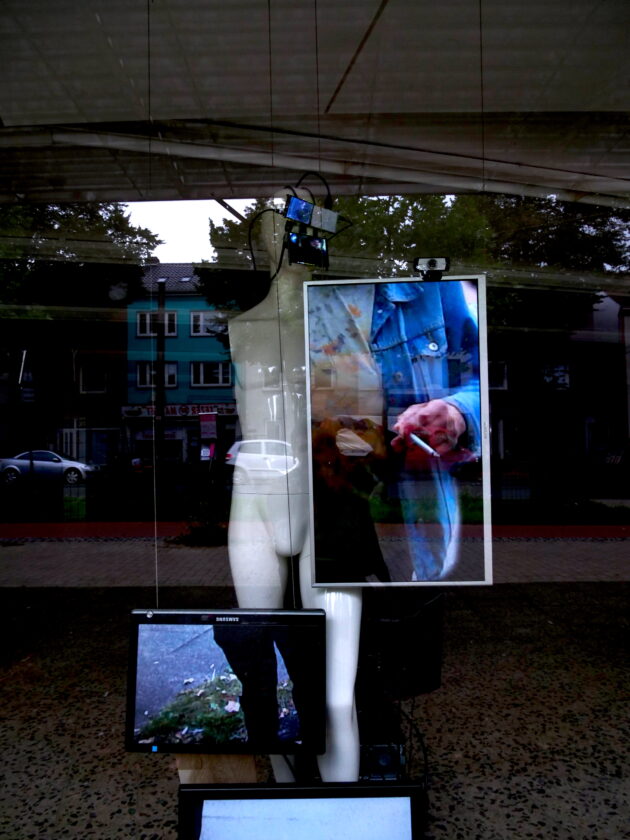 When playing the videos of the body parts, the algorithm creates loops of the person’s movements. Each screen displays a different body part of different people that passed in front of it before, together with the person that is currently standing in front of it. At least one body part in the sculpture will be a real time capture.

The first iteration took place in an abandoned supermarket vitrine in Gröpelingen, Bremen. As people were passing by, they were attracted by this unusual figure standing alone in the huge glass window, leaving a bit of themselves. 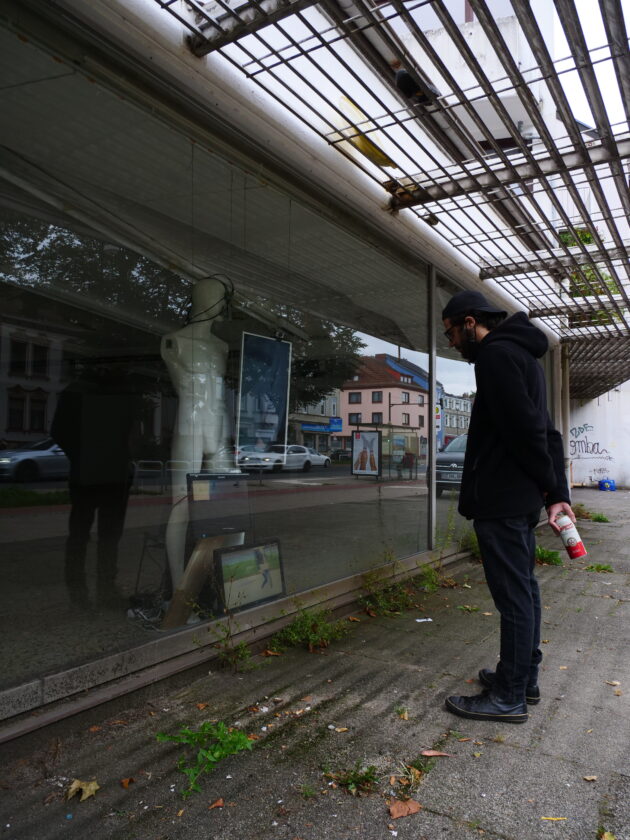 Inspired by the video creatures of Otavio Donasci and by the aesthetics of Nam June Paik, this work is also an experiment with new body tracking technologies and how they perceive the world around us in a period of increasing symbiosis between humans and machines. 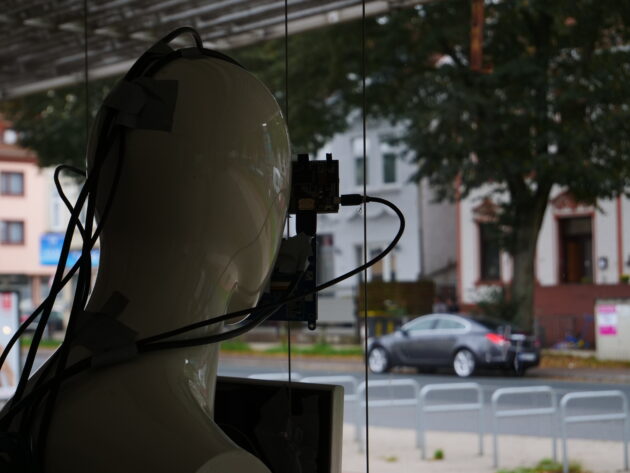 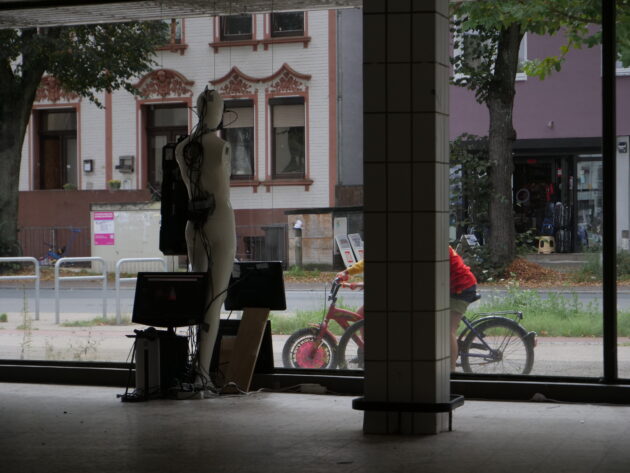