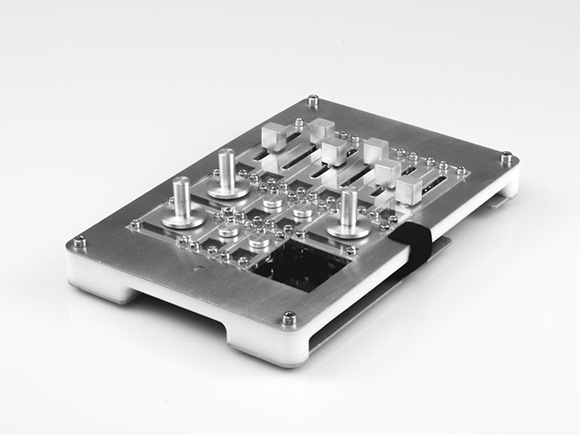 Hand-held multi-touch devices, like the iPad, are becoming more and more omnipresent in our everyday lives and are now used in a variety of applications: checking e-mails, playing games, or browsing on the internet. Ever since the advent of such devices, they were also explored as interfaces for music-making aiming to replace the so-called knob boxes. But one aspect has always been problematic about this field of application: the absence of a haptic feedback.

This project sets out to address this deficit by merging multi-touch surfaces with knob boxes. It introduces a simple and low-tech modification to the devices’s surface in the form of well-known, tangible interface elements like sliders, knobs, and buttons, while at the same time preserving the appreciated flexibility and modularity of multi-touch devices.

The presented system is composed of the following components:

Due to it’s simple construction the system aims to be a low-cost, low-tech and an only temporary modification to a general purpose multi-touch device. 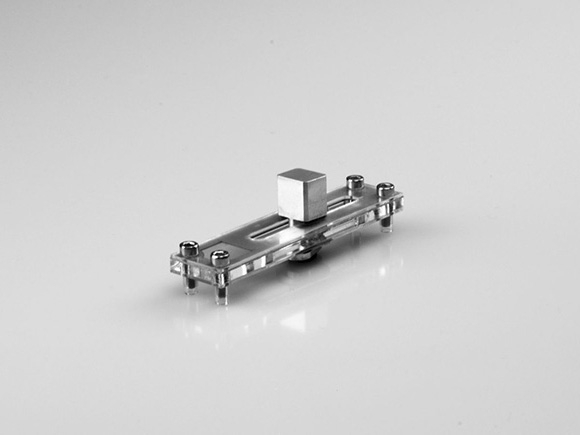 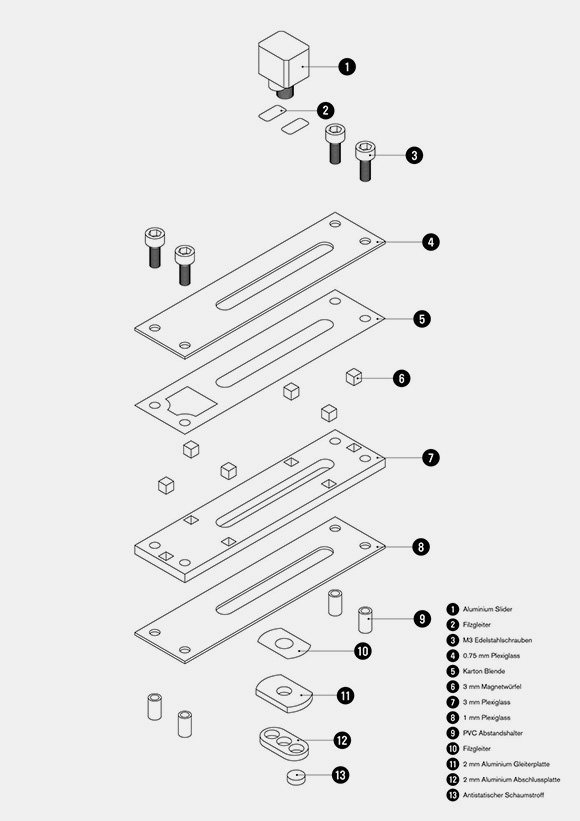 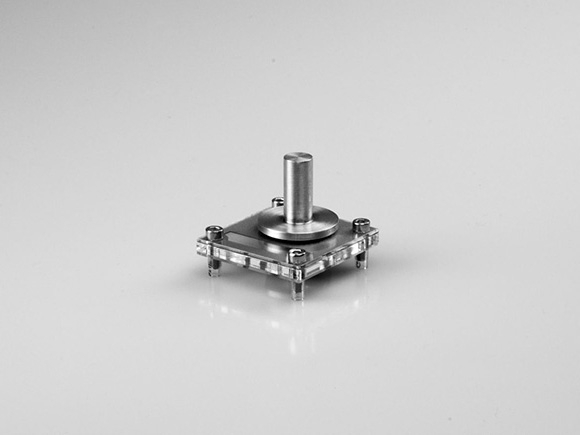 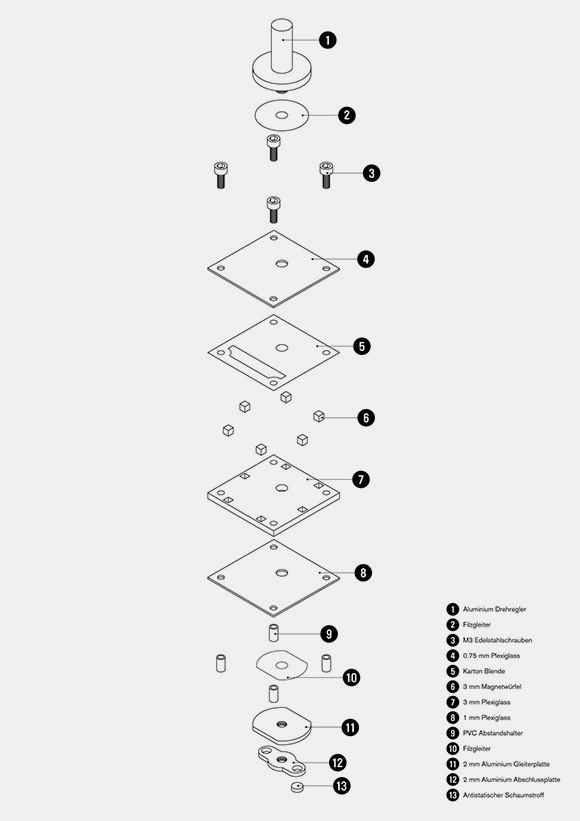 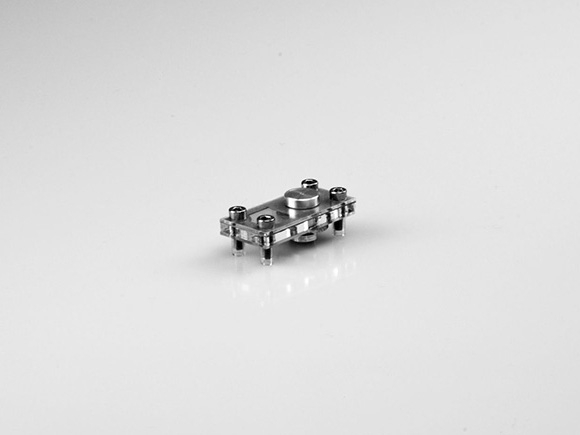 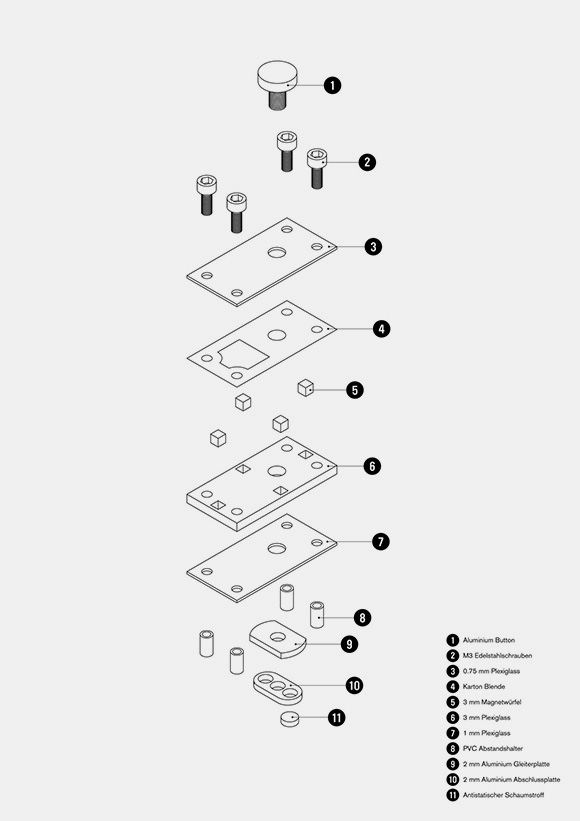 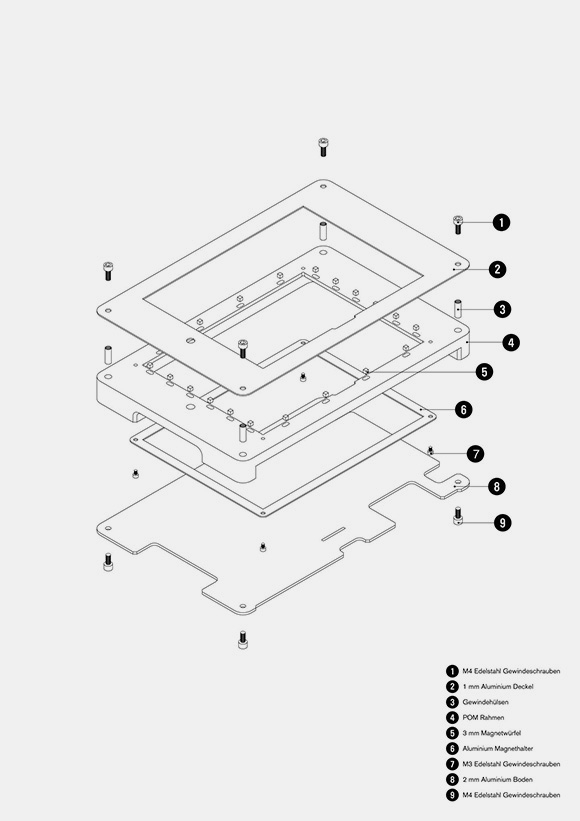 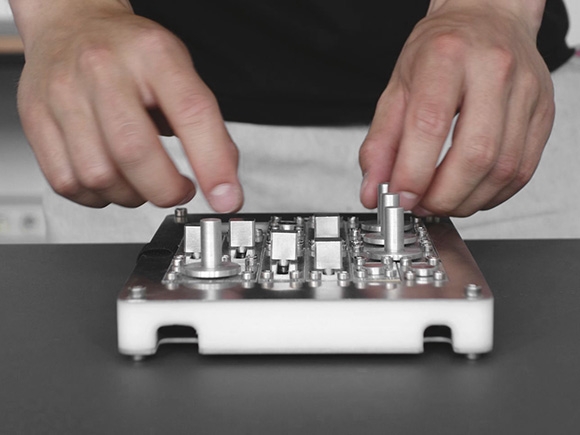 The project was featured on creativeapplications.net, gizmodo, co.labs, synthtopia, and designboom.