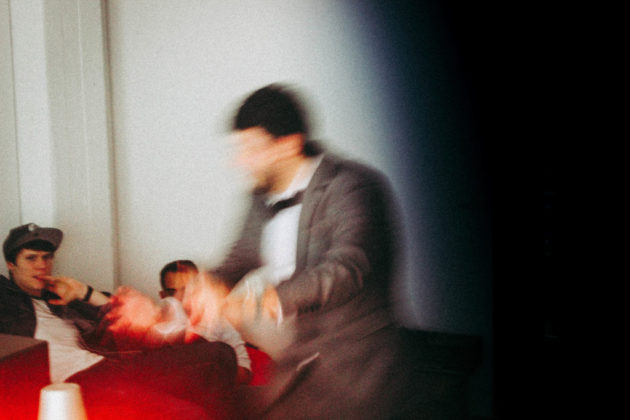 On the performance titled “Modern Old School Media Theory”, Julio C. Guevara takes on a bold and manic media theorist from the 1970’s character to explain through a series of artifacts and an open discussion the key concepts and arguments of his theory described on his academic paper “Topological Characteristics of Communication”. To him, the field of digital media is at crisis. Technical and social networks now converge and create one, making it impossible to think about media without society. 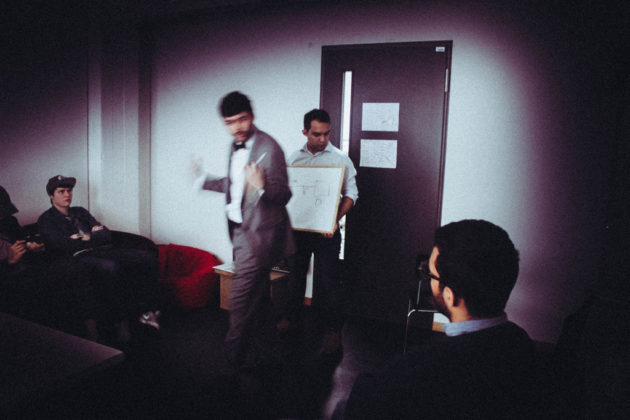 The paper focuses on the study of mediality through its strucutre and topology. It draws inspiration and vocabulary from network and communication theory. The theory itself aims to be a new theory of media, a tool to analyse, discuss and research media related topics.

The most important topological characteristics that are described in the paper are “current” (based on the directionality/bidirectionality of information), “space-time dependancy” (based on the physical requirements of the medium), “velocity” (the number of mediatical layers that a message has to pass through) and “temperature” (an expansion of McLuhan’s Hot & Cool Media theory)

The ideas of this paper were presented in a performative format, to bring the abstract and complex terms into something graspable and easily approachable. The perfromance emulated an old school Silicon Valley media lab from the 70’s and was populated with media artifacts which opened room for exemplification to the performer. 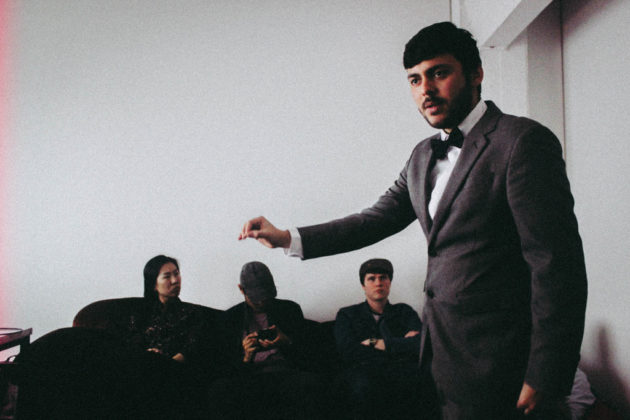 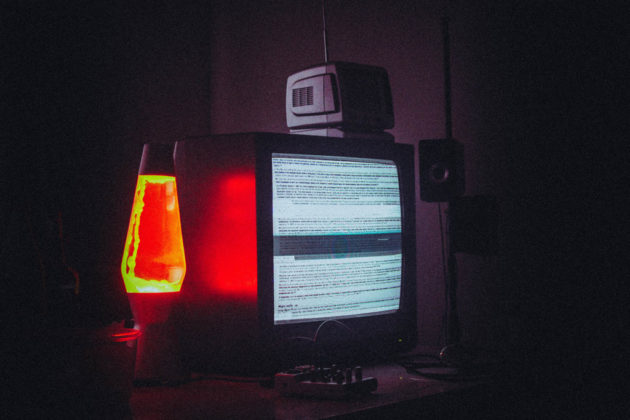 Here is a recording from one of the performances: