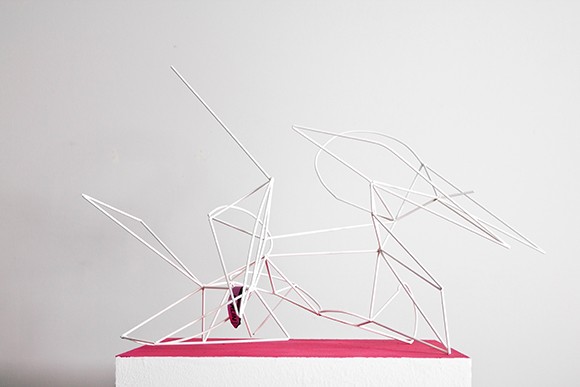 Mapped by time is a proposition for a new cartographic image of Germany. A map showing a world, which is no more about the physical position of a place, but the time needed, to reach this point in space. 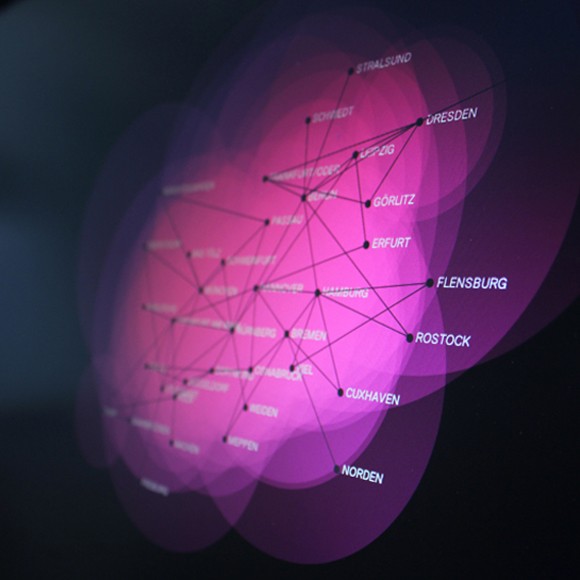 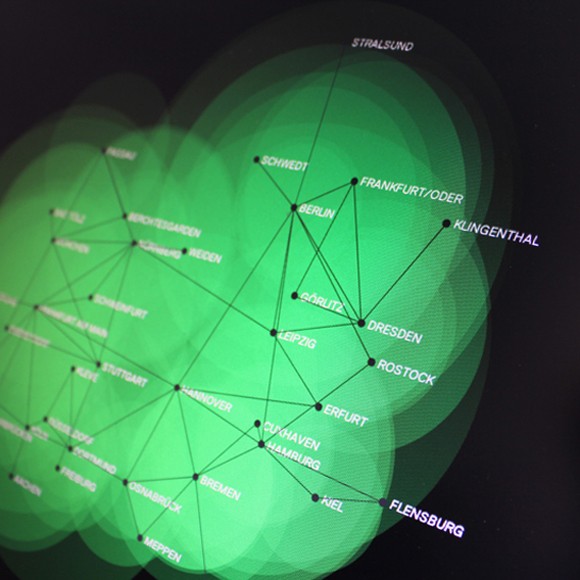 Time becomes the most valuable good of the traveller moving, point by point, towards his destination, without occupying the space he passes through. Just as the physical space of reality looses its meaning, this happens inside the media as well. It’s not one image of the world but many. The distances to each other are the true position of each city. Only true during a small window of time, resembling the current state of travel possibilities.

Mapped by time is no final solution for a new kind of map. It’s the description of a process, brought to several media. Expectations how it may be. A system of rules, to create your own map, of your own time and place, questioning the current system of mapping. 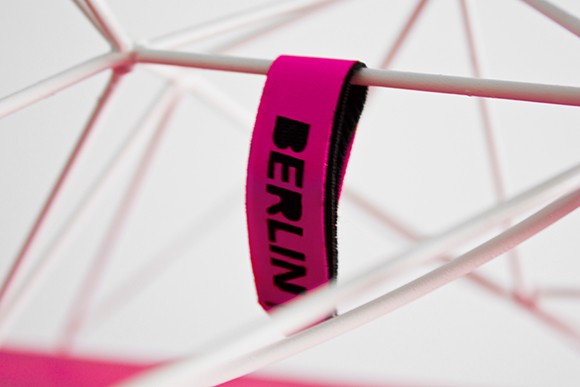 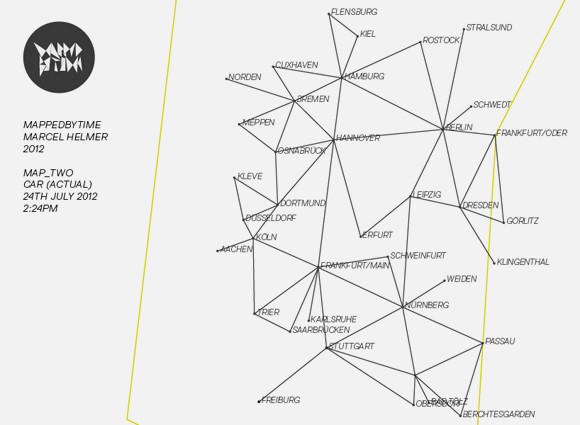 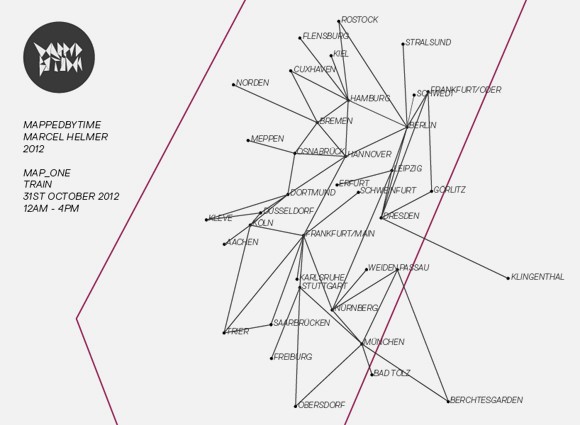 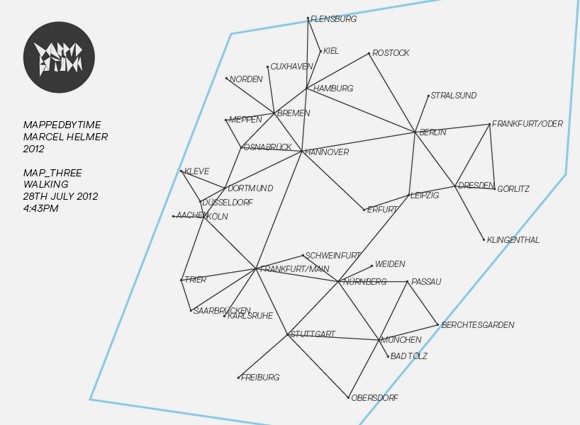