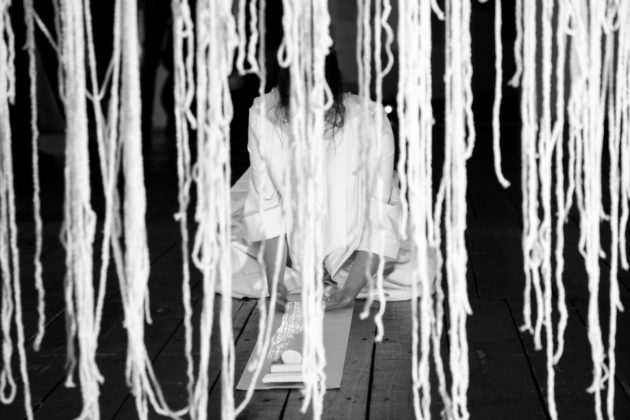 As fundamental as the range of capabilities of the brain, the performance of human hands have shaped thinking, language and culture throughout history. Their purpose is to serve our desires, disclosing known and unknown aspects of the self. Considered as a representation of human agency at first, they constantly exceed in communicating what they were not supposed to. “Hands offer a first way out” (1) in ways that have been acknowledge by several disciplines. This work attempts to gather various perspectives on the topic of hands, as well as their symbolic employment, in different fields of study as well as in religious practices. 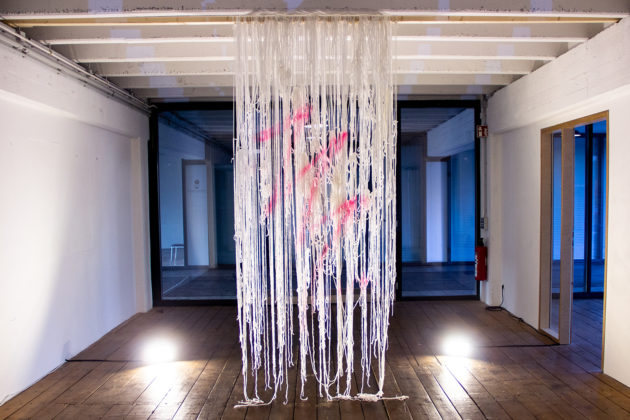 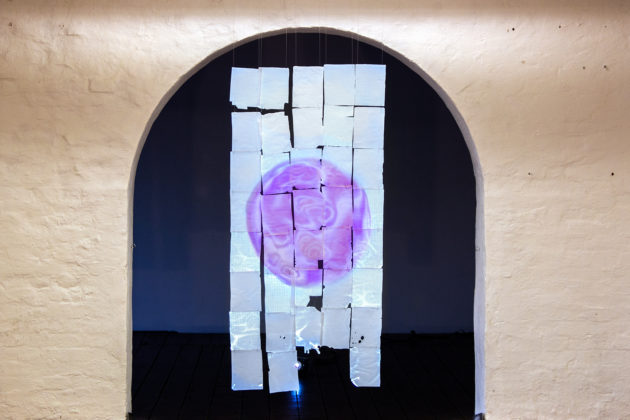 The presented work is composed by an artistic research regarding the hands as a symbol of humanness, constantly present throughout history and among many cultural traditions. The research method stands as an intuitive investigation triggered by a personal curiosity that follows an extensive collection of material on the subject. This collection of information found in the research process shape the final artistic work, which resulted on an exhibition and a live performance. 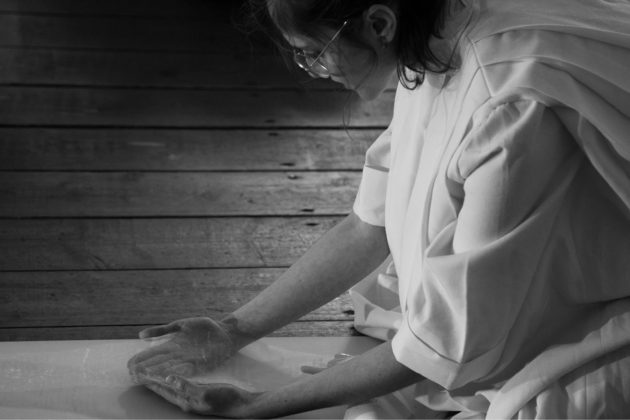 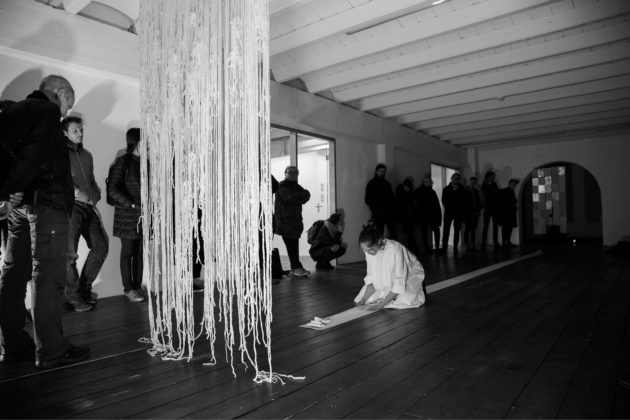 as it turns out to be
a quality of all existing things,
most rivers, most trees, most birds,
just happened to be
mature enough for clarity
after a season secluded in the darkness.

the course of water
through dark aisles beneath the ground,
does not hesitate to decide
that it should at some point reveal itself
only for the fun of sparkly refractions
or the fortuity of rainbows

in the darkness,
the introspective seed recognizes
that it wants indeed to become a tree
and warms up a calculated explosion
directed towards a part of the ground
not taken already by the color green.

in similarly obscure circumstances
inside the delicate walls of the egg
the doubtful bird convinces itself
to break its world through
only for the sake of finding out
the proper wing operations for taking off.

everything there is
finds in the dark its conception.
therefore thousands of years I spent
in the darkness
seeing nothing but my mirrored impression
left on to the ground.

thousands of years have passed
to upgrade a role
and not just give in
as a victim of gravity
ungracefully holding up
the shoulders.

I have since proposed that
once in a while instead
your shoulders should hold me up
for I predicted the act of fearlessly raising the arm
when you desire to report
the urge to answer a question.

the first demand was never to be again
in any height possibly lower than
three-eights of your elongate body.
as long as balance does not require four points
there should be other strategies for being upright
than to mimic the experience of a table

to be alive one must follow
follow the currents, follow the light, follow the mother
life is nothing more than a vector
and my place in yours
was to become the arrow
that points to a way outside of you

a conscious use of power
a redistribution of purposes on the body
an unfolded being.
the true novelty of bipedalism:
is bringing the hand over the mouth when sneezing
and finding each other’s belly buttons.

some say my new self-interpretation
came from your urge for talking.
that being said, I could not be in stronger accordance that certain words
have a better taste when I bounce
in synchrony with every syllable

and I have, with the help of the thumb
created the intervals in history
due to the not so good and then very good
pursue to master the stone
as the flourishing period of this artistry
stone age was called

my forthcoming insurgency
was the invention of two different sides
as a not so efficient distribution of energy:
two eyes form one picture, two ears form one sound
and although the hands are given in pairs I stumbled upon
the privilege of defining preferences

I split the world in two
for a pair has to provide
the illusion of completeness.
I formulated, however, a more efficient partition
delegating my traits
in two different departments

the creator creates his own image
and in the process of intertwining matter
the gesture of rehearsing perfection
models the feeling of love
towards the byproduct of its own explorations:
the miraculous creation

the fate of the ones who speak too loud
is to be shut up
but you seem to have forgotten
that I am the one who opens doors.
thus you invented tools for me to operate
reducing my language to only pre-programmed tones

in the simple act of opening a door
or scratching the skin
lies a mystery.
the premise for the execution of any task
is to have only a vague fever
a slight intuition of a gesture of doing

a fact of relevance:
before forms I used to draw rhythms
frequencies of disappearance.
now before a wedding ceremony
a pattern is drawn around me
to awake the inner sun and all its variations of brightness

the hand is the translator of obscure thoughts
therefore cannot offer more than
a deceiving idea of agency or choice.
man is condemned to be free
and constrained in this fictitious sense of autonomy
attempts to silence the imperative forces inside himself

a medium for pleasure
knowledge embodied
a dichotomy that fits infinite possibilities
a ligature.
there is no escape or refuge without a passage
unless I point to the way out. 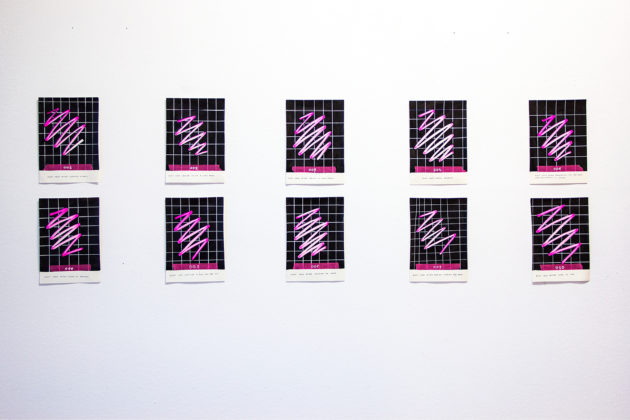 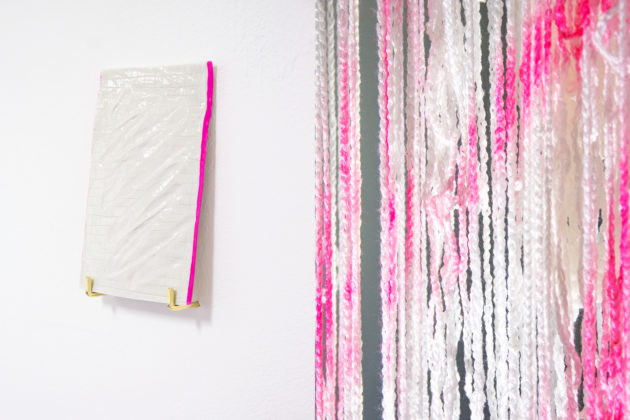 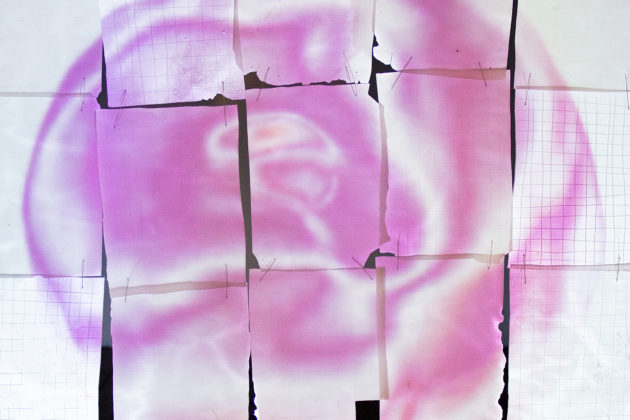 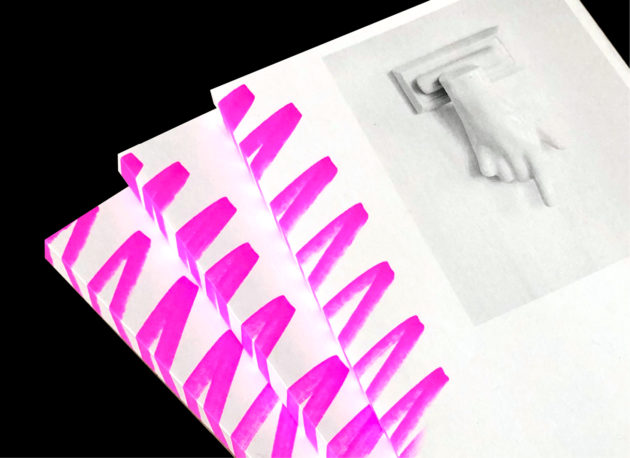 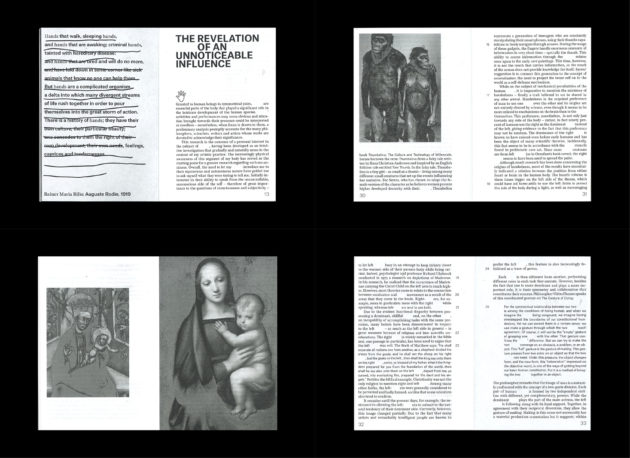 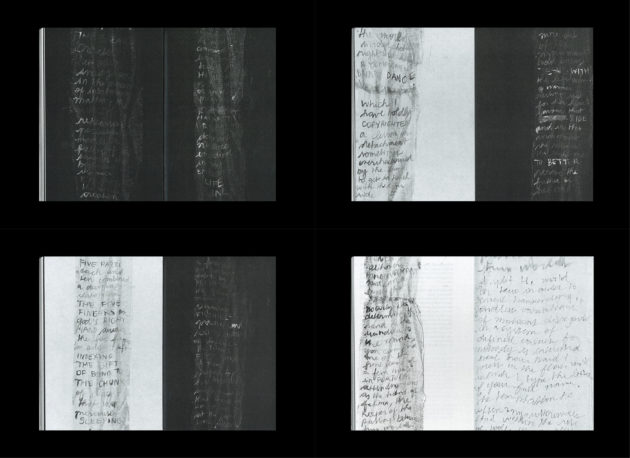