Working until 67 is not an option for followers of the “Financial Independence and Early Retirement” movement.
This interactive web story explains and visualizes interactively how anyone can spend less money, save it instead and retire way sooner than most people.

The illustrations were drawn in Adobe Illustrator, the website is implemented using HTML, CSS, jQuery and Dynamic SVG graphics.

A working demo can be tried out here: masterproject.oliver-noelting.de
(Currently only in German, works in Chrome, Safari & Firefox)

The project was supported by HEC. 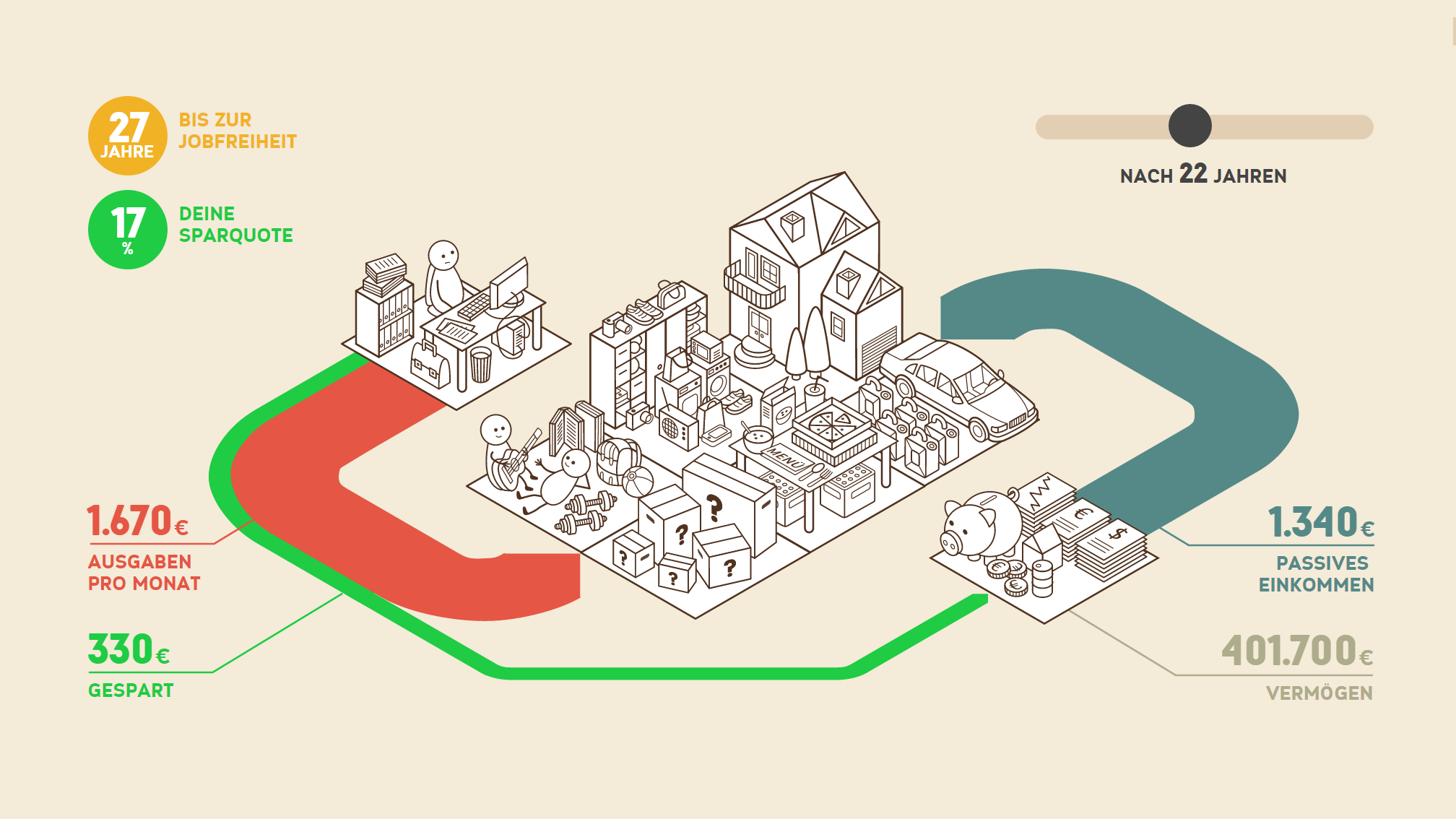 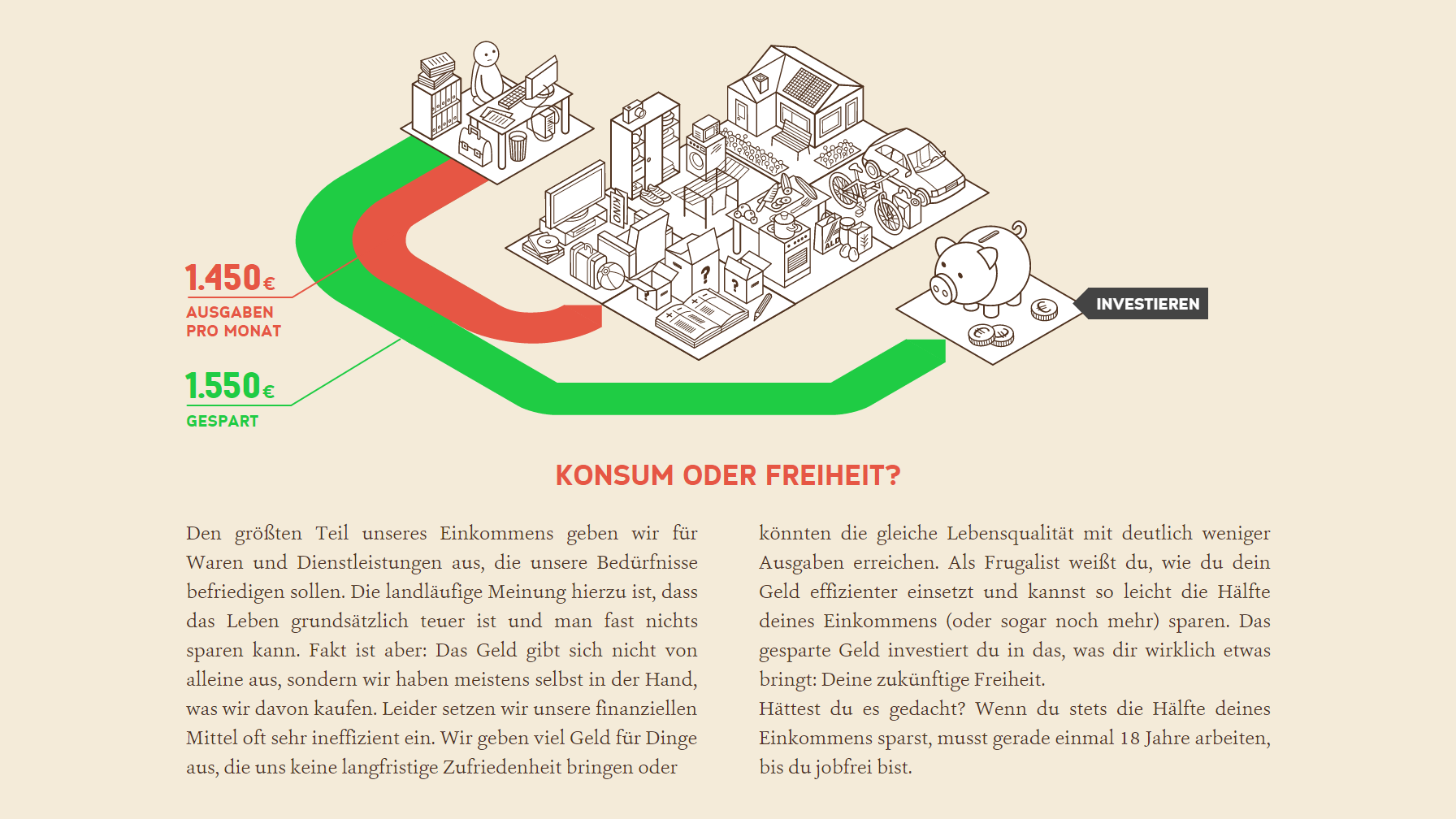 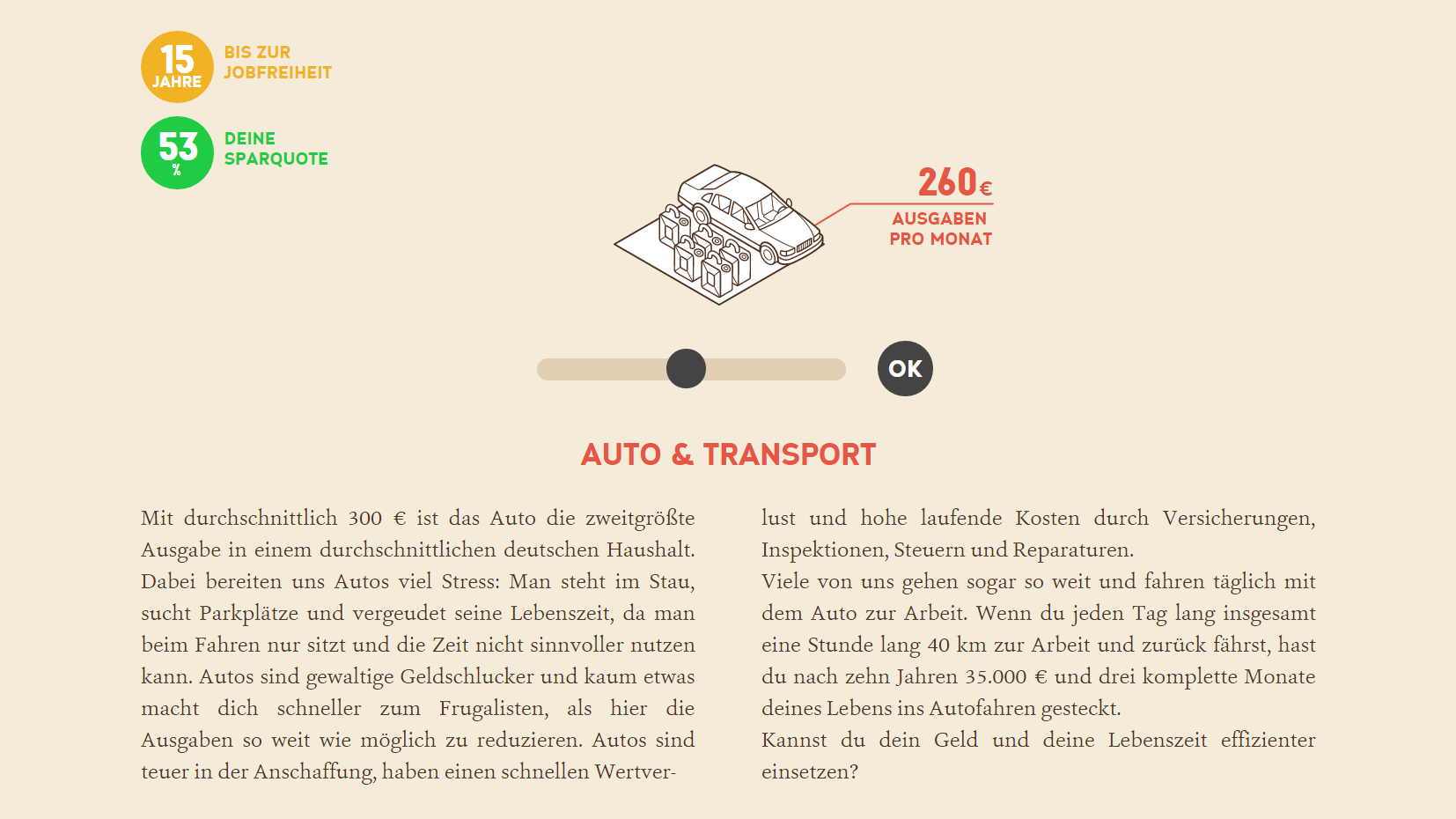 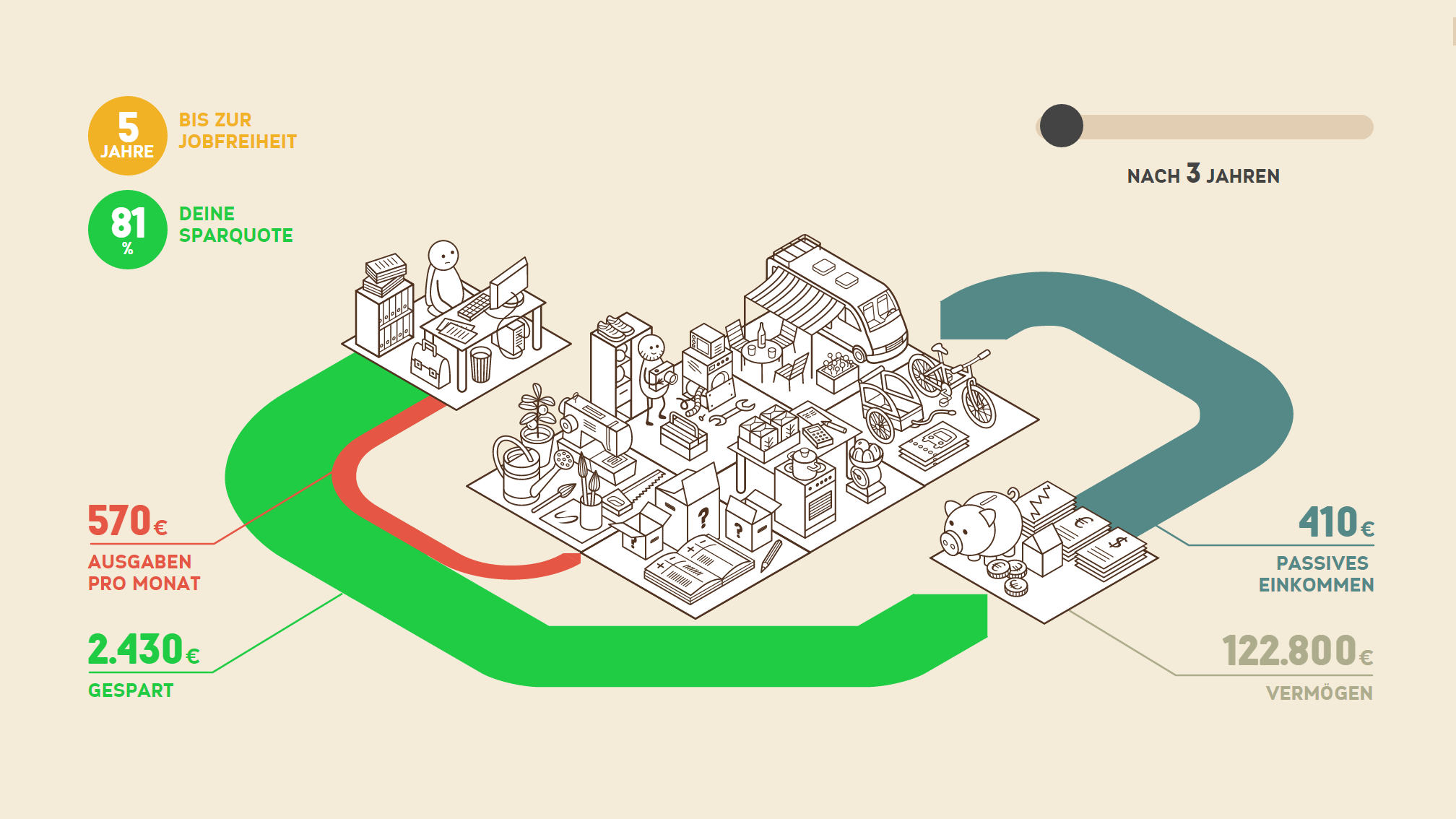 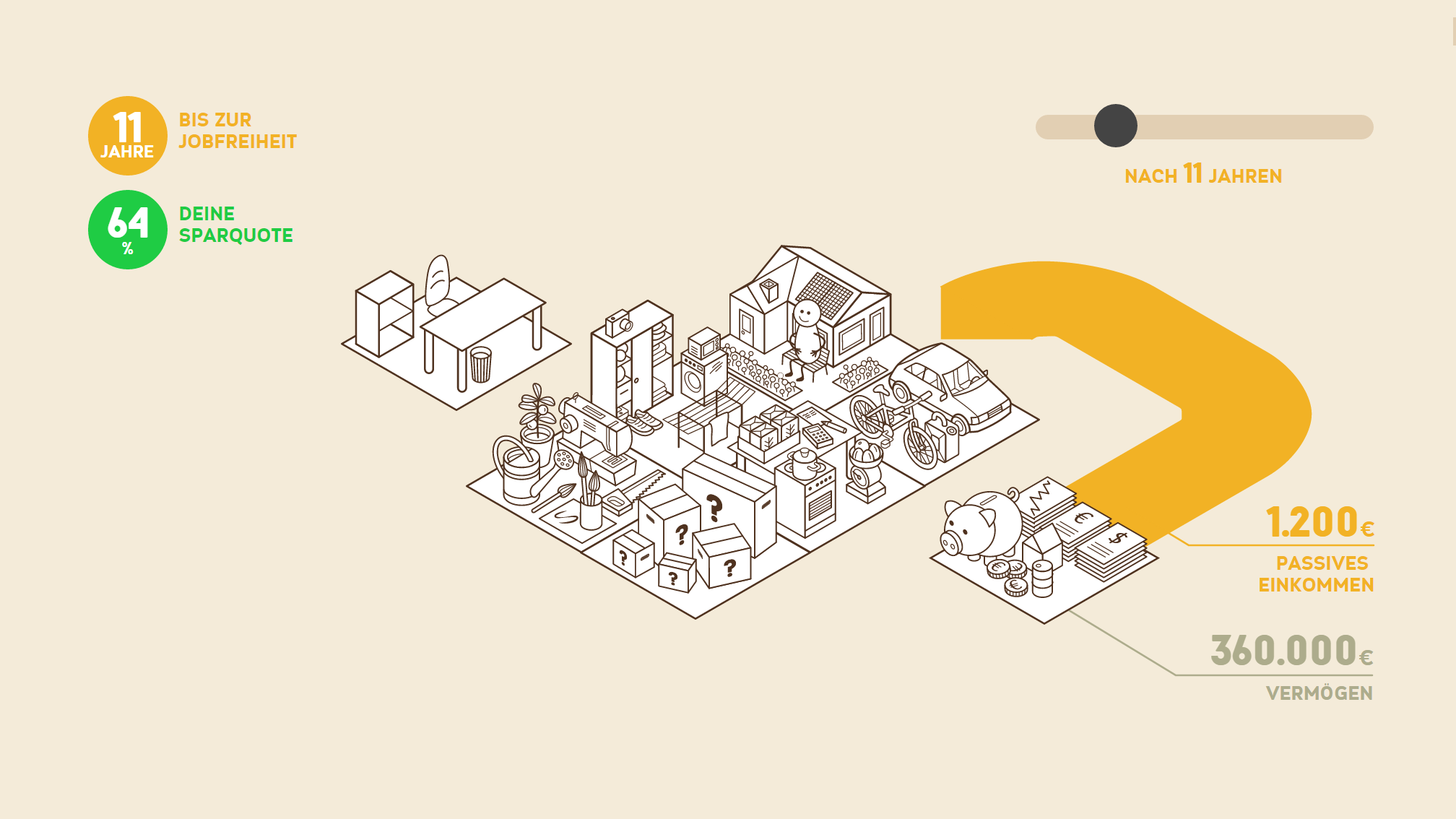