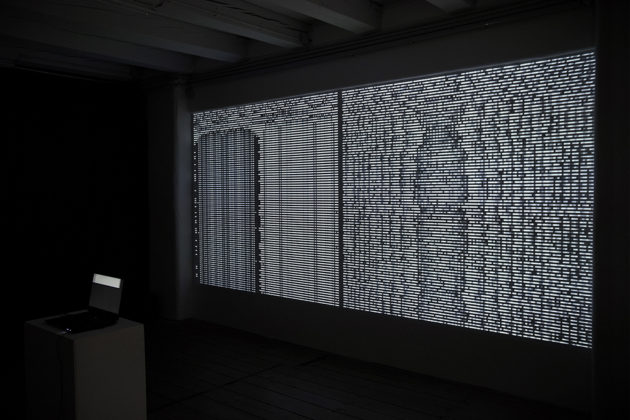 Every Possible Sound is an audiovisual installation consisting of two algorithms which aim to complete the seemingly infinite and impossible process of iterating all the permutations of the binary data in a sound file. While similar at their core, the algorithms take different paths to produce the same end results.

The information that makes up digital sound, like all the other digital information, consist of repetitions and alterations of only two characters – ones and zeros. As a result, in a file of a certain length and format, there can be an enormous, but still finite number of unique arrangements of those two characters.

The algorithms go through those arrangements systematically, creating unique one-second-long sounds on every iteration. After a determined time, the length of which we might perceive as a few eternities, they will reach the same end – the initial state they started in. In the process they would have created and played every possible sound.

A collection of all those results can be considered a complete sound library or database. It would contain every sound we ever heard, will hear, or will not hear, every word spoken in every language – even for those that span longer than one second, somewhere, at some point, an extension will exist. Such database might also be seen as empty or devoid of any use, since all the coherent sounds, while tremendous in number, are only an infinitesimal fraction buried in-between the overwhelming noise.

During the process, the new sounds are constantly played through speakers as they are created, and their binary data is visualized by a grid of lines representing the bytes, with their brightness indicating the value. While on the screen, a record of those newly created sounds is kept. 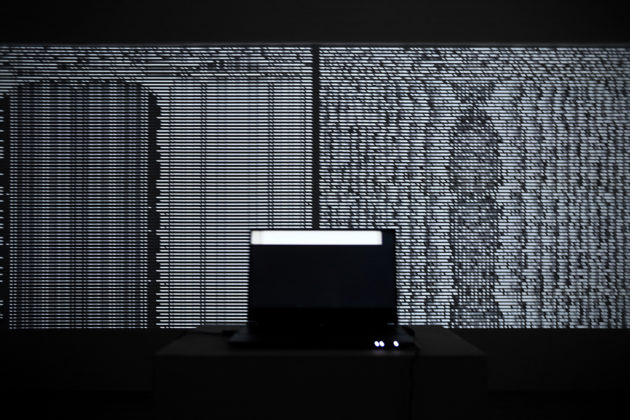 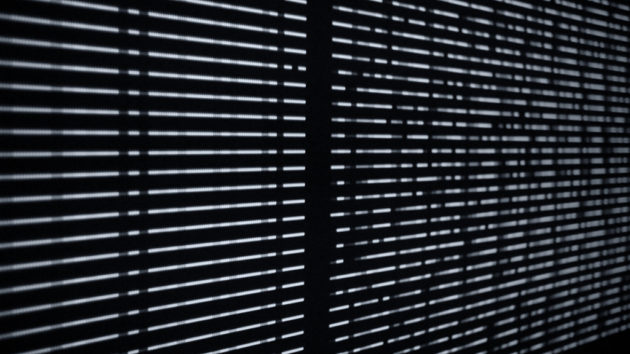 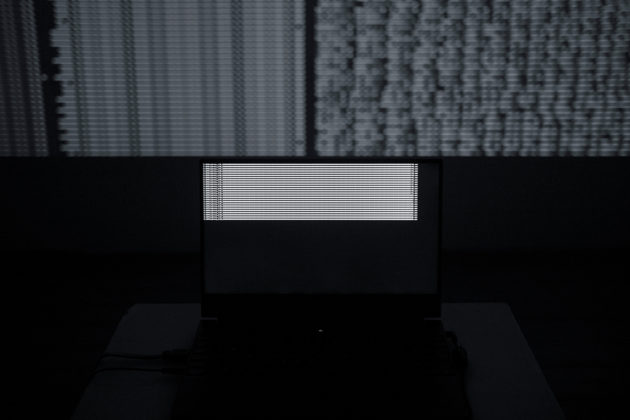 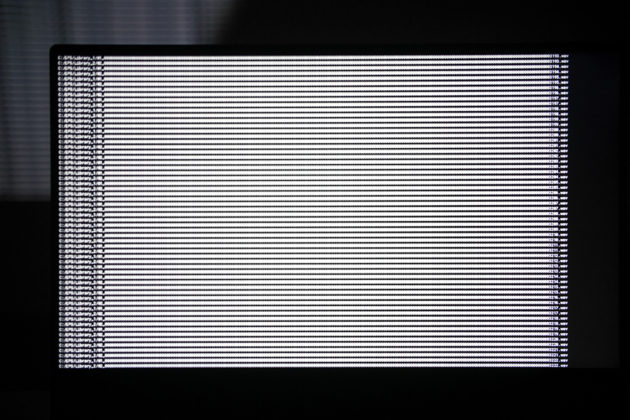