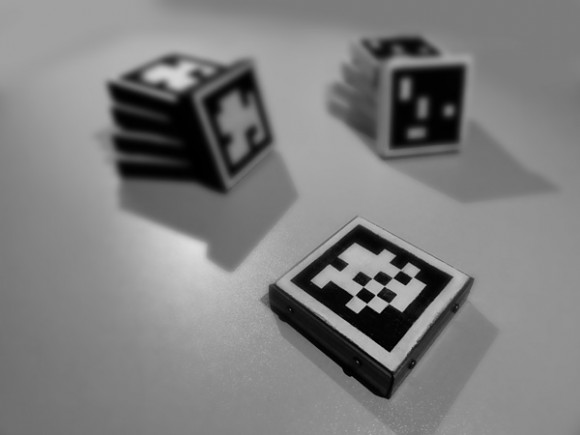 Charge is a Board Game which uses the technology of Augmented Reality. It reminds on a classic 1on1 Board Game like Chess or Go but it combines classical analogue Gameplay with technology. You have to use a Computer or a similiar Device with an attached Camera to watch the current correct statuses and scores of the game.

This Work was done as a part of a Course at the HfK. The Game was realized by Malte Buttjer, David Friedrich and me with the C++ Framework »Openframeworks« on a Macintosh. There are plans for the future to port the game to Mobile Devices. 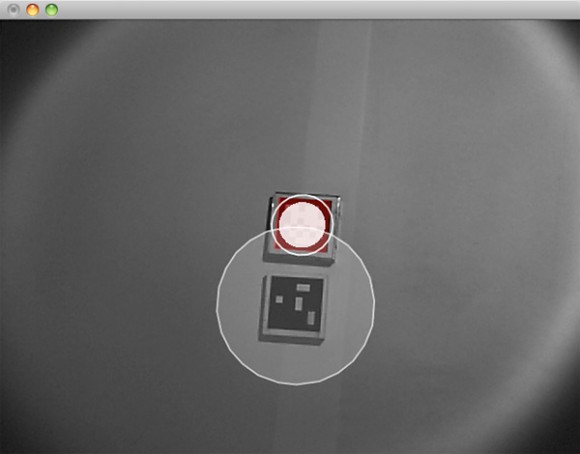 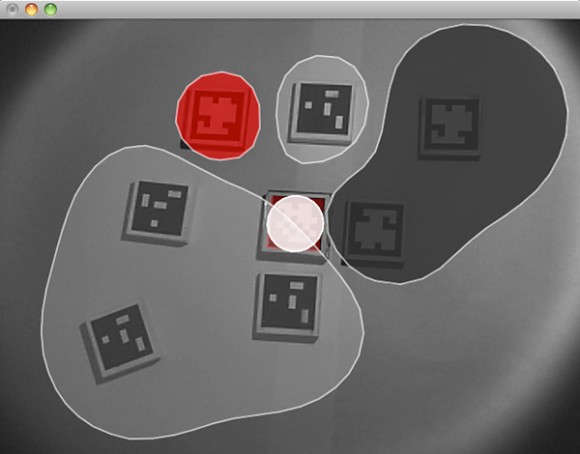