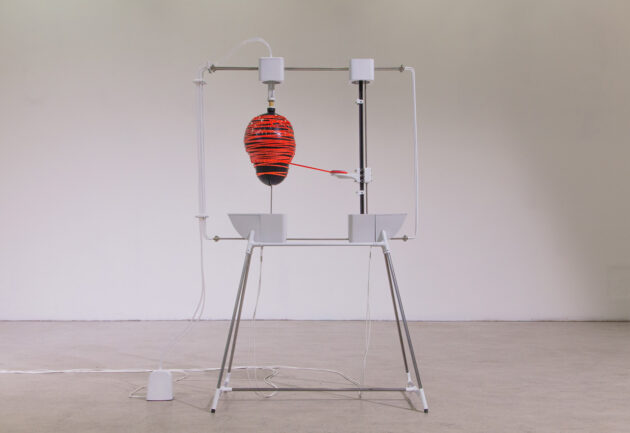 Catastrophic Combinations facilitates a recursive bonding between a balloon and adhesive tape. Balloon and adhesive tape mounted on the machine become a part of the system and serve as critical components to combine and interact with each differential and repetitive movement. This configuration establishes a recursive complementary relationship in which each influences each other and the influence is reflected itself, and it constantly causes unpredictable deformations of the combination of balloon and adhesive tape. Therefore, this machine is also an attempt to define and prove contingency by deliberately revealing mechanical faults that occur recursively. 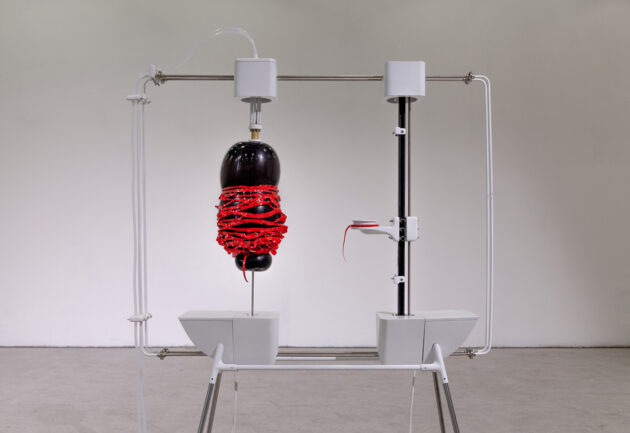 *Recursivity is not mere mechanical repetition; it is characterized by the looping movement of returning to itself in order to determine itself, while every movement is open to contingency, which in turn determines its singularity …. Every difference is a differing, deferring in time and a being differed in space, a new creation. Every reflective movement leaves a trace like a road mark; every trace presents a questioning, to which the answer can be addressed only by the movement in its totality.* – Yuk Hui, Recursivity and Contingency, 2019

This combination is a series of interactions between

These actions are internal/external reactions/actions of various forces induced at the connection point between the balloon and the adhesive tape. Hence, they both act as matter(hyle) and form(eidos) to each other simultaneously. The motors each move only periodically by the iterative conditional algorithm, but they are connected by the combination of these two objects and placed in a recursive function or recursive algorithm. 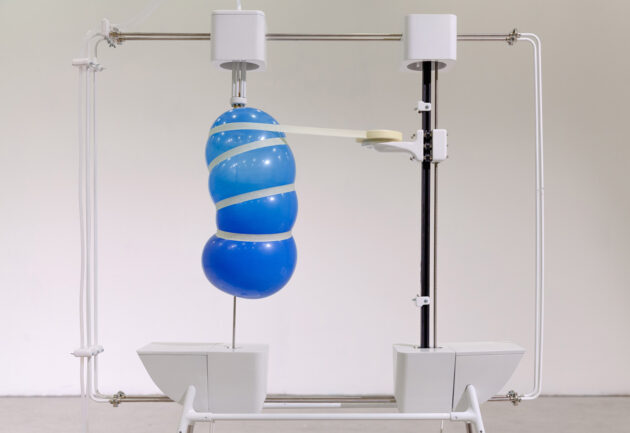 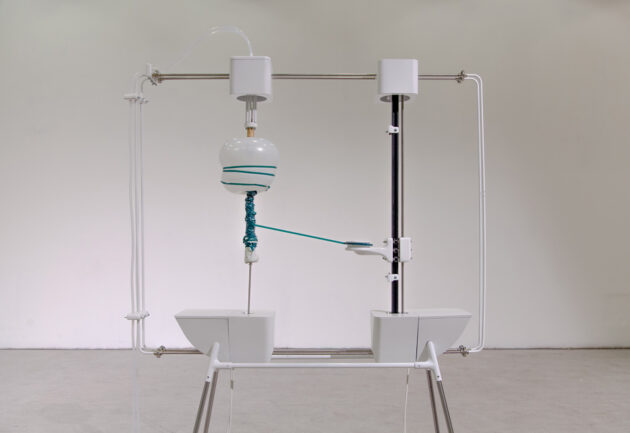 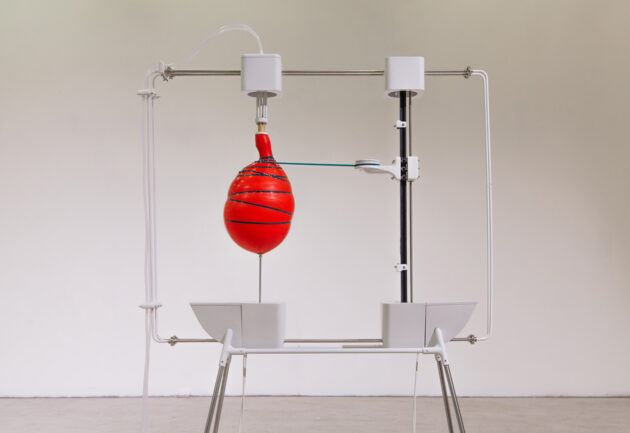 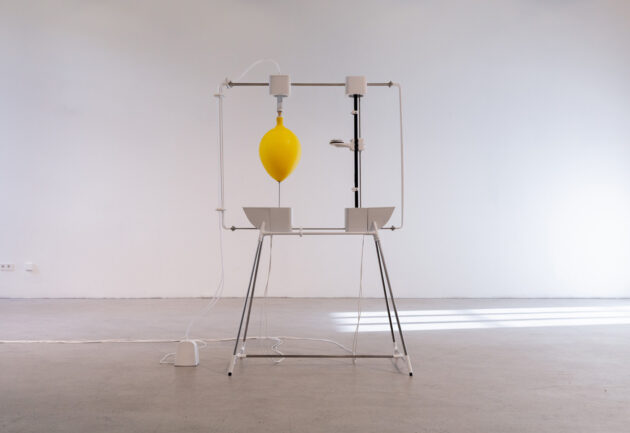 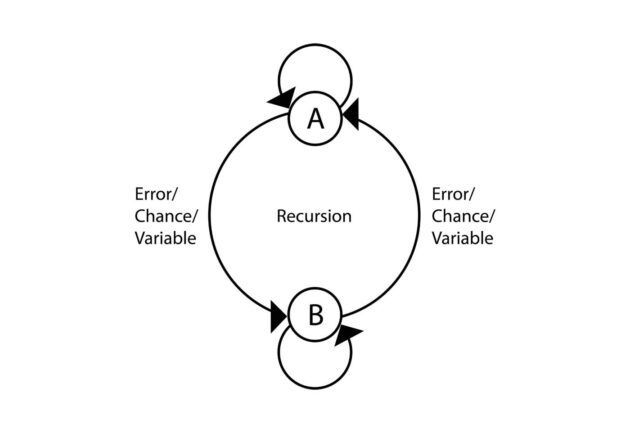 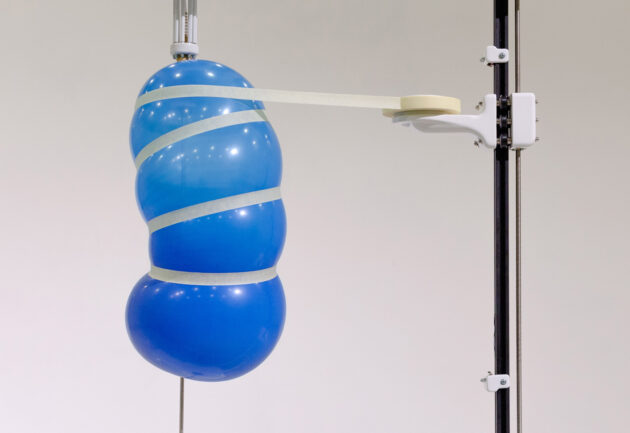