The pineal gland is a small organ inside of the brain and it produces melatonin which is regulating sleep patterns. However, in the 17th century when renowned philosopher Rene Descartes lived, nobody knew what this organ is.

According to him, the pure mind and material body are completely separated and cannot affect each other. The point in Descartes’s speculation about the pineal gland, in short, is that the immaterial mind and material body combine at the pineal gland which is basically a medium between mind and body in his theory. However, the contradiction of this assumption is that the very point where the mind meets matter is composed of physical flesh.

This paradoxical claim on the pineal gland from Descartes could be used as an argument that immaterial abstraction is realized by mediation through matter. Hence, I speculated an apparatus showing the intermingled state of both abstract information and tangible material aspect. 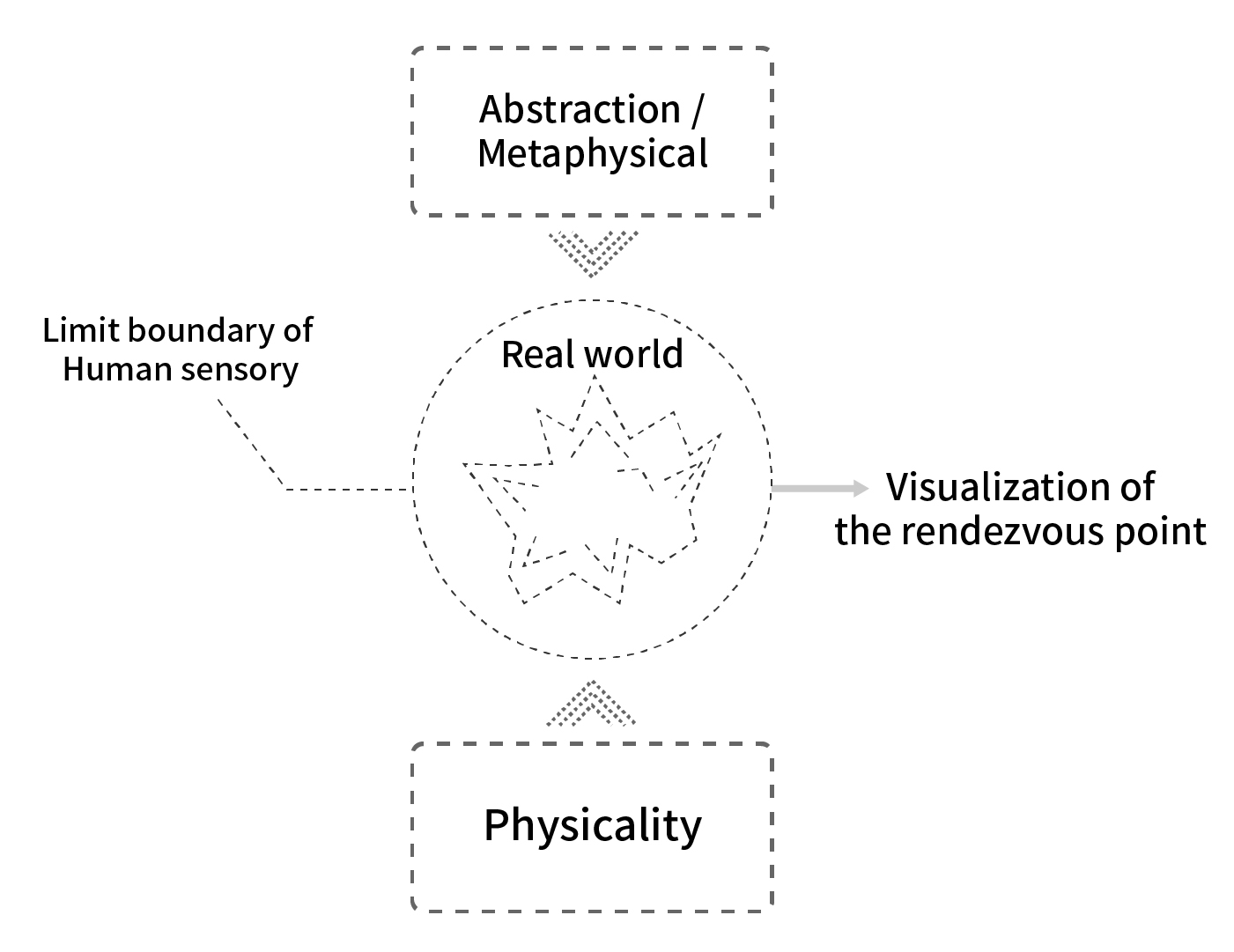 This apparatus uses Rene Descartes’s hypothesis about the pineal gland as text data and magnetic memory core as a storage device. It magnifies the physicality of data and information by showing intermingled points between intangible data and physical material.

By doing so, observers see the rendezvous point where the abstract data and material are mixed together.

Fundamental assumption for the project

We have quite a large disintegration between the abstract digital content and the actual physicality of devices. Because most of the data and signals are detached from real substances and encapsulated or reduced into a specific form that is accustomed to the rectangular screen.

On top of that, people are getting more and more incline toward the digital-centric and immaterial world. I speculate that we can observe our tendency which allows the supremacy of the meaning and metaphysics over the materials.

Through this project, I would like to stand an opposite proposal against digital/immaterial centric tendency. Even if notions and abstract concepts are essential and easier to manipulate to make us perceive our world, those are just models of our world made out of matter, and even further, those models are not possible to exist without a physical foundation.

The purpose of this project is the visualization of data processing & computing in regards to the co-relationship between the material and information by using real substances to display genuine representation of matter and data inter-connection. The apparatus transmits a character by a character from texts written by Descartes as an input into the device. The control module converts them to ASCII binary code and sends one bit of data to each memory core. Then generated signals flip the magnetic polarity of memory cores and induce voltage from it. These voltage spikes from the memory core turn on the electronic magnet and magnetic flux around the electromagnet distort laser reflection on the surface. This installation has two different devices. the first one is an LCD screen module, and the second is a magnetic memory module with ferrocell, micro-controller, and laser diodes. An electromagnet is placed behind the ferrocell plate and laser dots are projected on top of the surface of the plate. 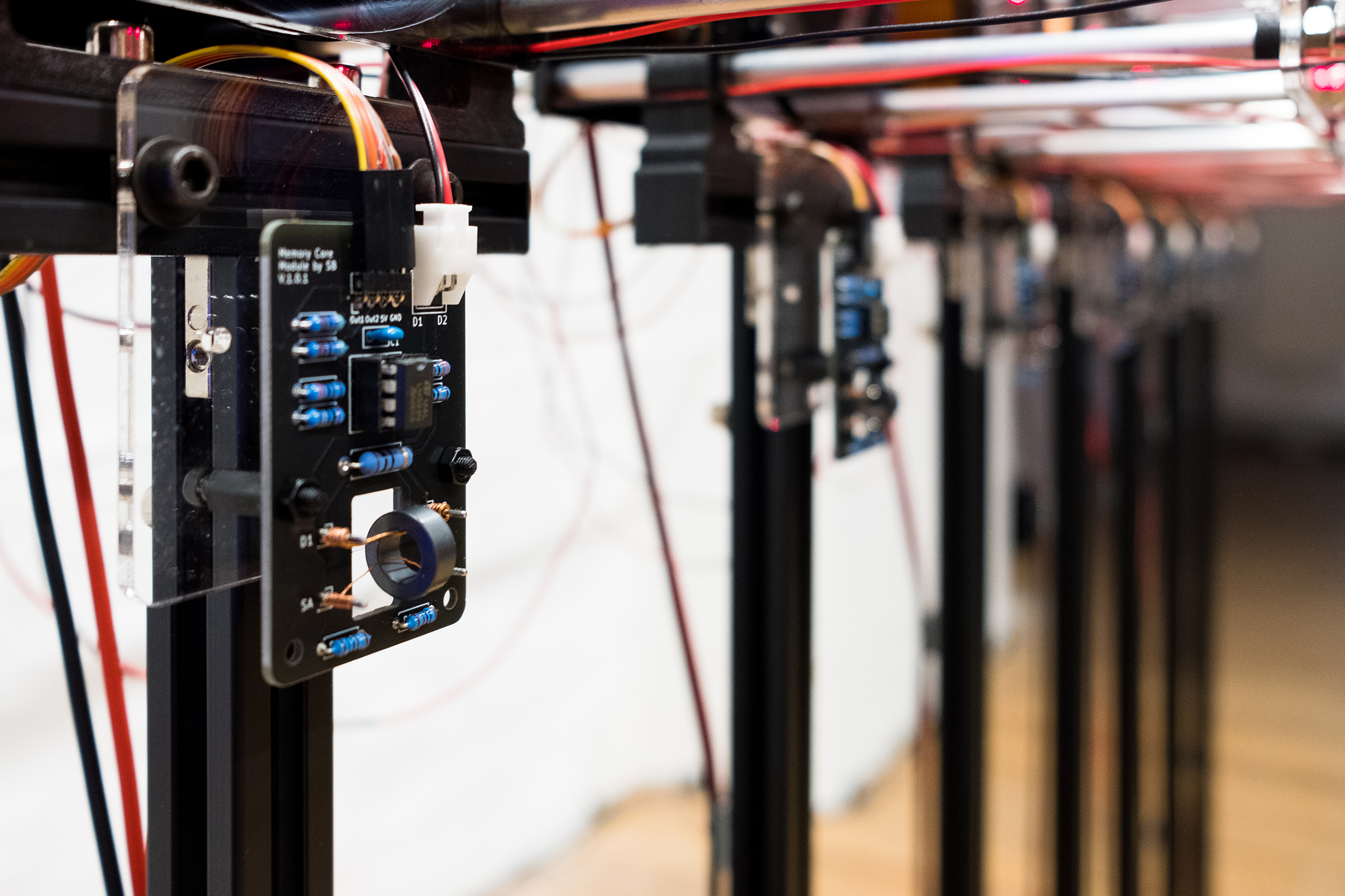 The technical procedure of the apparatus is composed of by following stages. 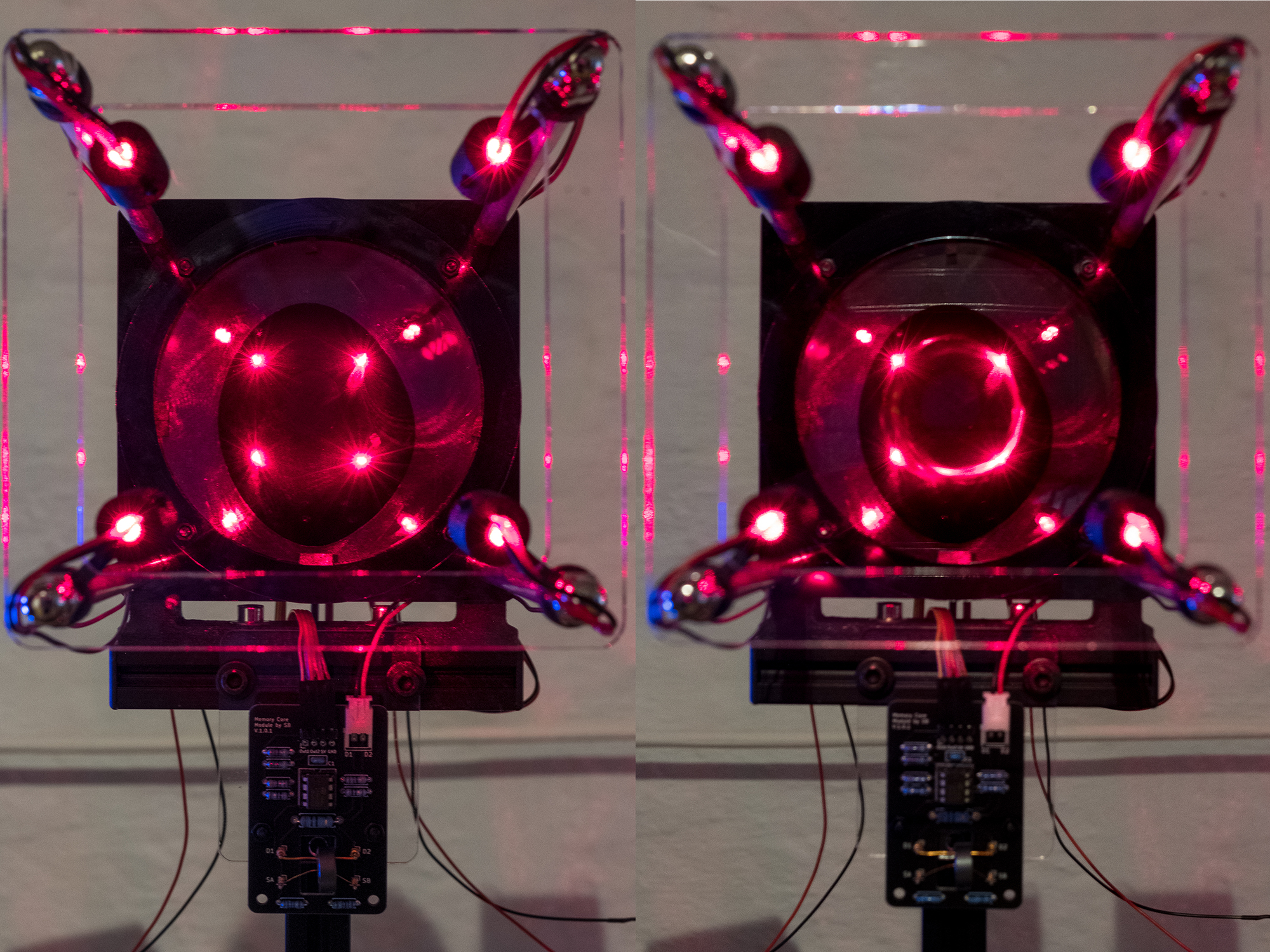 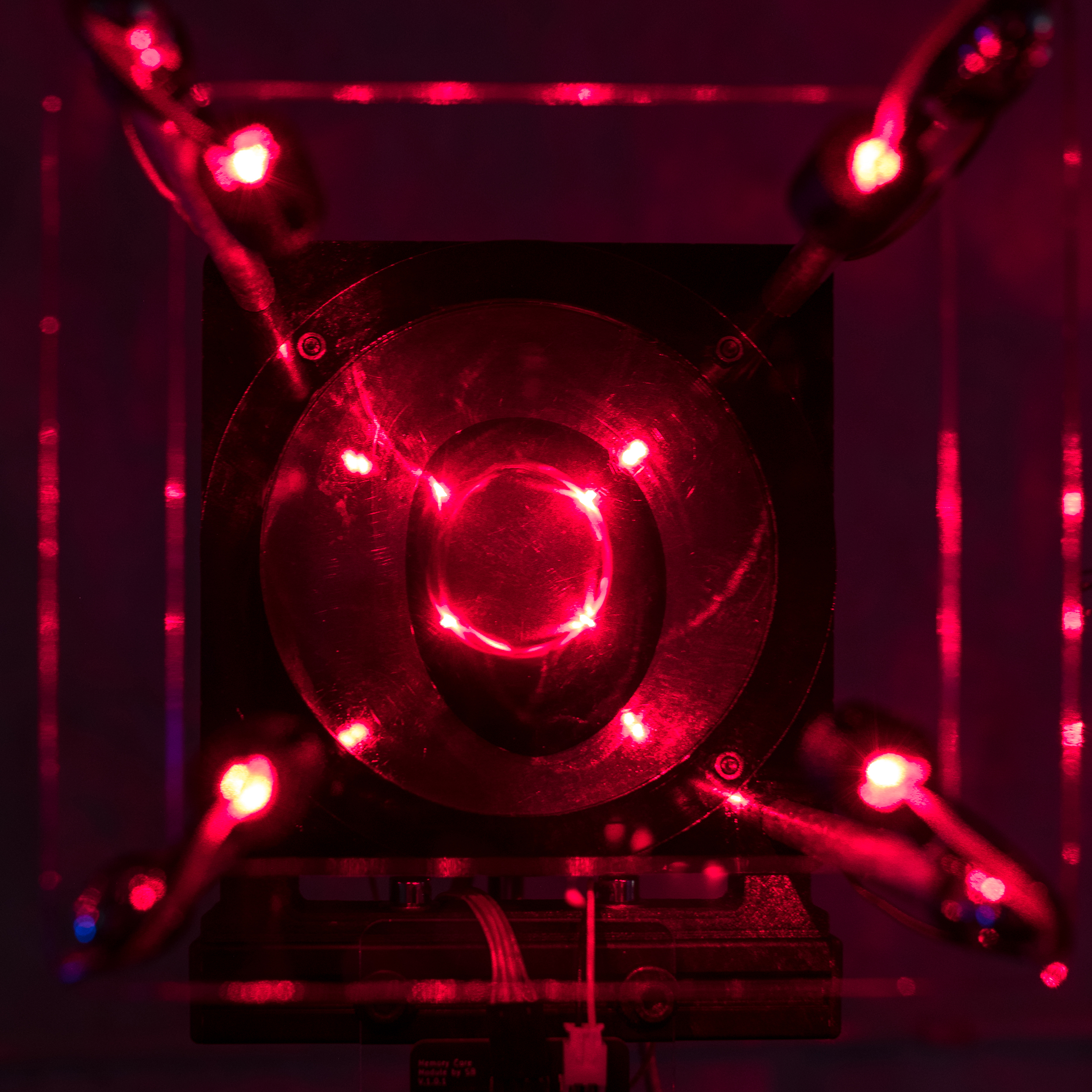 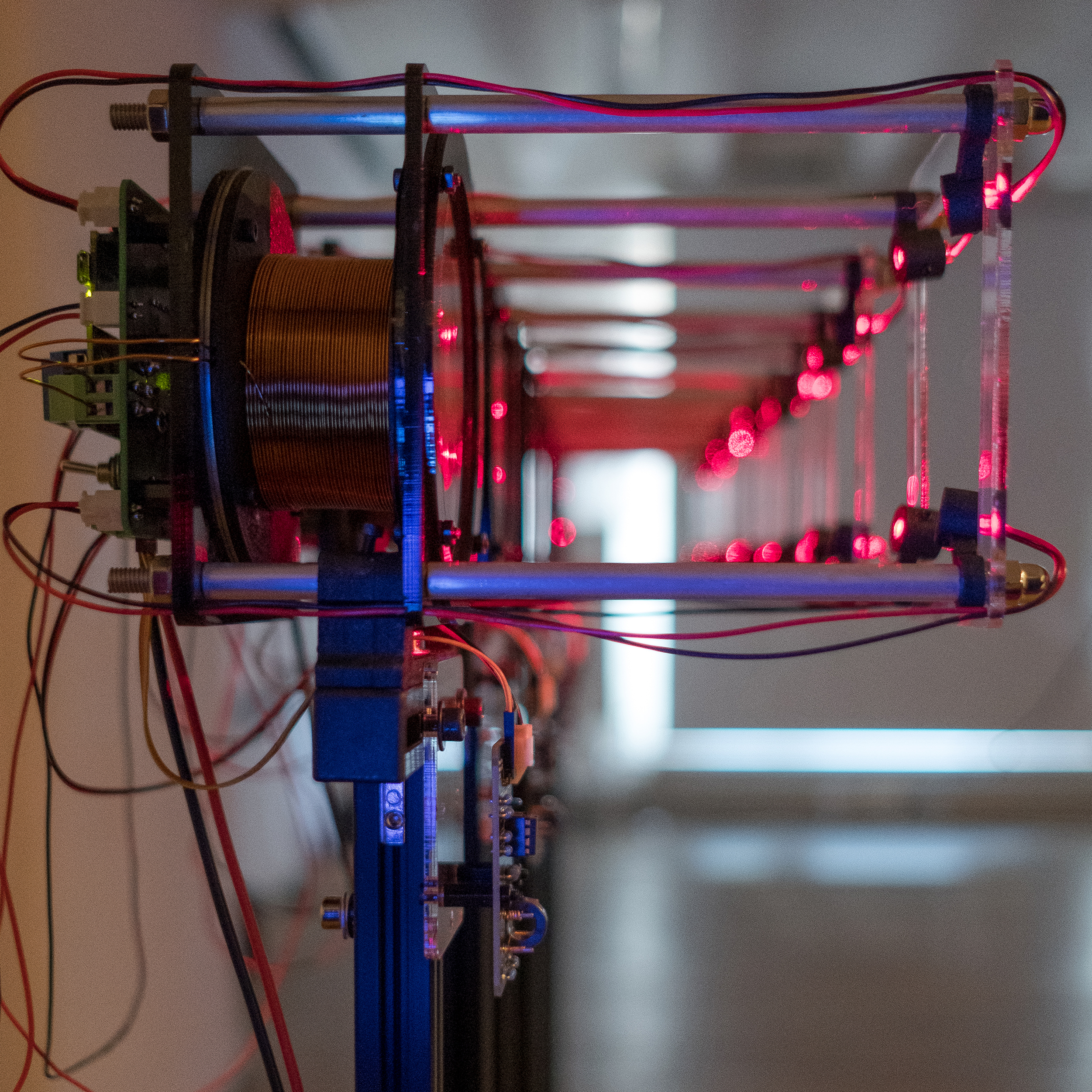 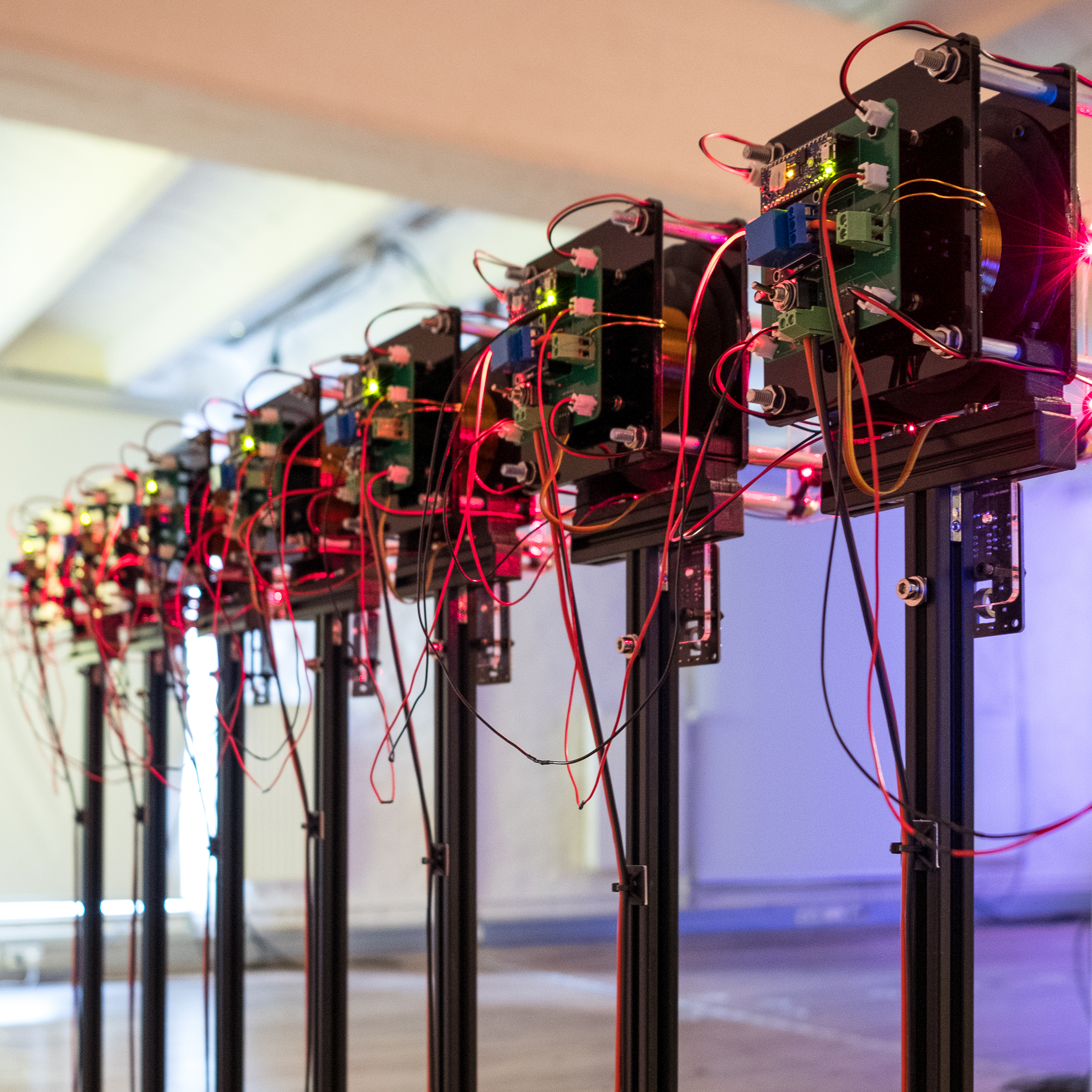 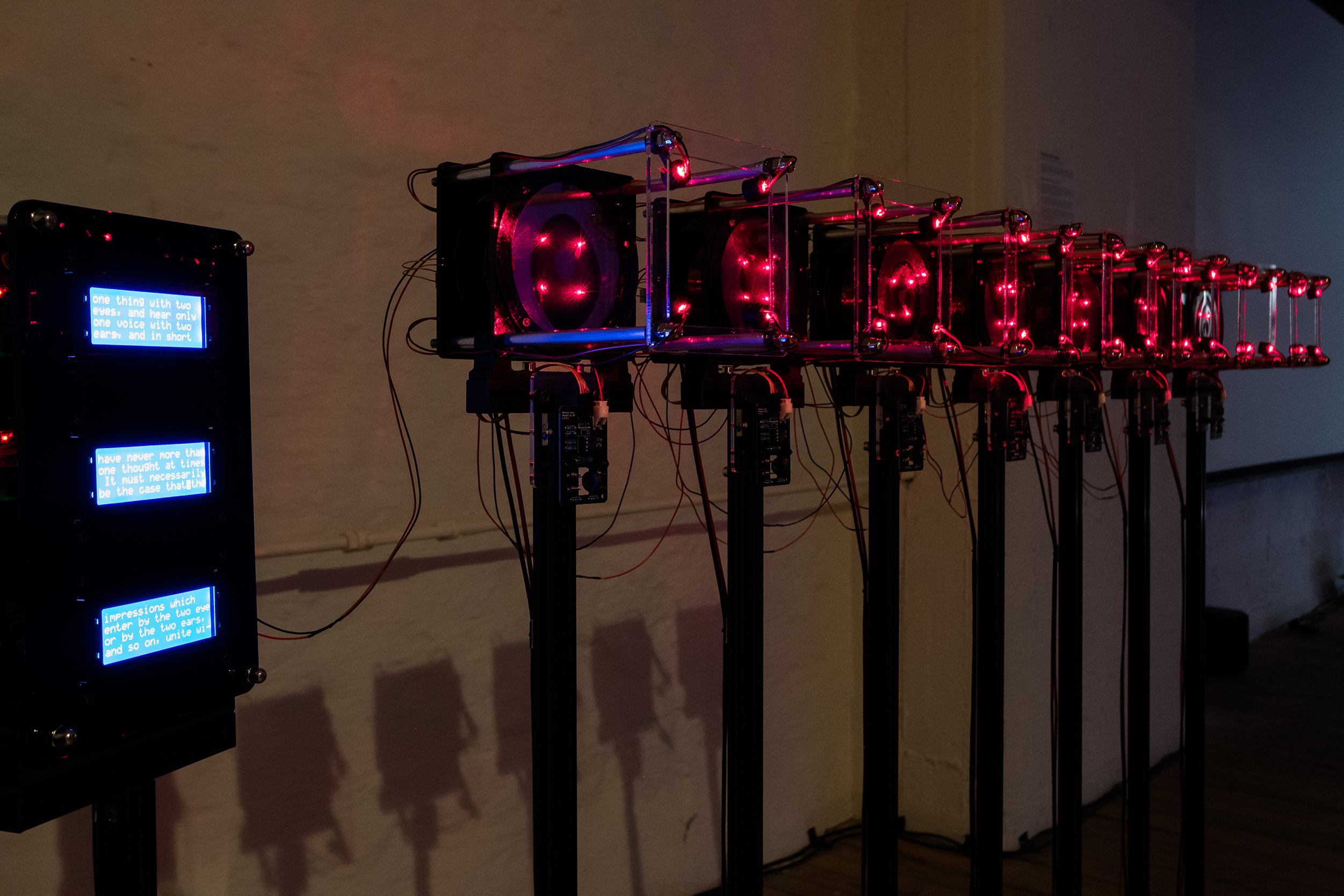