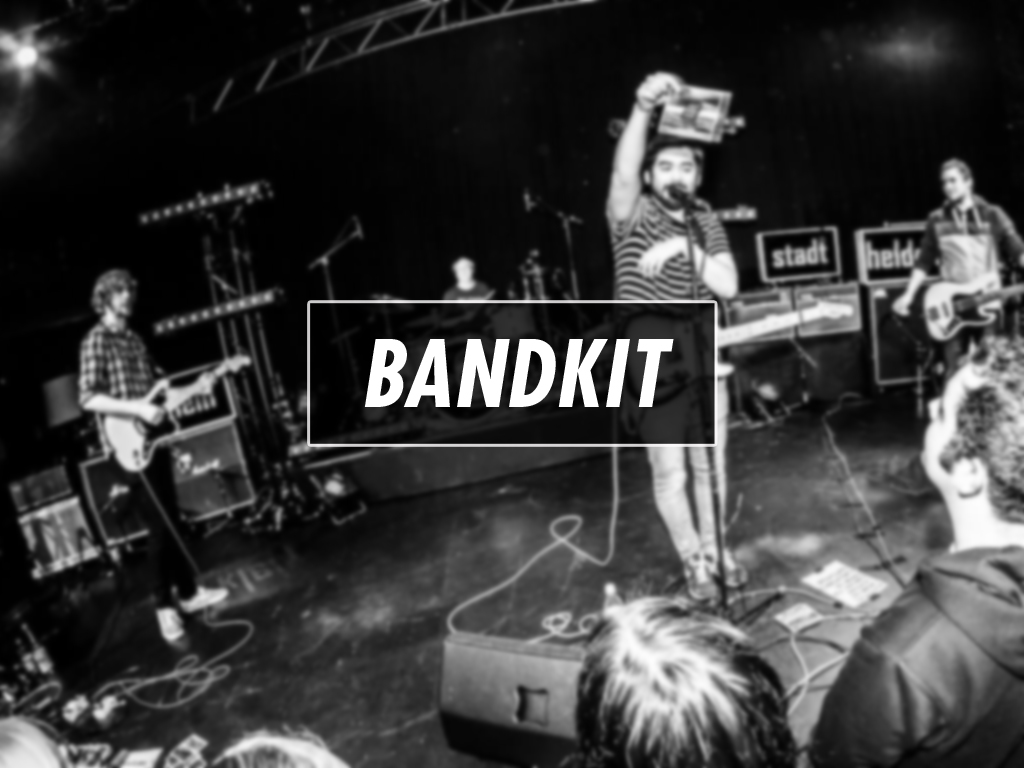 Bandkit is a web-based management tool for bands. It helps sharing data as well as information with different people and organizing internal band affairs to avoid using several platforms and to gain a better overview.

Bands have to schedule appointments for example rehearsals, concerts and recordings. They need to organize their Public Relations and their Social-Media appearance as well as (printed) advertisement such as flyers and tour posters. It is also important to take care of financial matters. In conclusion, a band is similar to a small business. Many of these tasks are handled and communicated via Internet on different platforms such as Facebook, WhatsApp, Mail, Dropbox, Google Drive et cetera. Bandkit is a tool which combines all the functions different platforms offer.

It seperates each appointment in a package that manages and contains lists of information within its different features such as a messenger, todolist, filesystem for getting a better overview for the user. These packages are so called “tickets” and they are running reports on a particular appointment, its status, and other relevant data. 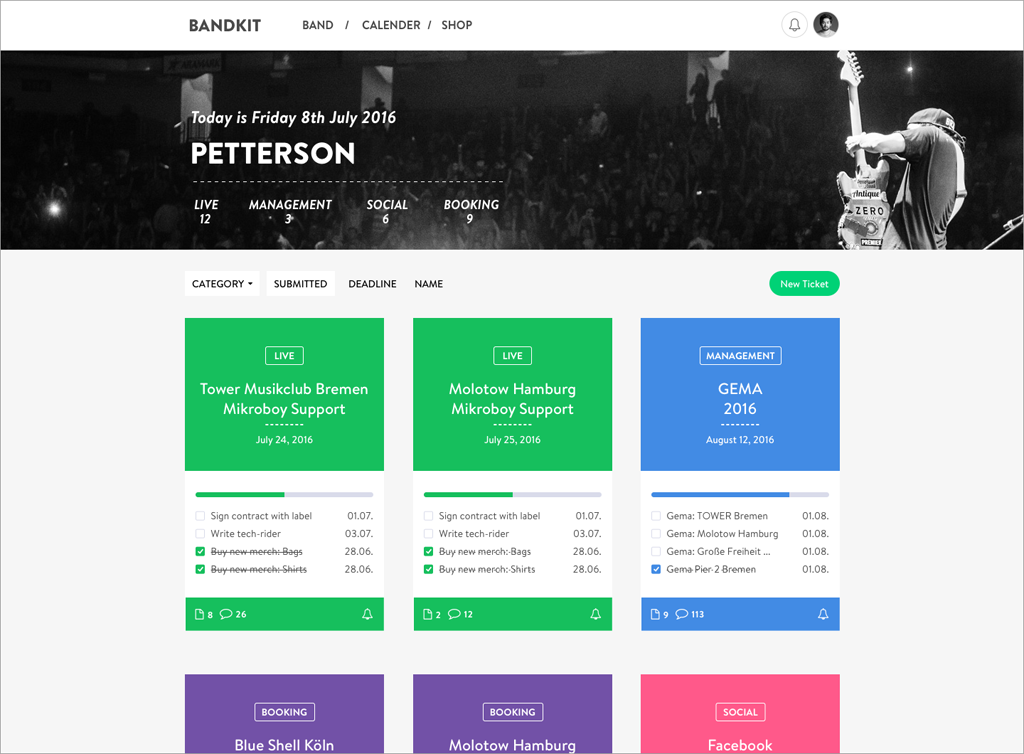 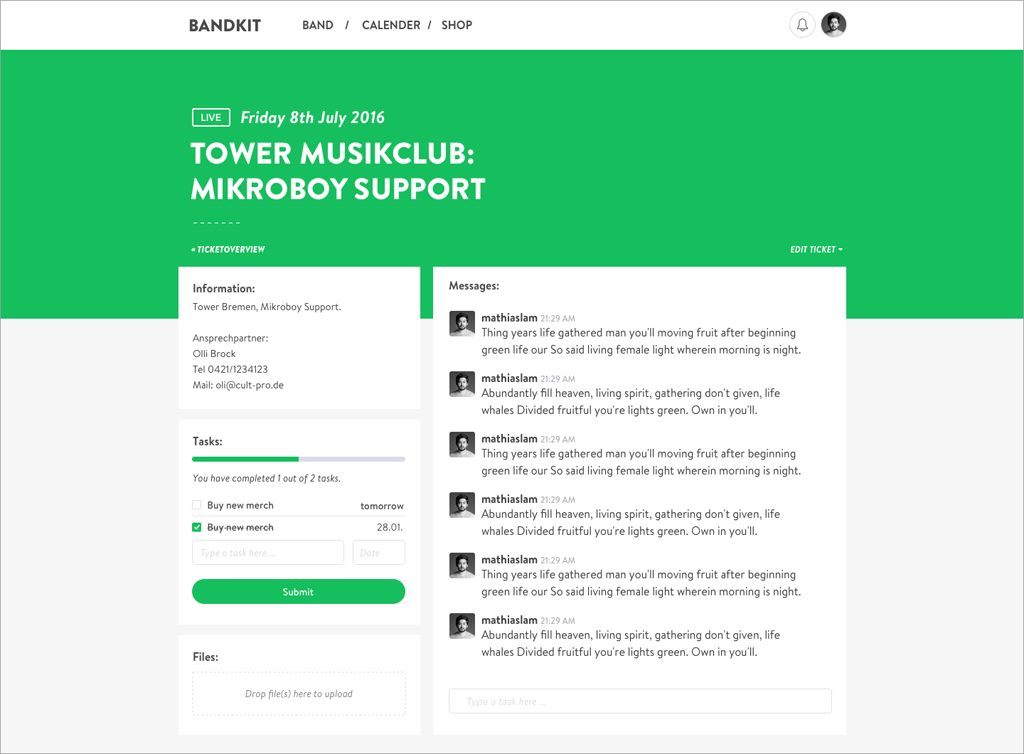