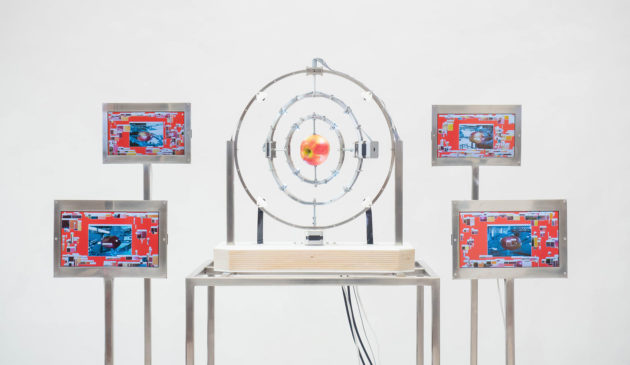 *(asterisk) is an installation, armillary sphere formed apparatus rotates an apple 360 degrees in two axes and four cameras are scanning the surface of the apple omnidirectionally in real-time. And computers calculate the similarity between fragmentary image of present apple and that of apples I’ve eaten before, as it were, my memory of apples. And these computation and compared fragmented apple images are shown through four displays respectively.

And then all of a sudden, there it was, clear as day: existence had suddenly unveiled itself. It had lost the harmless look of an abstract category: it was the very paste of things, this root was kneaded into existence. Or rather the root, the park gates, the bench, the sparse grass, all that had vanished: the diversity of things, their individuality, were only an appearance, a veneer. This veneer had melted, leaving soft, monstrous masses, all in disorder—naked, in a frightful, obscene nakedness.
“Nausea” Jean-Paul Sartre

One day in a supermarket, you are surrounded by mass-produced commodities. Everything is properly and bureaucratically categorized so that consumers don’t get confused in the ocean of goods. In the fruits aisle, you take an apple by hand, which is not exceptionally outstanding though, seemingly fine and you put it into the shopping basket. By the way, did you confirm if this apple is really an apple? It’s a ridiculous question since the apple was located in the box for apples and you don’t need to classify apple one by one (and of course, it looks like the very “apple” without peering at it). In that sense, your recognition is slightly helped by the arrangement of articles in the supermarket. The similar things can be found oftentimes in ordinary cities, the differentiation of the gender symbols on the toilet, generic signs and signals which specify your direction and timing to proceed, and labels are usually telling you what is located there. Owing to these designs which indicate particular meaning, our recognition is tacitly guided and omitted in a way. This automated recognition is reinforced by continuous experiences, ordinarily being accustomed to a definite lifestyle (If you are surrounded by nature, obviously it requires another type of recognition). We don’t have much time to recognize each object in the city-jungle and it’s even unnecessary. When you walk on the pedestrian walkway, you don’t need to recognize every object around you as YOLO(Real-Time object detection) does. Otherwise, we’re gonna lose control of ourselves by a numerousness of objects and absolute high resolution of reality. In one article, it is talked about a hardship which a woman, who is suffering from Asperger disorder, has gone through. Unlike a healthy person, she cannot perceive appetite. We normally discern an appetite as a consistent signal, even though its strength is lightly fluctuating, depending on one’s health condition. A researcher points out the possibility that this is not because she lacks the specific conspicuous signal from the brain or certain sensory organ doesn’t work, but she just cannot abstract collective of micro-perceptions as a macro-meaning, namely, appetite. This discloses that in order to recognize something, you have to ignore highly detailed divergence and when you were stuck in a high resolution of reality, you would possibly lose recognition.

According to British psychologist Louise Barrett, when a monkey moves only one finger on its hand, it consumes more brain energy compared to the action of grasping, moving all five fingers at once. This is a bit counterintuitive. When you move five fingers, it means you should control more muscles and it seems to require more exertion of neurons in the brain. Yet in the process of the development of body structure between muscles in hand and tendon in the arm, it has evolved as they move naturally as one unit. Since the motion, grasping is more crucial than moving one finger and monkeys should take hold of foods and tree branches. Hence our natural system tends to reduce redundant energy consumption to function or behave in a more efficient way.
Categorization functions to make it easier to store the information. By giving terms to forms, “rectangle”, “circle” and “triangle”, you can readily memorize them as a pattern instead of tracing the subtle contour completely. As digitalization enables the computer to deal with the information as discrete data, human categorization makes use of the similar methodology for memorization. This is a quite fundamental capability for us to survive though. Say, you’ve found a fruit which is edible and categorized it or just named it as fruit A and if you cannot classify fruit A afterward, even though there is a fruit A in front of you, concerning the classification of biological taxonomy, it could ruin yourself. Since you cannot distinguish something beneficial from other objects in a certain circumstance. However, this categorization includes a downside as well. It scales down the complexity of the reality and people might forget that categories themselves are not versatile concepts but arbitrary division to some degree as rainbow colors consist of different (amount of) colors depending on the cultural context (in the same manner, gender spectrum is also dependent on one’s background ). Besides that, It could also work as a reasoning to characterize a certain racial group and cause fierce discrimination. Yet Nature itself is not separated(there is no even life and death, the ideas are invented by a human), you will never be able to see that intact world though. The reality we can observe is always omitted and simplified more or less to optimize the reality for human beings. 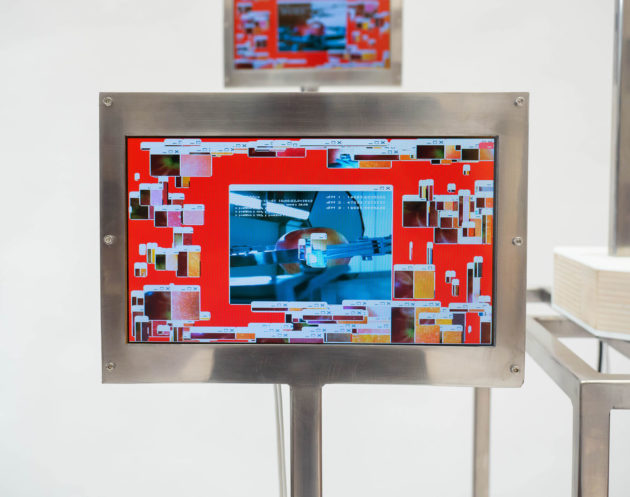 When you recognize a certain object, you necessarily fail to catch something in detail. And when you repetitively experienced categorized recognition, you would not even observe the objects, since you’ve already known that without contemplation. One Russian formalist, Viktor Shklovsky was aware of this downside of categorization. In the book “Art as device”(1917), he claims that by categorizing objects in a repetitive manner, we lose the sensation of the existence of objects and he calls it Automatization.

After we see an object several times, we begin to recognize it. The object is in front of us and we know about it, but we do not see it. […] This is how life becomes nothing and disappears. Automatization eats things, clothes, furniture, your wife, and the fear of war. […] And so, in order to return sensation to our limbs, in order to make us feel objects, to make a stone feel stony, man has been given the tool of art. The purpose of art, then, is to lead us to a knowledge of a thing through the organ of sight instead of recognition. By “defamiliarization” objects and complicating form, the device of art makes perception long and “laborious.” The perceptual process in art has a purpose all its own and ought to be extended to the fullest. Art is a means of experiencing the process of creativity.

As a technique, “defamiliarization” makes you perceive an object again, which has become almost transparent to you due to Automatization. Without bureaucratic categorization of people like racial groups, gender, nation, age, then the complexity which one could have would suddenly emerge and you would be obliged to observe them more precisely. Or while sketching a specific landscape, you control a pencil with your arm on paper and probe the structure and the relationship between objects and this could revive their individuality by laborious perception. Defamiliarization is intended disorientation. It breaks existed frame though, it doesn’t necessarily constitute a new frame which can be construed, it just shows its complexity as it is. The title, *(asterisk) is used for wildcard character in software and it functions as a placeholder for any characters. Signal which computers here can deal with is just 8-bit RGB data(0 ~ 255) and it has nothing to do with object and ontology which we have. They are just an array of numerical values. * is entitled for the representation to become a placeholder for any entities which is undifferentiated, unrecognized, complex, laborious, and aimed to procrastinate the categorization to observe the object concretely. Diversity of the surface of apples which I’ve ever eaten before is complicating the categorization “apple” and simultaneously evokes my memory of apple from a single apple as a collective, a universe of my memory. One can even consume a word, “diversity” as a symbolic term without observation of the very object and the consumption of symbolism could escalate the ignorance of the specific reality as a noise which is not supposed to pay attention. In this work, apple, to which certain legendary and religious symbolisms adhere, is decomposed pictorially and materially to observe object anew and abolish the conventional categorization. 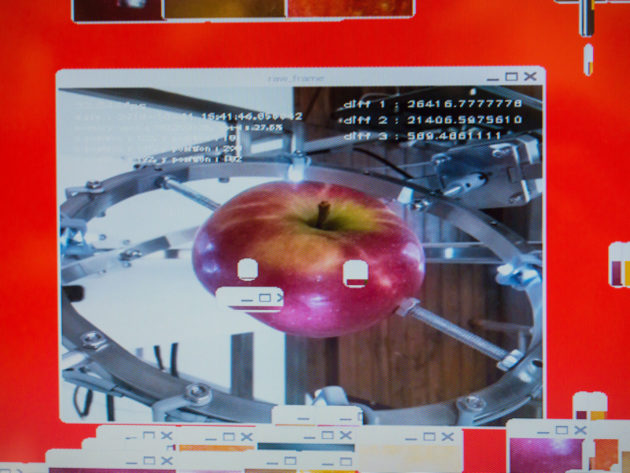 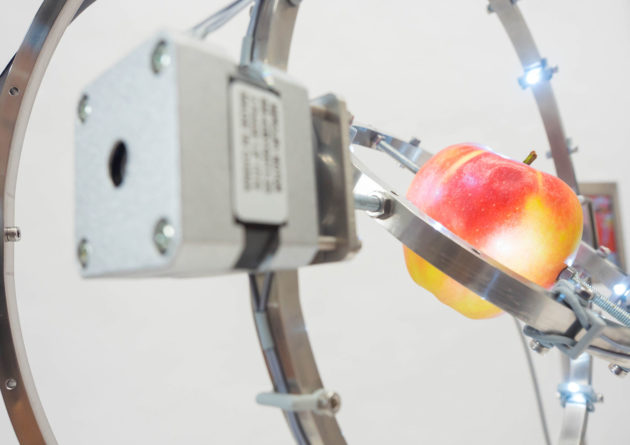 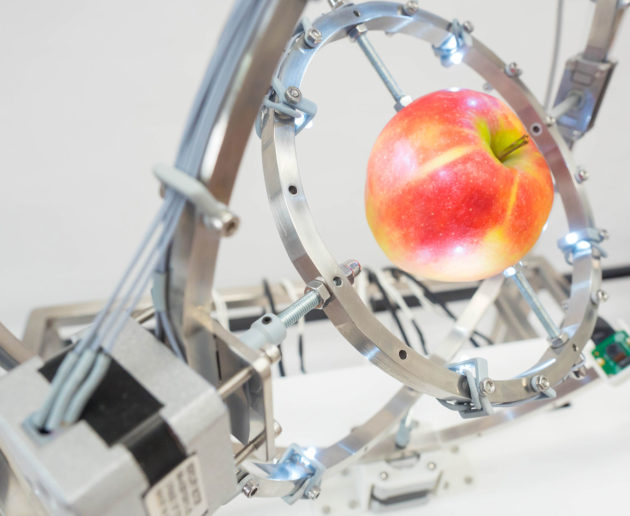 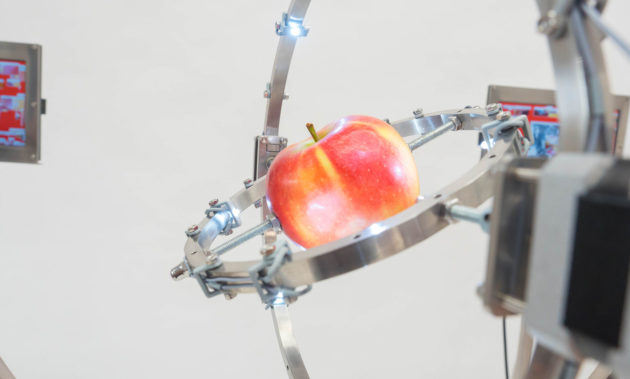 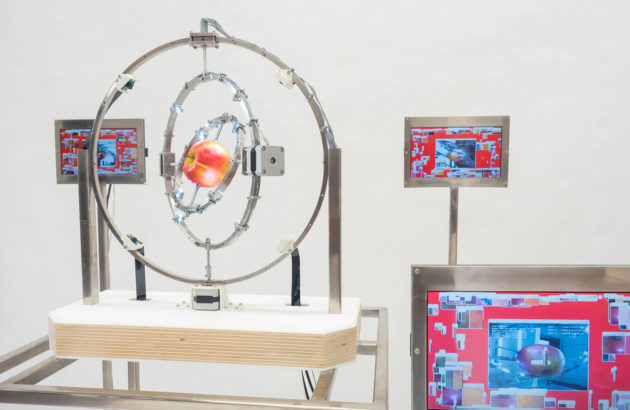