An Ode to the “Post-Nature” – Crystal World is an artistic-based research on the possibilities of newly formed materials in the Anthropocene epoch. The research explores the blurred dichotomy between nature and culture – and questions if nature exist independently from humans. It follows the life-cycle of materials drawn from the earth’s crust to sustain our infrastructures and in turn leave their traces as mutated footprints in sediment layers. From the waste we produce, new systems are built that know how to change and evolve independent from us. More than ever before we have new born minerals that are emerging on landfills and around mine fields. Around 200 of the 5,000 minerals officially recognised by the International Mineralogical Association can be connected to human activity. (1) In landfills of electronics and close to mine fields there is a new formation which we are not in control of. This brings something new into being that just like rocks and sediments will serve as a proof of our existence, as our imprint, and an evidence of our makings. These landfills could become the mines of the future.

Crystal world reenact what nature does by following similar processes described above, such as sedimentation as well as emergent hybrid patterns that derive from creation of new materials. This kinetic apparatus has different behavioural patterns which creates various crystalline formations. In this way the notion of new geological strata is reassociated with sedimentation processes and in metaphorical sense reading and writing a human-crystal imprint.

(1) Davis, N 2017, ‘Minerals found in shipwreck and museum drawer ‘show we are living in new epoch’, The Guardian, https://www.theguardian.com/science/2017/mar/01/rock-of-ages-impact-of-manmade-crystals-defining-new-geological-epoch-study 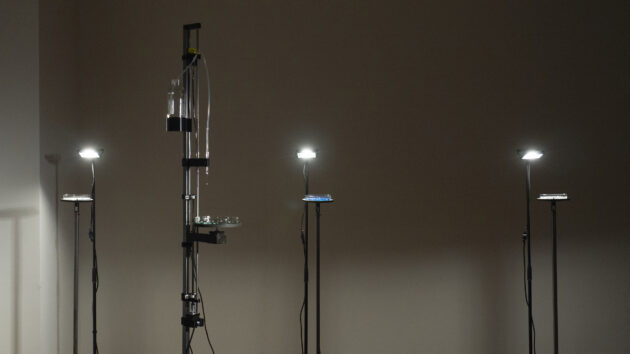 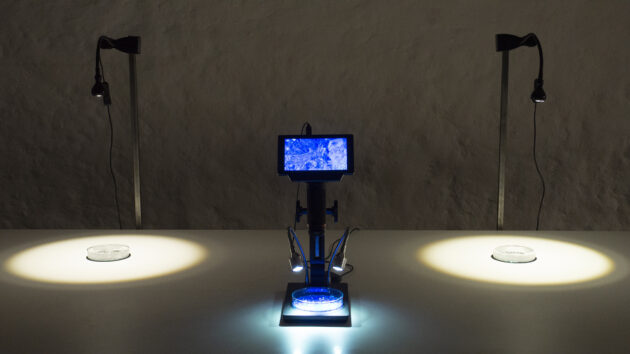 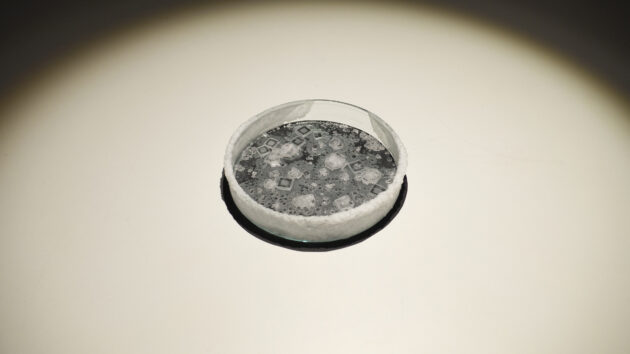 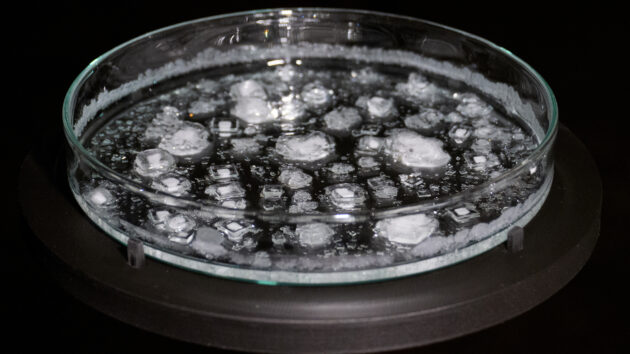 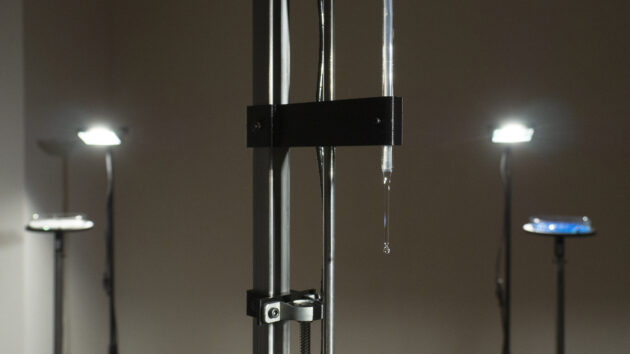 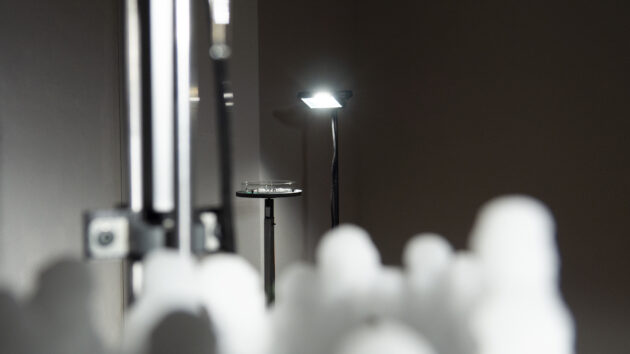 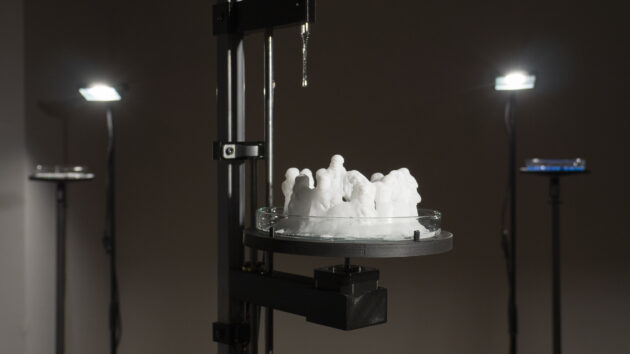 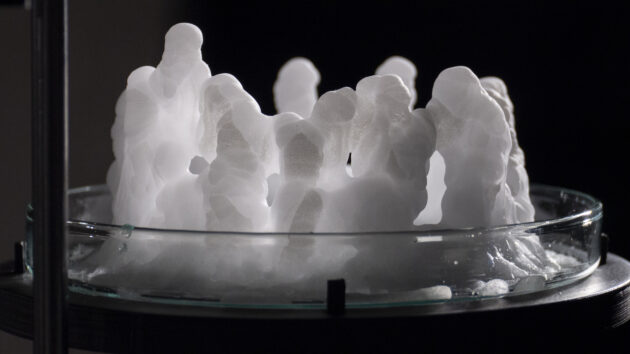