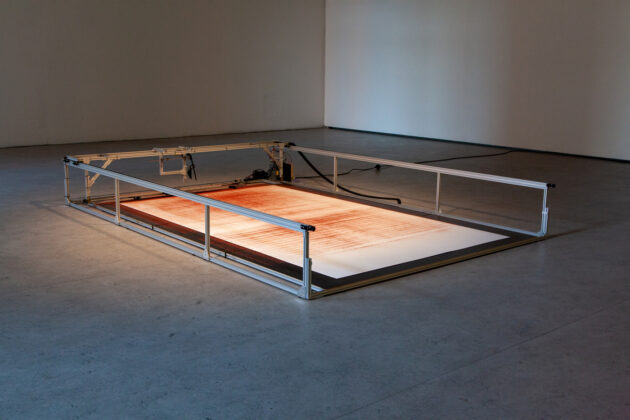 Vague Boundaries is an artistic exploration of particles, lines, and waves, as well as an examination of the “boundaries” between matter and phenomena. The machine draws straight lines continuously on the paper by snapping the thread with the mechanism of the chalk line tool.

The string mounted in the machine allows the straight line that exists as a sign in the human imagination to be actualized in the material world as two phenomena, line and wave, using chalk or graphite powder. Ultimately, it functions as a realization of the human imagination. Similarly to the interpretation of nature, the interpretation of this phenomenon of particles is considered within the broad framework of two separate categories: phenomena and matter. 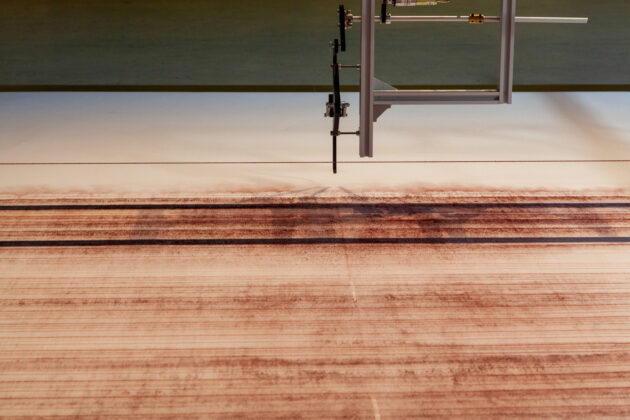 It demonstrates the act of repeatedly drawing lines by snapping a thread. The machine puts chalk(graphite) powder on a straight and taut thread and leaves chalk(graphite) marks at regular intervals on the paper(1.8m x 2.8m wide) lying on the floor. The sharp lines divided at the beginning demarcate the divided area. Repeatedly drawn lines blur their boundaries as the lines are drawn, and the powder not drawn as a line leaves traces of vibration around the lines. Eventually, the line form fades and leaves the shape of a specific wave pattern with a gradual gradient. 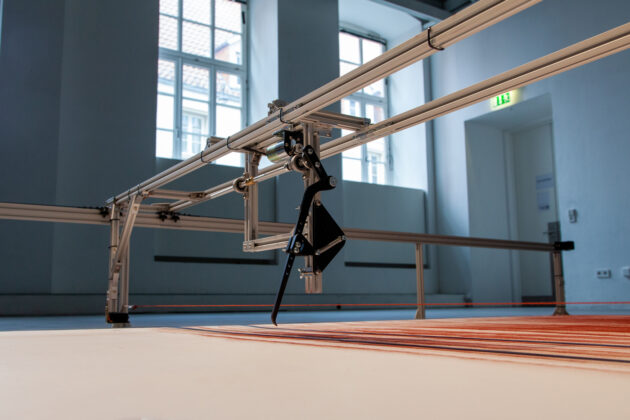 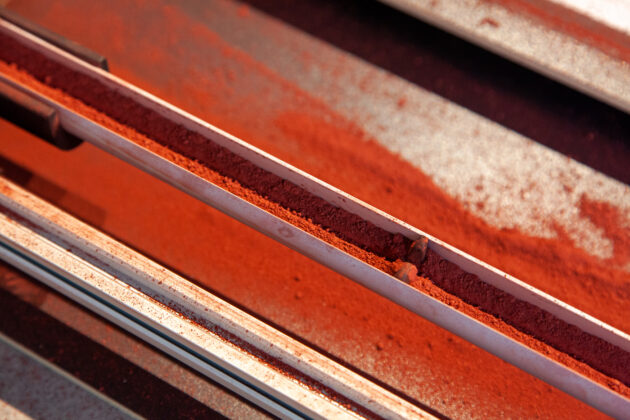 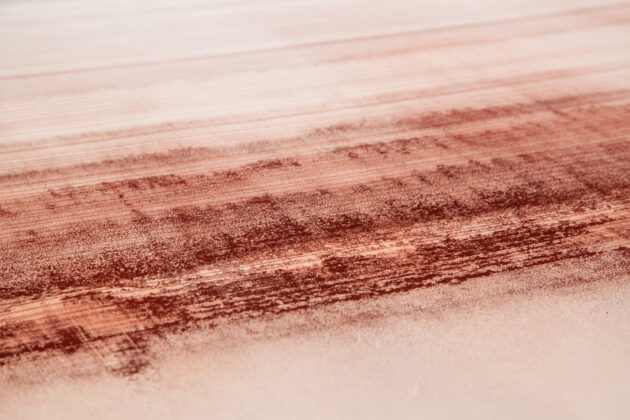 A chalk line is a marking tool used by mankind since ancient Egypt. This primitive and basic tool is still a key tool used to actualize the boundaries of blueprints in today’s construction sites. This serves as a cornerstone for moving various symbolic systems to the material world and is used as a medium for materializing where to move the material existing in the symbolic world is created through CAD software. Building materials are moved and placed according to the markings of the chalk lines. In other words, the chalk line becomes the cornerstone of reduction from the symbolic world to the material world. It has a temporal property; soon the chalk powder disappears or is covered by others. 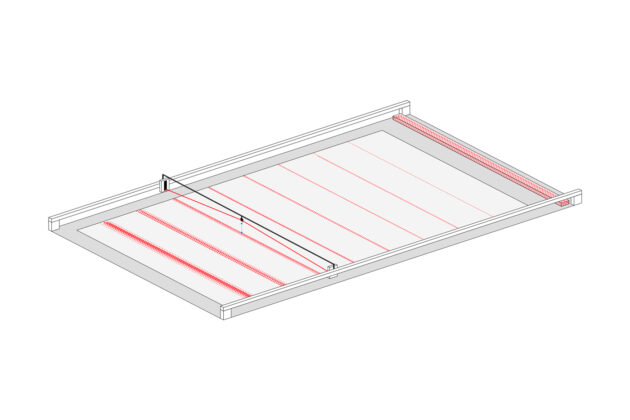 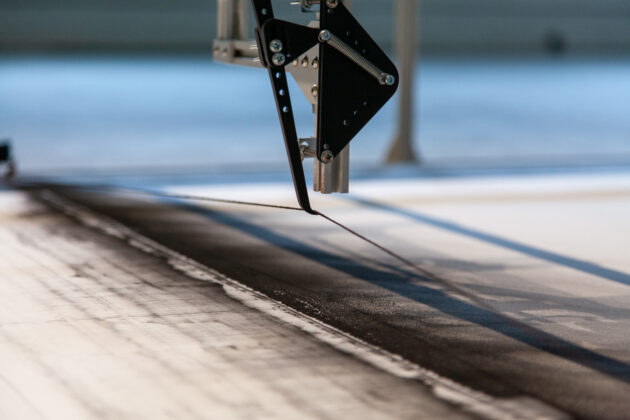 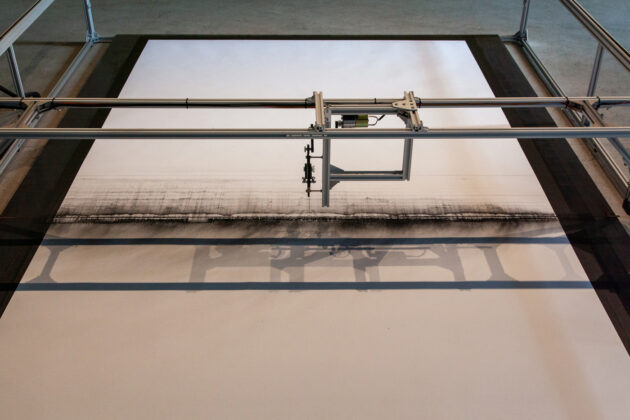 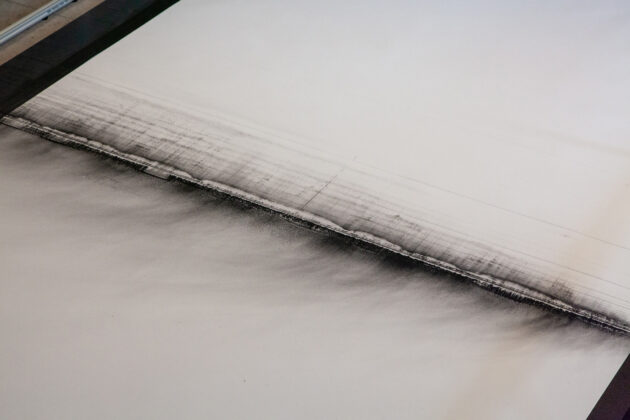 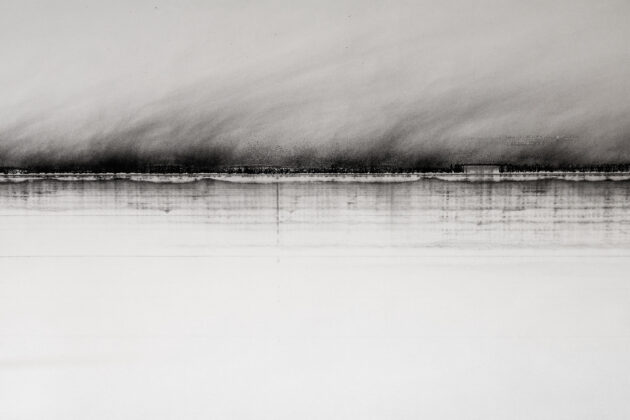 It is a mark of an artificial boundary that does not exist in nature, an expression of human imagination, and an expression from the sign world to the material world. However, while the chalk(graphite) powder in a straight line is deposited between the two points, some do not stick to the floor, and they go out of the boundary due to vibration and wind or remain in an irregular wave shape. 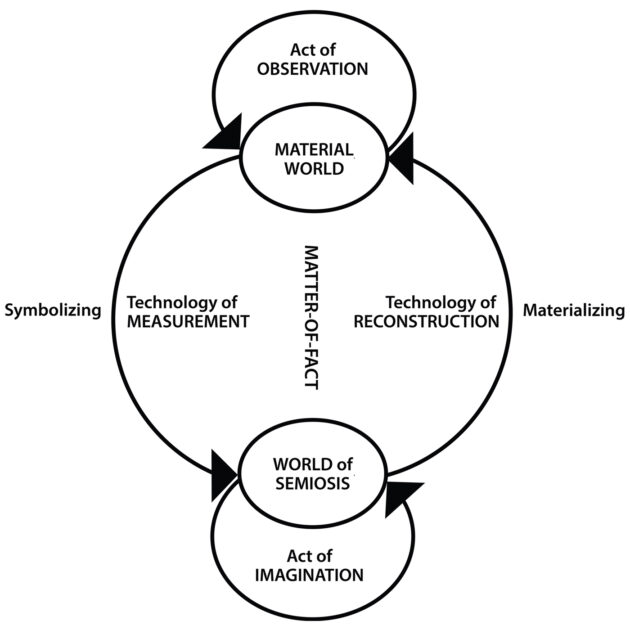 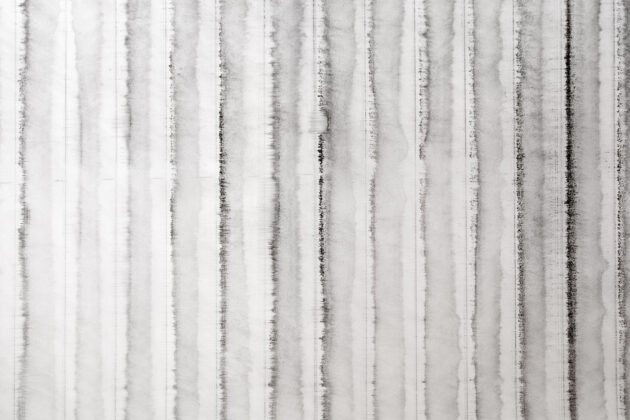 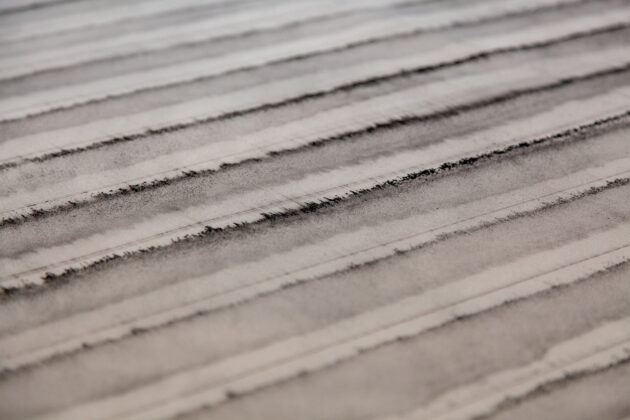