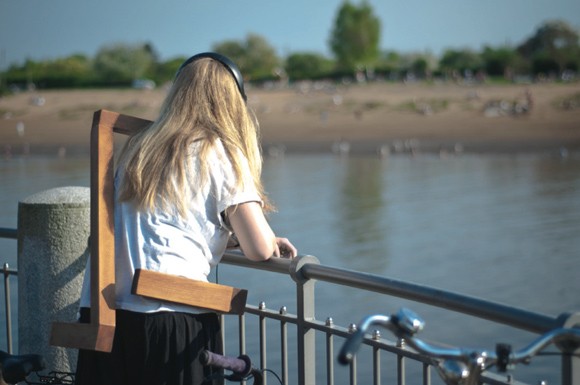 Technological developments have thoroughly affected the way we listen to music. Particularly with the imminent demise of the so-called “music industry”, the live performance has proven itself a good strategy for musicians to connect with their audience. However, recent strategies that attempt to couple the live act and the digital world are doing so in rather literal, superficial ways, which in turn contributes to a progressive equalization of these two experiences to the same aesthetic level. Furthermore, the approach usually taken by Interaction Design in order to take part on the discussion of these issues has been strongly biased on the needs of the performers rather than that of the listeners.

With means to create and act within the digital world becoming more accessible, individual, customized experiences tend to supersede mass production and standardization, empowering individuals to extend their experiences in more poetic ways, beyond pre-given and ordinary agendas.

The Objects
Alboto: A Personal Object For Concert Memories 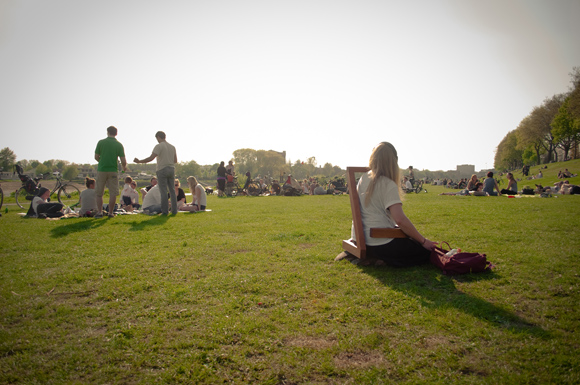 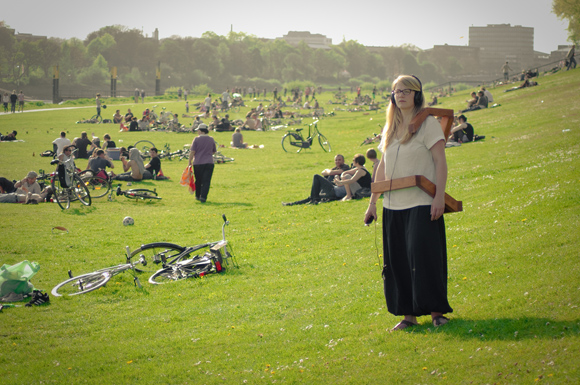 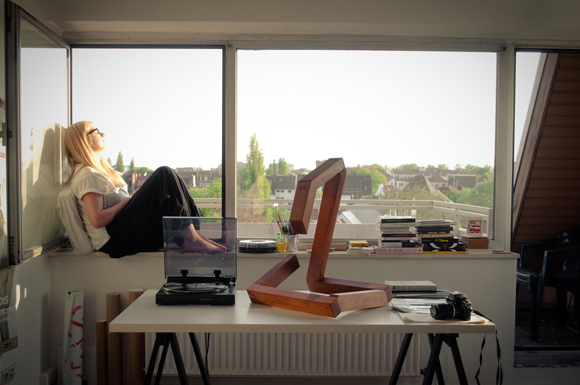 Through extensive use of technology and the online omnipresence demanded by contemporary habits, experiences with live and recorded music are progressively equalized to the same aesthetic level. As a consequence, listeners and music fans start to demand more and more from the live experience, and very often ended up frustrated, with an eerie feeling of longing for something that is always intangible. Could this frustration with the live – more to these personal higher expectations rather than anything else – be affected by a designed object? Moreover, is an experience with an artifact capable of successfully triggering feelings that dwell only in memories?

Alboto is a wearable sculpture built to give its wearer the same state of physical exhaustion a remarkable concert once did. Its shape is designed to put more pressure in areas of the body that would suffer higher levels of stress when standing in the first row of a gig. The wearer, a woman who long ago was able to watch from the first row her favorite band play live, uses the sculpture while listening to music, trying to retrieve those strong memories of her teenage years as accurately as possible. This object works as a “placebo” or as a therapeutic tool, when trying to help its wearer to overcome the frustration and feeling of incompleteness, so she can perhaps one day enjoy a live concert again, devoid of any comparisons and/or higher expectations. 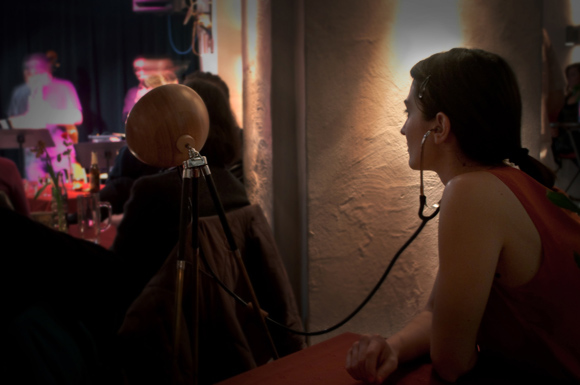 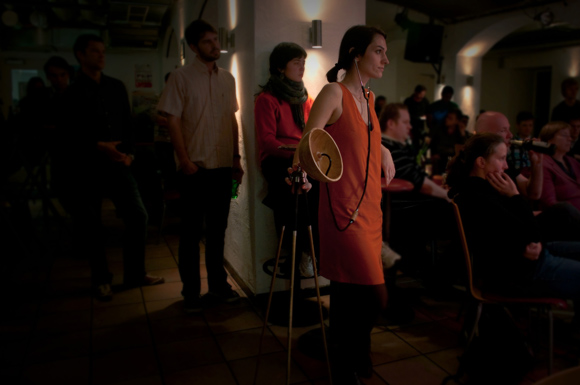 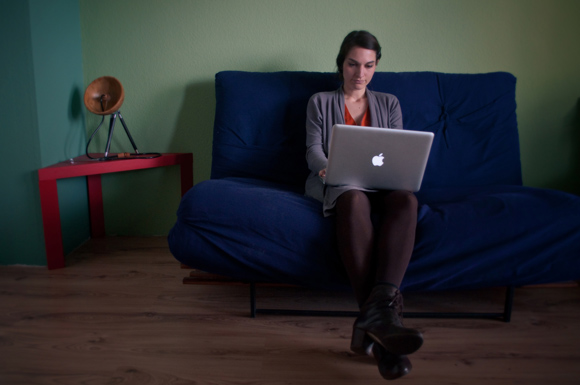 With technology, the experience of a band playing in a record is taken to a new level of sonic detailing. Even when live performances are recorded and sold as DVDs and Blu-Rays, these are minutely mixed in surround-sound environments, carefully positioning frequencies in order to provide an often surreal listening experience. However, when a band plays live, very often this experience is confined to a stereo system right in front of the stage, whose sound usually is not very well adjusted and cannot provide the listener the same accuracy as with the home listening.

Zandok is a device that applies very simple concepts of sound amplification in order to isolate the wearer as much as possible from the noise of the environment. A dome pointed at the right direction is able to concentrate the sound and deliver it through a sound tube connected right to the ears; by holding the dome close to the stage, most of the “irritating” sounds can be canceled out. A curious detail in the design of this object is the way it has to be used; the wearer, extremely egoistic, seems not to bother whether the others behind her have their visions blocked by the object. However, this device may raise an interesting question: even when “canceling out” the people, do the musicians play as “good” as a studio-treated live recording? Could this object frustrate its wearer, rather than giving her relief?

Denori: A Gadget For A Personal “Live Broadcast” 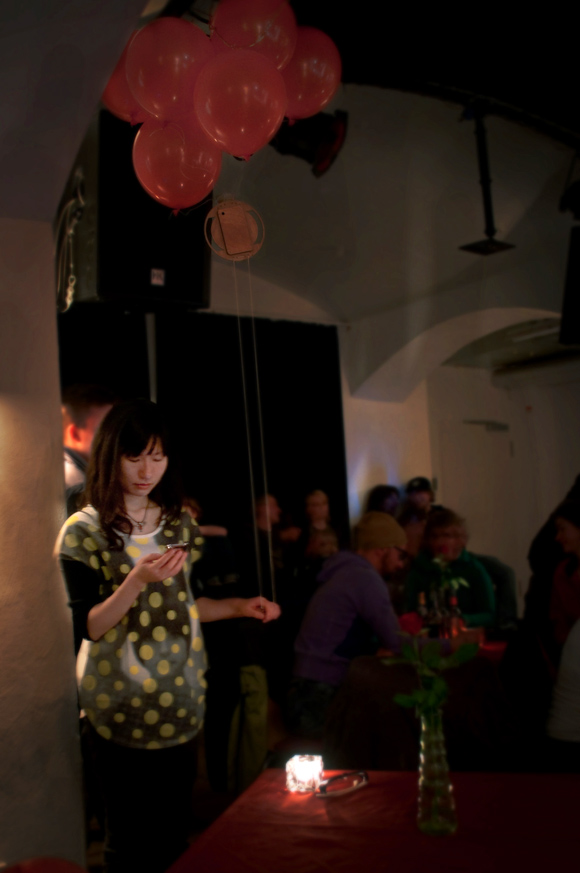 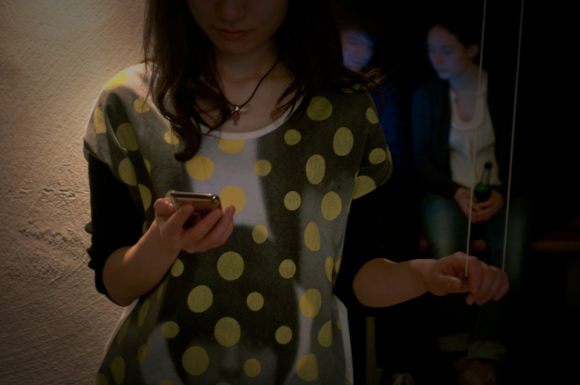 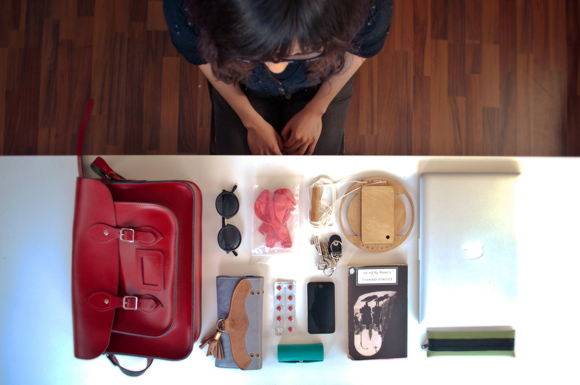 Video-sharing websites have set the standards for live performance videos in the last few years. One is likely to find a good number of amateur and semi-pro videos, from several spots of the venue, of any given concert of any relatively known band. It is interesting to empirically observe at a venue the amount of bright screens among the public; registering a memory in digital files lately seems to overcome the actual experience of the situation through the senses.

Denori is a gadget that makes use of this condition to help the situation of a person who has always felt frustrated that she is too short to see the stage rather comfortably. A smartphone with a camera is attached to an object that is connected to a set of balloons, which fly above the crowd. By setting up a video call between two smartphones, it allows her to see the musicians from the screen. The main difference between this object and the common big screens usually seen at stadiums and festivals is that the former shows a view from her own position, but way taller. This object denotes a clear behavior inherited from interactions with digital media: in fact, she does not mind the small screen nor the “non-human” view the camera engenders. Are the digital perspectives, with their pixelated versions of reality and image artifacts replacing society’s standard views of the world?