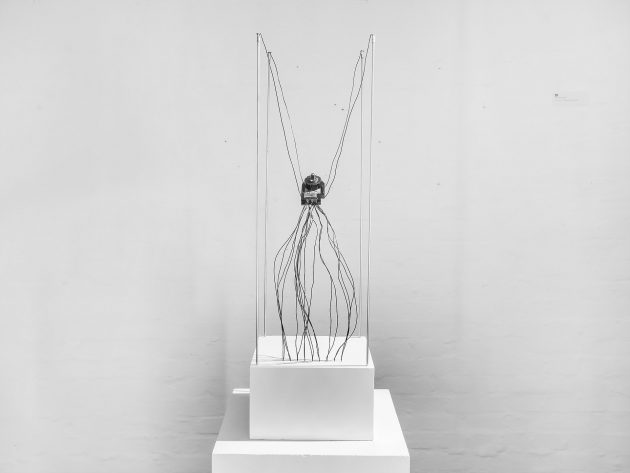 The installation explores an artifact of the fordist capitalist economy from the 20th century, where information was mainly processed via the medium paper. Matrix printers with infinite paper feed used to be the most technological advanced machines to translate highly on-demand information. These machines were trimmed to print as much and fast as possible. As side effect of its squeezed-to-the-max productivity, it produced an enormous amount of noise hidden behind grey plastic. Now erected from its former use as machinic slave to the paperwork capitalism, this technological artefact – the core of the printer – is the center of attention, finally receiving an audience. It is printing a procedural live composition into the air, the current medium of information distribution. 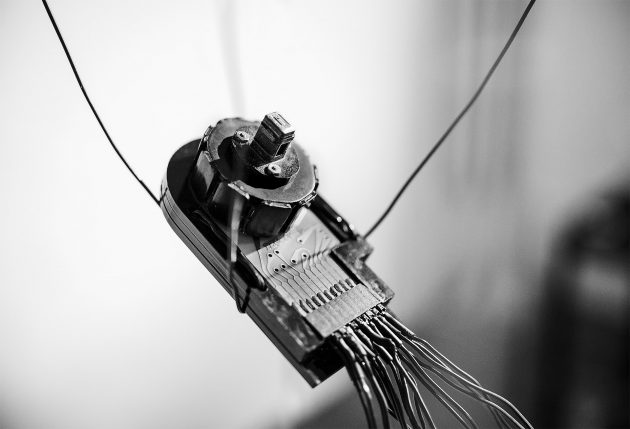