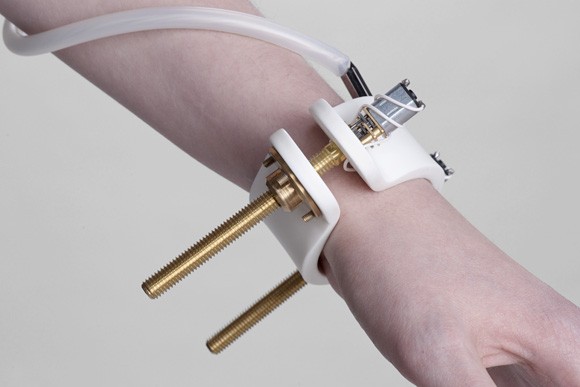 The addiction of mankind to its technology and electronic devices became part of common sense during last years in most people’s mind. But do we notice this behavior on ourselves as well as on others or the society as an entity? This philosophical device is meant not to stress the moments of addiction, but the rare occasions of deprivation by translating it into an actual, physical perception. A struggling grip around the wrist becomes an eternal shackle, tightening in moments of electronic isolation. Well knowing of being technology itself, the carrying specimen becomes bound to its electronic companions by this “homeopathic” device. This device recalls the personal behavior into the carriers mind, giving them the ability to reflect themselves and using the gadget’s programming to withdraw from their former behavior in a more conscious way. Aiming for a constant lowering of their regular “doses” of technological interaction. 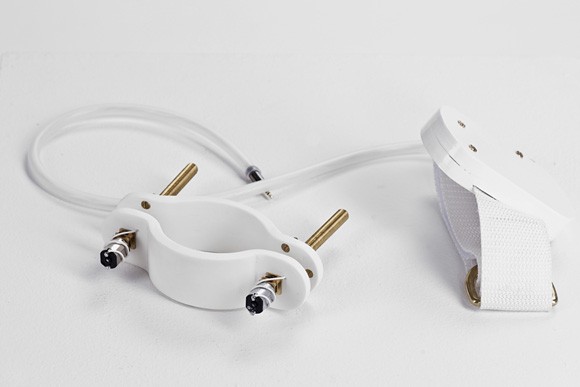 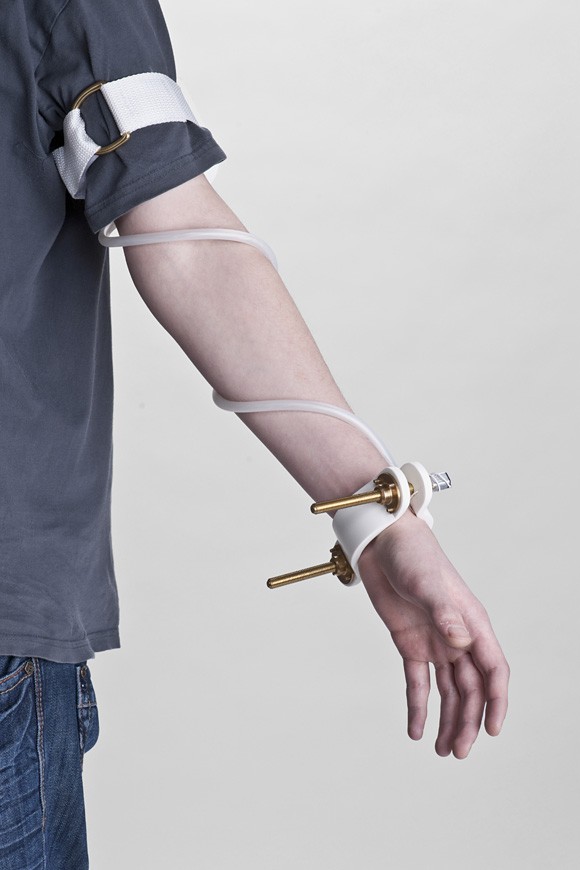