Sirens is a sound installation which builds upon the compositional techniques introduced by minimal music in the early 1960s. It is inspired by Steve Reich’s Pendulum Music and his related quote: “It’s the ultimate process piece. It’s me making my peace with Cage. It’s an audible sculpture.” His reconciling of another artist’s concepts with his own, inspired my idea to combine John Cage’s compositional approach of chance operations with Reich’s process in an installation.

In the Greek mythology sirens are dangerous yet beautiful creatures who sing in order to lure the sailors into their perdition. Due to the functionality of the installation the five speakers create an intricate mix which renders the single radio stations indistinguishable to the listener thereby creating a uniquely intriguing ‘song’ in time and space. 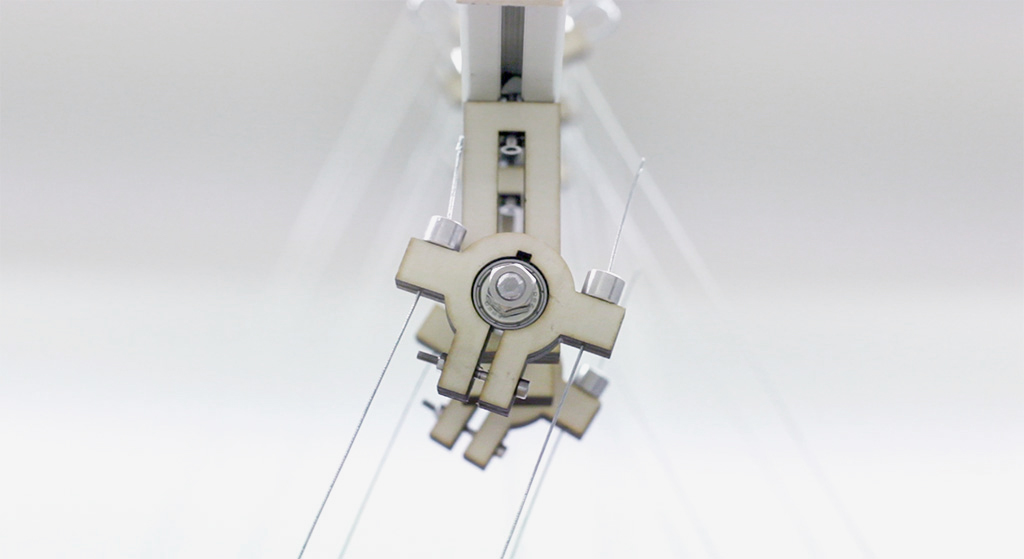 The installation is composed of five speakers, each one playing an individual radio stream from online radio stations. The speakers are mounted as pendulums and their movement in space dynamically adjusts the volume of the audio playback. Although the movement of the pendulum and its effect on the volume is predictable, the indeterminacy of the radio streams add an element of randomness. Thereby the installation is part process piece and part chance operation. 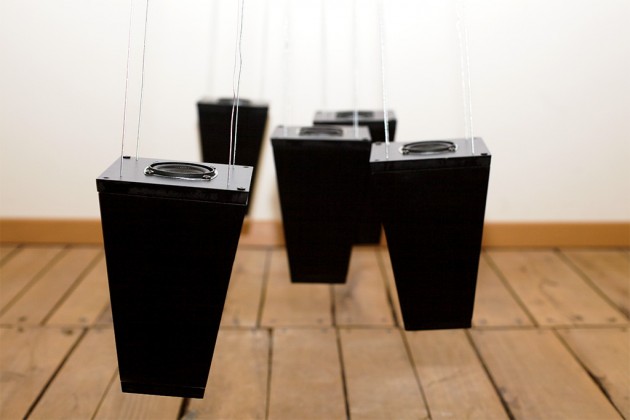 Before the start of the construction of the installation setup, a software simulation of the auditory output was conceived. This prototype allowed the configuration of different quantities of pendulums and combinations of multiple online radio stations. I continued this iterative development until my auditory experiments with the software initiated the current implementation of the project. 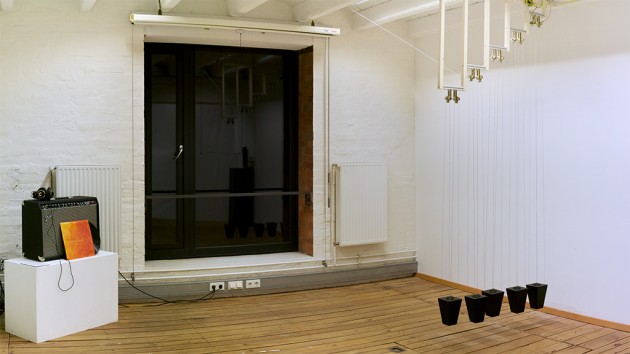 First exhibited at Hochschultage of the University of the Arts, Bremen from February 7th to 8th, 2015.