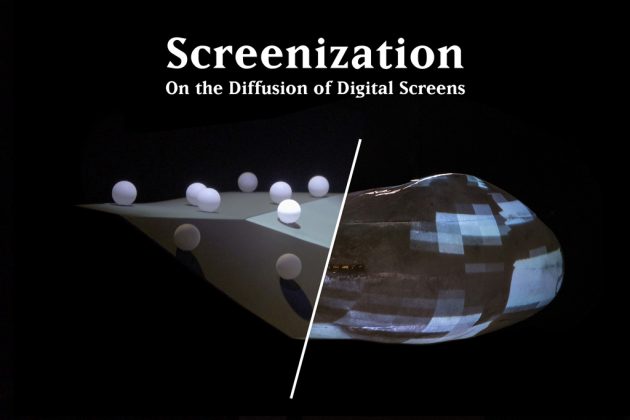 The project “Screenization – On the Diffusion of Digital Screens” combines a detailed examination of the historic development of screens and theoretical thoughts about the essence of screenic properties with two experimental infrastructures to make speculations about screens of the future tangible.

You can find more information about the project at www.lorenzpotthast.de/screenization.

As a starting into this often overlooked topic, the written part gives an overview of the current status of screens in the world we live in: Their functionality, usage and influence.

The main focus lies on the investigation of the long and rich history of screens and their various predecessors at the intersection of visual perception, natural science, media archeology, computer history and the duality of abstract concepts and concrete manifestations. The tendencies of screens for self-effacement and ambiguity and it’s specific materiality as a changing surface are revisited under the paradigm of the Digital and identified as hyper-surfaces of our time.

The term Screenization is introduced to describe the general dissemination of screens into aspects of everyday life on the one hand, and the diffusion of screenic properties into new contexts and behaviors on the other. Based on observations and extrapolations of previous and current developments, it serves as foundation for the following practical part, speculating about screens of the future.ut screens of the future.

You can download the whole theoretical part as PDF here: http://www.lorenzpotthast.de/?attachment_id=1358 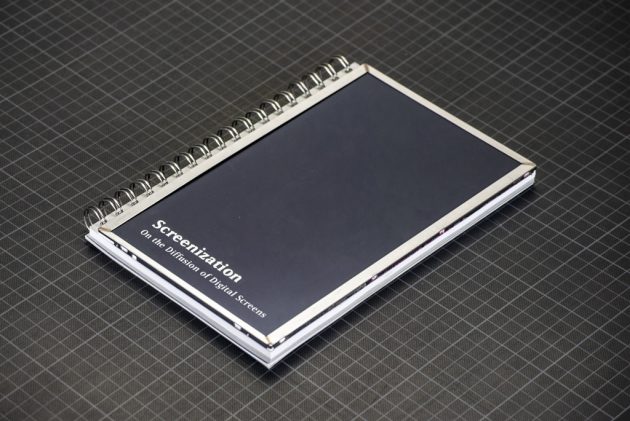 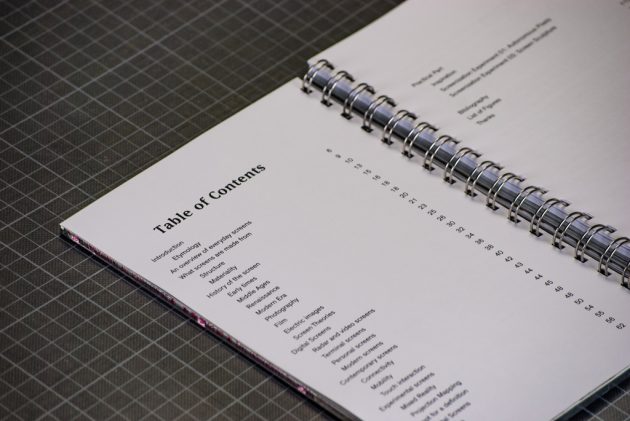 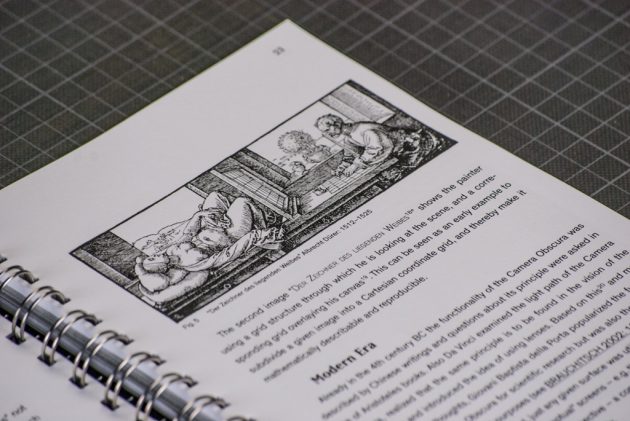 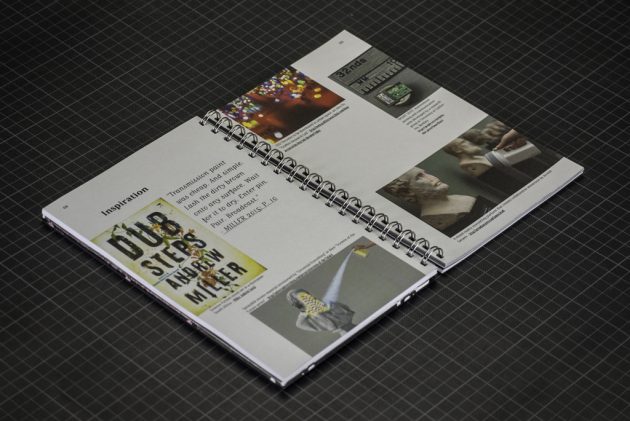 What if pixels could be spread like paint? What if they would not need to know about their position and context in relation to the “big picture”? What if individual pixels became autonomous, in the sense of power supply, input and output? What if they could memorize the content that they are showing?

For this experiment, a series of autonomous pixel units were build, each consisting of a light sensor, a micro processor and a light emitting diode. Whenever a unit receives a certain light signal, it starts recording the following sequence of light intensities and is afterwards able to replay it. These “Spatial Pixels” can be equipped with magnets or adhesive parts, so they can be distributed on almost every surface. If a directed light source, like a projector with a custom-fitting projection, is used to “imprint” the sequences, it is possible for the pixels to act “swarm screen”, working together without having to know about each other or the overall context.

To demonstrate the principle functionality, fifty autonomous pixel units have been built and presented in an experimental setup. Thinking further, with improvements in the electronic engineering and by reducing the size and production costs, a larger scale production would enable for a whole new field of screenic applications. In theory, three of the fundamental functionalities could also be realized with the technology of LEDs alone: Obviously they can emit light, but also they can be reverse-biased to generate electricity and to act as light sensors. 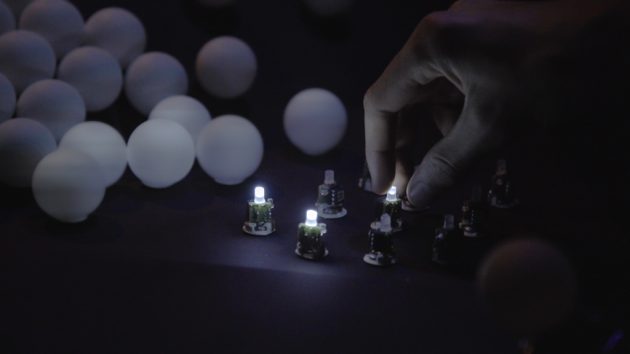 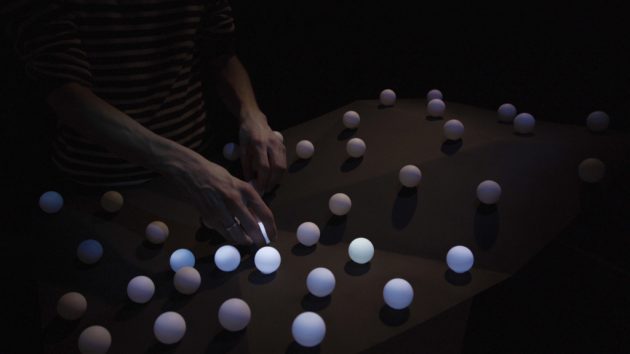 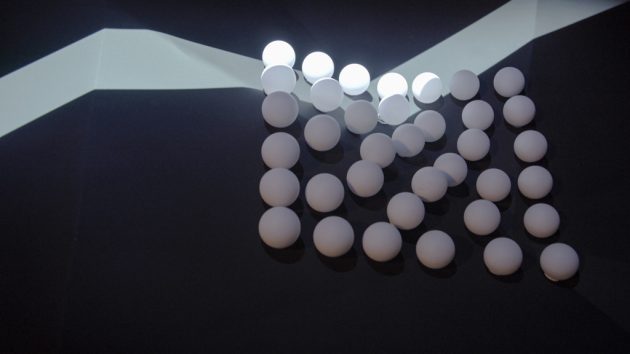 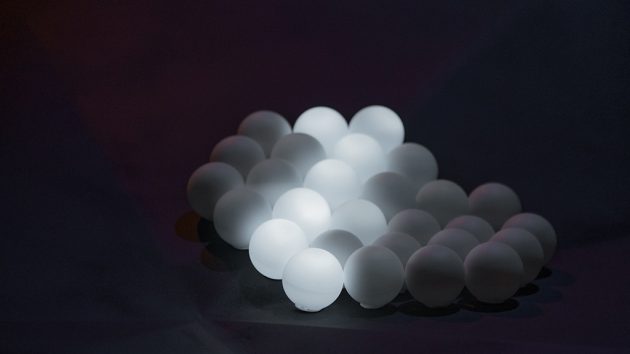 What if screens could be shaped into any form? What if every surface could gain screenic properties? What if the screen’s quality to change its appearance left the flat rectangle that it is currently bound to? What would happen to our expectations of forms and materiality, if all surfaces become changable?

A screenic sculpture was built, that consists of a thin mould of semi-transparent plastic, cast from epoxy resin. In the inside three mini-projectors are mounted with a custom-built short-throw lens system. The specific projection setup creates a seamless coverage that fills the whole object from the inside. The projectors are battery driven and wirelessly connected, and therefore allow for the sculpture to be moved around in space freely without limitations or shadowing. The images shown on the surface can reach from abstract shapes to concrete depictions, also the form of the object is deliberately designed as a “non-shape”, not aiming to represent anything. A paralell existing digital version of the object is used to merge virtually simulated properties with the physical appearence of the object in real-time. Using different sensors for tilting or touch recognition, the object can behave according to its context and be interacted with.

Following the tendency of screens for self-effacement, the materiality and surface condition of the object step back in favor of its content: The appearance of the sculpture is defined purely by its screenic materiality. As a mock-up of a screenized object, the sculpture simulates the behavior of screenic properties outside a flat rectangle. Regardless the technologies used, the sculpture questions our understanding of shape, material and surface in a world where screens are increasingly dominating our visual perception. 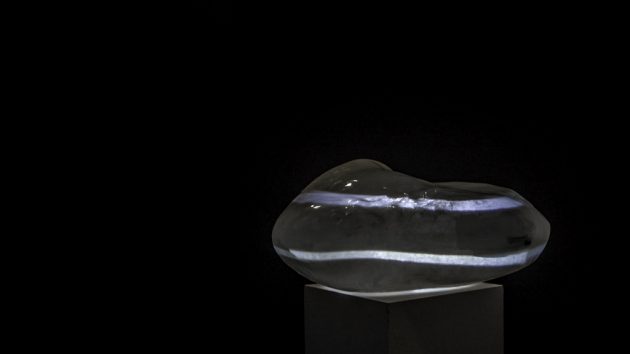 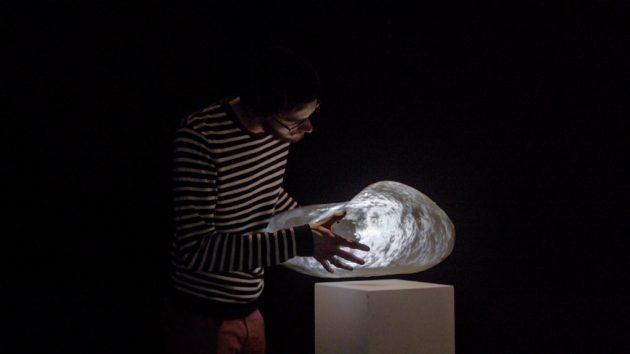 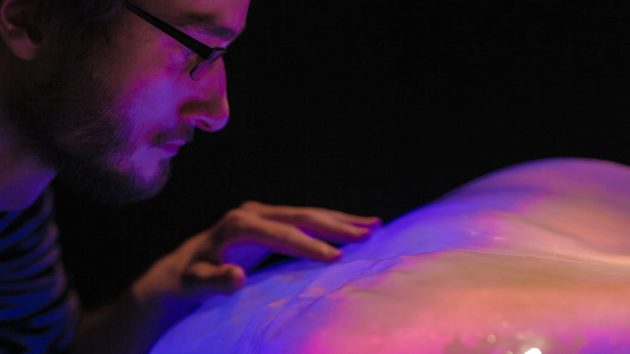 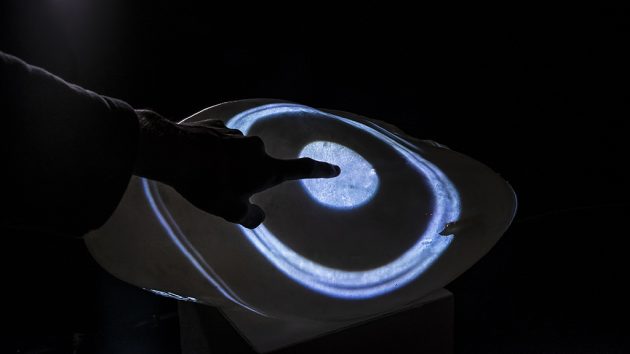 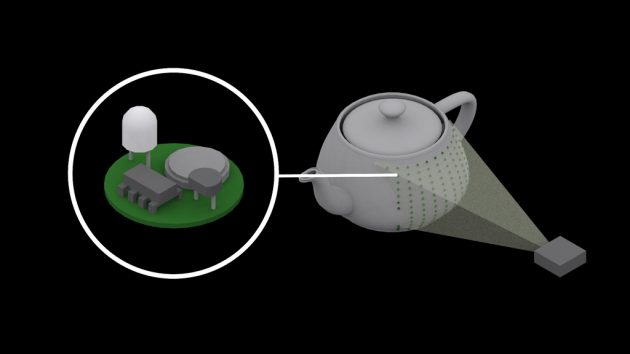 Schematic visualisation of the concept of the spatial pixels 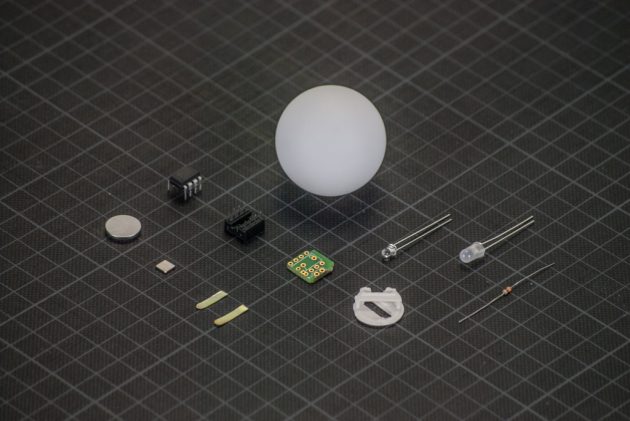 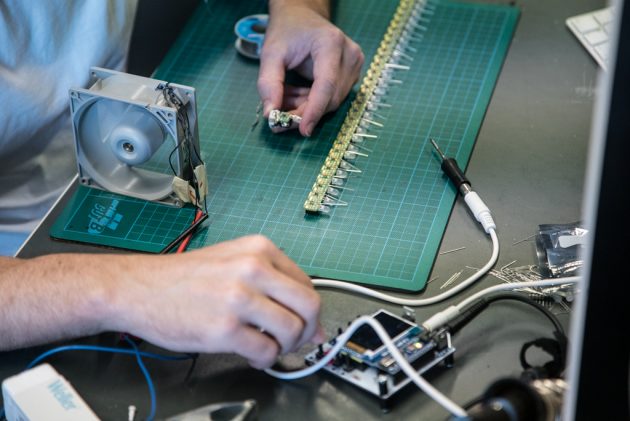 Mass production of the pixel units 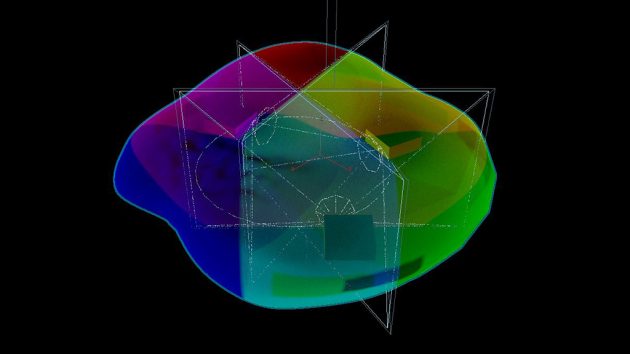 Schematic visualisation of the concept of the screen sculpture 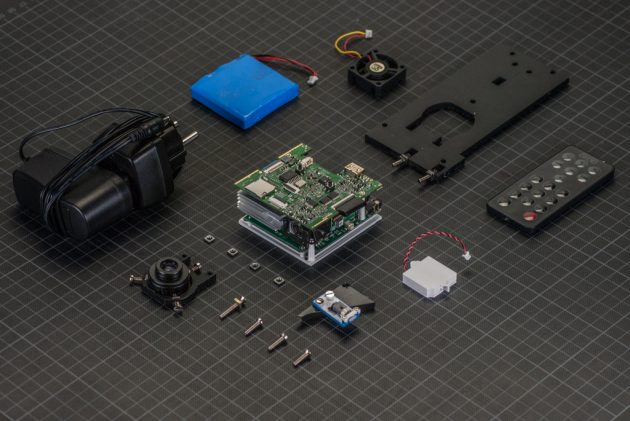 Assembly of the projector with the short-throw lens system 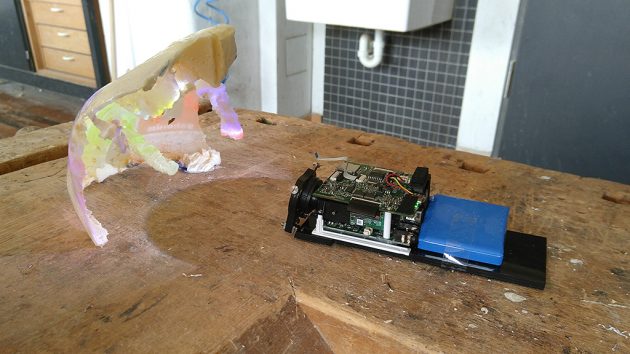