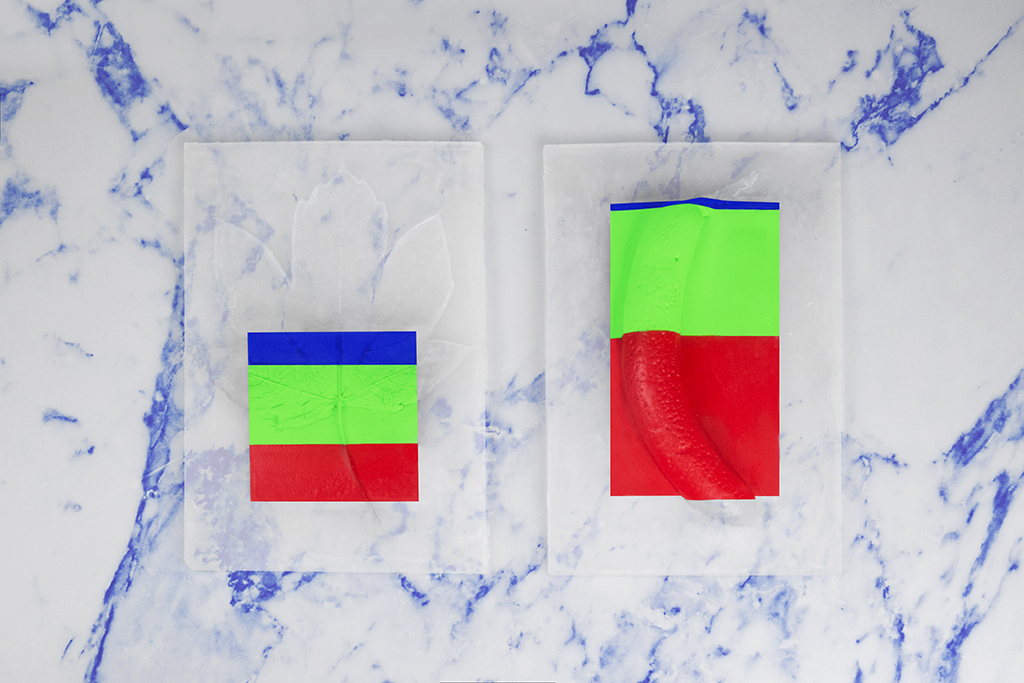 The RGB color system guides our perception of the world through the screens. Red, green and blue, in combined values, create millions of color combinations in the shape of light. This system, developed in the nineteenth century, serves as a powerful symbol of digitalization and interface technologies. For our eyes, every single visual element is translated into these numbered-coded tones that have little to do with the colors that surround us off-screen. 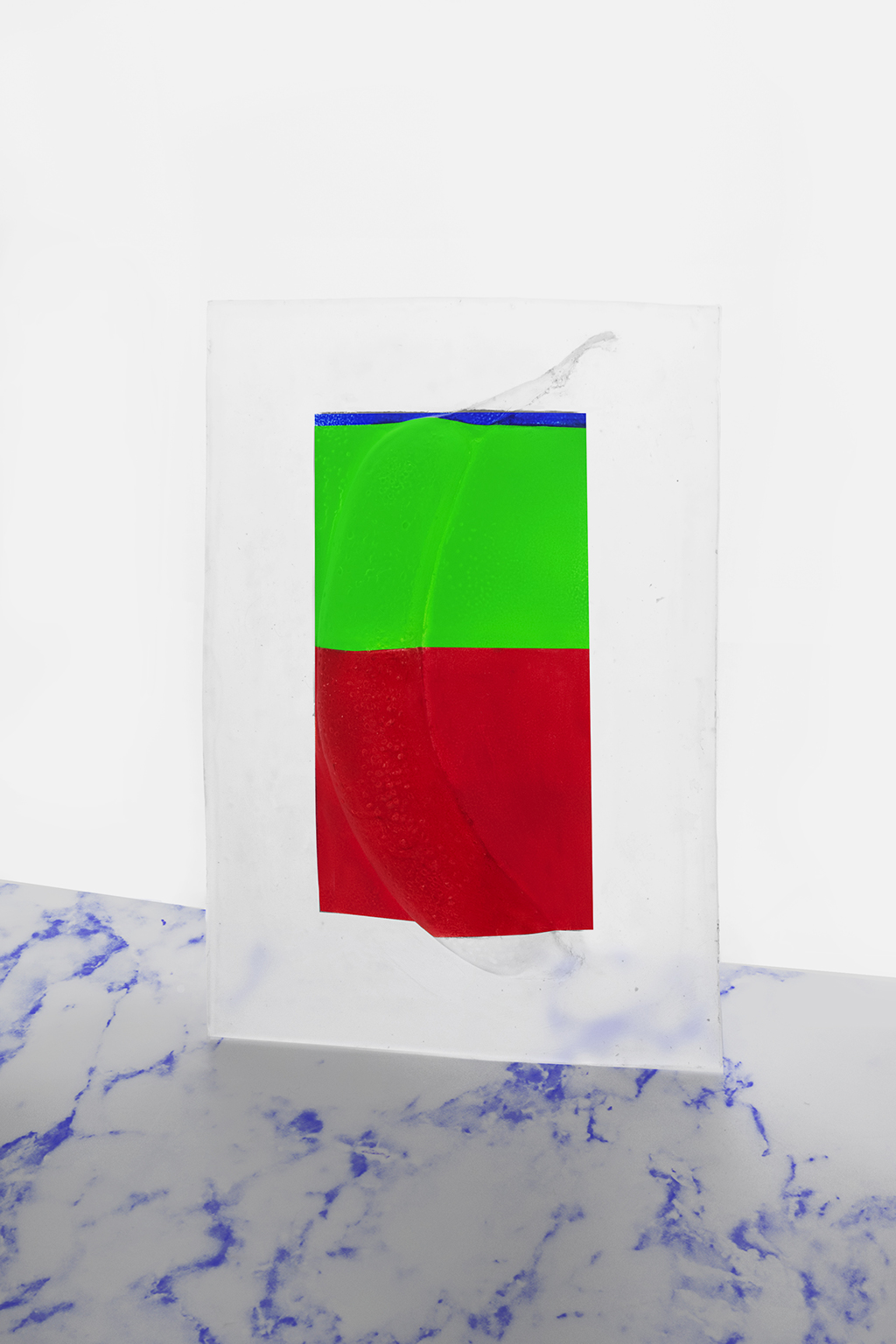 As in many other systems, RGB is a way to measure, decode, translate and limit nature. What if, then, nature appropriates itself from these systems, introducing these digital aspects to its natural processes? This project plays with the idea of fossilizing digital image files and the effects of time in the separation of its colors. Although the RGB system is absurd when used in a non-light-based surface, it is possible to guess which are the original colors of each object, given the amount of red, green and blue that is visible in each fossil. 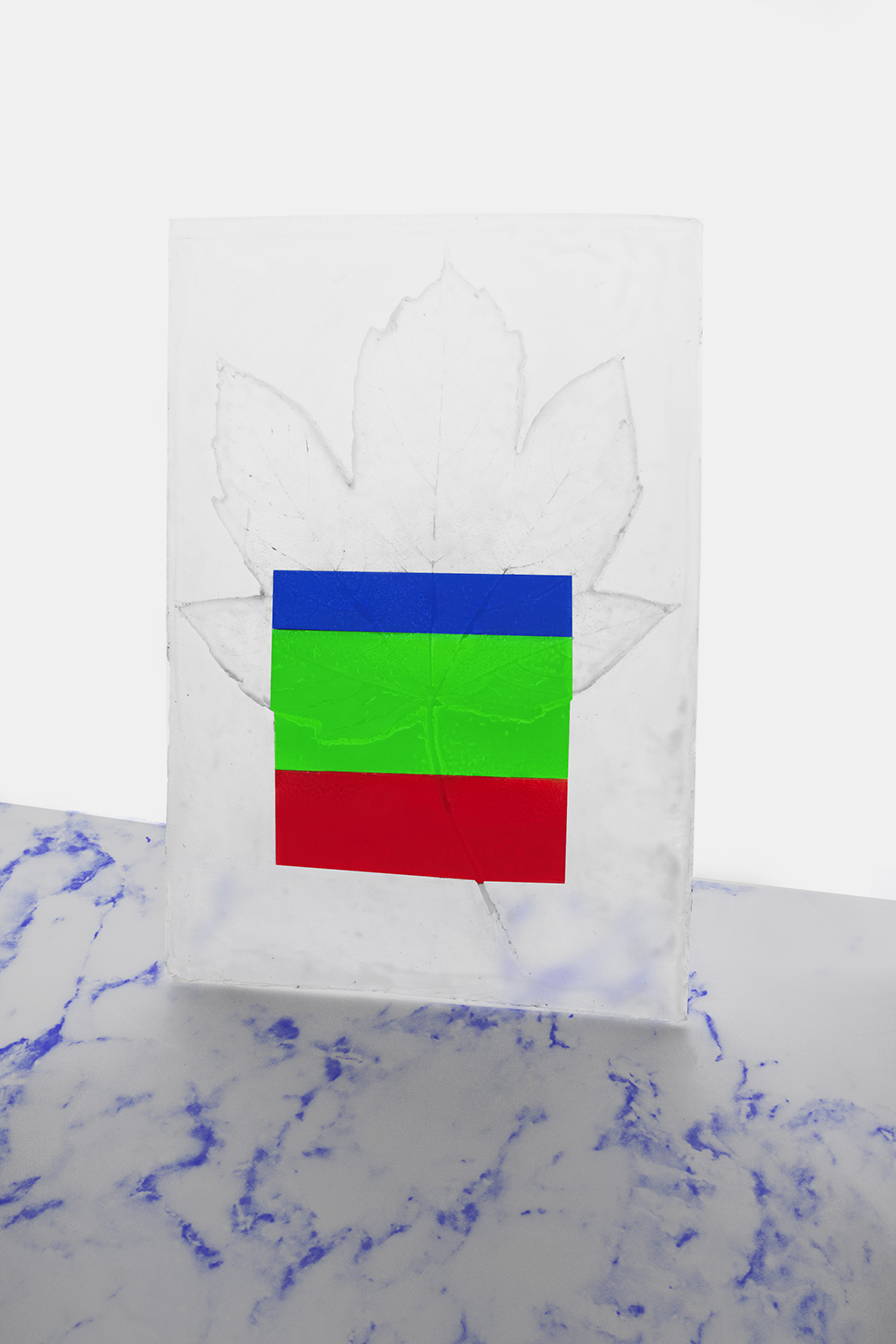