Reflex is a living synthesizer. At its core are swarms of Euglena, a single cell flagellate eukaryote that feeds by photosynthesis, making it seek sunlit locations. What allows them to accomplish this is an eyespot apparatus by which they can detect the direction of incoming light and orient their movement accordingly, a phenomenon called phototaxis. This installation exploits this behavior by adjusting lights positioned around them to intentionally steer the Euglenas in different directions. In real time, these movements are analyzed and translated into a sound piece. 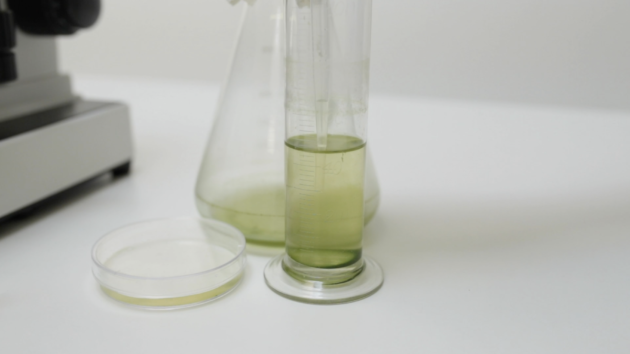 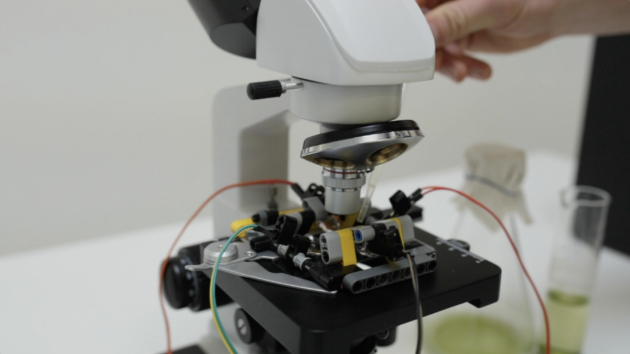 The installation consists of multiple components that communicate with each other over a wireless local network.
At the center is a microscope with a mounted camera and a microcontroller controlling the LED lights. The camera and microcontroller connect to a computer running a program that visualizes the real-time movements of the Euglenas captured by the camera. It analyzes the movement and calculates their overall movement direction and – together with positional data – sends it to another program on a secondary computer where the data is translated into sound. A controller application running on an Android phone serves as an interface to adjust the LEDs causing the Euglenas to adapt their movements to the new lighting conditions and change the soundscape.

The sound can be supplemented with additional elements in form of placeable „packages“ that – once picked up – replicate and transfer over to other Euglenas when they come in contact with each other. The further an element spreads, the more its character evolves. If two different elements happen to meet, they transform into a new sound. 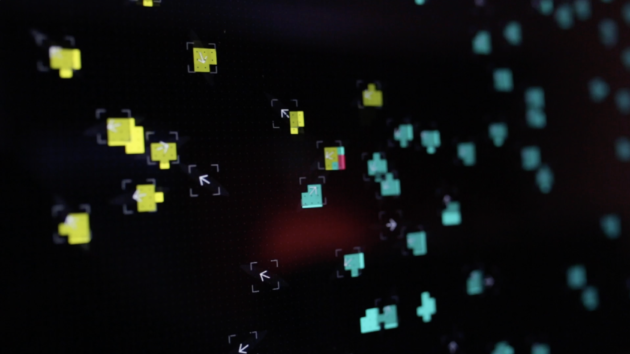