As L-systems have gained much popularity in the creative coding community, deriving from one of the most common established practices in biology and media informatics for modeling plants, applied in simulations, computer games and CGI-driven movies, L-systems have a strong influence on how plants are being represented in the media and therefore also on how we perceive and value them. 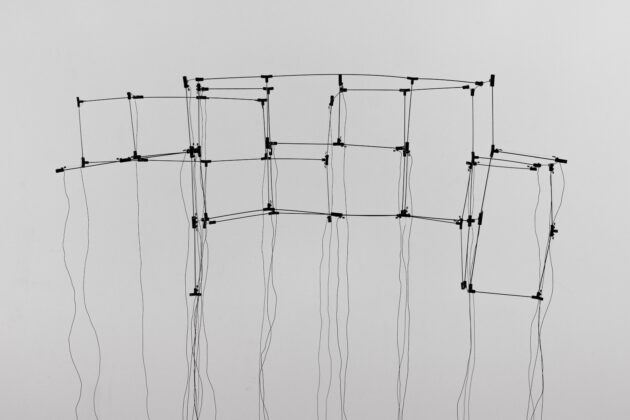 The biologist Aristid Lindenmayer initially designed L-systems in 1968 for modeling the behavior of plant cells. Nowadays L-systems have been reworked toward modeling whole plant organisms.

L-systems on the one hand are used for researching “principles that unify apparently diverse phenomena”, as the “Biological Modeling and Visualization research group” states on their website “Algorithmic Botany“. This explicit agenda of unification against the diversity of plants’ growth processes shows how L-systems as formalizations are being inherently reductionist. Here L-systems function as interfaces of translating any growing plant with their interwoven, interdependent and spontanoeus qualities into grammar-based, quantified rulesets.

On the other hand L-systems are an essential tool in the practices of creative coding for synthesizing images of plants in an often naturalist approach and offer an important interface of blending phenomena labeled as ‘natural’ into the realms of the ‘artificial’.

What both applications have in common is that they focus on the outer hull of plants and their architectural structure and less on the biochemical processes that actually cause the growth.

This work subversively explores these processes of formalizations by reversing them.

Mutiertes L-System is the physically grown L-system algorithm. From a software origin as a L-System rule, it migrates into the physical world. By mutating and developing situational architectural structures it adapts to its new spatial environment.

The substrate of the kinetic sculpture consists of a carbon skeleton and plastic joints, that are being arragend by this l-systematic rule, that prescribes how every branch should generate two new branches, rotated around two axis and bent around 89.8 degree:

Following this rule the L-system sprawls and in addition to that grows spontaneous support structures. These support structures disobey the ruleset that it’s based on, but are neccessary to let the physical L-system become as stable as possible.

Muscle wires are clamped from joint to joint to give the sculpture its ability to move. These muscle wires react with contraction to heat, that is being induced by transistor boards around 12 Volts and controlled via a microcontroller. 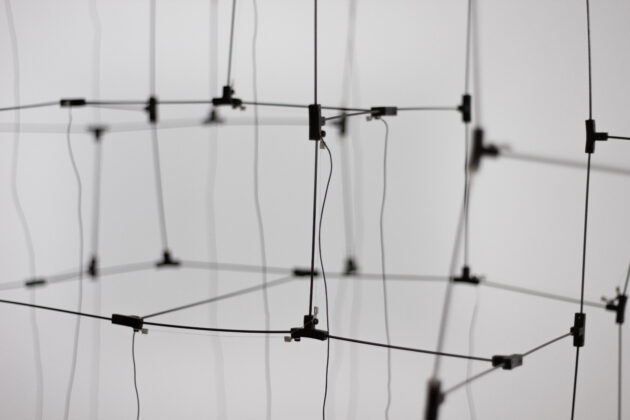 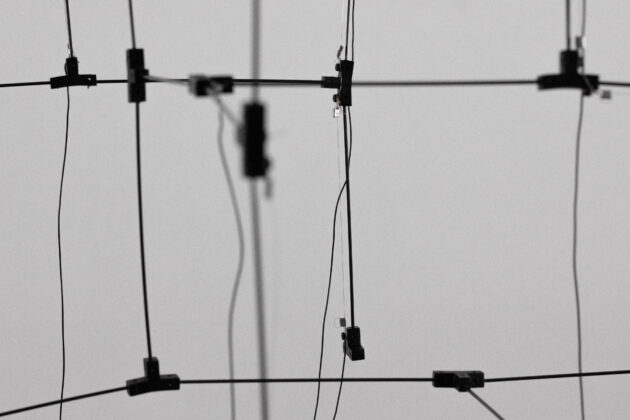 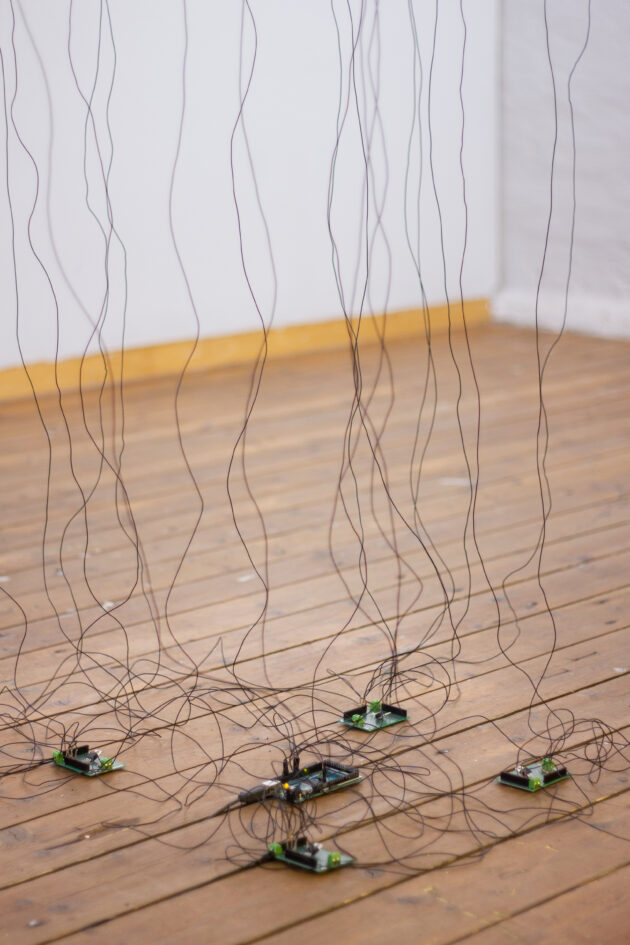 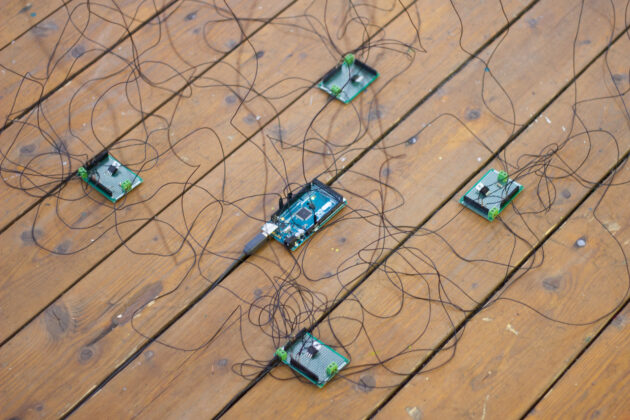 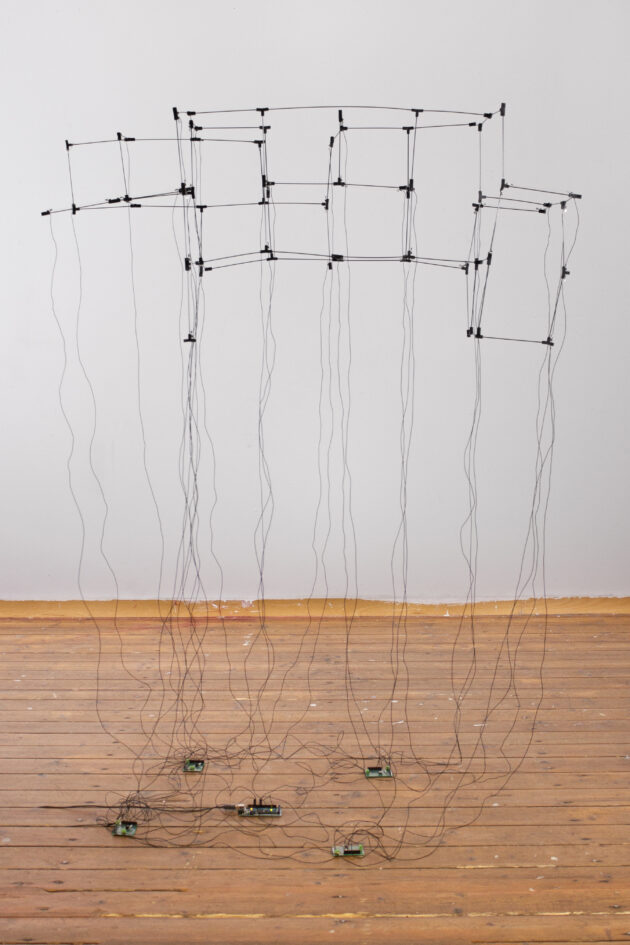