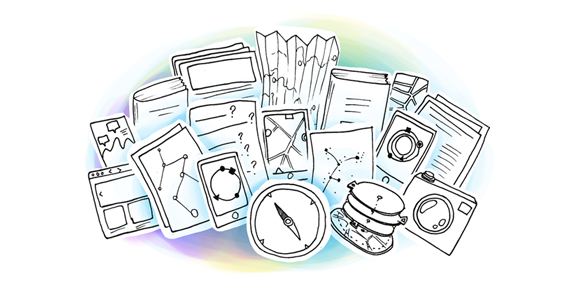 There are many navigation systems that help you get from A to B as quickly as possible. And then to forget it. But what if a system helps you learn your environment faster, so that you do not always need to use additional orientation resources? This Master Thesis is an experiment creating different concepts for alternative orientation systems, helping people gain faster precise knowledge of their surroundings. 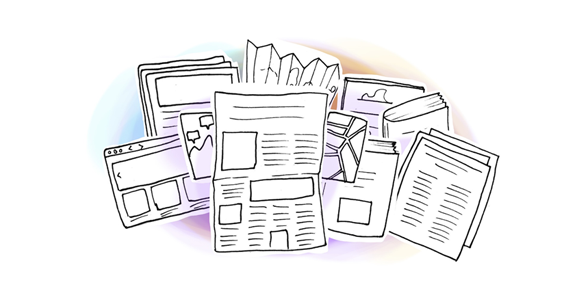 This work consists of two parts: research and experiments. The research was focused on wayfinding behavior, creating maps, existing navigation systems and devices and possible ways of interaction. Those are a few examples from the wayfinding section:

A detailed description of the entire research can be found in the project documentation. 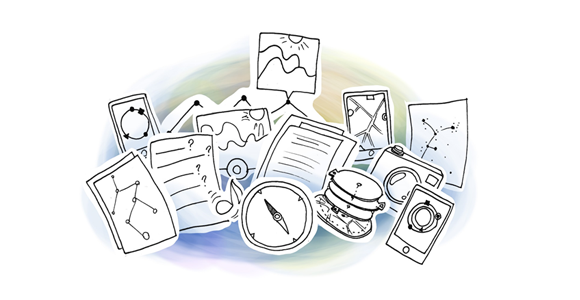 Based on the research part and on the results of a few experiments, several concepts were suggested, developed as prototypes and tested. Bremen, Germany was used as an example city and a place for testing.

The first task was to ask a few participants to give directions between two places in Bremen. Those directions were transcribed and then visualized with a series of simplified images, as they had to serve as a base of a visual wayfinding system. 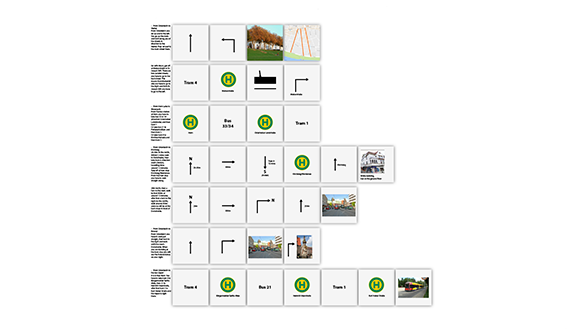 The second task was to ask the participants to try to draw a map of the places they visit most often in Bremen and to connect them with routes. This way it was tested how precise their understanding of the position of certain places was and which places were the most important ones for them. 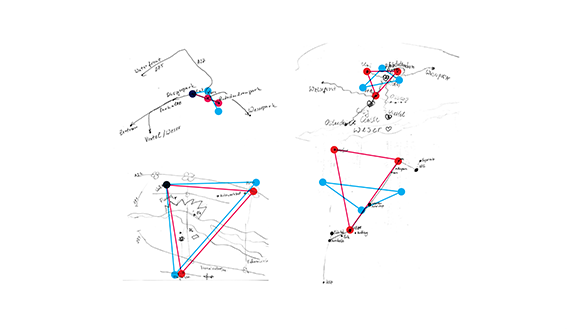 Three concepts were suggested based on the findings from the experiments and the research from the first part.  A linear system, providing a set of instructions to be memorized and followed. The instructions consisted of on and off route landmarks, crossings and turning points. The second concept was a system asking questions about the distance or direction of certain landmarks and the third one was a personal “compass” pointing to some constant points (start, end and home) and nearby landmarks (based on several categories). Several examples for each of these concepts were created for different cases in Bremen. 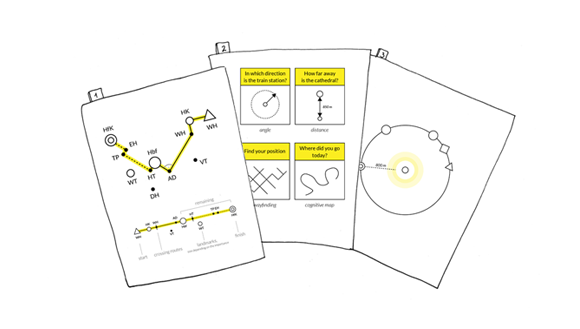 The compass concept was further developed into several interactive prototypes. The aim was to be able to test different ways of representing distance and direction. One of them was a full screen map with icons for the landmarks on the edge of the screen representing distance with different sizes of the icons. The other one was showing a smaller map with a circle layer on top of it showing the same landmarks with different sizes, but positioned on a circle frame around the map. Below are examples of some of the prototypes: 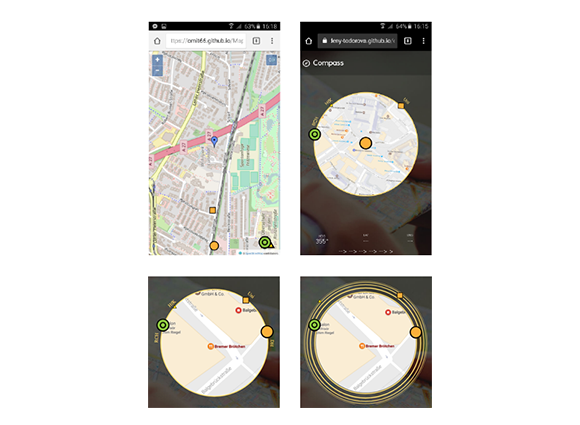 A few participants were asked to try two versions of the prototypes. They were asked to use them to get from the cathedral in Bremen to one museum in the city center. The aims of the tests were to find out which of the systems was more intuitive and which representations of space and distance were more effective.

Based on the results of the tests a final concept was suggested. It is based on the “compass” idea, and combines two levels of abstraction: a physical map of the streets and buildings in the background and an additional layer around the map revealing more information improving the wayfinding process. It consists of a start and an end point, a permanent home point and a nearest landmark that can belong to several categories: map landmarks (buildings, prominent trees or gardens), personal landmarks (friends, relatives, institutions or cultural information) or wayfinding landmarks (depending on the level of knowing a place: turning point, crossing, route or even a group of landmarks). The detailed concept is described in the project documentation.

Those are a few examples of the entire project, a detailed description can be found in the project documentation:

Conclusion: Traditional navigation systems may still be the fastest way to get from A to B. The advantage of the proposed wayfinding system is helping people build faster precise feeling of distance and direction in a new place and enabling them to navigate independantly without additional orientation systems after a certain period of time.