This installation unveils the hidden structure of radio communication happening via Wifi and Bluetooth when exposing its parasitological traces. It captures the imperceptible sounds coming out of those devices, translating them to hearable frequencies, which are then played against the water, creating vibrational patterns that are reflected onto the ceiling, filling up the room with the unveiled hidden noise in the form of aura-like cymatic patterns 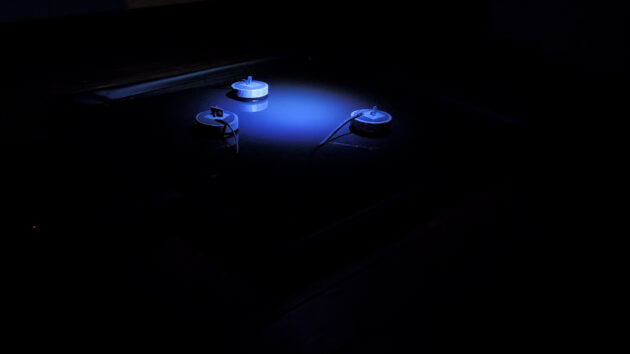 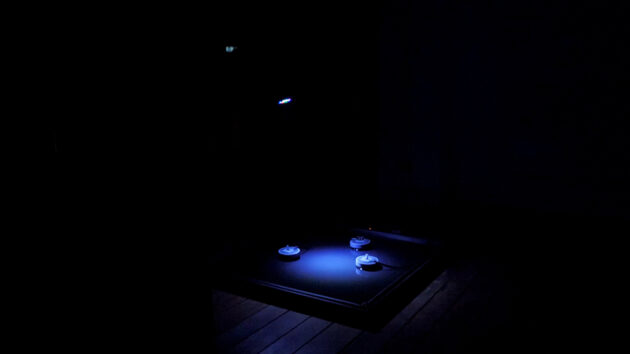 This project is a visual and physical exploration that focuses on unveiling the obfuscated structure created by wireless communication within the Electromagnetic Field (EMF) spectrum, evidencing the hidden noise emitted by daily-used electronic gadgets.

The EMF is one of the fundamental forces of nature and is generated by electrically charged objects not only found in man-made items but also in nature. Its frequencies are arranged in a spectrum ranging from low to high, from gamma rays to the extremely low frequency, passing by visible light closer to the middle. Although said frequencies travel indefinitely in a constant manner as waves through space, when recorded, these signals sound unconstant and somehow chaotic, yet at times rhythmically paced. Being raw, glitched and overall discomforting to listen. 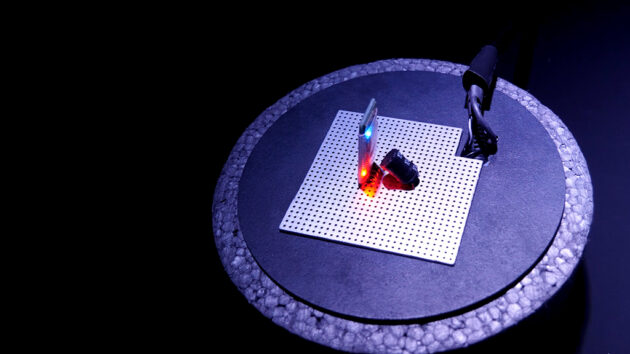 Despite being a natural phenomenon, the EMF waves are immaterially filling up the spaces they propagate, in an unresting motion that leaves an imperceptible and even unwanted trail of noise behind. This movement holds similarities with Michel Serres’ idea of parasites which is an association between the biological definition of the term — the guest taking something from the host and giving little to nothing in exchange — and the idea of static noise in communication systems. When experimenting with these noise-parasitical characteristics of the EMF, this project uses the unwanted, undesirable and hidden as an artistic material. Its setup explores the idea of the ever-changing relation between host and parasite by making an EMF emitter float in a water that is moving by its own sound vibrations. The cymatic movement visible on the water’s surface is created by the EM radiation generated by the emitter, captured by an antenna, and then translated into audible audio frequencies.

As the floating objects are not waterproof sealed, the noise that moves the water is physically representing a threat to disrupt the system, an unbalance that could potentially destroy itself. 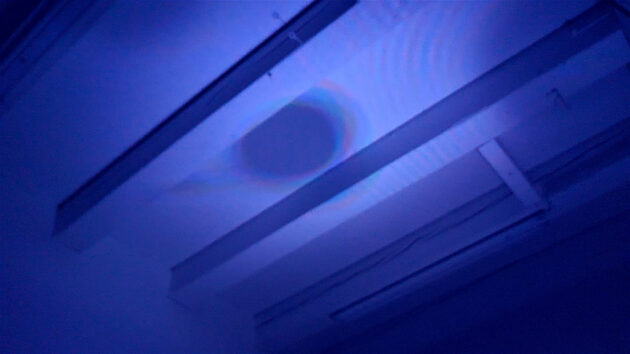