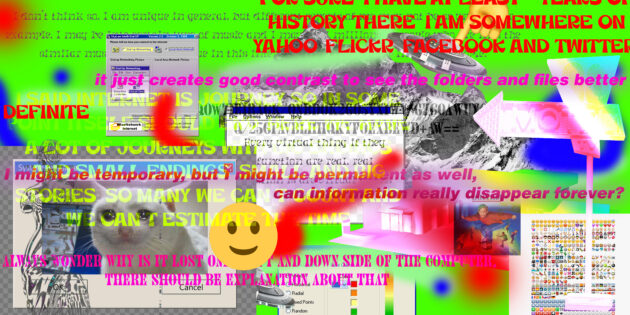 Fallacies of Embellishment presents a storyline for new beliefs by applying methods of the Theatre of the Absurd using a game engine to explore the unfolding of ‘mythopoesis’. This project is situated in the realm of net art, as a question-and-answer game. The players, through their answers, take a central role in creating a myth about the Internet. 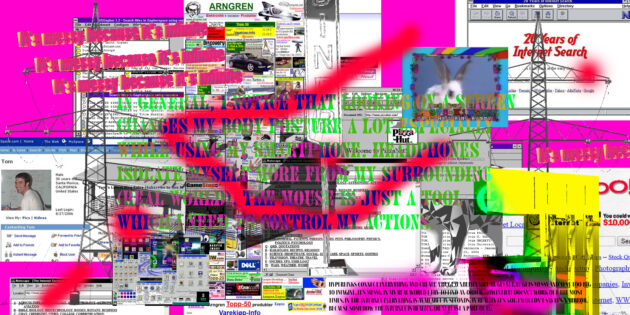 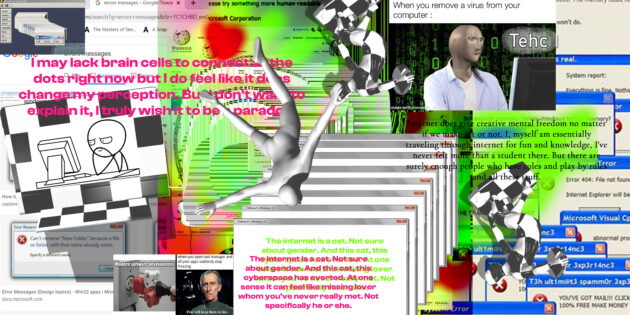 This work seeks to explore personal mythmaking in and through the Internet. In exploring mythmaking, I draw on methods from the Theatre of the Absurd based on non-linear storytelling, leading to ambiguity, even unintelligibility, that may reflect aspects of personal mythmaking. The collage technique, for example, becomes a method for reflecting on the answers of previous players and triggering future participants to contribute to the collective experience. The images produced are my way of elaborating on the responses of initial participants in this storytelling experiment.

Through this play-process – toggling images, pressing buttons, and answering – participants produce material for my myth-making creations. New myths are generated from randomly entered answers, from different players. Eventually, the written text is displayed at the bottom right corner of the screen as the sum of the experience. My role in this project is to provide the space and triggers through which the participants can engage in their realities as fiction.

My thesis explores possibilities of play based on theories and rules, that I’ve found necessary for the creation of mythopoesis. The website, the main conceptual device, is a place for a collision of realities, where humans and the Internet are involved as active actors contributing to myth-making. A principal aim was to come forward and understand, how to play an absurd multiplayer game through triggering responses. The result is an internet-based playground that is constantly being created and re-built through data cycles that mirror internet-based interactions – similar to the way myths are born from absurd information patterns and unusual interactions.