When we think about dance, we often assume a one way relation: First there is music, then there is dance to the music. Everybody dance now! jumbles this relation by creating music from dance. Sounds are generated, manipulated and played through bodily movements that are captured by sensors attached to the dancers body. 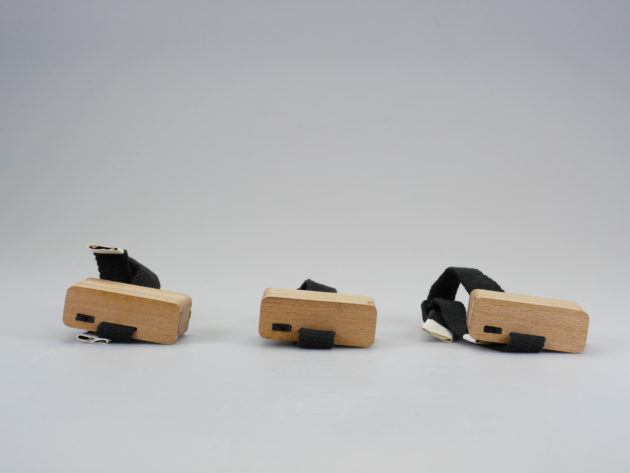 Everybody Dance Now! is about the interaction between movement, matter and sound.
Four wearable objects were created. These objects capture aspects of movement. If someone attaches them to their body and starts moving, sound and music will be produced and immediately played through speakers. This allows for an new sensation of dance: Instead of dancing to music, the music is created through the dancers movements. The role of the dancer has changed. His movements are not dictated by the music anymore because he creates the music. A new interplay between movement and sound takes place: The dancer can move to the sounds he creates, thereby creating more sounds that can be danced to. This interactive loop empowers the dancer as his moves are accentuated by the sounds they create.
Another aspect of the work is that it is participatory and can be used by multiple people at once. In an exhibition space, the four wearable objects can be picked up and used by everyone. As there are multiple objects, it is also possible that multiple people use them at the same time, creating sound and music together through dancing with one another.
As every object produces a different sound, this setup leads to interesting constellations: Similar to playing in a band, people would look at each other and coordinate their movements in order to create compelling musical tensions. 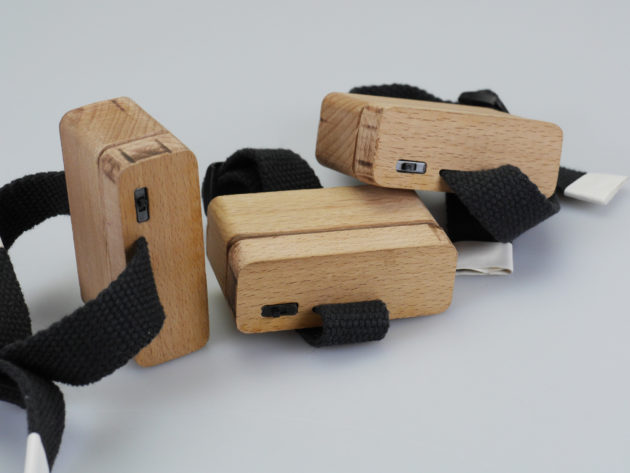 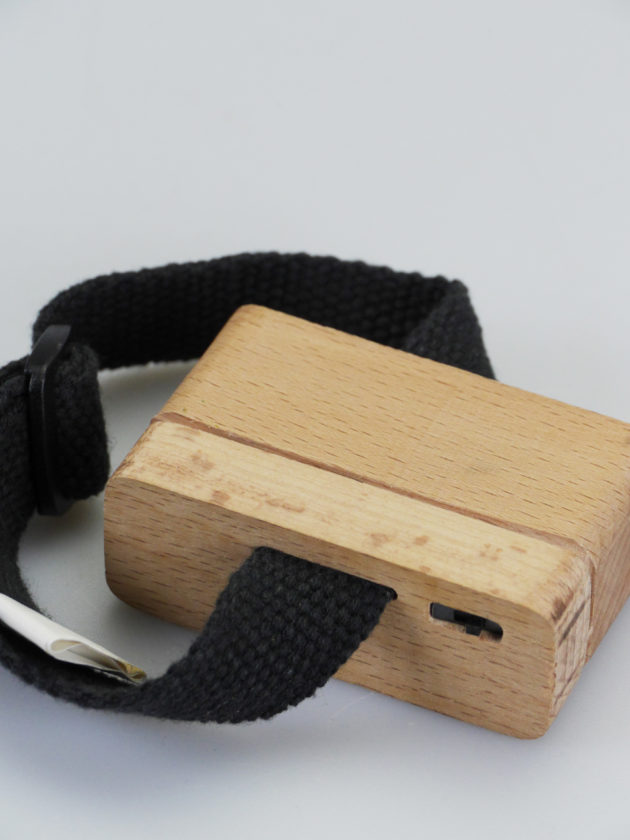 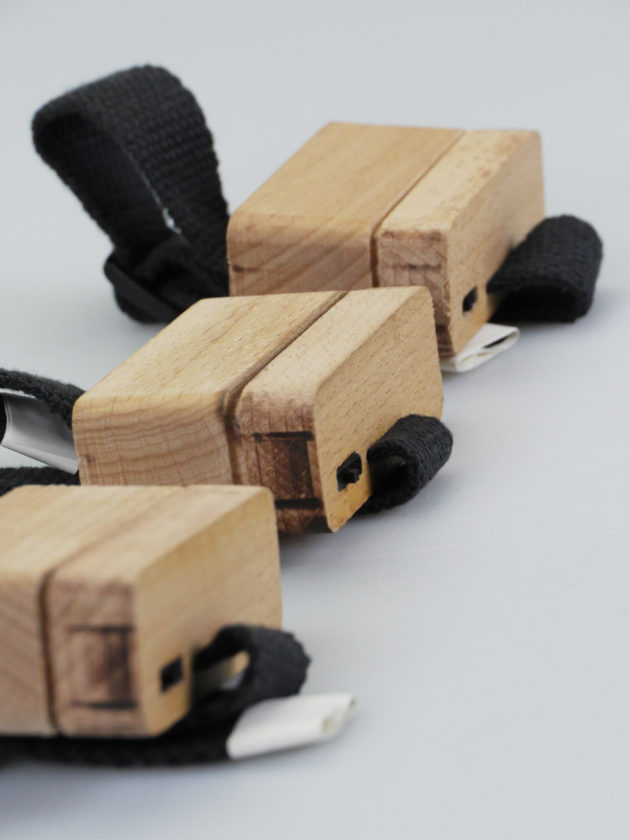 The electronical part of each object consist of a microcontroller, an IMU and lipo-battery. Data from the IMU is captured on the microcontroller and being processed with an AHRS-algorithm to determine the movements of the dancer. The lipo-battery acts as a power source in order to make the object wirelessly wearable. Captured movement data is being send over a Wifi network with the UDP protcol. A computer running a processing sketch receives these messages and uses the captured motion-data to create sounds instantly. These sounds are being played through connected speakers so the dancer can hear the sounds his movements create right away. 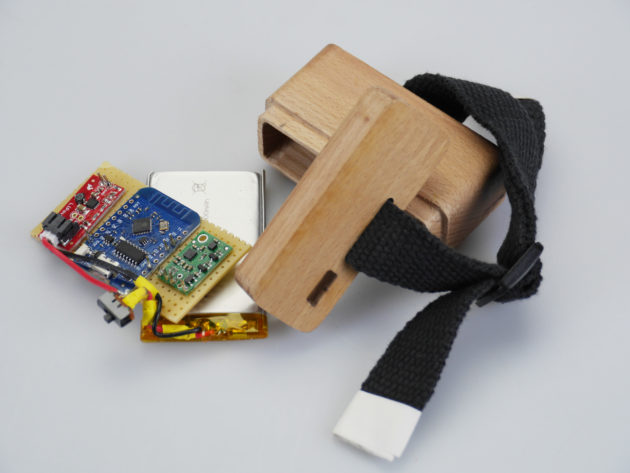