The “Earworm Decimators” are artefacts conceived to eliminate sonic viruses, here referred to earworms. As a preliminary definition it can be said that these viruses are audio events in the form of fragmented songs, refrains, or ideas that get stuck in our heads. In order to grasp the project outcome, earworms will be explained from three perspectives, namely psychology, philosophy, and audio theory.

First, studies conducted in psychology will serve as a basis to understand the main characteristics of earworms. Second, in the realm of philosophy we will look to Deleuzian thought in order to grasp the terms emotion, affect, and intensity. Third, theories concerning the use of sound as “weapon” will allow us to speculate about the possible misuses of earworms in the future. The convergence of the three points will help us to conceive earworms as affects.

This project proposes to eradicate these sonic viruses by a process of re-affection. The products developed, a cross between hi-end recording gear and medical equipment, use noise music to conduct this endeavour. 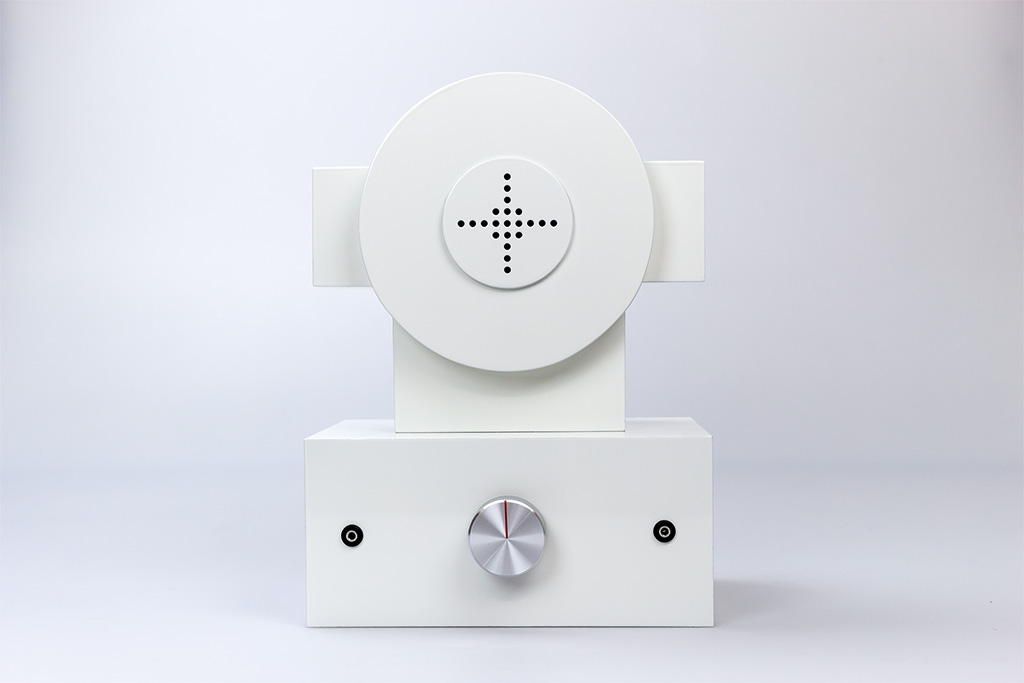 An earworm can be defined as an involuntary occurrence in which a person recalls a prior exposure to a sonic event and that he or she is unable to control. This event is commonly associated with a fragment of a song. Additionally to this idea, we need to mention Kellaris’ theory of the cognitive itch. According to him, an earworm is akin to a mosquito bite because it worsens when the affected person (we will use the word “host” from now on) “scratches” it: the more one tries to get rid of it, the more attached the earworm becomes. For Kellaris, the the main vector of contagion is the hook. This concept is of great importance and will be recalled later on in this study. Moving into philosophical domains, we will clarify here the concepts of emotion, affect, and intensity. To accomplish that, ideas from authors such as Deleuze, Massumi, and Schrimshaw will be taken into consideration.

The theories developed by these philosophers are crucial to conceive earworms as affections. As a summary to the findings, an affect is a potentiality, an immanence, a soon-to-be phenomenon. It can be conceived as a non-subjective force that exists in-between bodies (be it humans or non-humans). An emotion is, in this context, the subjective capture of this affect; in that regard, it is a personal experience, the opposite of the non-subjective nature of the affect. Intensity represents the amount of affection transmitted between bodies. Before dwelling into audio virology we will digress a bit and explain the difference between a virion and a virus in medical parlance. A virion is a virus particle that only becomes a virus once it infects a cell in order to replicate itself.

Earworms are thus similar to virions: they turn into viruses when they infect a “host”. Only then they can initiate their self-replication process. Audio virology is therefore the study of the contagion and transmission of audio viruses. 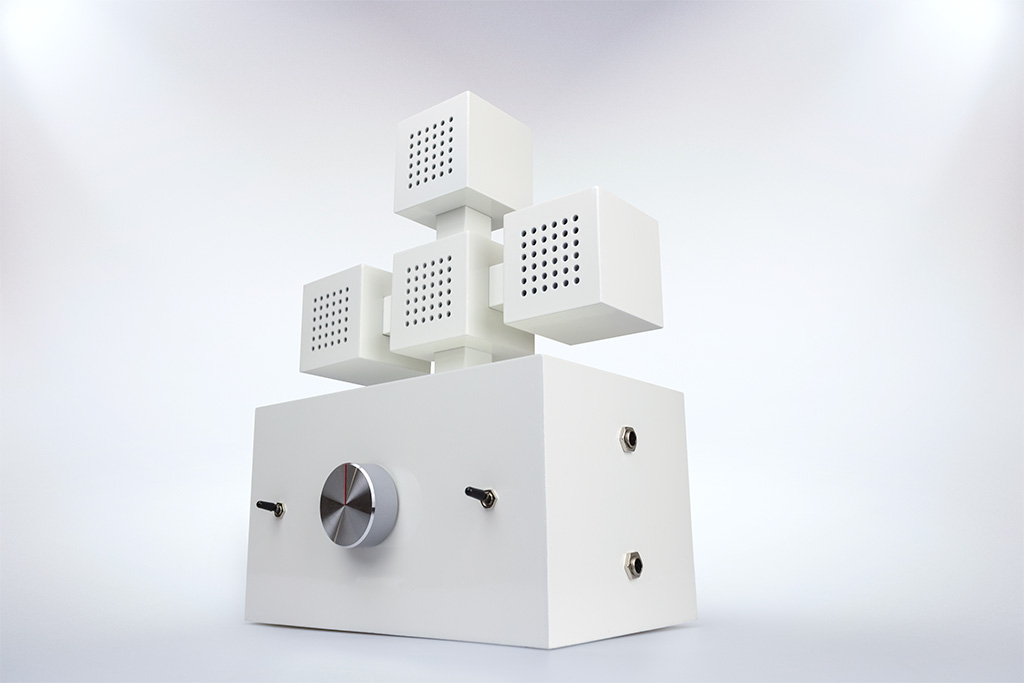 An earworm is similar to an affect: a dormant force with potentialities for disseminating affections. The hook will be therefore akin to intensity. The earworm contains the hook, so we need to get rid of it to solve the issue. In this project, this is a procedure know as re-affection. Re-affection of the parasited organism can only be performed if the “host” is exposed to a higher concentration of intensity. Since noise music embraces the chaos and the excess, we can say it is “pure intensity,” and it will act as a destructive force to feeble and decimate the hook. 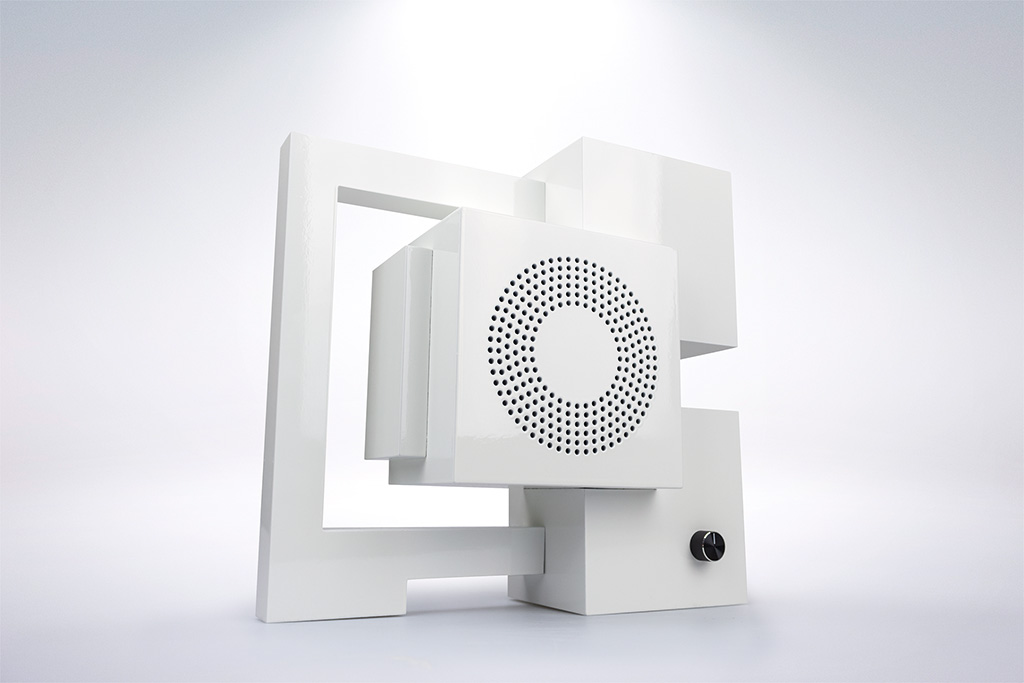 In order to cure an infected body, it is important to use the right tool. Each “case of earworm“ is different, and so each patient. It is acknowledged, for instance, that some virosonic material is stronger than other. Likewise, some hooks are impervious to certain audio frequencies, whereas others are easily “corroded” by them. For that reason, the artefacts use different techniques to deploy noise/intensity in order to efface the hook. The three devices developed are: the “Cyclic Waveform Feeder,” the “Trilateral Expunge Tool,” and the “Earworm Undermining Machine.” The re-affecting strategy of the objects will be explained in detail in the following paragraphs.

01. “Cyclic Waveform Feeder” The first apparatus is designed to tackle mild cases of

earworm infection. In this stage, the patient had been infected but the hook has not started to replicate itself. During this hibernating mode the hook is feeble. Due to that fact, the re-affection process can be conducted smoothly. 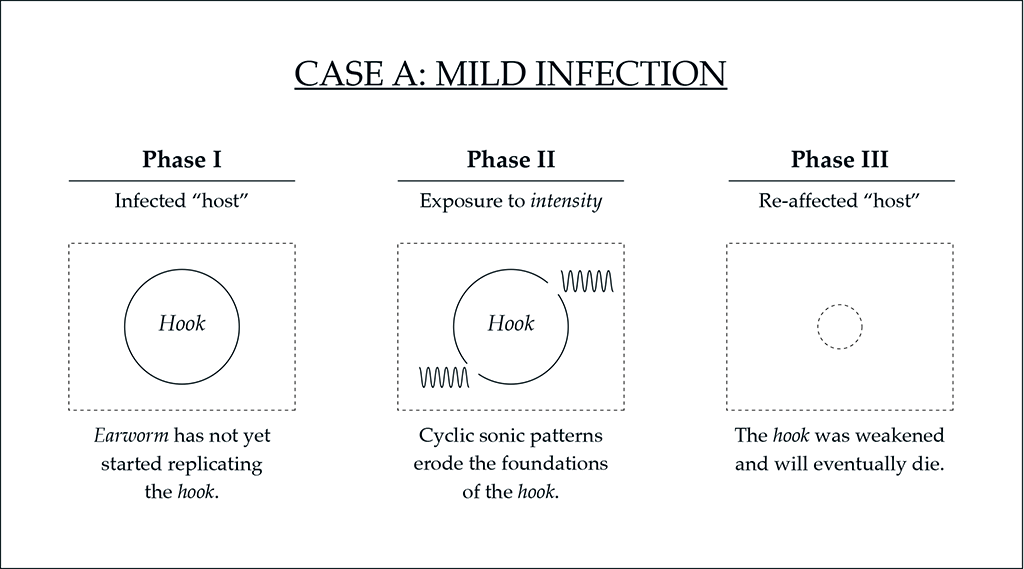 02. “Trilateral Expunge Tool” The second artefact was designed to target moderate cases of

earworm infection. In this scenario the hook was installed inside the “host” and the replication process has already been initiated. For that reason, not only the hook must be eradicated, but also the “clones” that are ready to be disseminated. 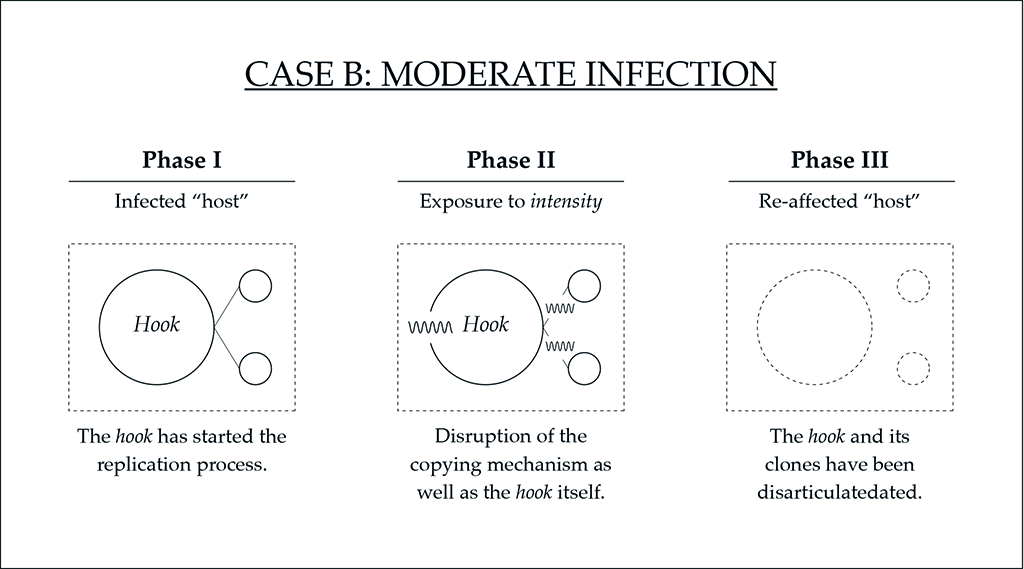 03. “Earworm Undermining Machine” The third object was conceived in case the other previous methods fail. This situation is the most dangerous, because the “host” has been heavily infected, the duplicated hooks are strong, and the dissemination process has already begun. The goal here would be, without doubts, to use maximum intensity in order to destroy the hook. 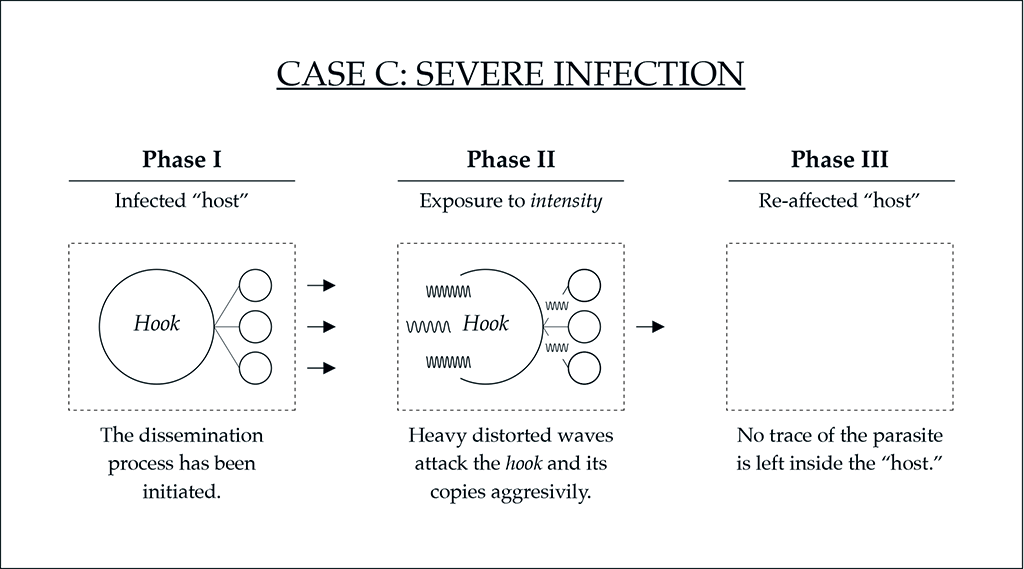