The main goal of this project was to explore the possibilities and positive outcomes of extending traditional board game with digital means. The idea was to take the best of both worlds — live interaction of the board games and advantages of computer power — and make them work together. 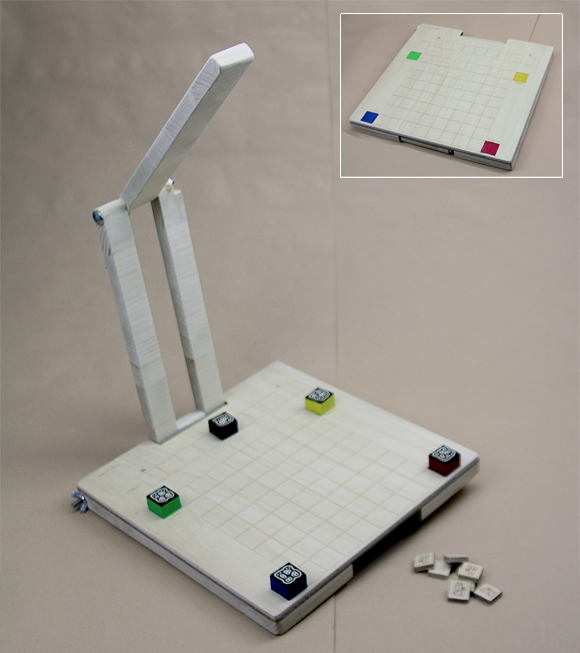 The project could be divided into two main parts.

As one part of the project a new game “Planet Impu” was developed — a fully playable board game with sci-fi setting. Main purpose of developing the game from scratch was to deeply investigate the opportunities of such combination and implement them in a gameplay. One of the key features of the game is constantly changing environment (the board). 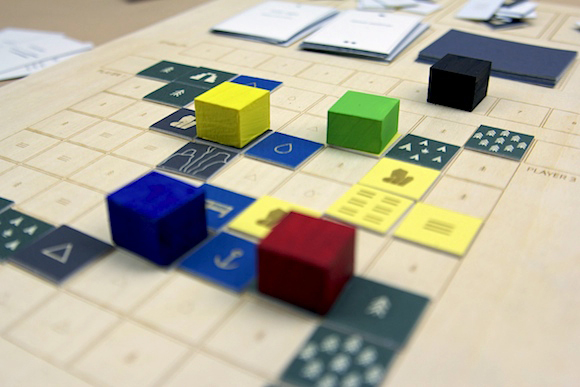 Another essential part was to “digitalize” the game. This was achieved with the powers of Java and reacTIVison. Feducial markers are used to track the positions of players on the board with a regular decent webcam. Then, the game interface and the in-game environment is being visualized on the computer screen (or could be projected using the projector).

Thus computer is aware of some actions (the players still use cards and other tokens during the game) of the players and also controls some key game mechanics (e.g. changes of the environment). 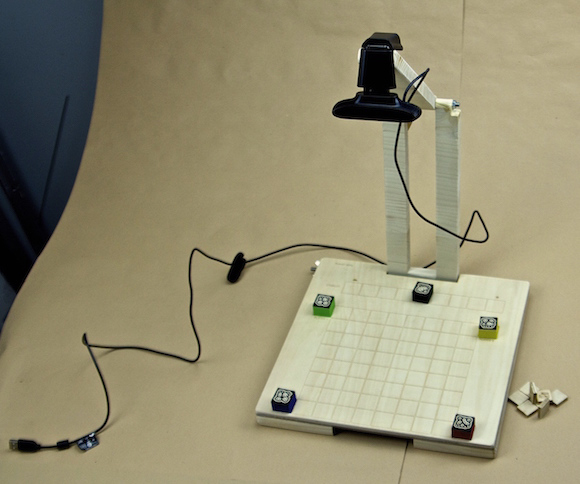 There are several advantages of such setup some of which heavily influence the board game design and extend the possibilities of the gameplay. In this case computer brings to the table:

Such collaboration between board game and the computer also has proven to be very useful for testing purposes of the game mechanics. The reason is the possibility to write few lines of code or change some digits in the equation to adjust the gameplay as neccessary.