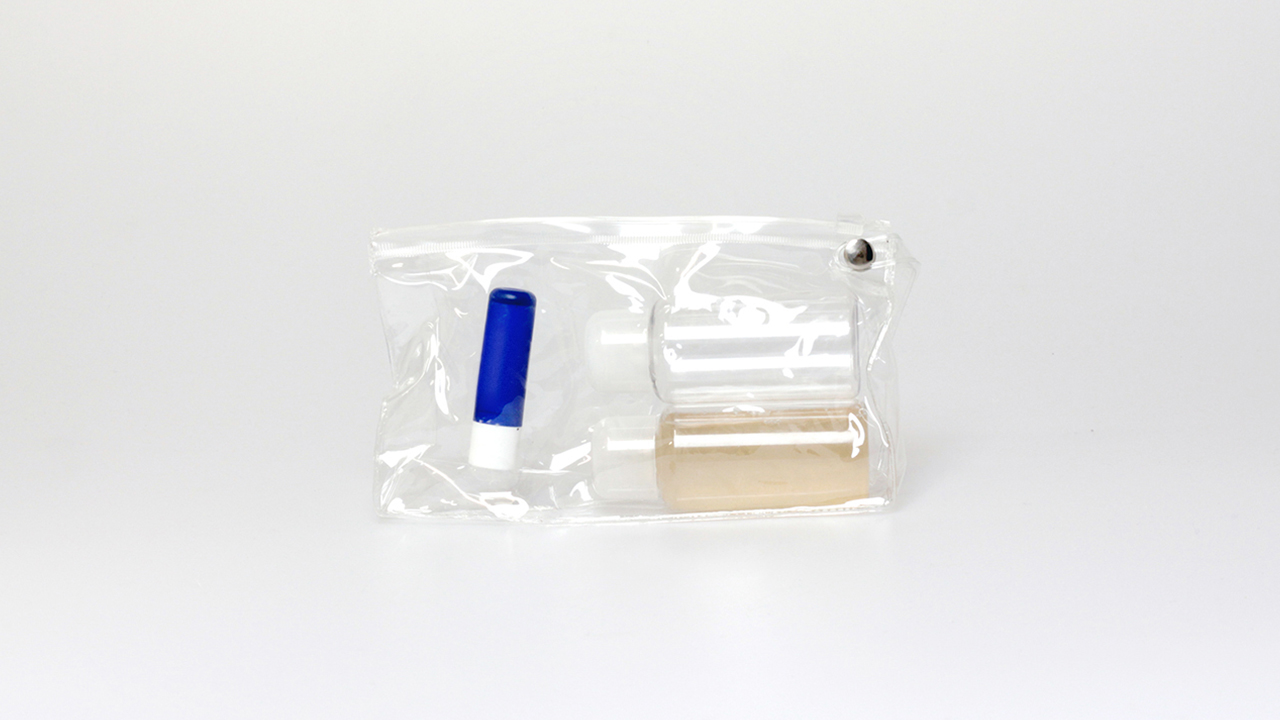 In airports, full-body scanners, shared passport data systems, and luggage x-rays are allowed to perform intrusively towards a person’s body, identity and agenda. While retaining their relative blindness to the actual content of this extent imaging, with their aid, the authorities practice an evermore disguised racial, gender and ethnic profiling in the name of security and efficiency of law enforcement. Even though the federal police still hold their power as decision-makers, there is an increased delegation of ethically unacceptable activities to technological devices, from which the security personnel hides behind.

To which extent could authorities delegate to technology, in the name of an increased security and effectiveness, their controversial intrusive practices of profiling? How may these technological devices evolve into profiling actants in the near future while retaining their apparent neutral appearance?

Interface used by authorities to identify possible threats in airports and act when needed. The system uses a back-end profiling system to determine the danger level of each passer. 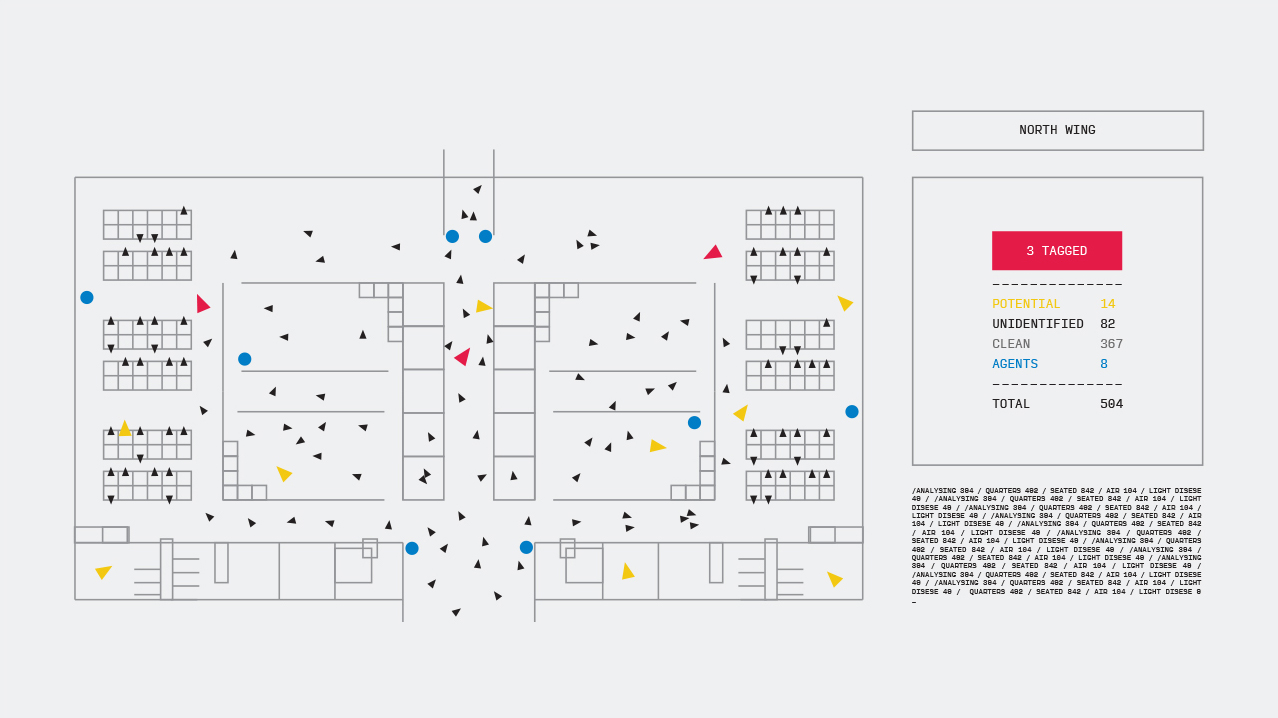 A possible narrative of profiling, performed at the back-end of the system. 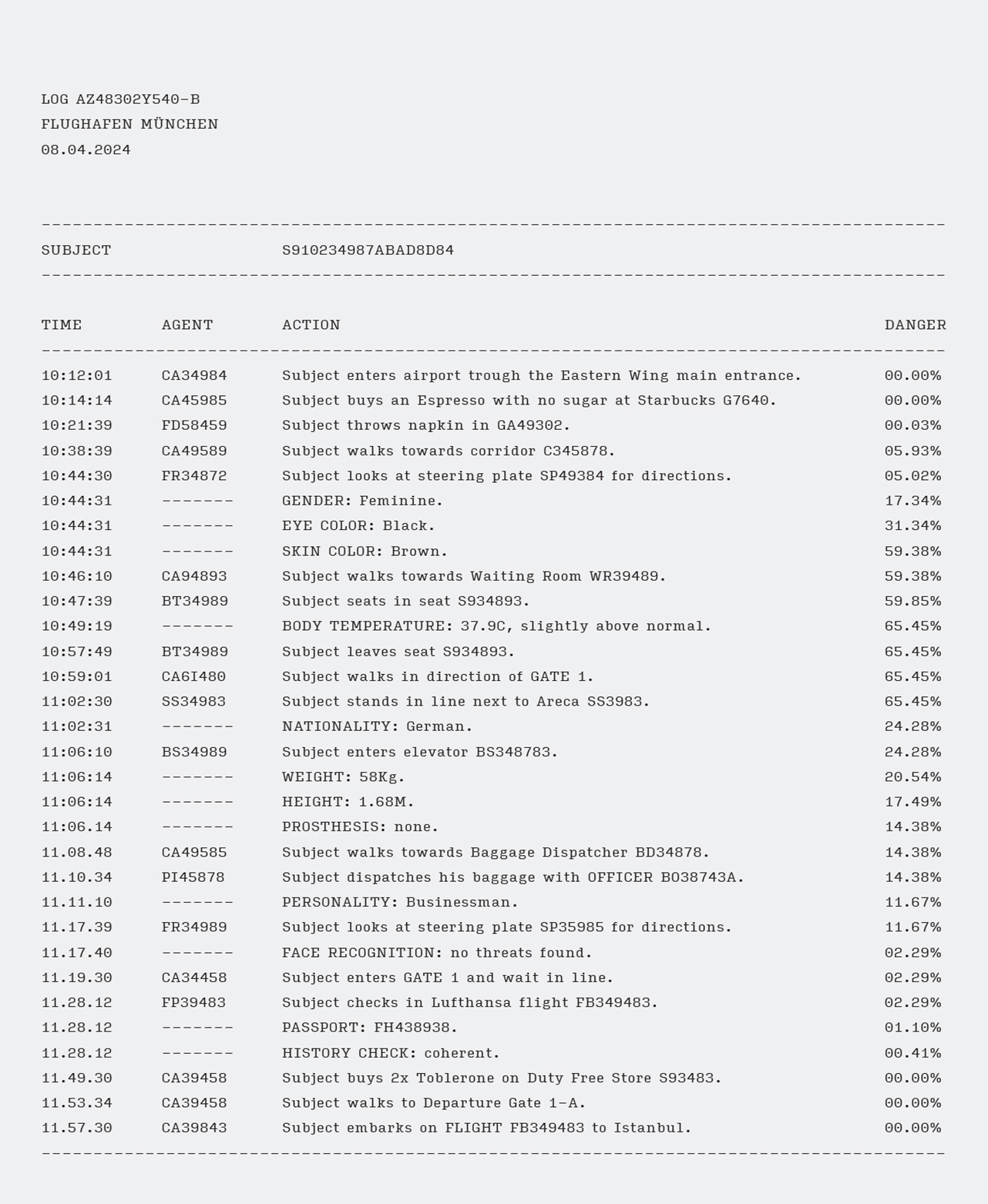 Covered devices placed inside airports that aim to gather data from passers as a means of efficiency and security. 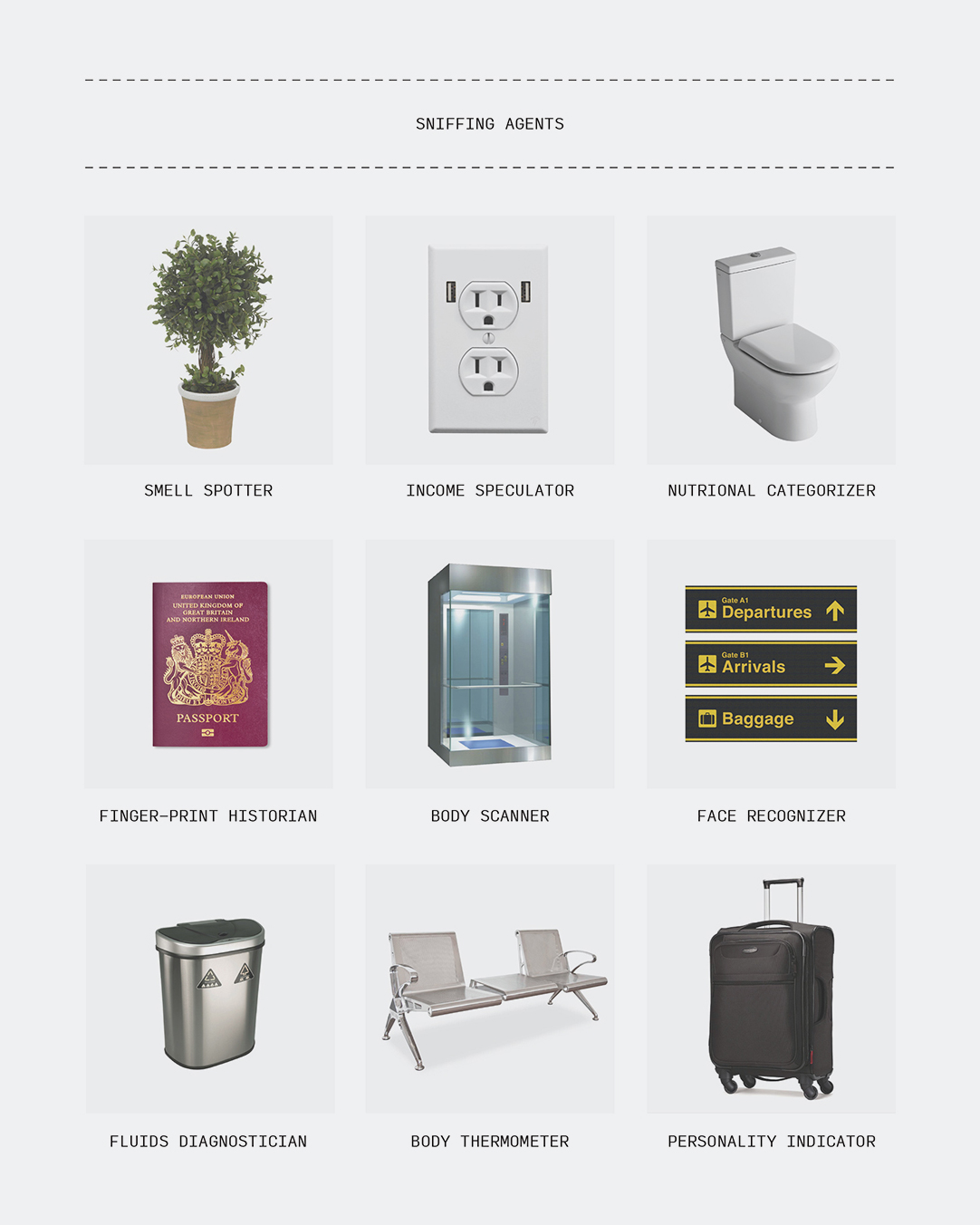 Counter-luggage Hand luggage hacks used either to mislead the sniffing technologies, or reaffirm one’s identity before them. Each object accompanies a DIY tutorial. 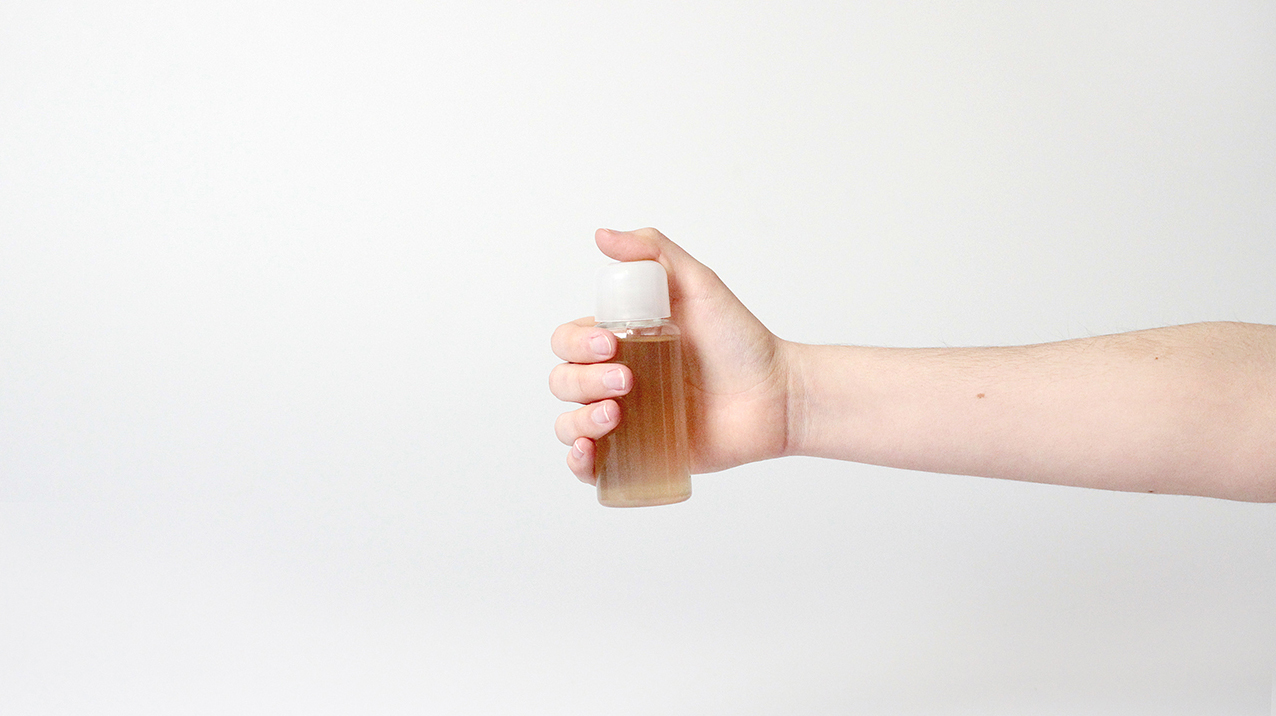 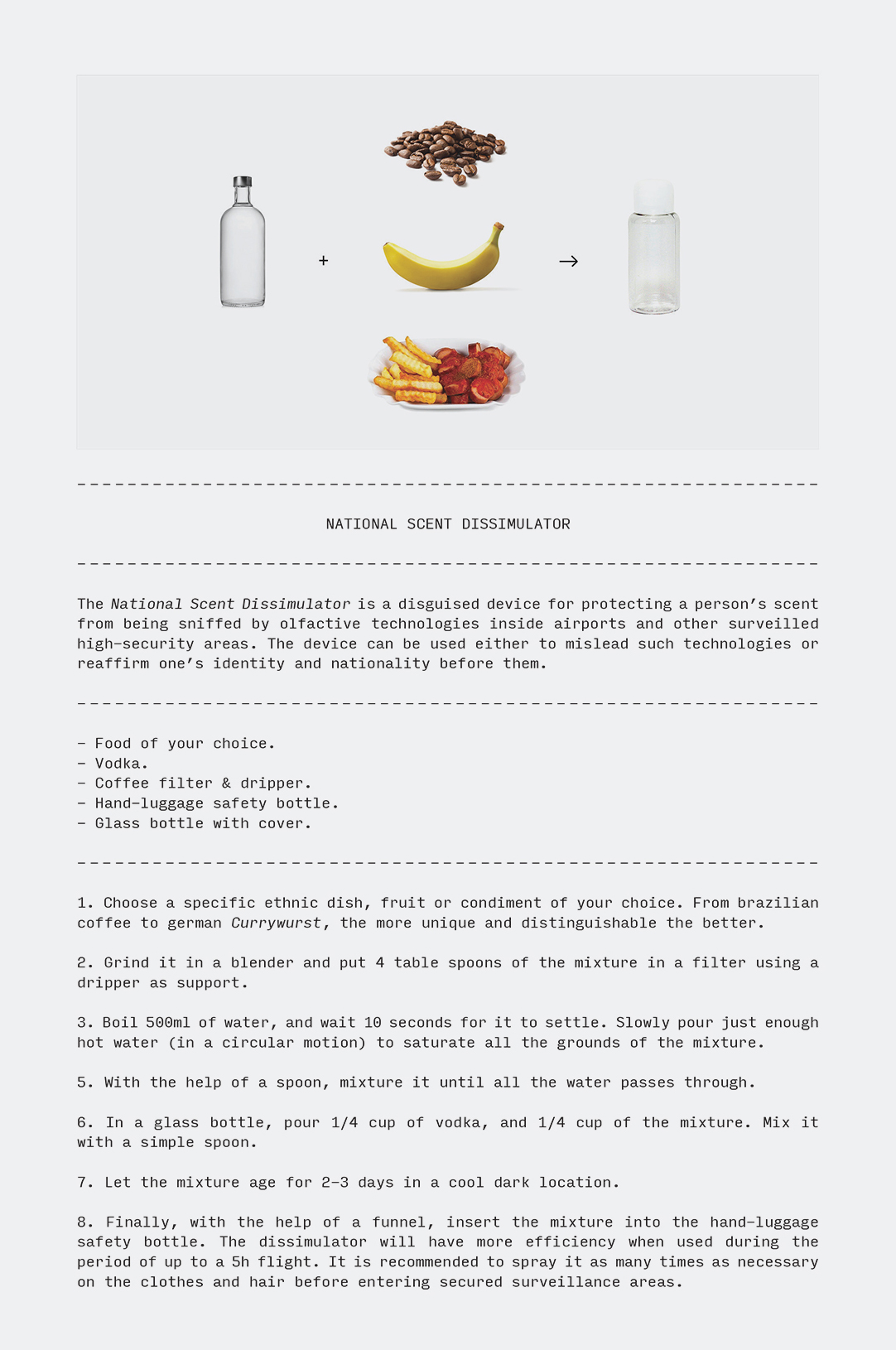 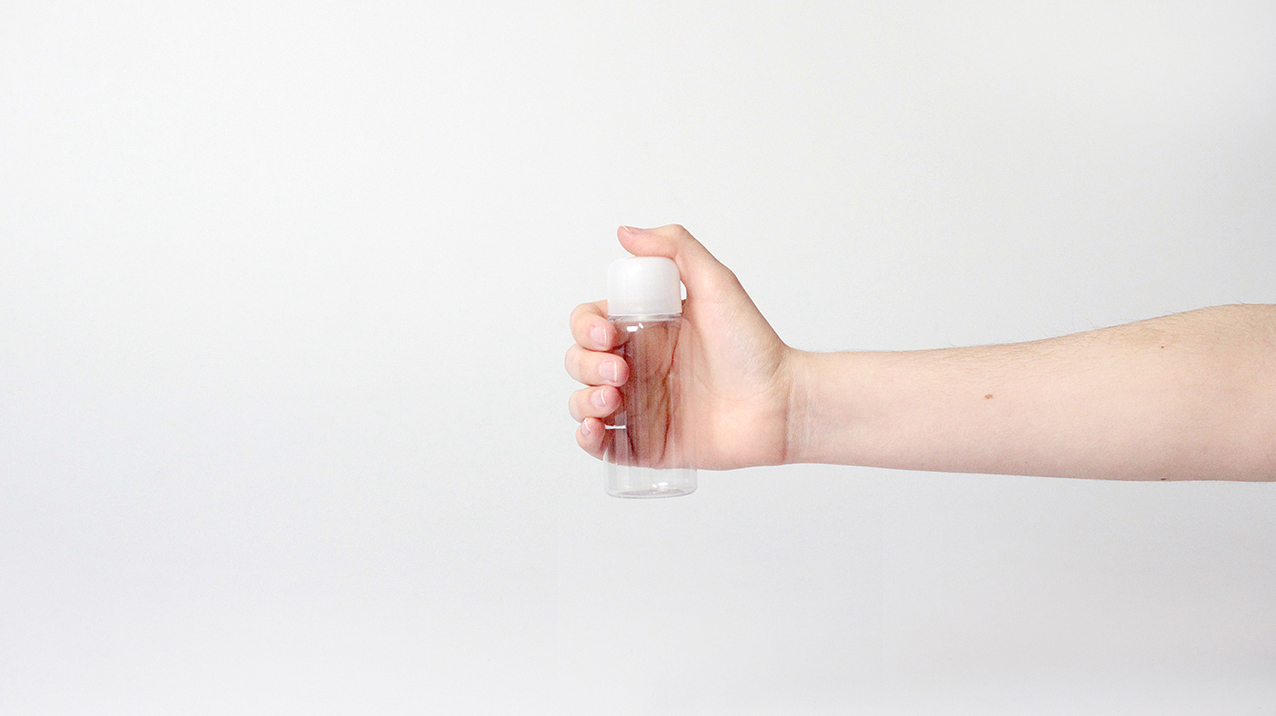 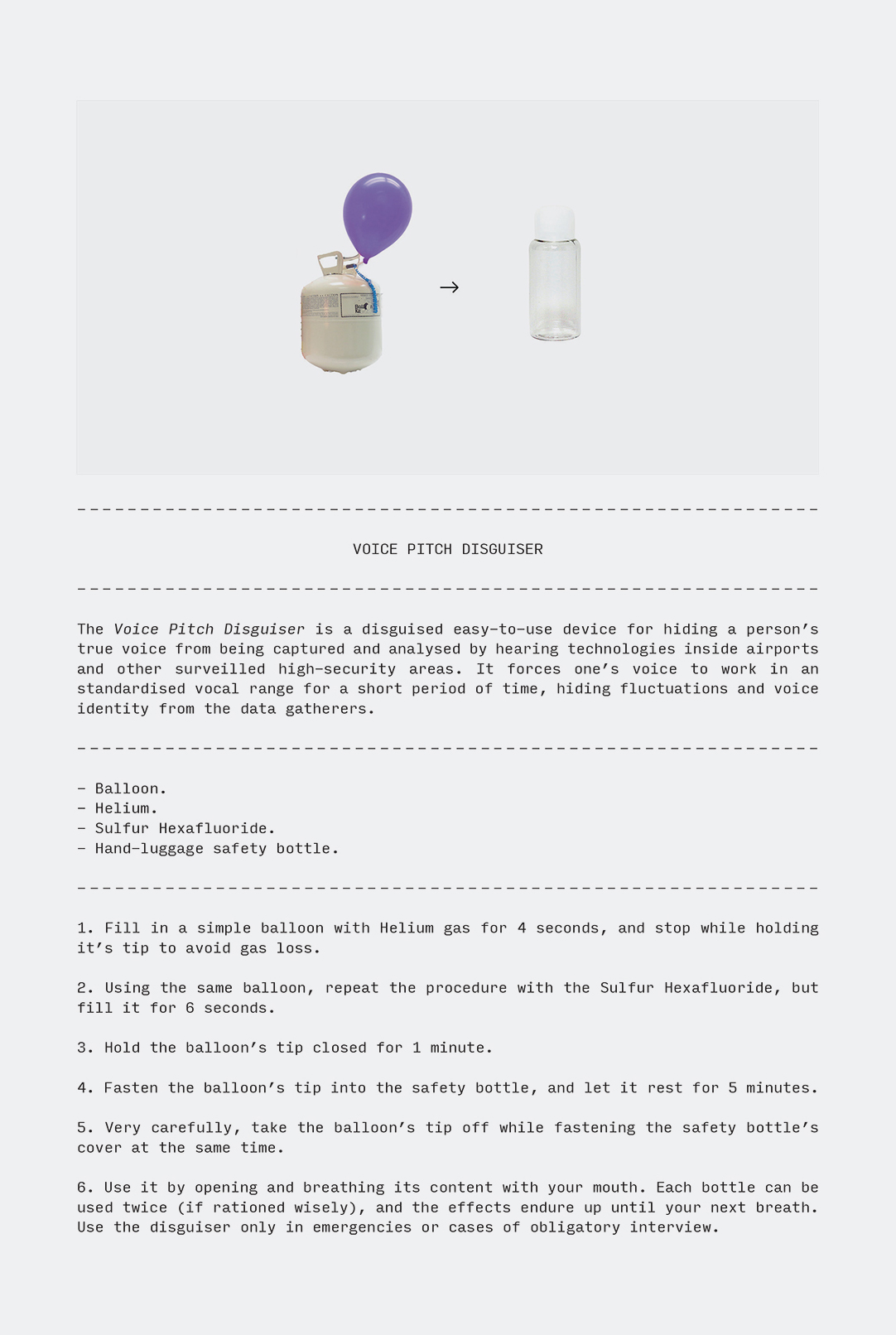 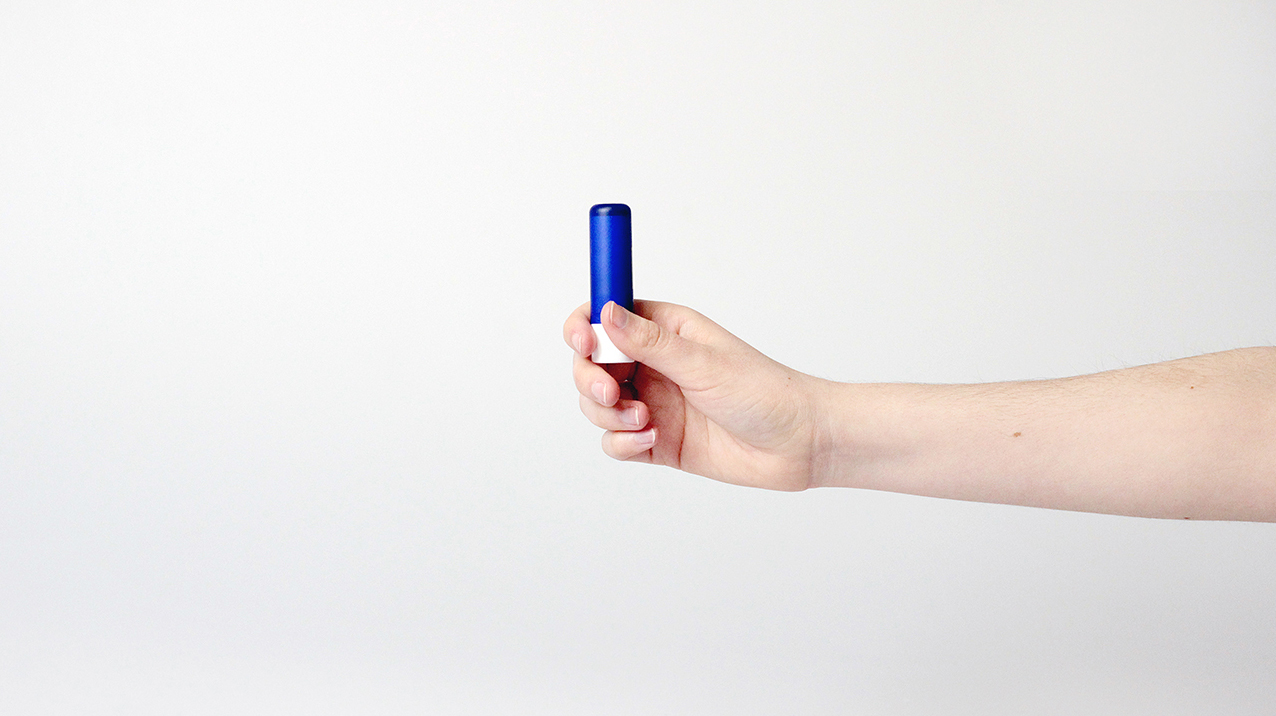 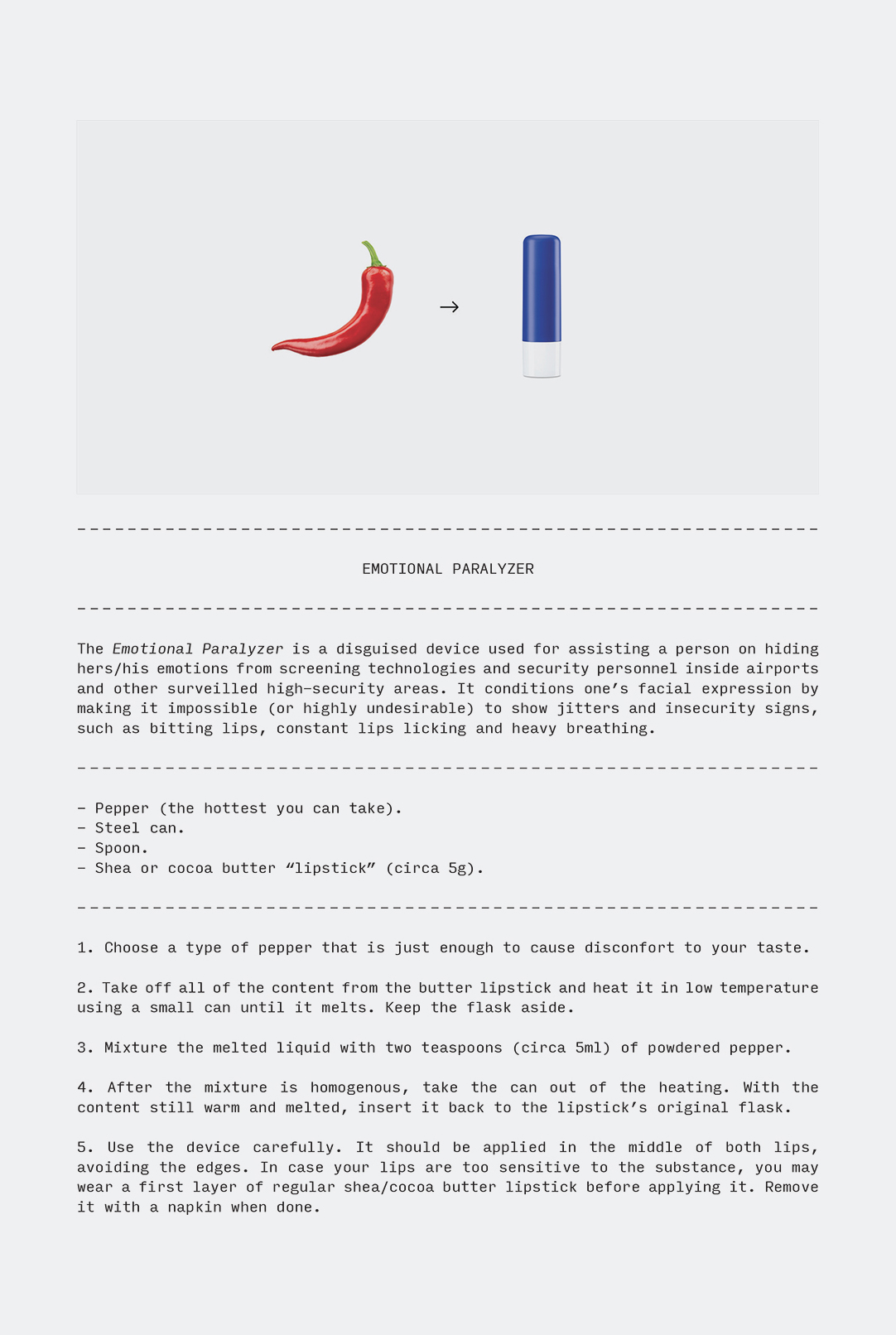