When you try to leave the often premised dominance of vision [1] over hearing behind, a different perspective on the conceiving of reality may come about: A processed-oriented ontology, where all observable and non-observable forms are perceived as processes rather than discrete events. [2] Even smallest events in time would be considered as transitions from one state to another rather than as complete objects. A world view, that is more one of a Becoming than one of Being. [3] [4] 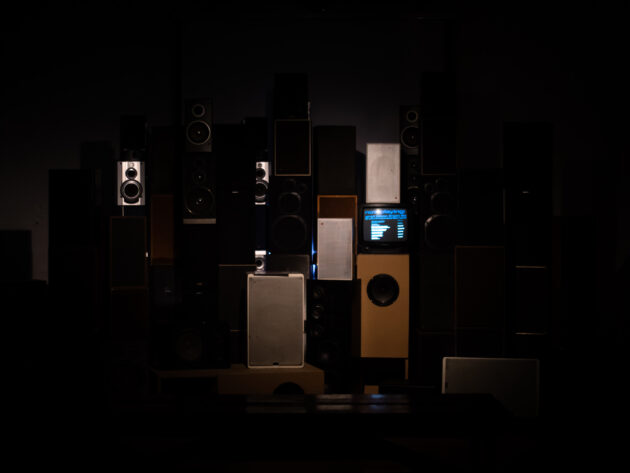 In this sense, all cultural output can be considered as a Becoming of our actions. A gigantic succession of events has come about, turning and up-heaving itself over and over, spinning a dense fabric that, as long as there are creative beings around (or longer), will have no beginning and no ending.

(Pop) Music is a good example to represent this idea: An enormous amount of music, that is being played back from almost any place on Earth, at literally any and every moment, is so overwhelmingly massive in its abundance, that it transcends time and space covers the media world, trickling down to its smallest pores. What is coming about, is an outstanding mass of sonic matter, that is being streamed from the servers to the devices, a Stream of cultural product filling the void.

This work is concerned with both of these sides of Streaming: the transcendental quality of sound, filling silence not only at a local site, but equally, leaving no gaps between discrete events in our conception of reality in an ontological sense. and on the other hand, there is the technological (music) media streaming, that wears itself off through the endless algorithmic suggestions of more and more sounds to listen to. 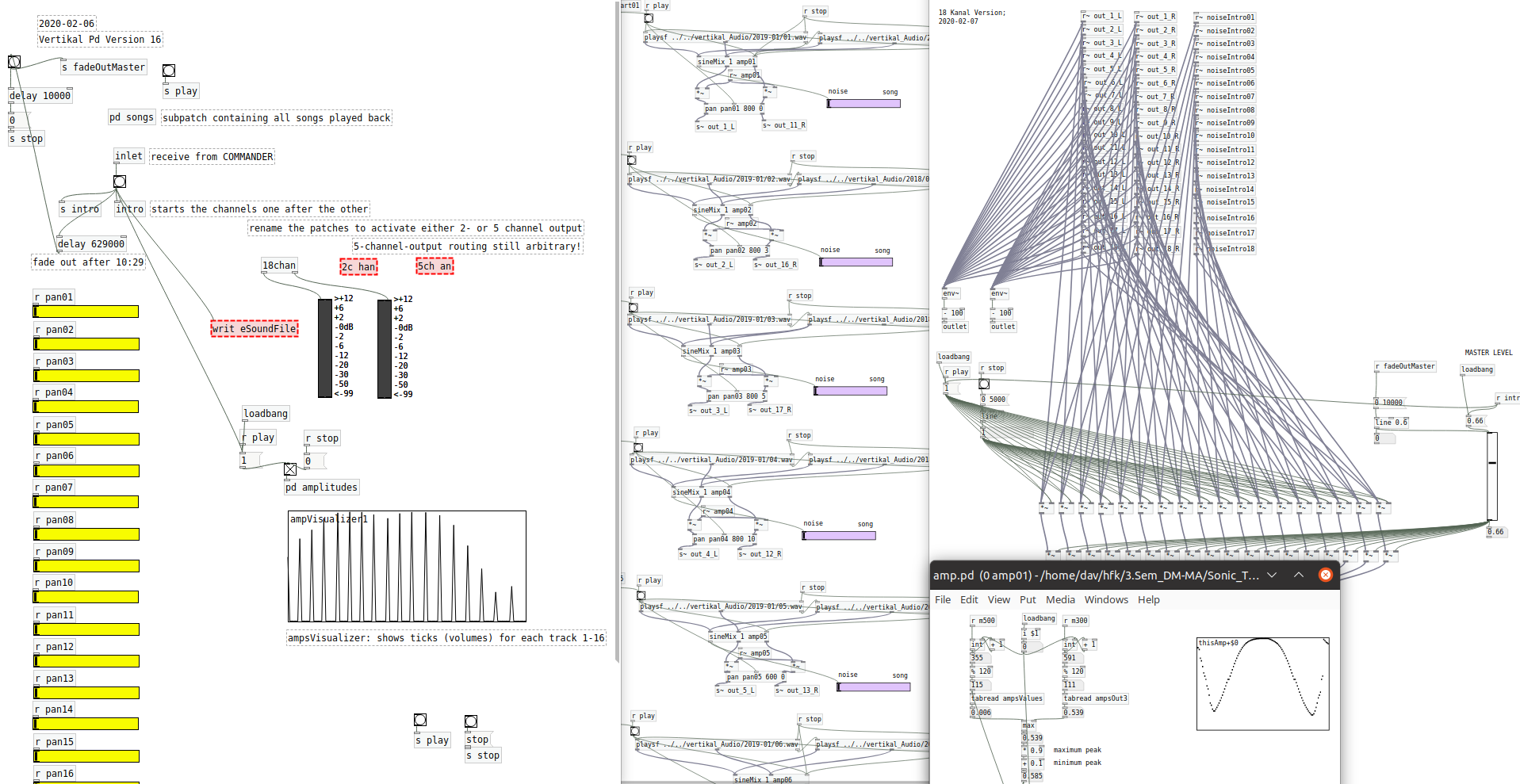 To represent these ideas, I created a monumental 16-channel sound sculpture, that plays a cacophony of popular radio songs simultaneously. As the songs are playing, an algorithm slowly erodes their outstanding features, applying band pass filters and other effects to the most present ones. The songs, or what is left from them, shift from noise to void, giving space for others the moment they cease to exist. 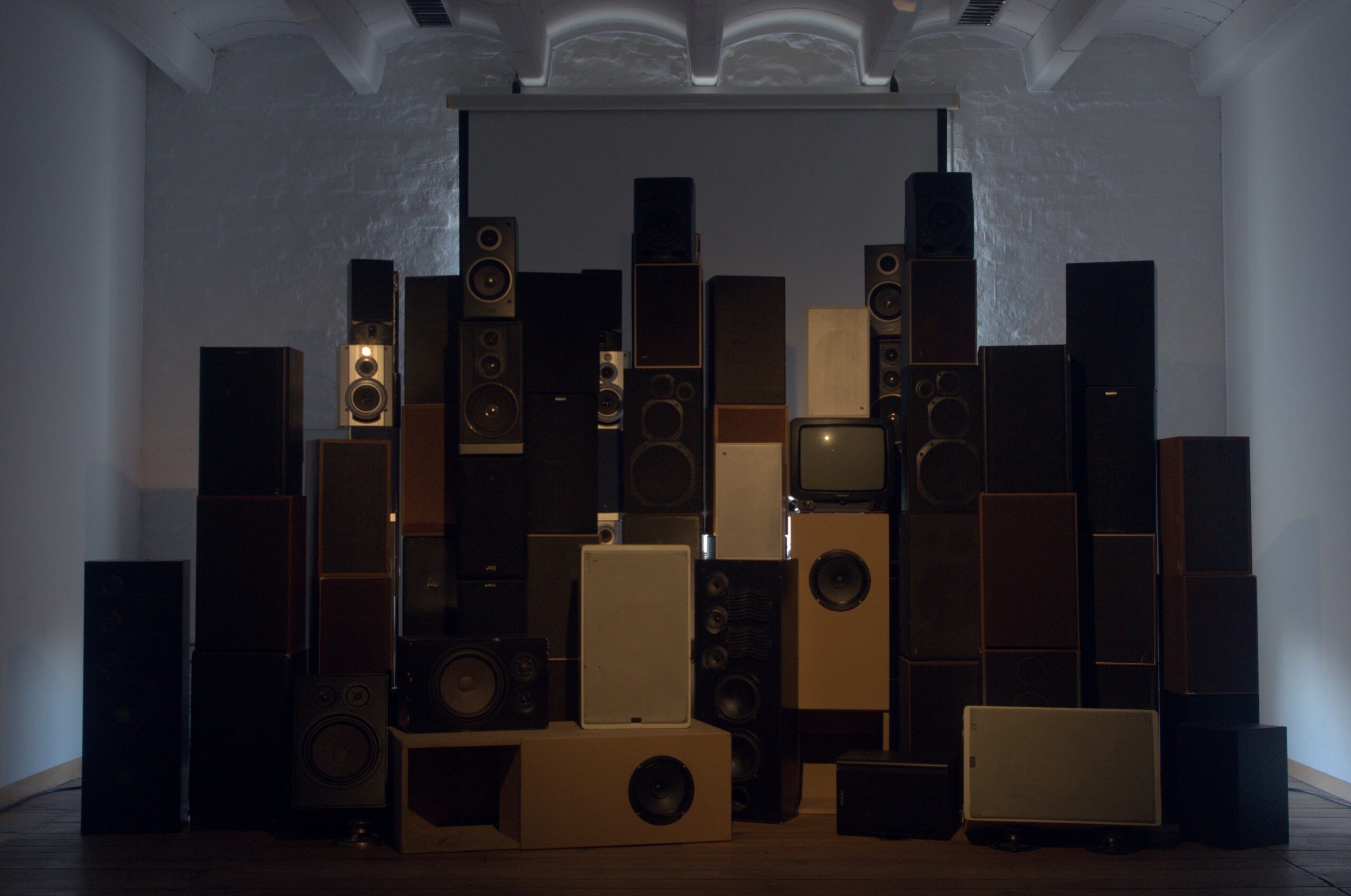 The installation was conceptualized in the course Sonic Thinking (with Petra Klusmeyer) in the Digital Media program (2018). It was first exhibited in February 2020 at the University of the Arts, Bremen.

Debris was made by David Unland