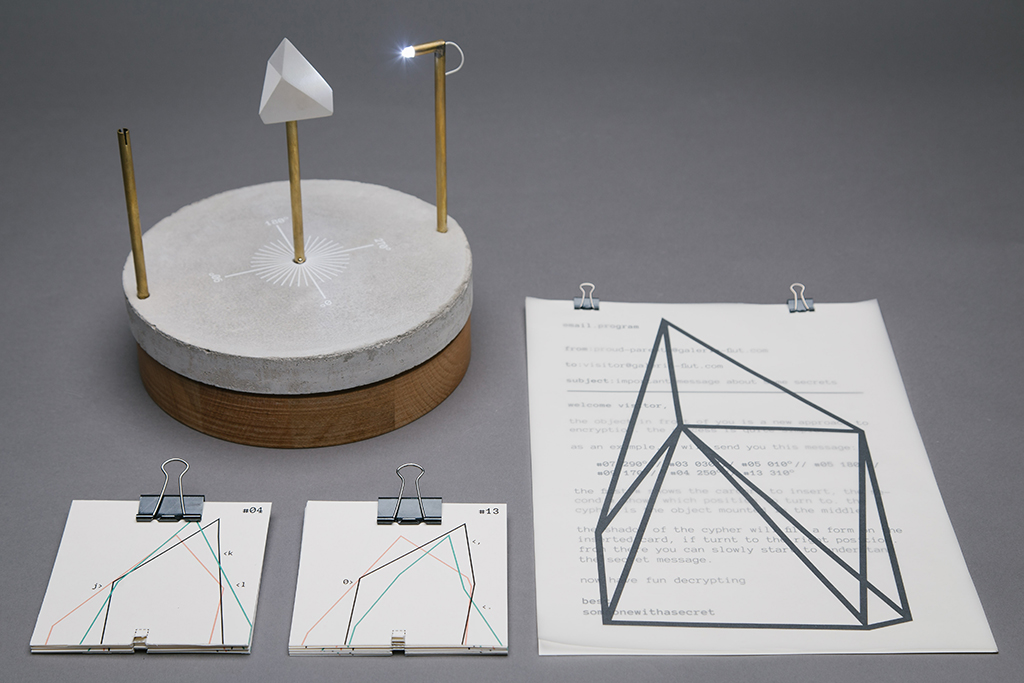 Concrete Decryption is an analouge decryption device for a time in which digital data is under constant threat of surveillance.

A combination of a uniquely generated Cypher and a set of cards help the users to de- and encrypt messages. This guarantees a flow of data that is only readable by the persons that share a keypair, and ensures that said data is totally safe and private.

To decrypt an incoming message, a high powered lightsource and said cards are turnt around the fixed Cypher with the help of a graded scale on the concrete surface and an indicator at the base of the Cypher.

Only if it is set to the correct position the shadow of the Cypher will fill a shape on the card, which is marked with a character.

In an incomming message a character consists of two parts: firstly the number of the card that is supposed to be set onto the pole, and secondly the degrees that need to be set on the scale.

The mapping of characters to the scale is done randomly. The sender possesses a list of the mapping, which helps him to encrypt a message. The receiver owns the object and a set of cards, which enable him to decrypt incoming data. 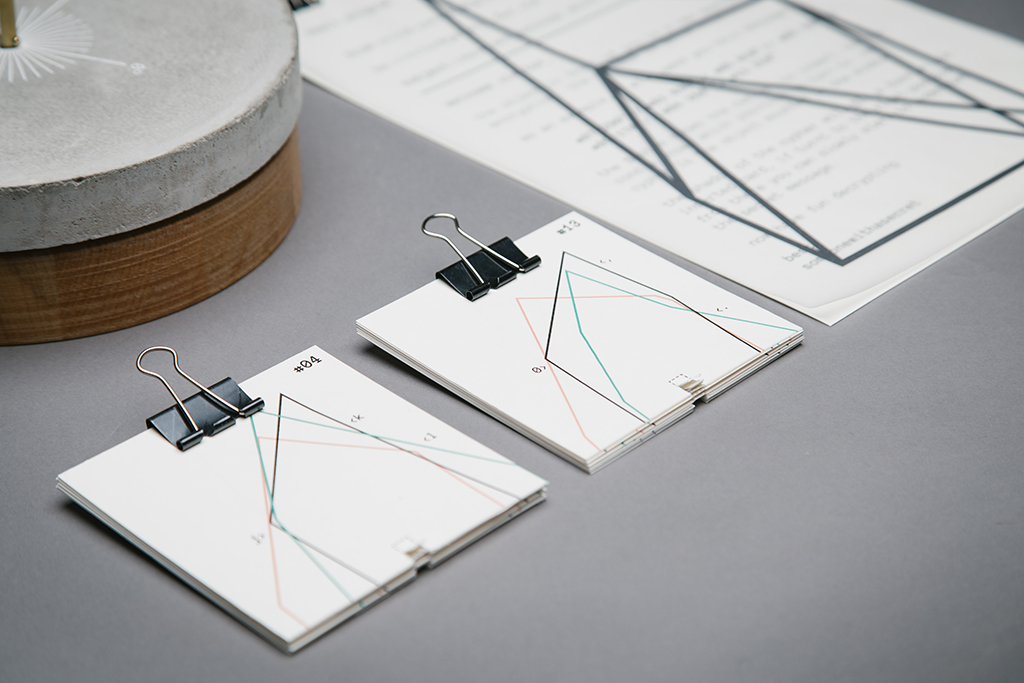 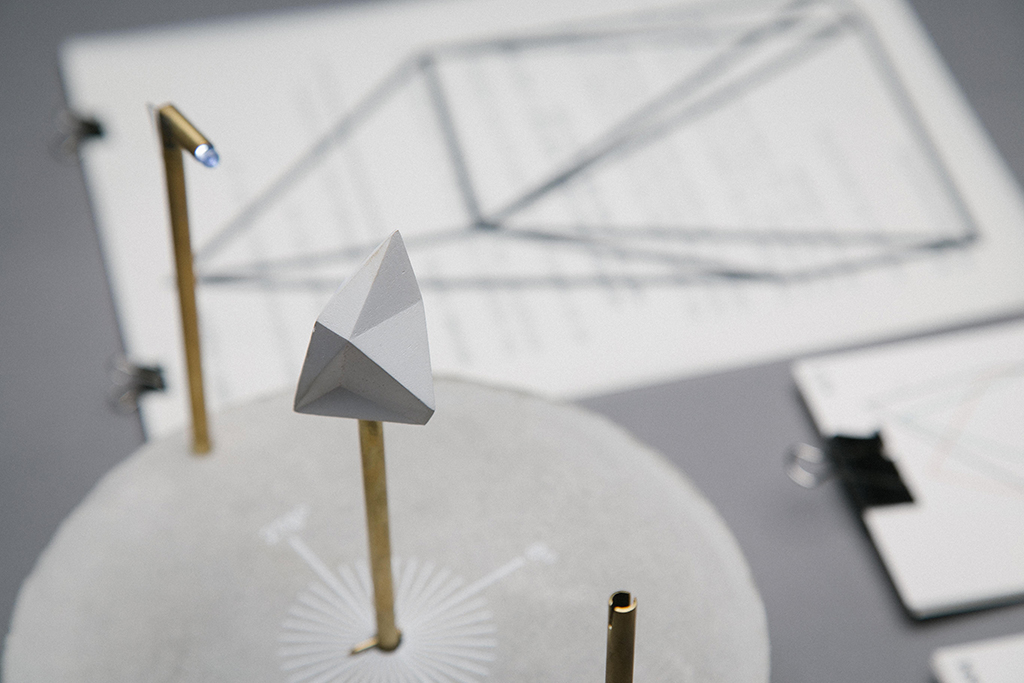