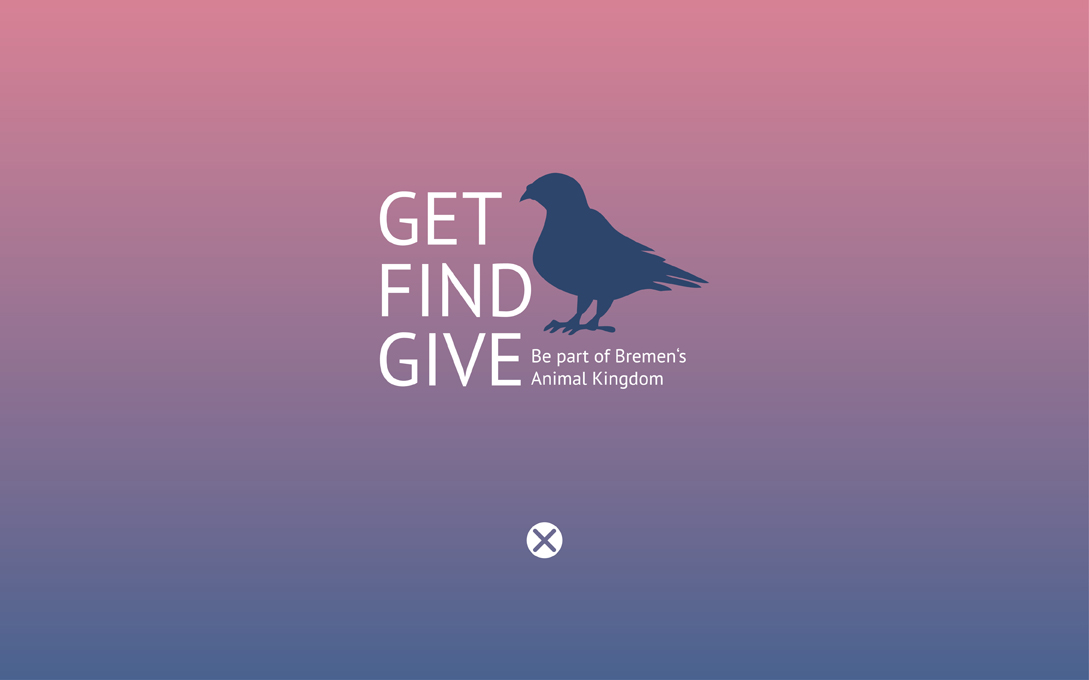 Small changes make a big difference. This is my hypothesis and I would like to show that it is possible to live in a better coexistence and circumstance with animals. I am collecting interesting yet sad facts about animals living in Bremen by finding animals, giving own experiences and getting more information. 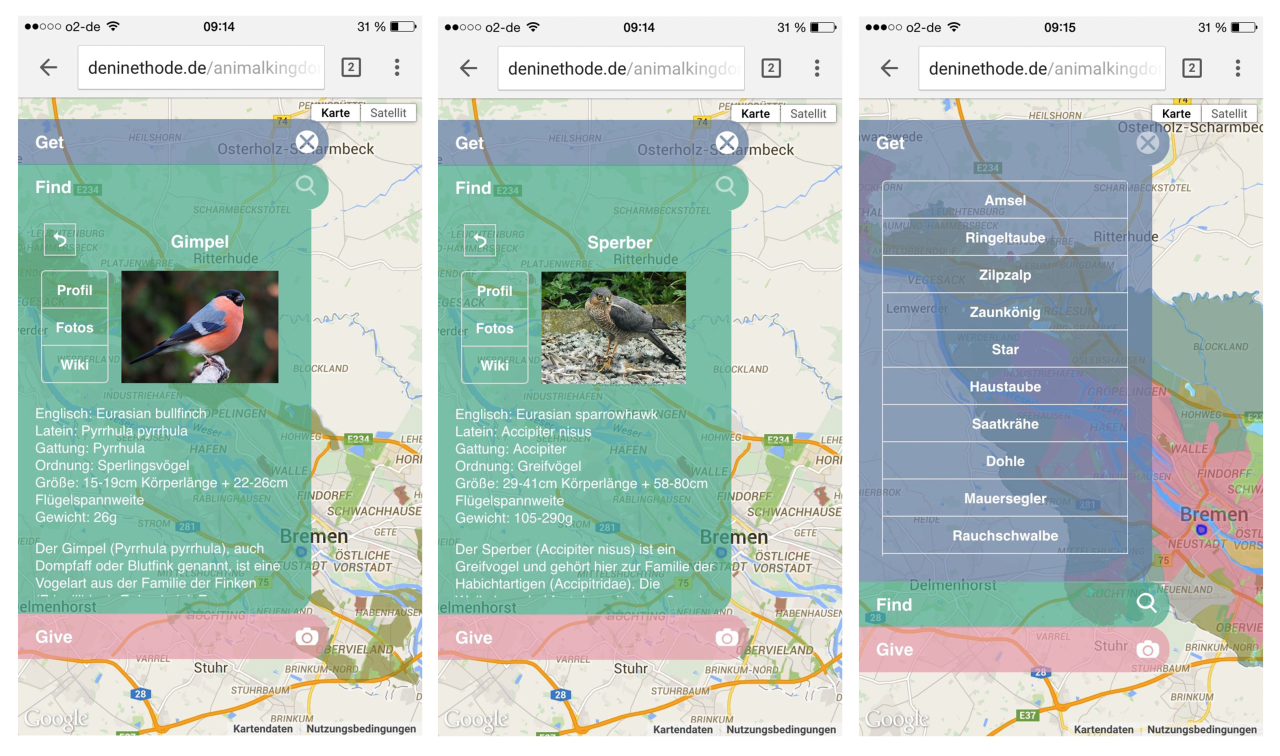 Since I already came into these situations several times, when I discovered different animals on my way home or somewhere else and did not know the name or anything else, I wished I would have an app on my smartphone which displays me the name exactly at this moment when I need it. This app will know which animals are to be found here in Bremen, both, in the large city crowds, as well as in our parks and natural areas or wherever the animal is seen. Sometimes I can not do anything with only the name of an animal. So I expect from the app to help me visually by pictures of animals – pictures of wikipedia to each animals and photos of users as well. In this case I think it is good to be able to feed the app with our own taken pictures which has to be shot geographically on the map, so it can be pinned on it correctly. A kind of evidence base is set, which shows us that the animal is found to 100% at this place. 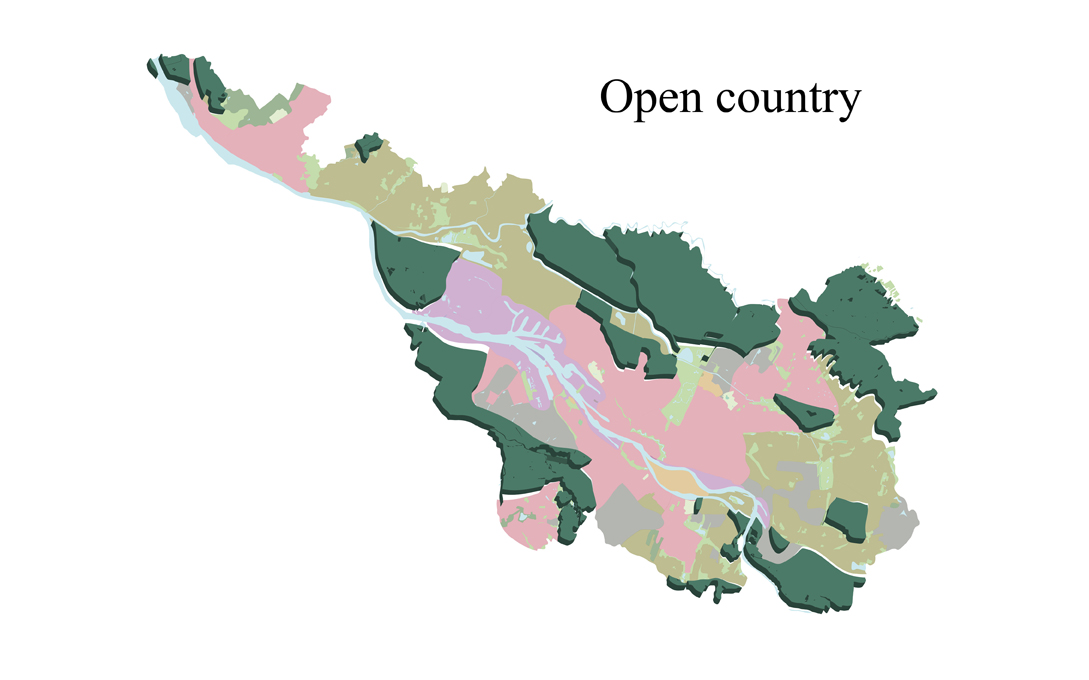 The main function and the recipe of everything was the map which should be separated in different habitats, for instance cemeteries, parks, residential areas, waters etc. displayed in different colors. This is useful to find and mark certain animals. It means that the user can fill the list and at the same time count all the animals he sees on the way.
Later on you can take your own picture of the animal and attach it to the map, which is on the one hand a proof that you really have seen this animal and on the other hand interesting to be part of the photo-map, which can be filled by every user. 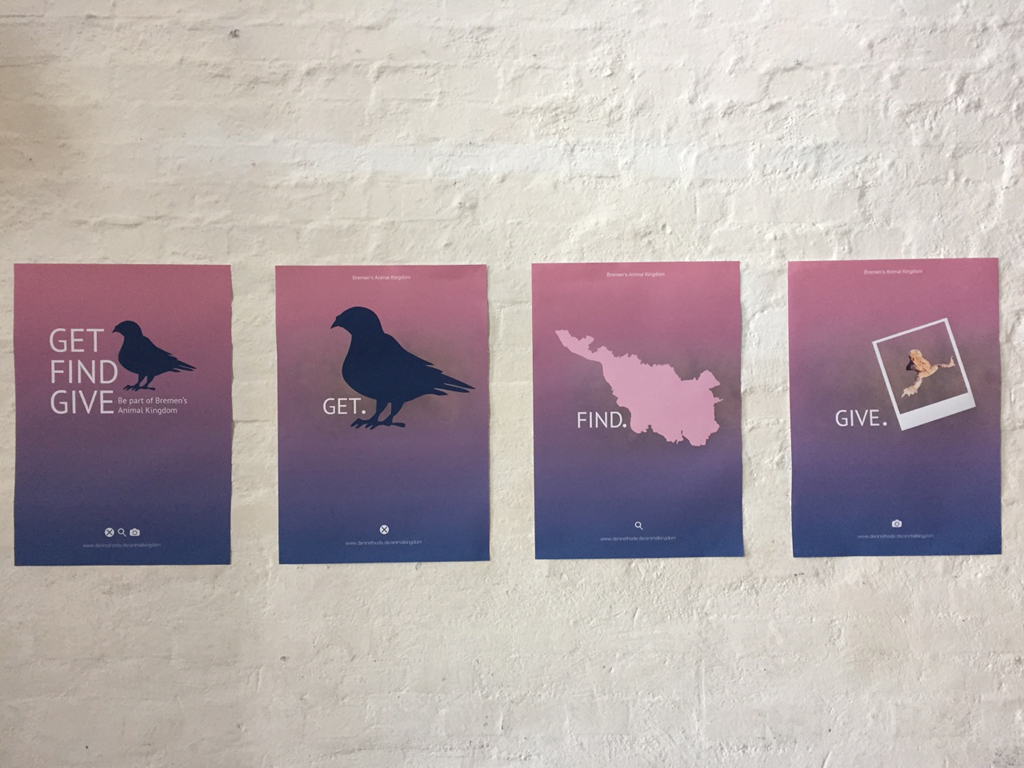 The whole project was inspired by all the animal welfare organizations such as NABU and sea shepards and most of the information I got from them and the ministry of the environment of Bremen. I enjoyed the project, unfortunately it’s not finished but still a dream.