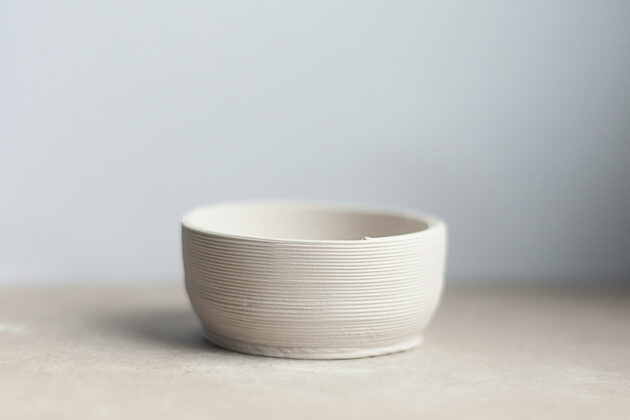 Becoming the Digital Craftsman examines in which way the process of creating ceramic goods with the means of digital fabrication is related to actual craftsmanship. By going through the process of building and working with a 3D printer for clay, learning about the material a skill set was formed for the purpose of digitally fabricating ceramics. By doing so working methods of craftsmen have been examined and applied to the production process of three object series. Each series extracts one method of manual labor and emphasizes it.

Pottery is an ancient craft that dates back to 25000 BC. All known cultures used clay to make ceramic goods from it. Several layers of clay coils were placed on top of one another and spread together in order to build up the walls of ceramic vessels. The innovation of the rotating pottery wheel came much later around 4000 BC. Centuries passed before throwing clay became a routine. First the activity of the hand had to become implicit knowledge.

To date, the material has lost little significance. Ceramic has a wide range of use – from classic tableware to technically sophisticated products. Ceramic is extremely versatile, yet limited due to its physical properties. It is fragile in the form of porcelain, however used to produce robust and durable industrial coatings.

Clay is a sustainable, natural material with a certain primitive character that can be reinvented by the digital fabrication process. This leads to a contrast between the craftsman and the digital machine.

This work examines the production process of ceramics using digital manufacturing processes. As a result, a 3D clay printer was built and with its help three series of objects were produced, which were modified by working methods of craftsmanship.

In addition to the production of the workpieces, the work is accompanied by an iterative development process of the machine itself and the associated investigation of digital production. For this it was necessary to get to know and understand the technology and the material in order to be able to combine this knowledge with one another. The digital craftsman is the mediator of analog and digital.

The 3D printer is seen as a machine that turns everyone into a maker. The fabrication process promises to be fast, effective and practically limitless and always delivers consistent results. Craftsmanship, on the other hand, is characterized by variation, slight defects and irregularities that arise when working by hand and becomes an expression of individuality. 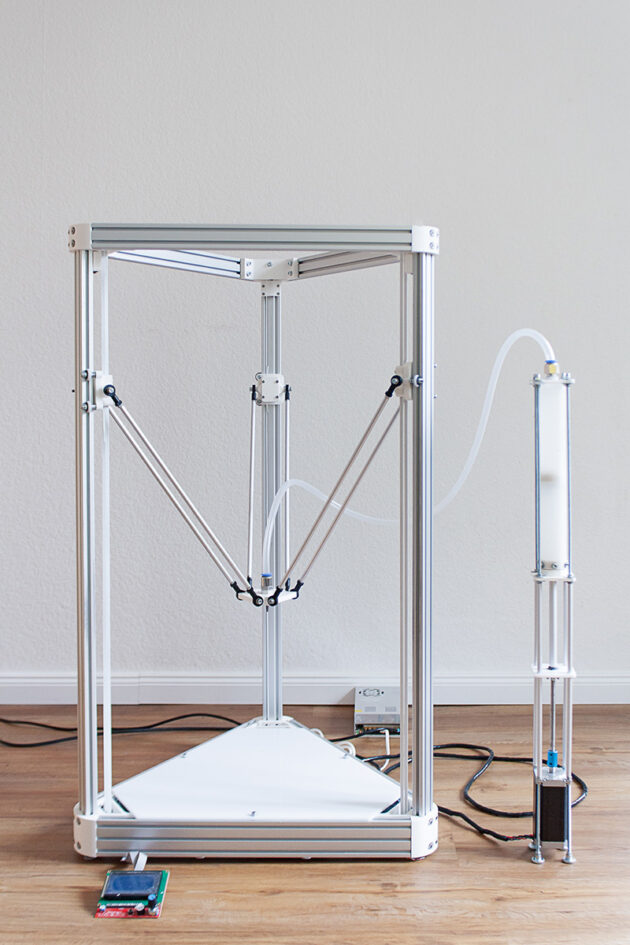 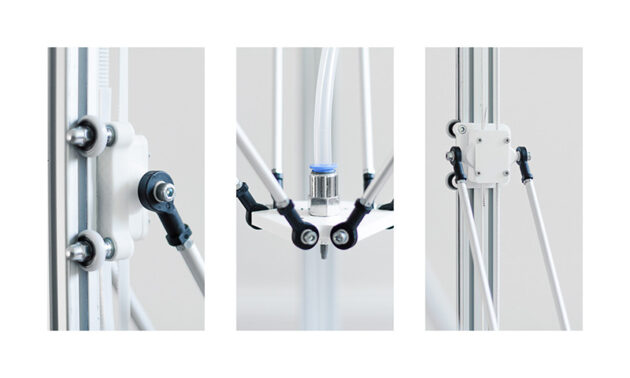 Artists are always pressured to claim originality for their work. Originality makes the difference between artist and craftsman. The artisan follows an anonymous, collective practice, while the artist constantly strives to create something new, unique or outstanding.

Around 800 BC the artisan became the artist and ceramic products increasingly more complex. They no longer served mere usefulness, but were painted and decorated.

The digital manufacturing process is much more related to traditional crafts than initially thought. A constantly repeating process of designing, creating and improving is necessary to optimize the quality of the printed products and to develop an understanding of technology and material.

The Iterations series has its origin in traditional craftsmanship. The principle to repeat something again and again in order to get better at it and to learn and internalize the moves.
Although the same 3D model was printed, the results were never the same, even though the premise of 3D printing is to achieve universally identical objects. Potters never create perfect, identical workpieces, that is why this series embraces the beauty of small irregularities and imperfections which make each piece unique.
Variable slicer settings make the final result appear differently each time depending on the volume of the extruded material as well as layer height and printing speeds. 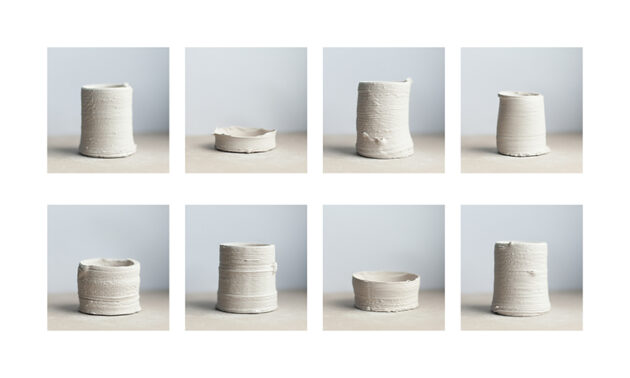 A potter makes a ceramic vessel on the potter‘s wheel, he first pulls up the walls of a cylindrical body and then presses and pushes the material with his hands into the shape of a vase, bowl or cup. He proceeds slowly and gradually to change the clay so that it does not break.
Metamorphosis is a series of objects that change incrementally. The original form is always a cylinder, which is then changed step by step. 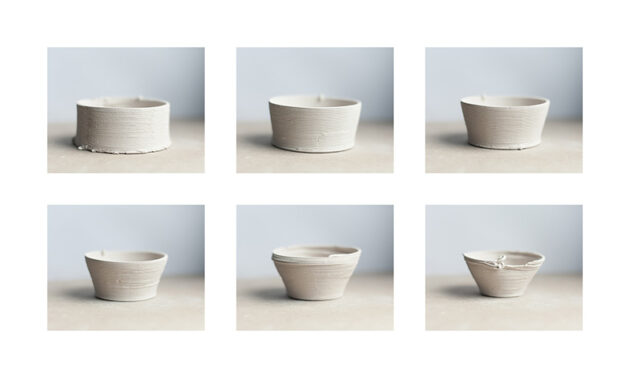 The Collaborations series is inspired by Andrea Salvatori and WASP‘s „Ikebana Rock‘n‘Roll‘ a series of 3D printed vases with spherical inserts. Ikebana is the Japanese art of flower arrangements.
By inserting the spheres, the printing process is disturbed and manipulated. The limits of the machine are tested with the aim of interrupting the digital manufacturing process and achieving a symbiosis between digital and manual work.
The intervention of the human hand in the printing process makes the digitally made pieces unique. 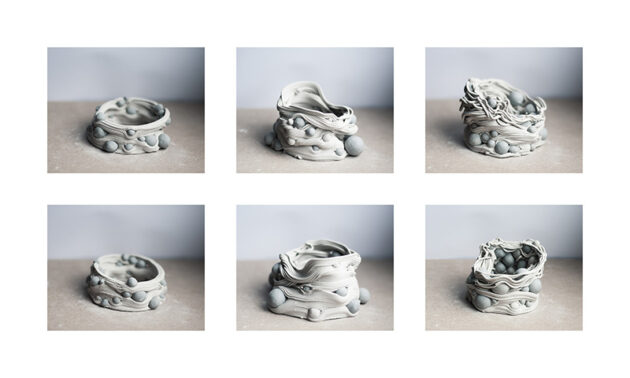 In addition to the intended object series, accidents have emerged. Their nature is due to incorrect settings, unsuitable or incorrectly prepared materials, technical defects or dropouts. 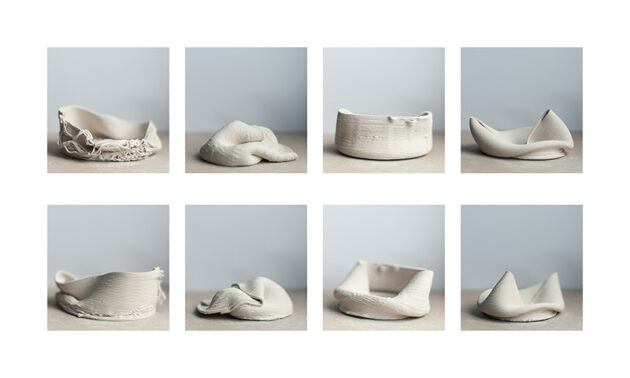 3D printing is a digital approach to pottery that does not compete with traditional methods but is rather a new tool. The digital procedure is reminiscent of the traditional coiling technique and opens up a wide range of possibilities: new shapes can be designed that would not be possible on a potter’s wheel, as the symmetrical process of throwing clay restricts the shape of the objects.

Although the printing process is digital, a lot of knowledge about the technical possibilities of the printer and the material is required. This knowledge can only be obtained by repeating processes, practicing the trade and optimizing the tool. In addition, a broad knowledge of clay and ceramics is an advantage, which must be used in the production before and after the printing process. Traditional methods such as firing and glazing continue to be used, especially after printing. 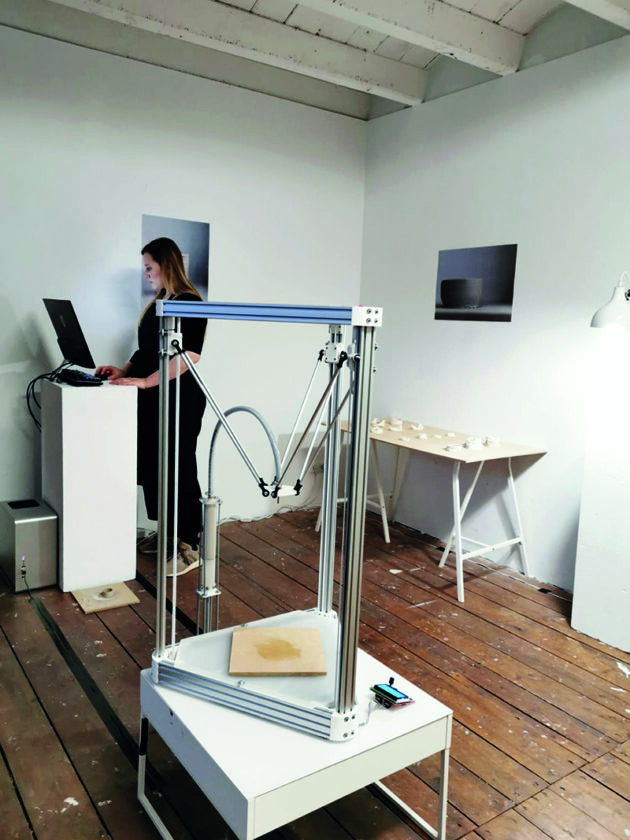 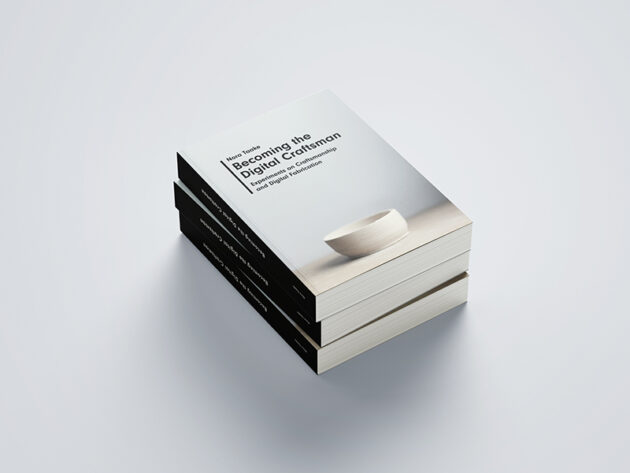 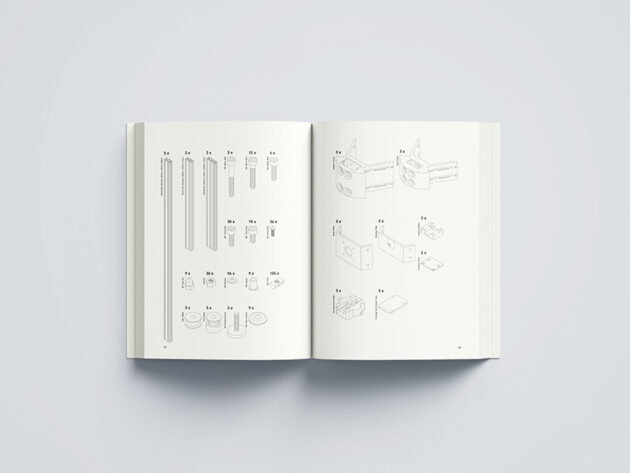