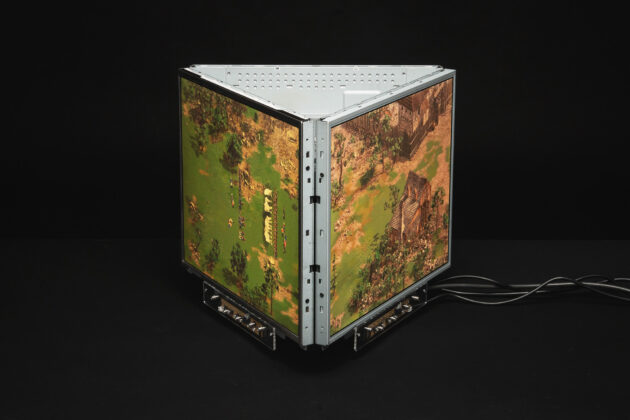 American Conquest is a video installation consisting of three monitors arranged in a triangle, pointing outwards. The monitors depict a scenery from the real-time strategy game American Conquest – Fight Back, which revolves around the conquest and defense of the new world.
Characters leaving the right frame of a monitor enter the next monitor’s image on its left side, making the environment non-euclidean and infinite in its horizontal dimension. 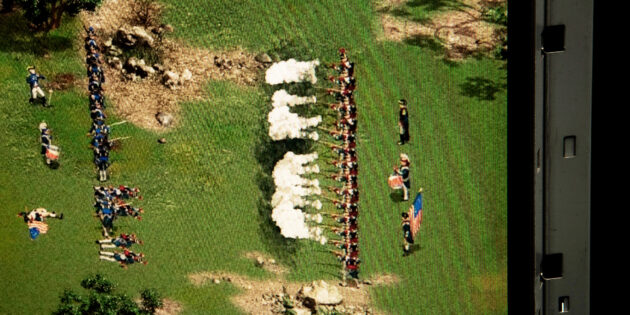 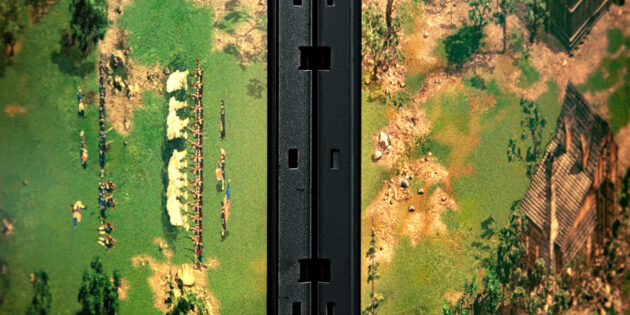