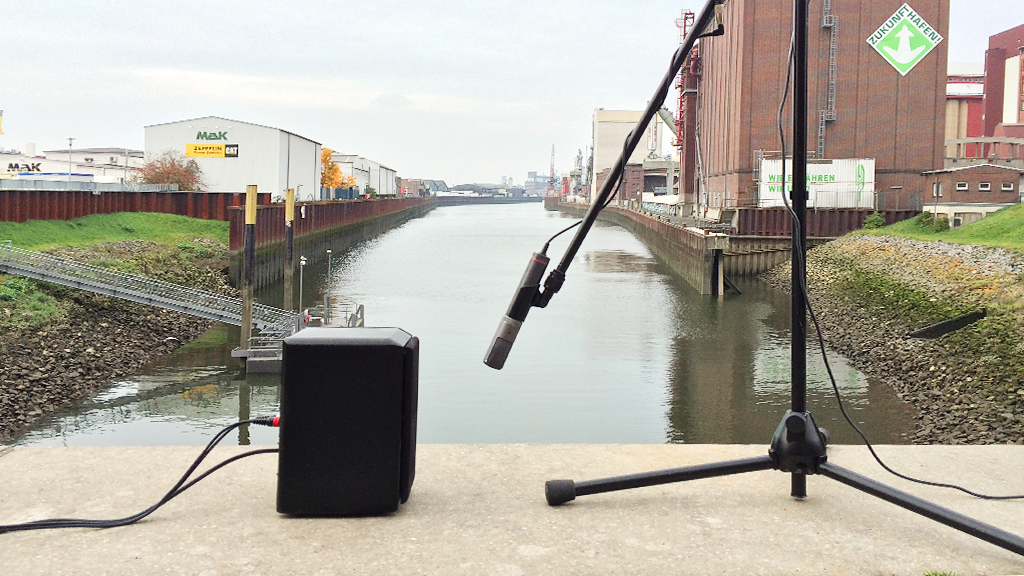 ‘A Fold’ is an iterative feedback system among a loudspeaker, a microphone and a soundscape. A PD software records the last 3s of sound captured by the microphone, and plays it to the loudspeaker. Analogically, the microphone combines the re-played audio with the current soundscape of the site, thus re-feeding the loop. The installation was performed in two different sites. One, indoors (HfK Bremen); the other, outdoors (Überseestadt). They were recorded with an external microphone, minor post-edited. 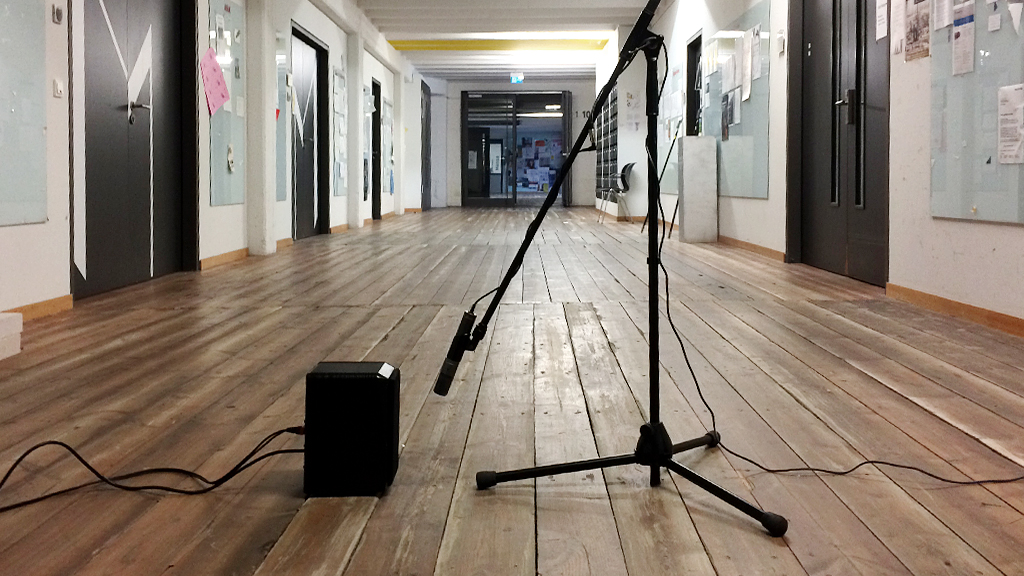 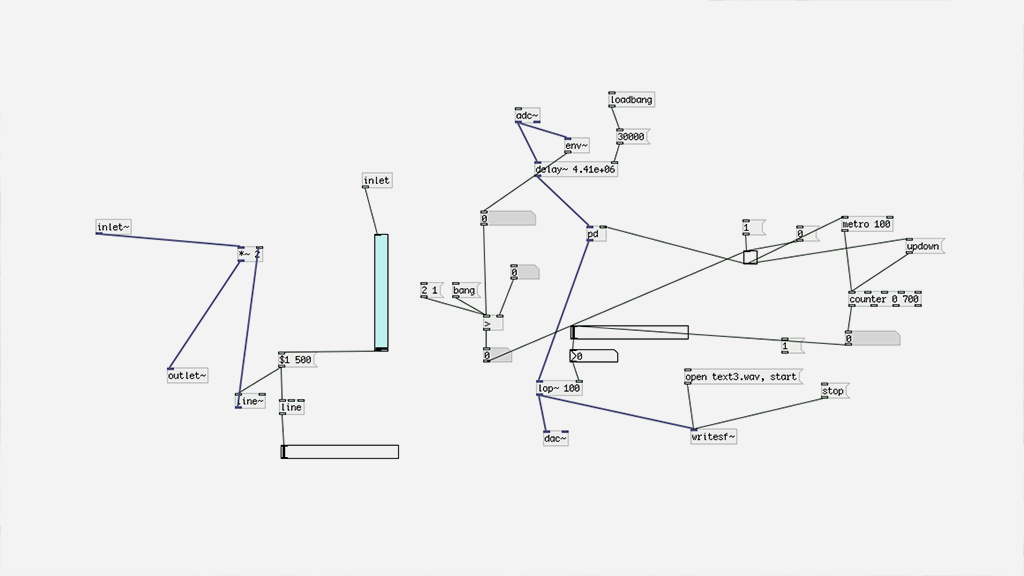 Inspired by the work ‘I Am Sitting in a Room’ from the composer Alvin Lucier, as well as the ontology of vibrational force from Steve Goodman, the experiment sets a system that seeks to unveil potential resonant vibrations of a soundscape, by folding the very same sounds of a given place into themselves. As the work is installed, it constantly loops and adds new sounds as they happen. Due to the acoustic qualities of the space, the loudspeaker, and the microphone itself, a resonant body of frequencies emerge as the system goes. The in-site serendipity plays an important role through time, as the past and current soundscapes overlap by a spam of seconds, making certain vibrations endure over time more than others.