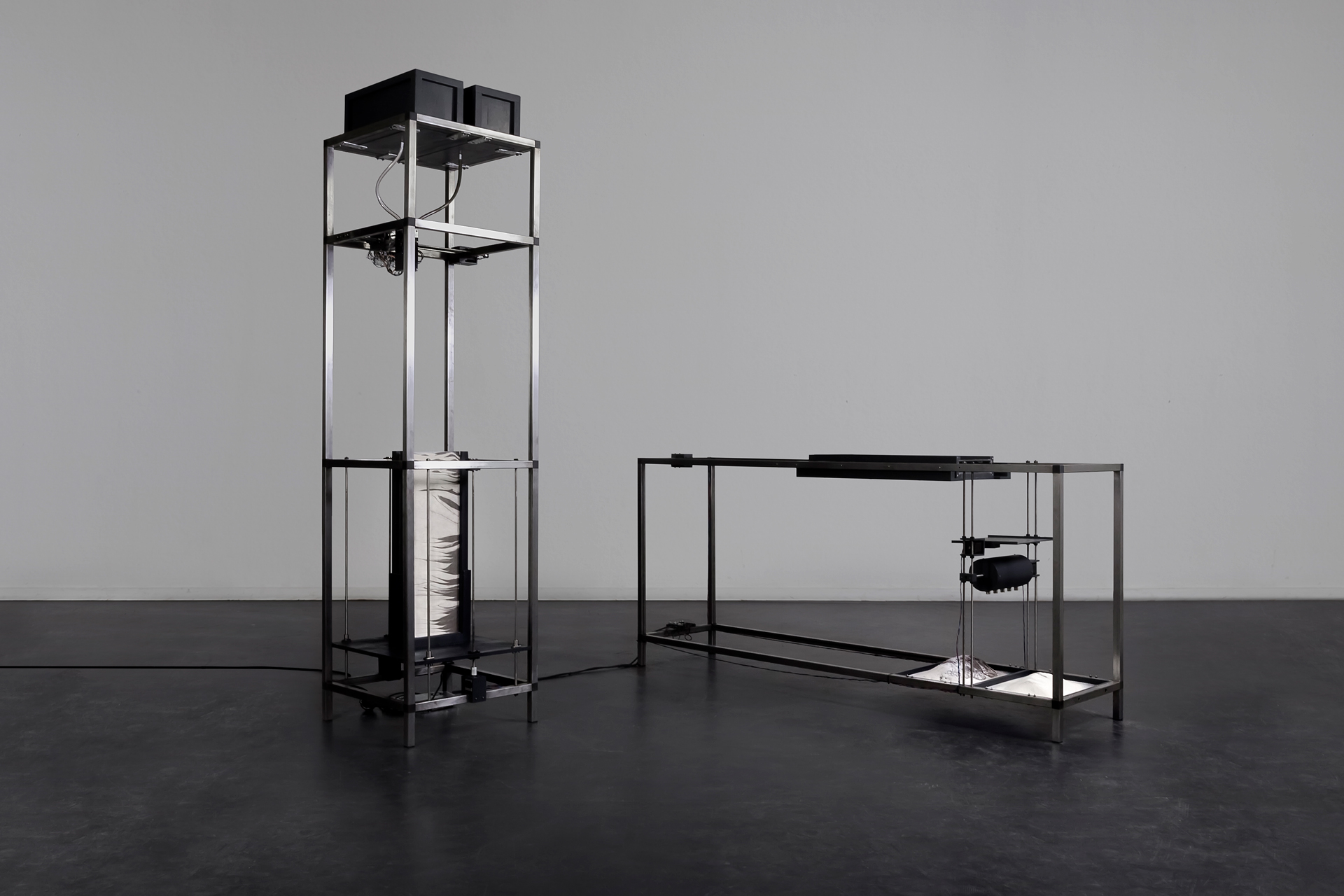 A Habitat of Recognition enacts an infrastructural imaginary where an ore of granule particles (silica and iron) is written and read as a granular record. The imaginary consists of a coupled machine that reads the ore by performing its erosion and magnetic sorting layer by layer, while simultaneously writing the ore by depositing its residue sediments linearly according to the measured values. The infrastructure depends upon the manual labor of exchanging what was read as an ore with what is written as one, and what was written as an ore with what is read as one in order for the process to continue. The recognition of the ore as a record paradoxically requires its dismantling, and its new writing is prone to the resilience of its residues, entangled labor, and discrete measured values. The ore and the record alter iteratively upon each cycle, thus exhibiting the agencies of matter itself and how it entangles with information.

The work explores a new digital materialism that relies upon the intra-active tensions between the distinction and convergence of matter as its core fundamental aspect. On the one hand, it enacts an infrastructure of mineral processing that happens at outsourced mining sites that support contemporary technology, thus incorporating infrastructures within the ontology of technological devices; on the other hand, it re-imagines such infrastructures as habitats of reading and writing Earth and its landscapes as digital ores of residue and value. On a habitat where humans, digital machines and matter concretely encounter, technological black-boxes are unpacked, residual landscapes acquire agency, ores become records of habitual recognition, and means for a withdraw from an economy of thought.

The reading of the ore and writing of the record is performed by extracting from the ore layer by layer abstract discrete values according on weight. It incorporates a mechanism for filtering matter into binaries by separating granules magnetically. An ore is manually put on top of the machine, and opened. The machine then pushes it by one side causing the mixed particles to fall slowly to the other. As soon as the particles fall, a sorting plate and a magnet interface begins its sorting. On the one side, predominantly non-magnetic particles (white granules) fall; on the other, mainly magnetic particles (grey granules) remains and eventually is sedimented on another composite. The sorting mechanism resembles the processes that occur on the sorting of vast landscapes into mineral ores. On the one hand, the reading mechanism sediments into two composite residues acting as records of their intra-action; on the other hand, it produces a discrete record of the read ore as well as the means for its new writing. 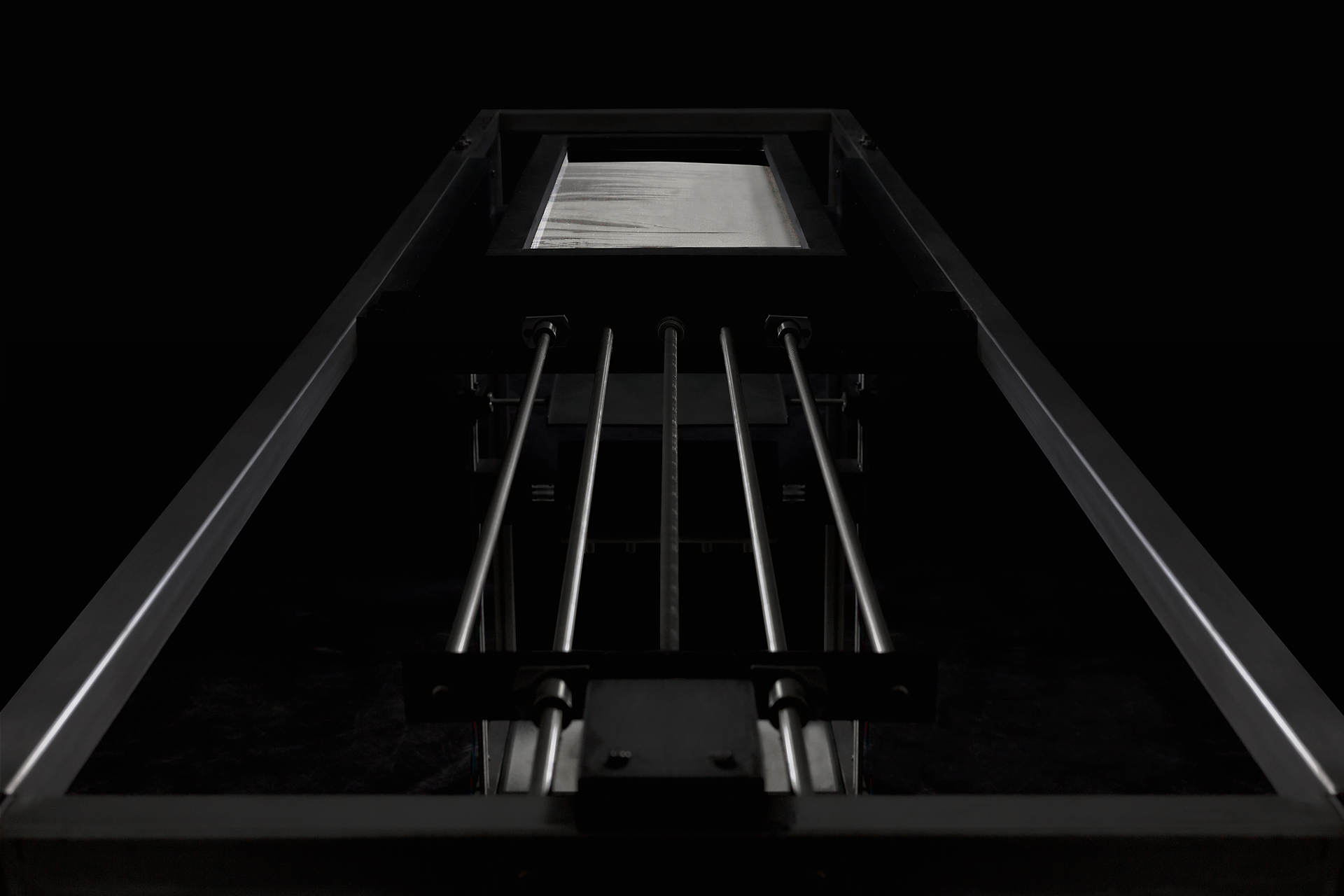 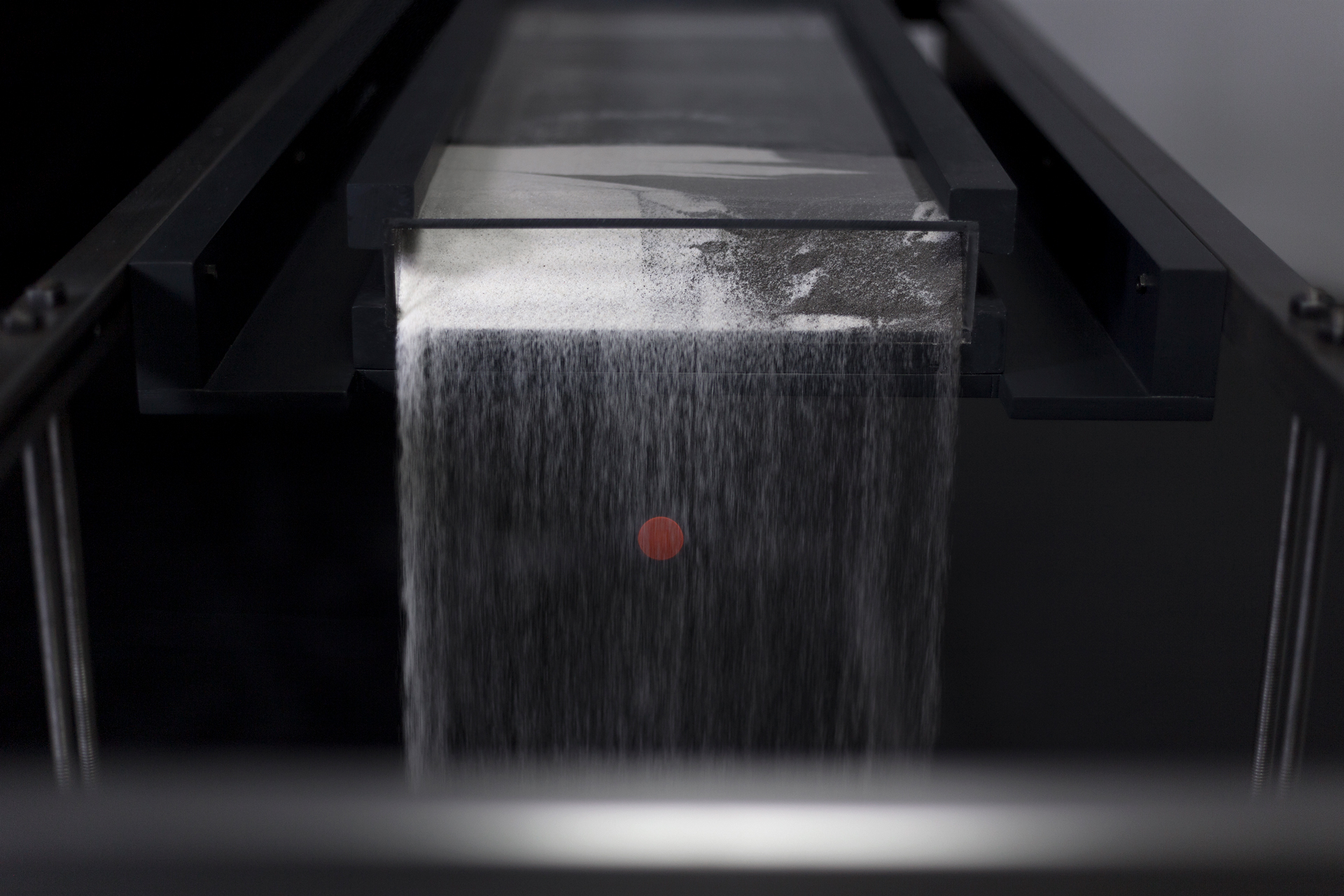 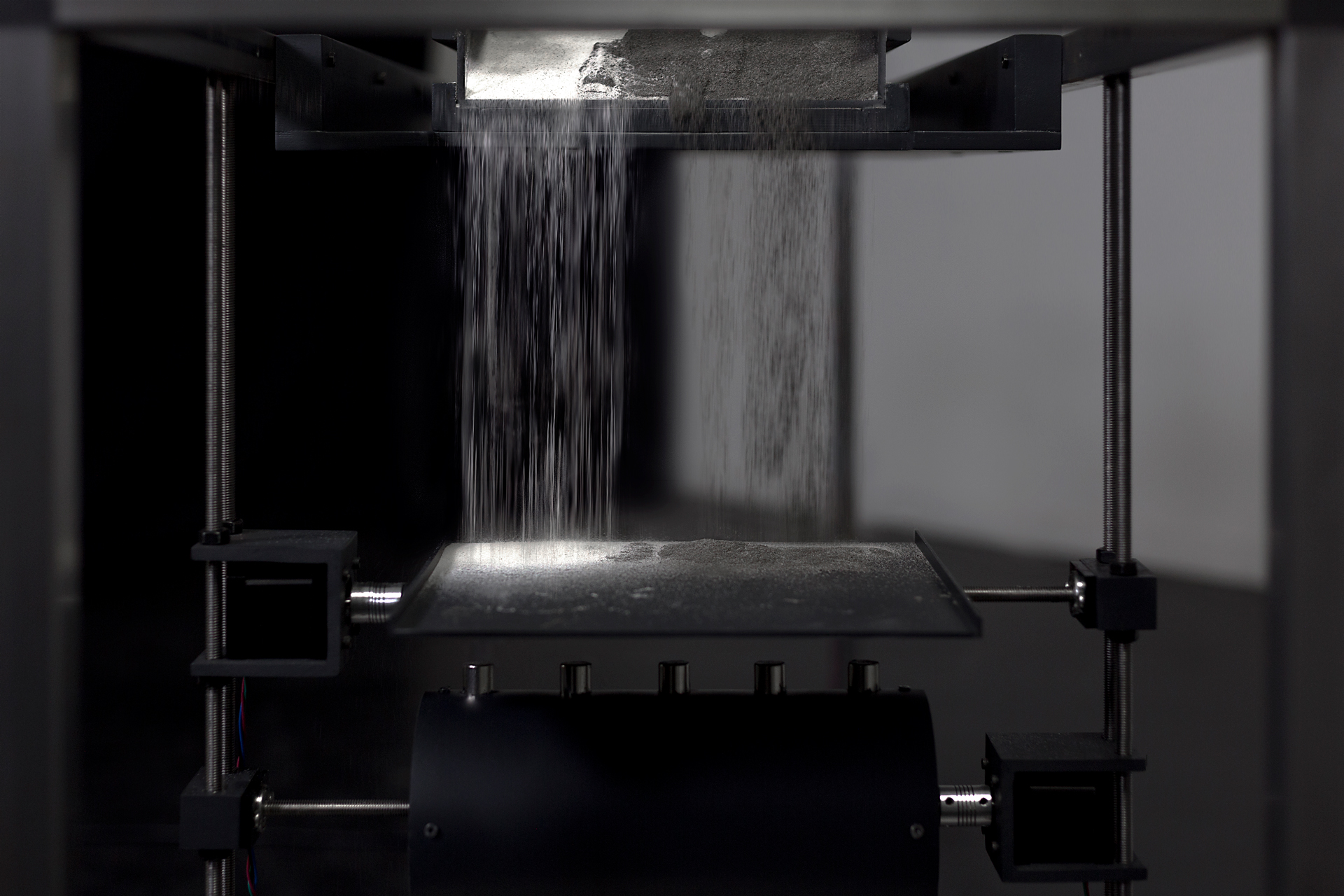 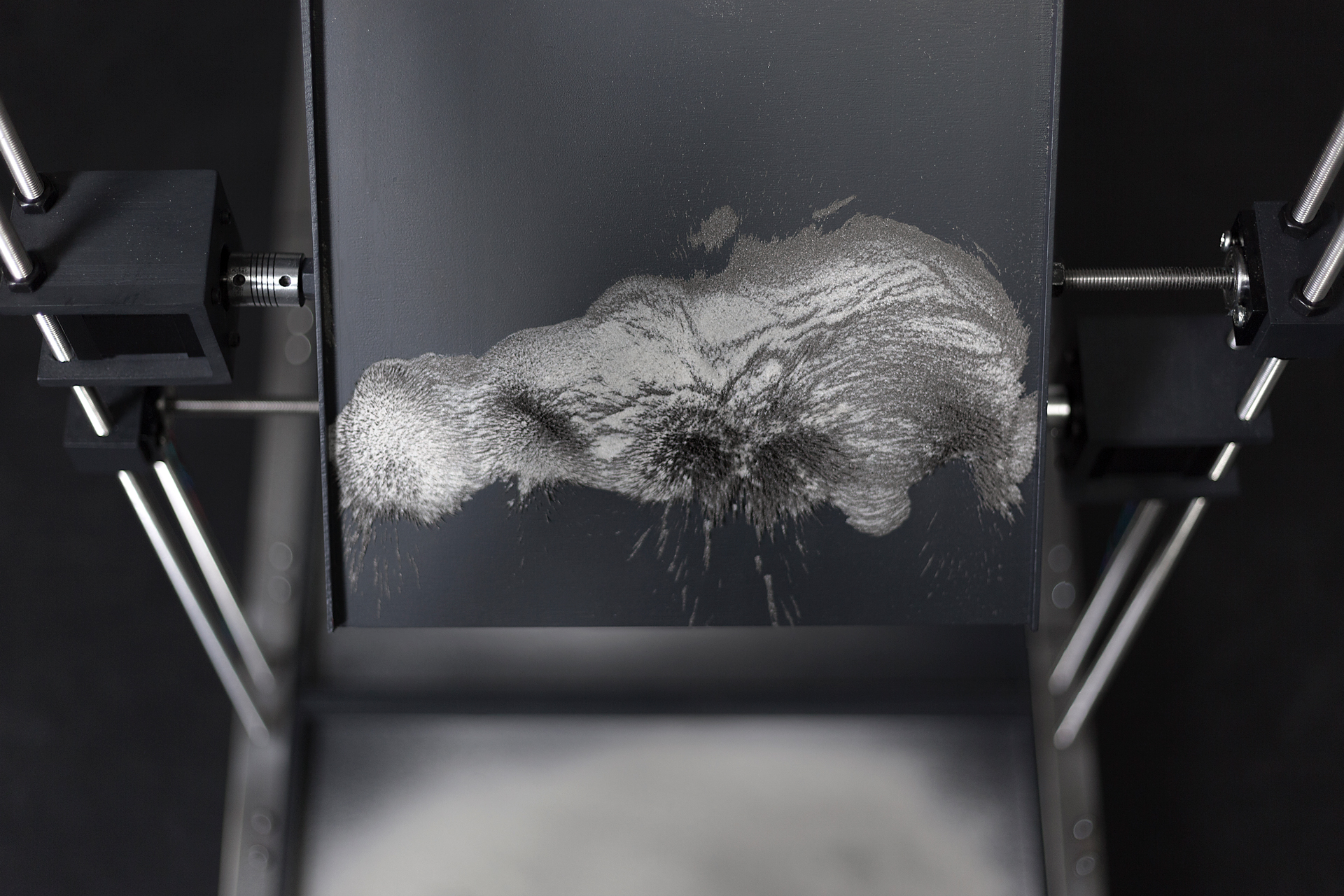 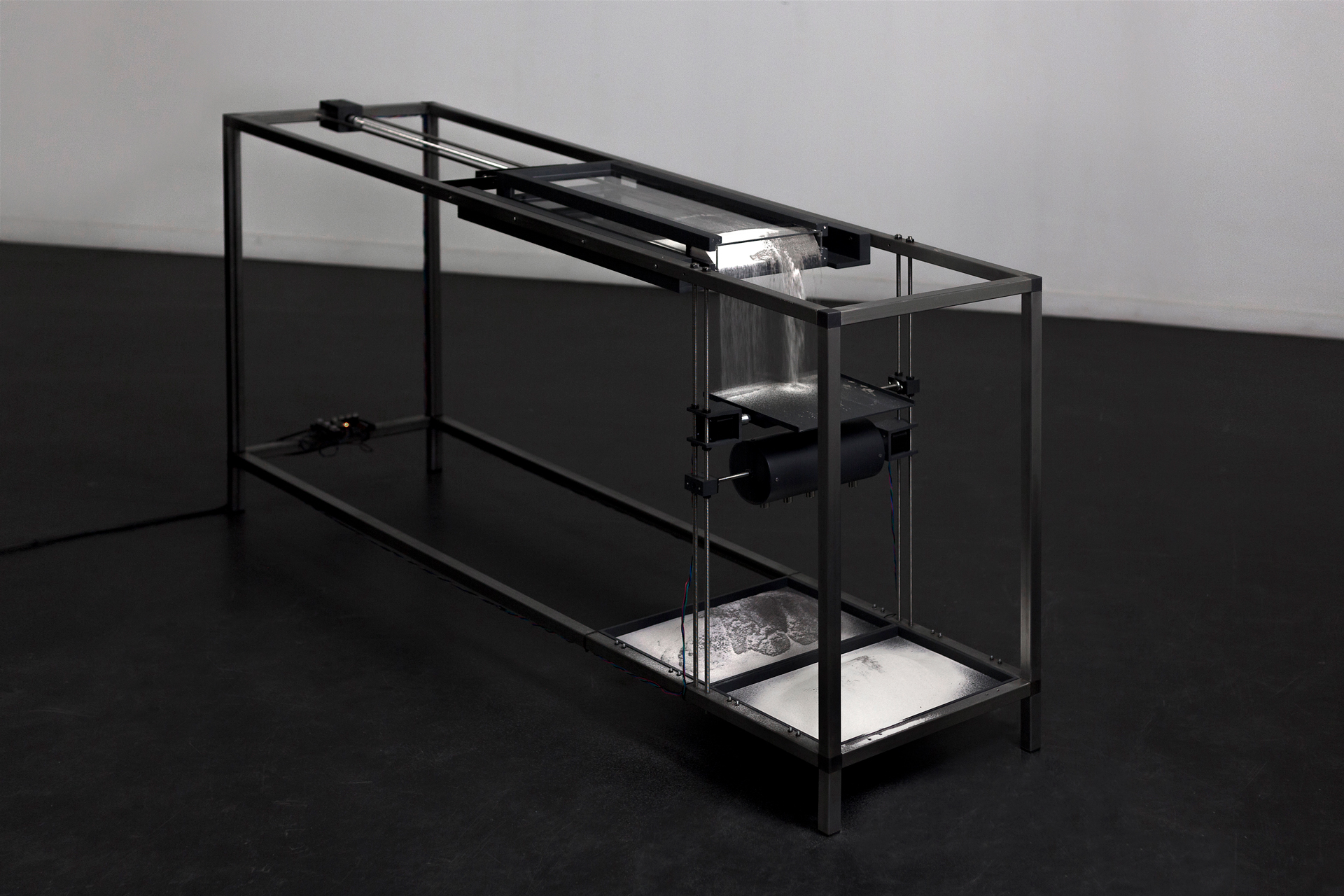 The writing of the ore is achieved by the reading of the record and the sedimenting of its residues. An empty ore is manually assembled on the machine’s center, and the two types of particle are slowly dropped within it according to the simultaneous reading of a completed ore. As the empty ore is filled with particles, the appearance of the nuances and changes between what is read and what is written arise from the material assembly within the ore, where the ordered mechanism of the machine on reading the discrete values and translating it into movement is put into tension with the residues imputed as source composites. The written ore is later exchanged with the read one via manual labor, where what is read becomes written, and what is written becomes read. 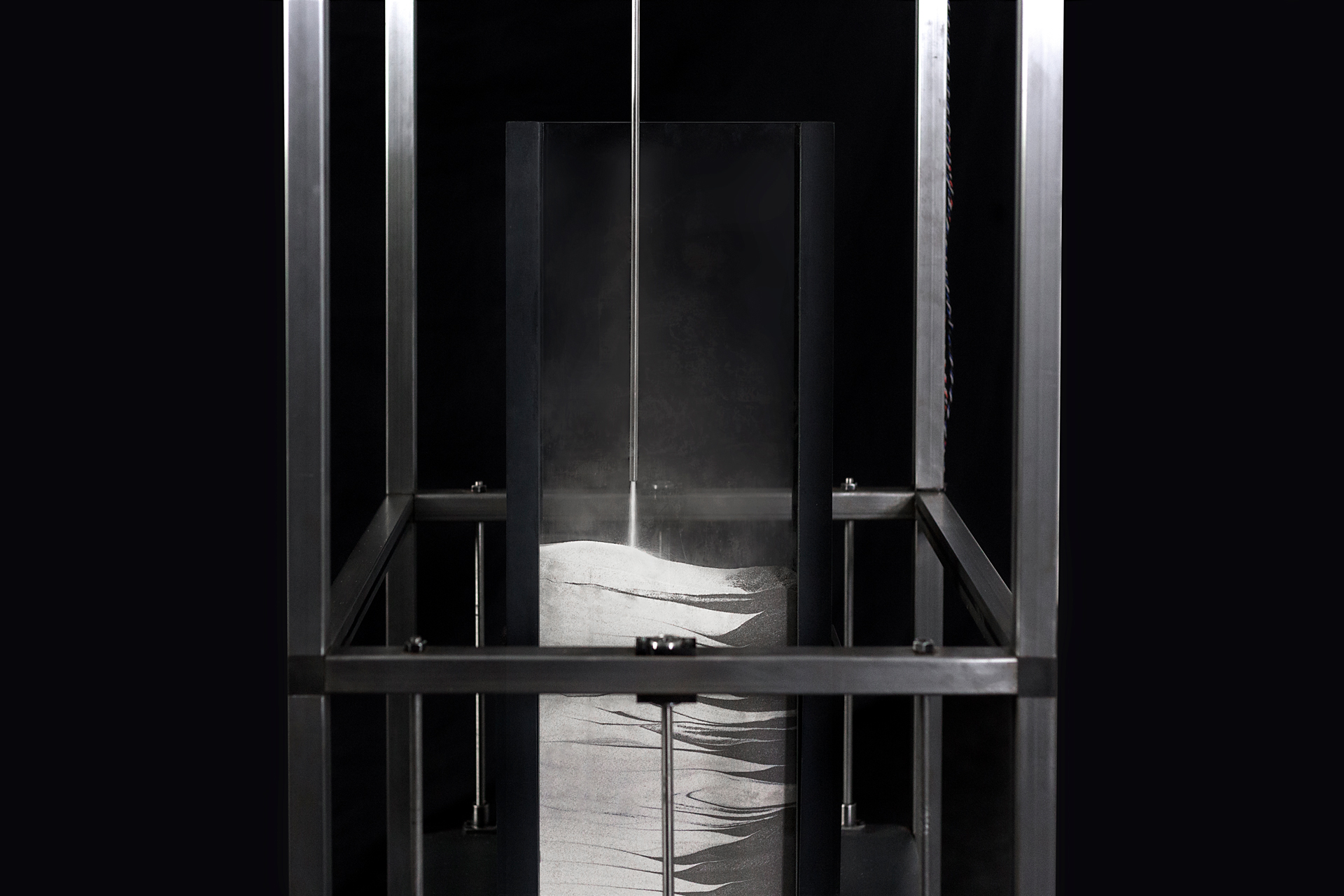 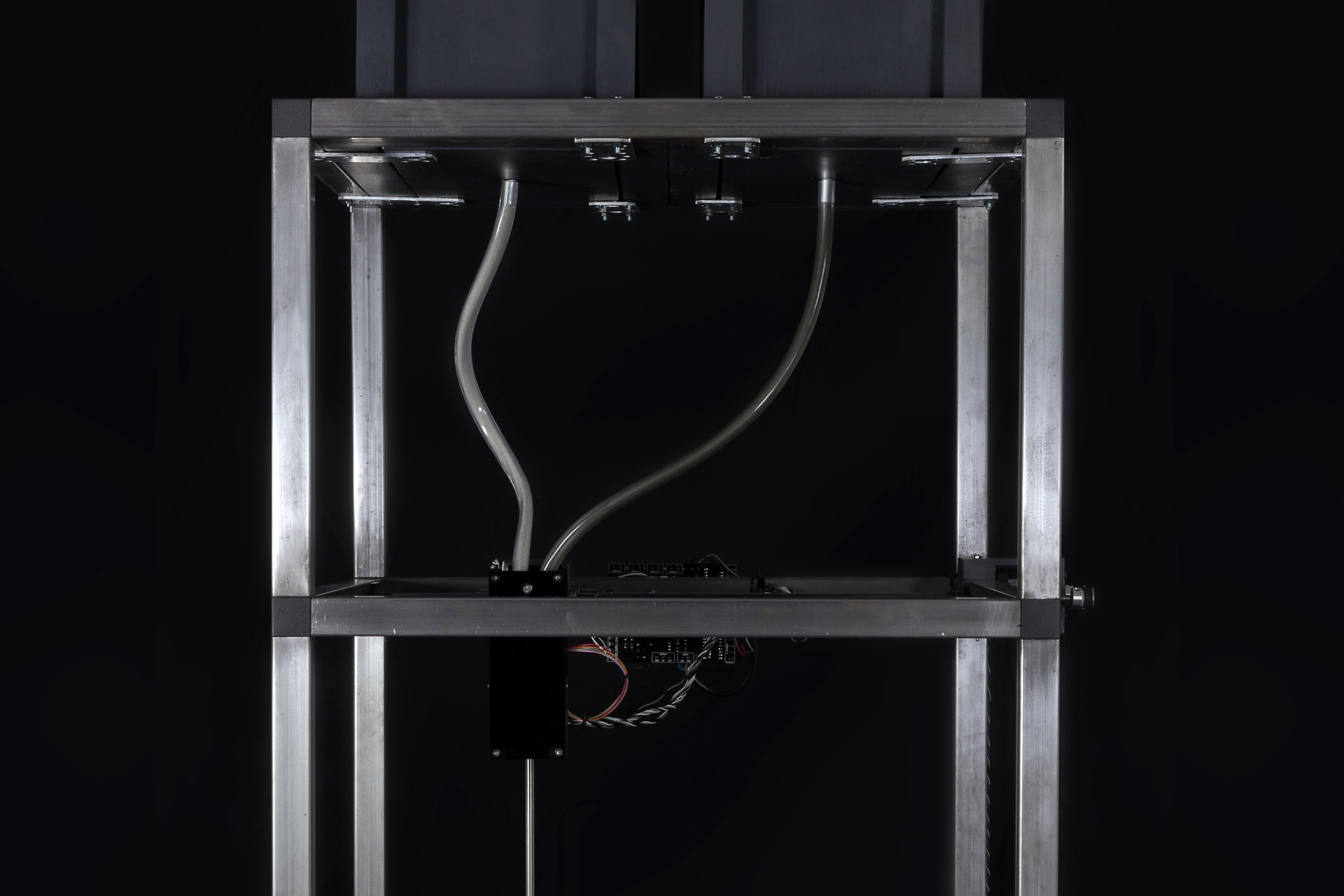 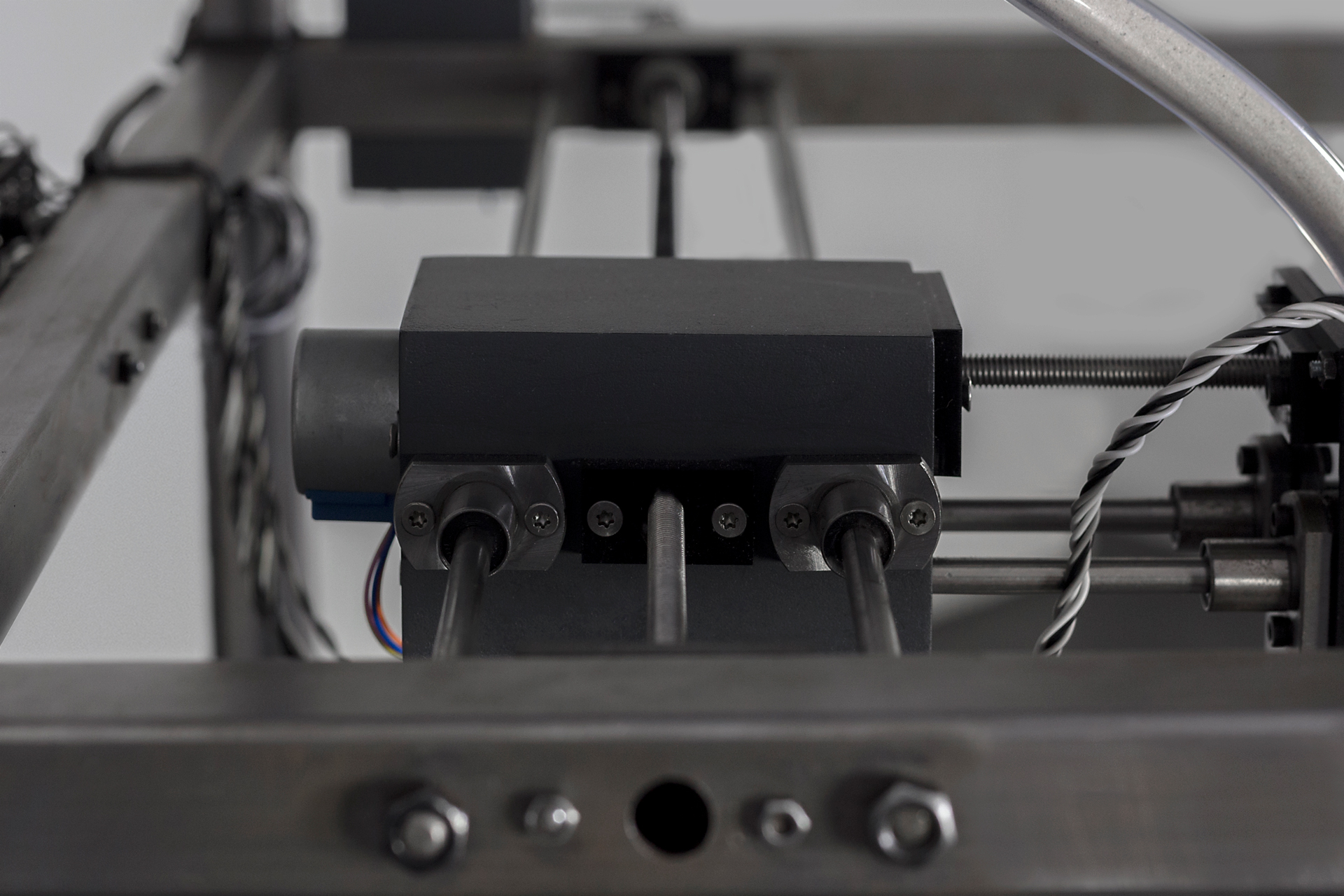 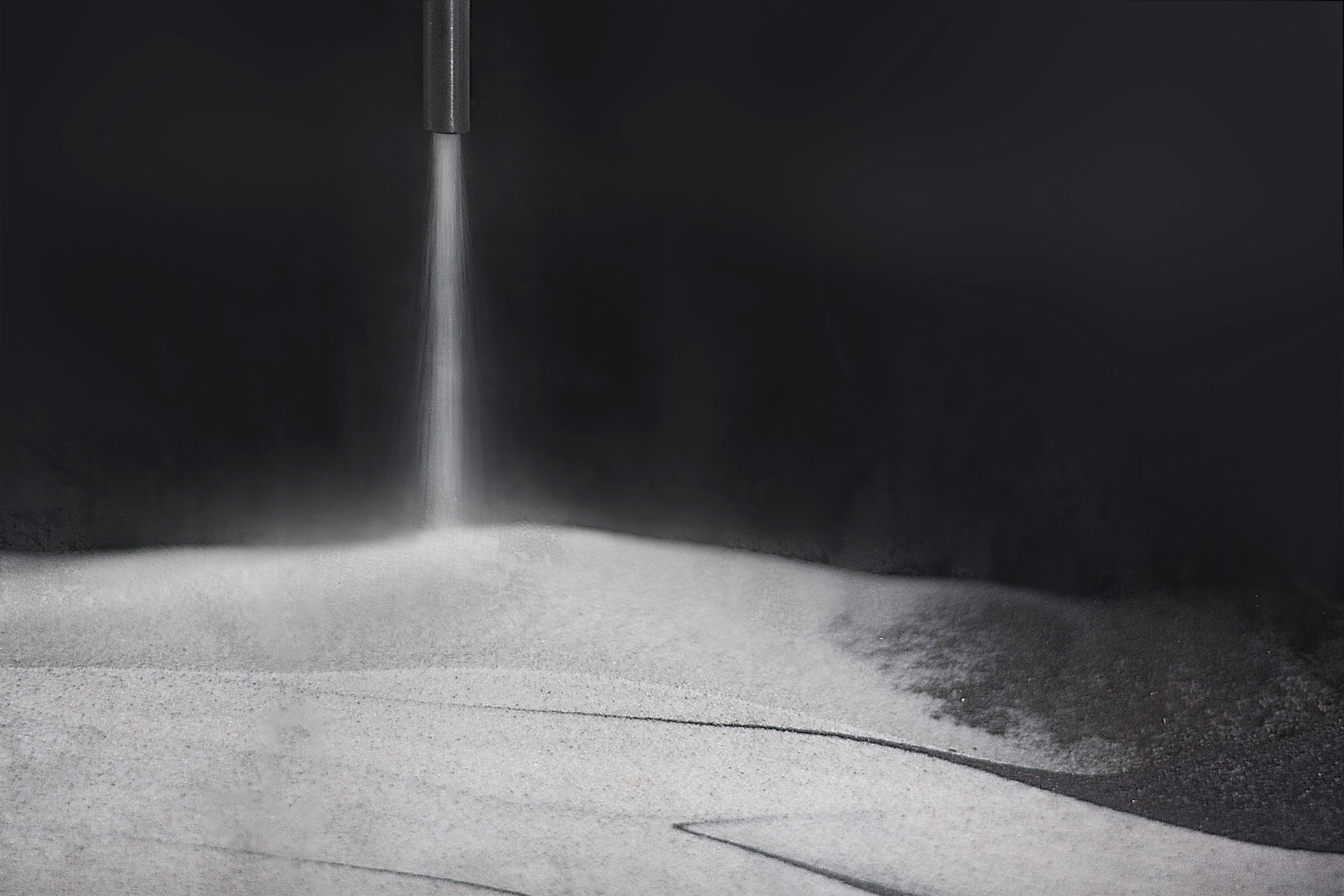 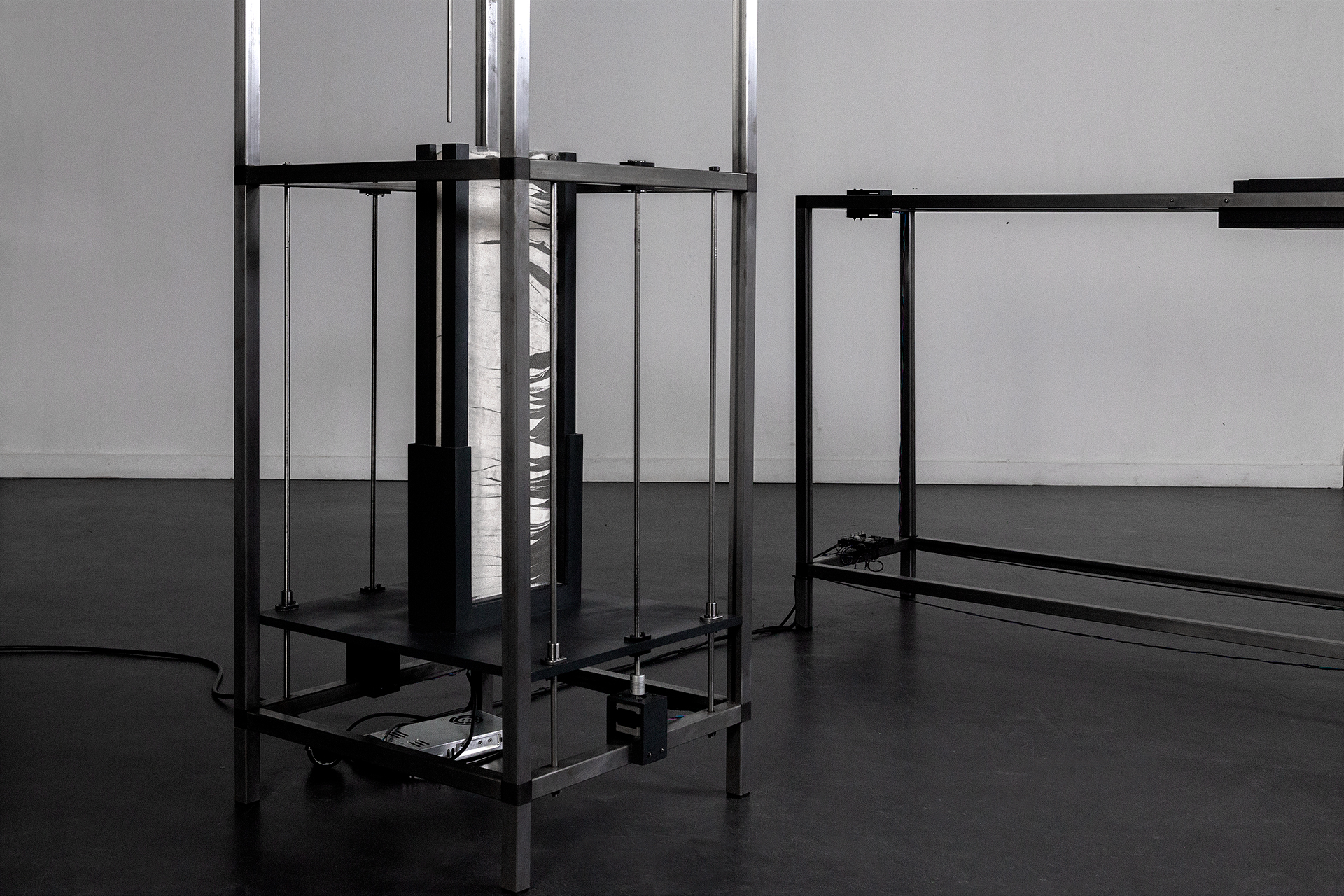 The ore and its residue expose the tensions between distinction and convergence. Via the recognition of the ore, both value and residue are produced for an economy of thought. The ore, exhibiting predominantly the distinction of value, cannot escape the agency of the residue. Whereas the residue, cannot escape the taming of the ore. The ore as enclosed data-cartridge, the residue as potential data-landscape. On a habitat when both encounter their infrastructural loops, the agencies of distinction and the agencies of convergence both entangle upon the same record by a labor of recognition. 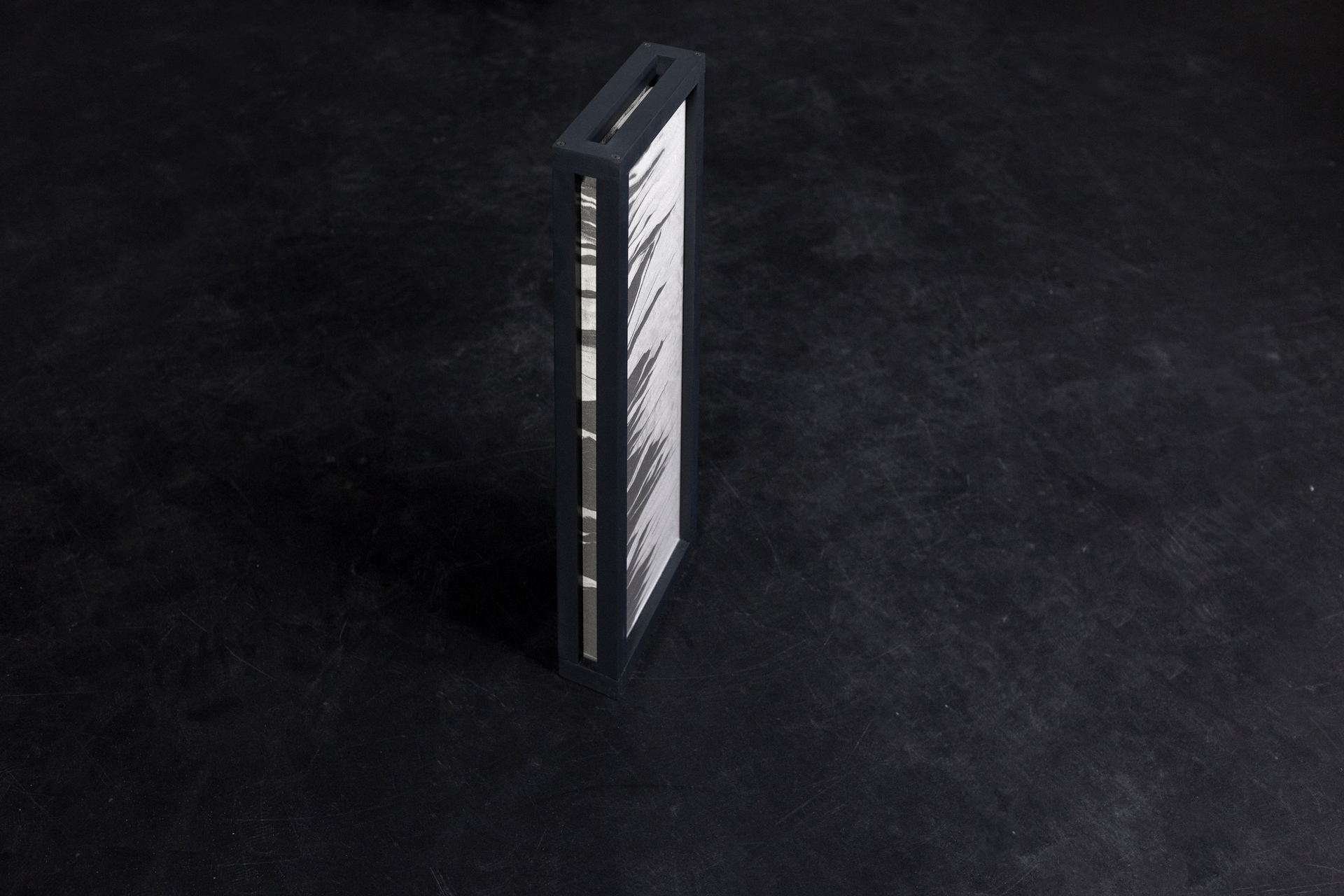 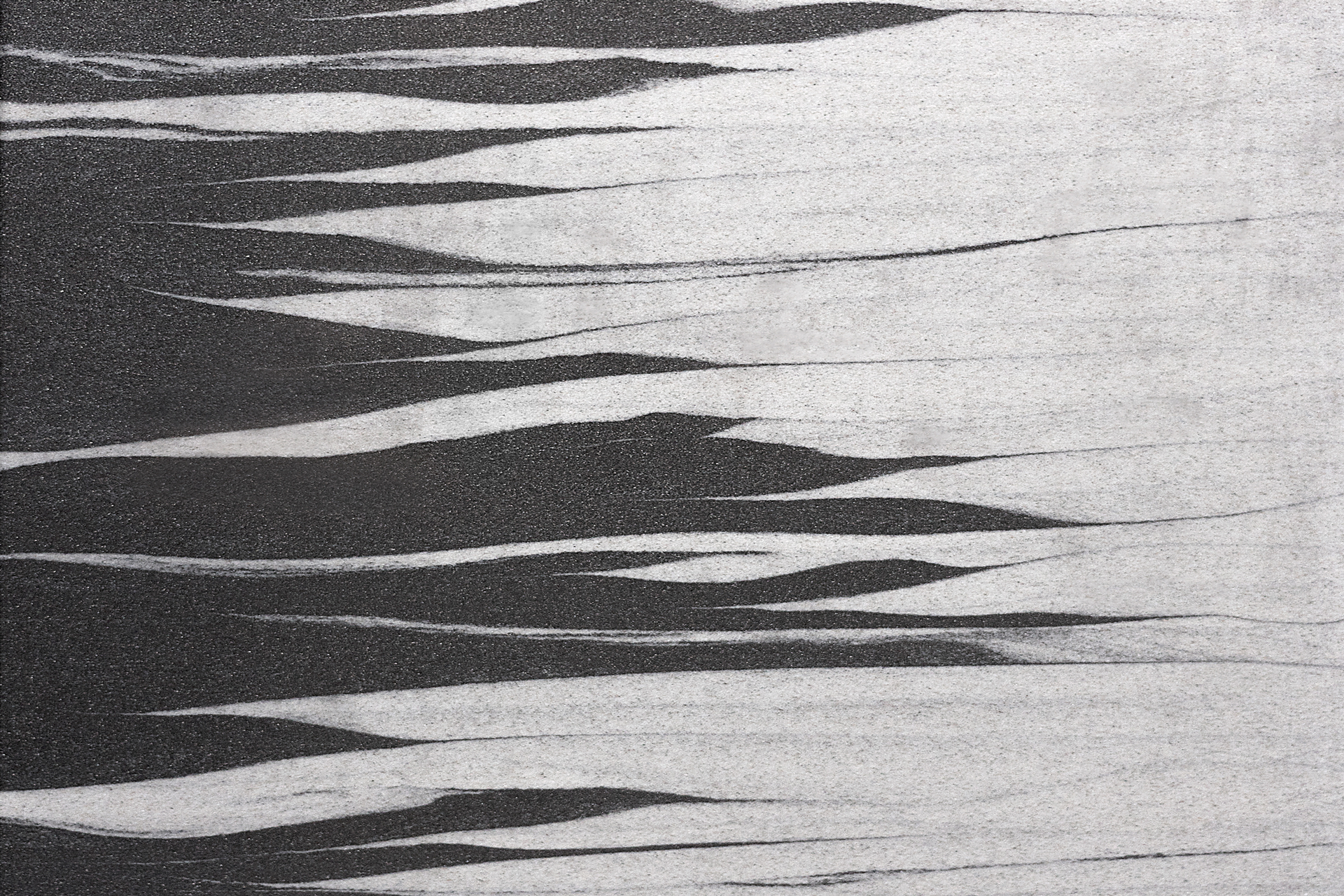 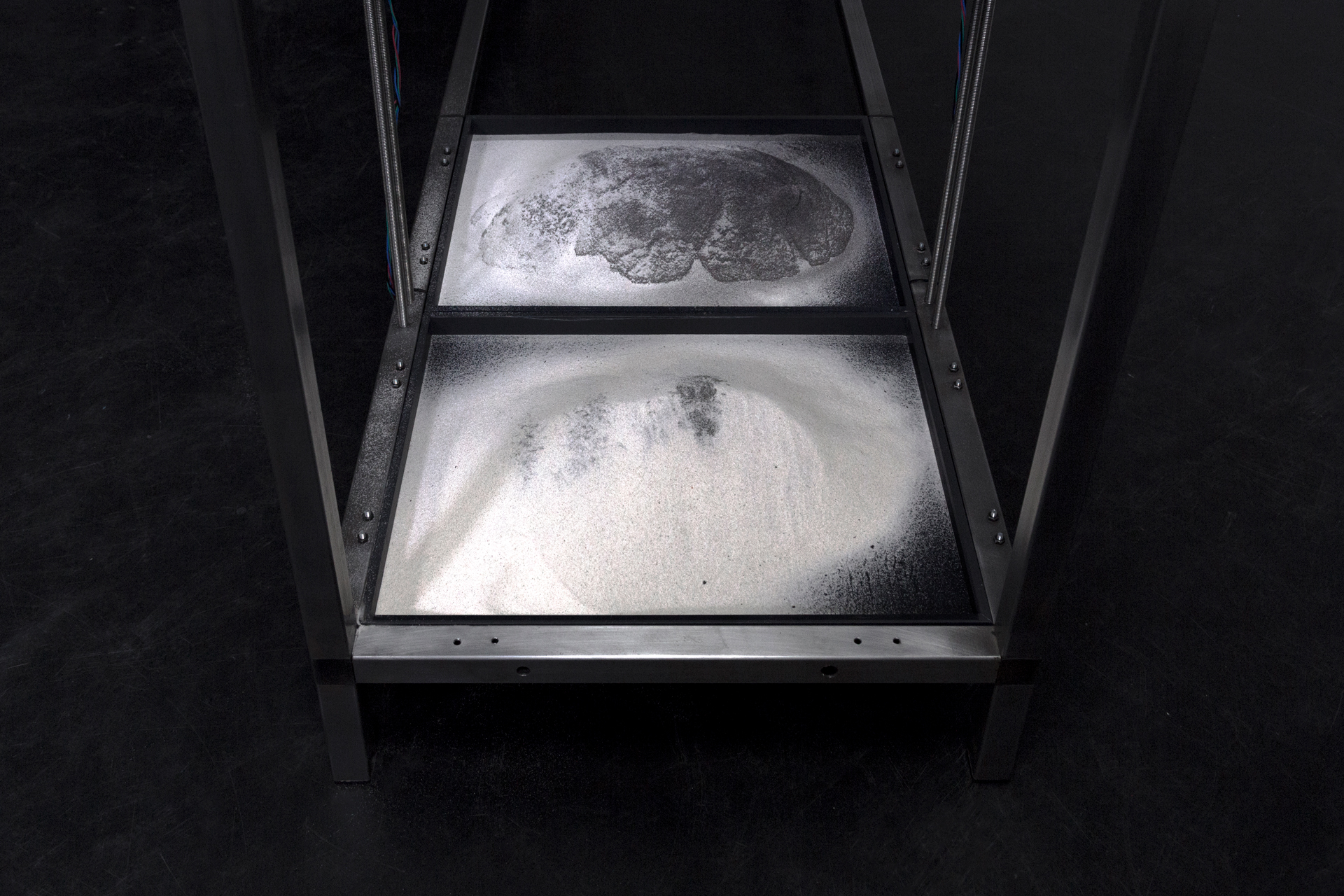 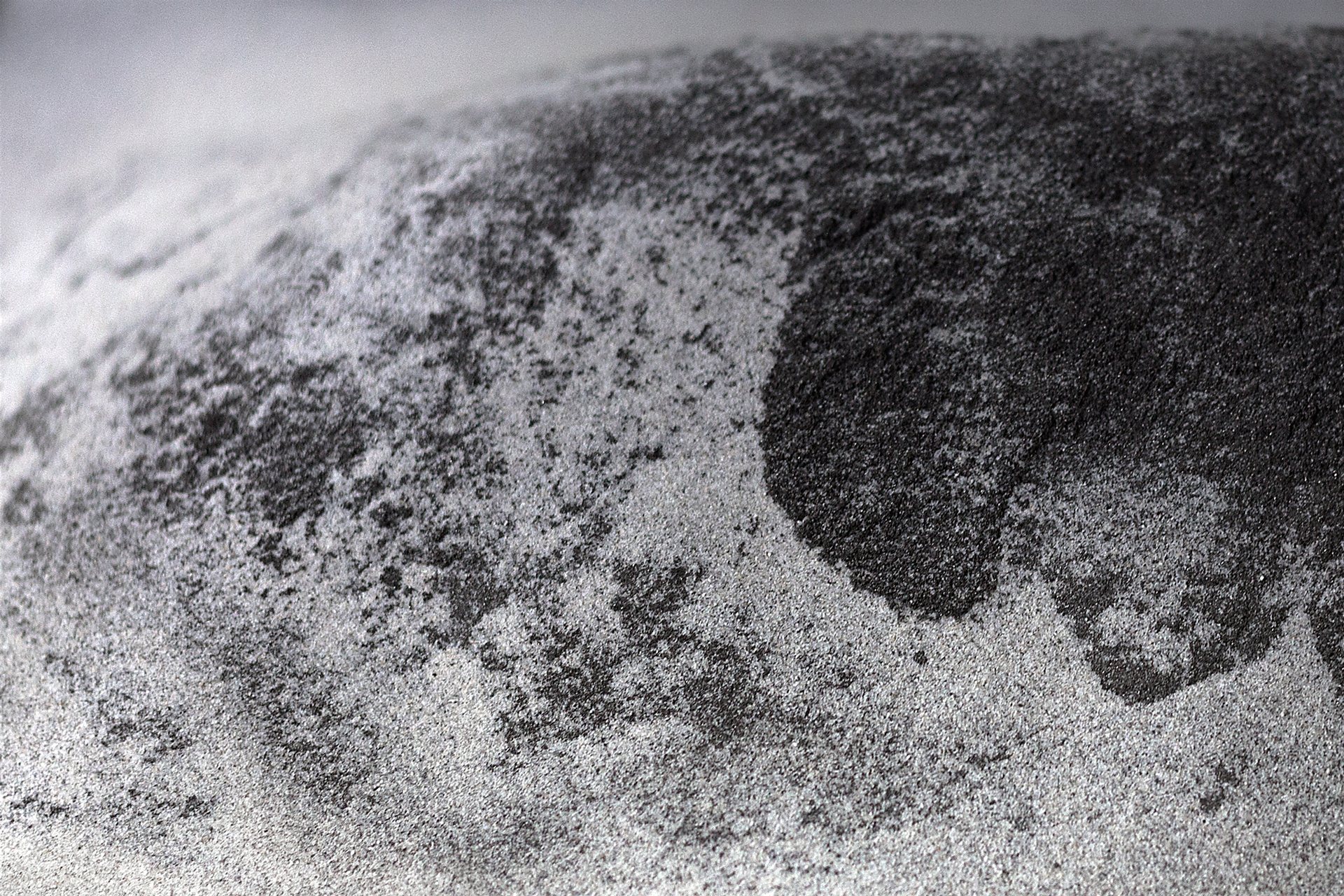 This whole study was documented in a printed and online published journal. The study consisted of a coupled artistic-based and theory-engaged research on the material dimensions of digital technologies, by tracing a new digital materialism that incorporates infrastructures as core intra-active agencies acting on the tension between distinction and convergence of matter. On the basis of the definition of materiality as entanglements conceived by Karen Barad in her Agential Realism theory, as well as an abstract and historical account on the distinction between the Analog and the Digital as argued by Alexander R. Galloway and Claus Pias, the research enacted a series of experiments that aimed to inquire the issues of digitality from an ontological point of view and to problematize the tropes of its dichotomous tension between matter and information.

In a second step, by intertwining the study of a geology of media from Jussi Parikka, as well as the inquiries on the processes of stratification, segmentation within Gilles Deleuze and Felix Guattari, and the notions of habit and cognition brought by Gregory Bateson, the research accounted for the sites of mining and material harvesting that are part of the present-day digital technologies and exposes the mechanisms of segmentation of labor and landscapes that are entangled with the materiality of digital components, further tracing its entanglements with a habitual thinking that act as black-boxed infrastructural agencies for an economy of thought. Lastly, the study probed recognition as the core habitual mechanism that segments matter into discrete entities via the stratification of the tension between reading and writing processes, and enacts an imaginary infrastructural habitat where both continuous landscapes of residue and discrete ores of sedimented value entangle through a present simultaneous record of their intra-action 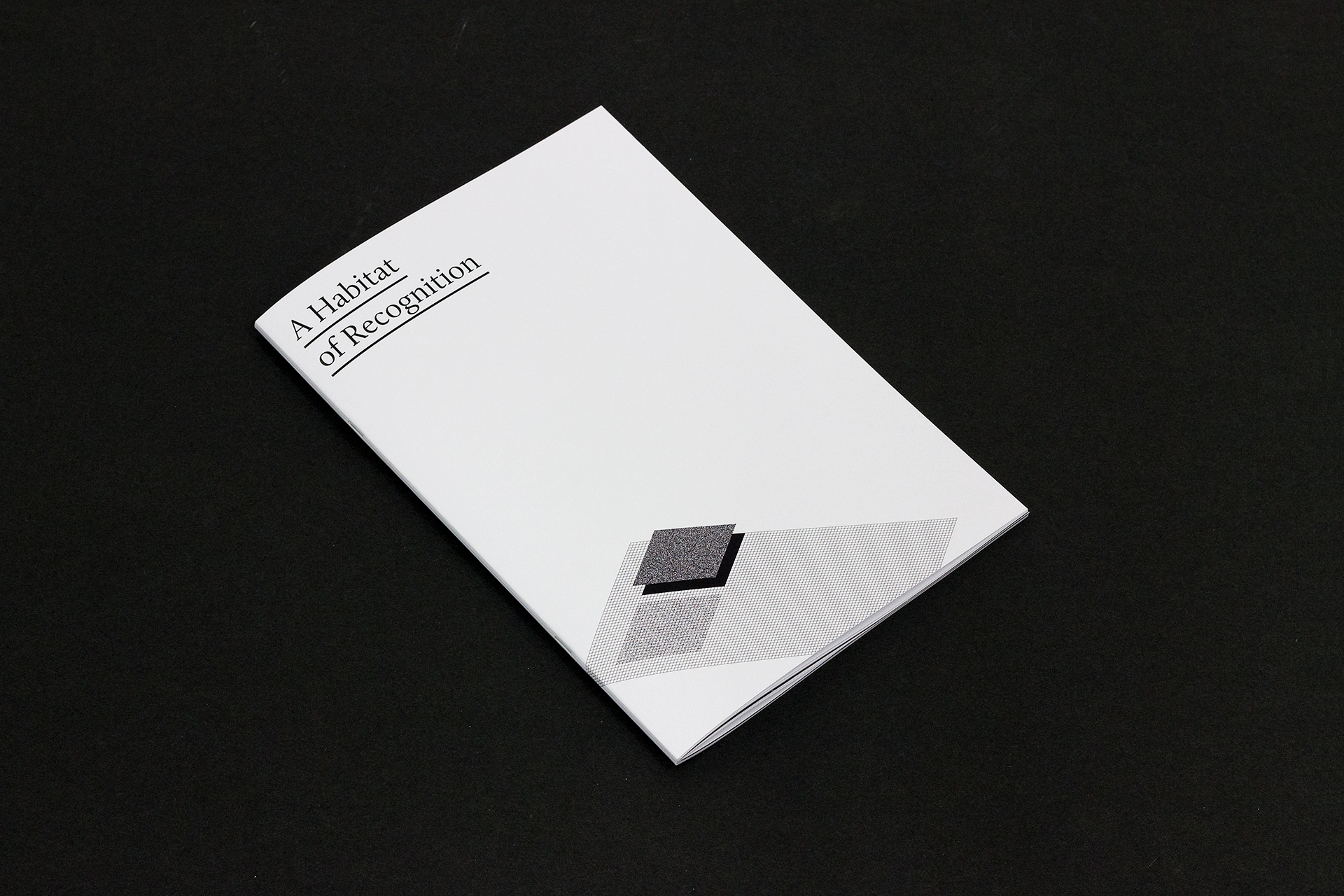 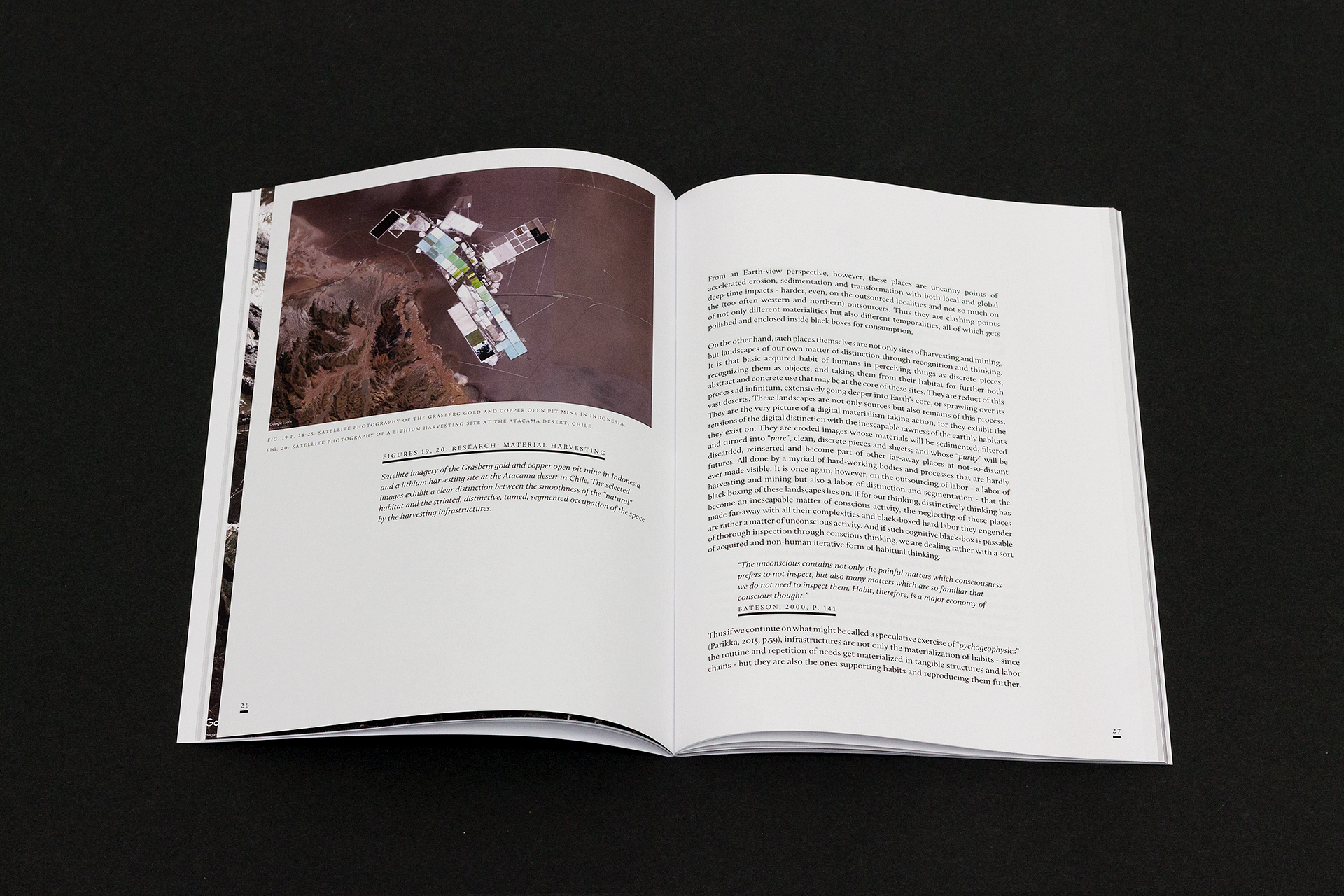 The complete thesis is available for download as a PDF, and for online preview at Issuu.