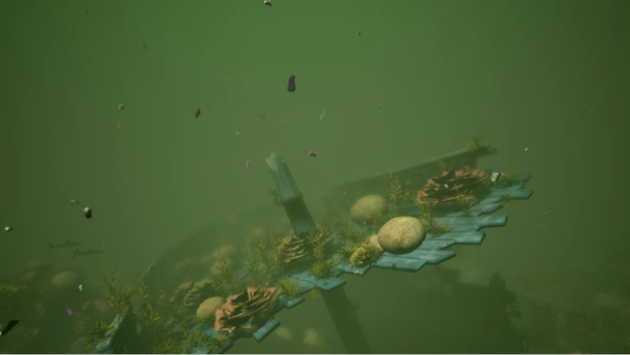 VReef (short for Virtual Reality Coral Reef) is a masters project operated by the University of Bremen, which tries to simulate a polluted underwater environment in virtual reality with Unreal Engine and HTC VIVE. The project is designed to awaken humans’ consciousness of environmental protection. Through a simulated diving process, users can experience the coral reef and polluted underwater environment in virtual reality with a head-mounted display (HMD). Users will embody in a diver avatar, and interact with items in the virtual environment with high-level fidelity. With experienced diving into the polluted underwater world, and constitute some positive impact on the ocean environment by high fidelity interaction, drawing people’s attention to plastic pollution in the ocean.

Coral reef, which is called “rainforests of the sea”, is an underwater ecosystem. But coral reefs are fragile, because of their sensibility of water conditions. Most reefs grow best in warm, shallow, clear, sunny and agitated water. In recent decades Coral reef is dying around the world due to human impact, for instance, coral mining, overfishing, canals digging, marine pollution and so on. A research in 2008 shows, that around 19% of the coral reefs had already been lost, and only 46% of the coral reefs around the world might be considered as healthy. Without coral reef, there will be great damage to biodiversity and ecological environment.

In the project “VReef” we want to draw attention to current destroy on coral reefs in the whole world. Through an immersive and highly realistic experience in virtual reality with insight into the coral reefs, users can observe the growing situation of coral reefs and the consequence of plastic pollution in the ocean. The application is optimized for users with a head-mounted display (HTC VIVE Pro) for better immersion. And highly realistic interaction is also set in application to increase the fidelity. The human simulated gesture will be used in the application. The user embodies into an avatar to interact with the environment, and watch the changing of the environment, which caused by their behavior. This design of the project is for testing that immersive experience in an immersive virtual reality(IVR) help impact people’s awareness or even incite long-term intention change in their behavior. 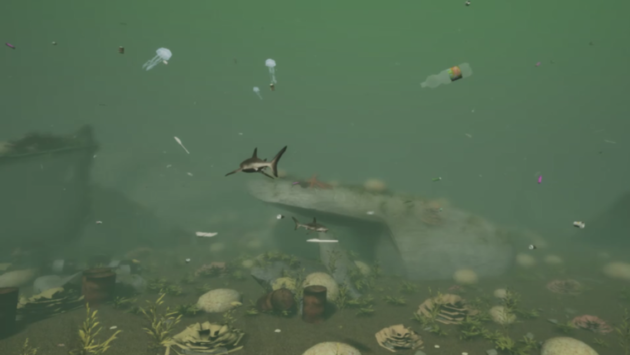 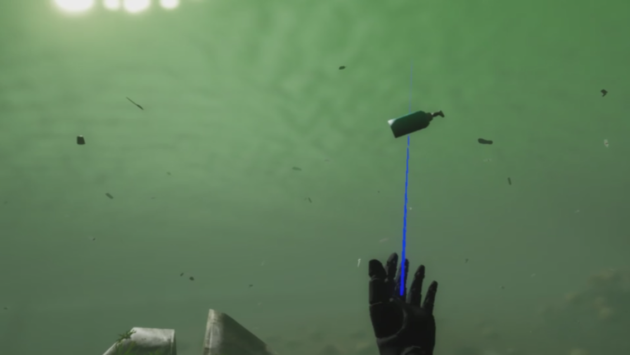