The bachelor’s and master’s project „VR CoralReef“ is a simulation of a coral reef located in the Indo-Pacific ocean, developed with the AG CGVR of University Bremen, Germany.

To experience the coral reef, users can choose between using the application via desktop or with a head mounted display (HMD) for a better immersion. Through a multiplayer mode, users are able to share their experiences and encounters. Within the mode a choice can be made between using a scuba diver avatar and a pointcloud of the user himself, created by kinects.

Dive into the underwater world to see the unique and diverse wildlife in a realistic behaviour simulation, drawing attention to the fading and death of coral reefs due to parameters like rising temperatures. 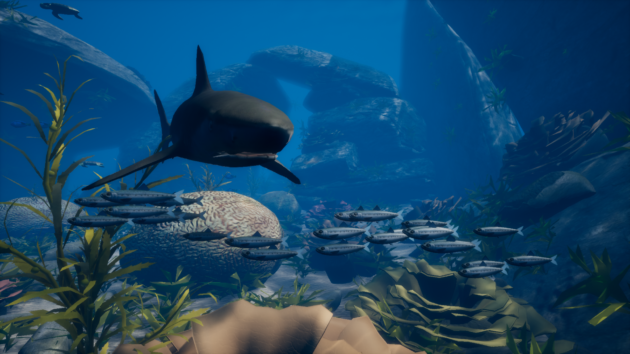 Coral reefs are one of the most diverse marine ecosystems, a home of thousands of animal species and even protecting the coastline from waves caused by storms. The health of the reefs is endangered by pollution and climate change, just to name a few of the factors, causing coral bleaching and their dying. Without the corals, the biodiversity will endure big losses and it will cause consequences for the wildlife and humans. With „VR CoralReef“ we want to draw attention to the ongoing destruction of coral reefs around the world. Through the realtime visualization of scientific data the project is giving users an immersive and realistic insight into the life of coral reefs. With individually adjustable parameters like water temperature or day time settings, their effect on marine ecosystems can be observed.

The application is optimized for the use of a head mounted display (HMD) for a better immersion. Users can also choose the multiplayer mode for a shared experience with other players. An implemented flashlight and laserpointer are helping players to show objects to others. Within the mode players have the choice between using an avatar of a scuba diver or creating a projection of themselves in the coral reef as a pointcloud. The avatar model was handmade with Blender and is using motion capturing and inverse kinematics for a realistic animation. The pointclouds are created by Kinects. The reason behind the two modes is for testing how the immersion is effected. 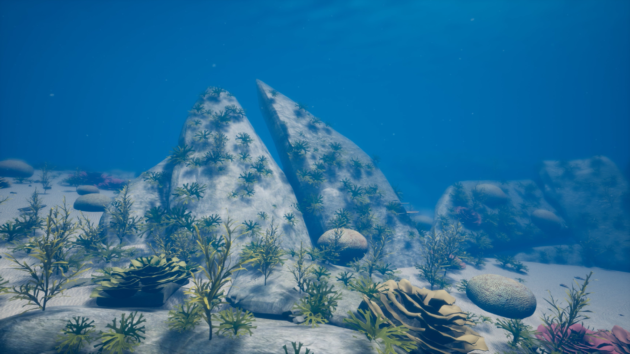 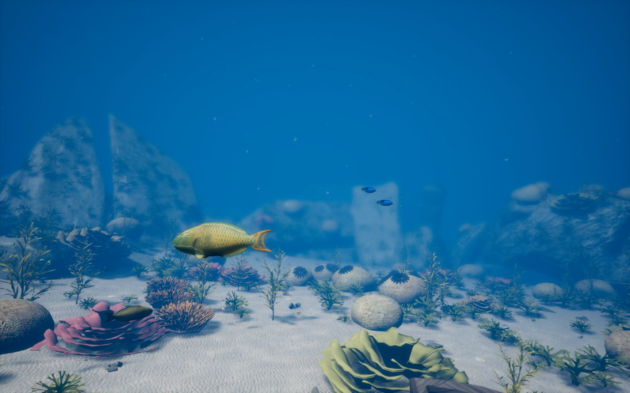