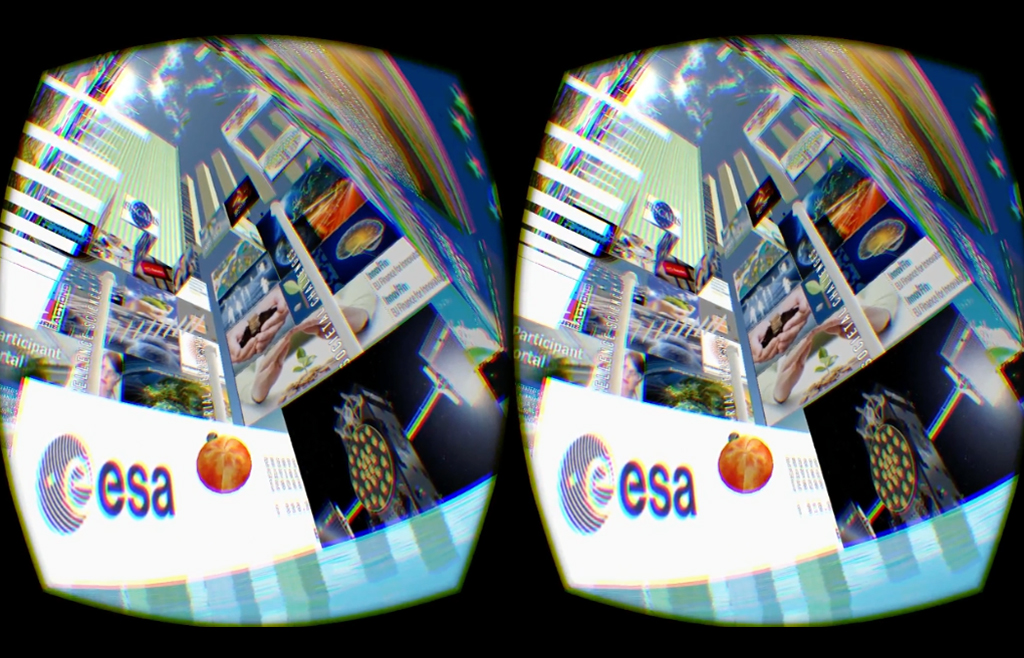 The basis of this research is represented by the Multiannual Financial Framework (MFF)1 which lays down the maximum annual amounts (‘ceilings’) that the EU may spend in different political fields (‘headings’) over a period of no less than 5 years. The upcoming MFF covers seven years: from 2014 to 2020.
By defining how much and in which areas should the EU invest over the period of seven years, the MFF is an expression of political priorities as much as a budgetary planning tool.

Such complex monetary and political structure can therefore serve as a proper model for an experimental study of organised visual practices of different EU Commission initiatives.

This project is led by the question of how current visualizing apparatuses of disciplinary regimes of modern power-knowledge networks – as the one of MFF grants structure is – are organised.
The first part concerns visual practices which are currently used and developed by EU Commission programmes represented by pictures downloaded with scrapers from the official EU Commission web pages. The second part concerns a problematical question: How this kind of structure – complex, fuzzy and hard to handle – full of cultural, social, economical and political practices can be represented/visualized?

As a final experiment a structure of MFF has been visualized within a game engine Unity3d as a model of a “bar charts” worlds open to interaction and exploration in virtual reality through an Oculus Rift integration. It turned out that the solution was to create an ironical visual exercise in practice of troping.

Blog about the research process on the topic of grant structure of EU Commission can be found here.

The main study object of this project (EU MFF – or generally monetary systems and plans) has a quite contradictory essence. At once it is eminently material and solid (as a part of our practices and everyday life) and on the other hand virtual and fluid (money as an abstract value system; – in such large and complex data sets as MFF we are talking mainly about virtual money – an algorithmic machine of capitalist production). This aspect too inspired the working title of the project: “Zillion City”. Zillion (as well as kazillion or bazillion) is according to Oxford Dictionary a term referring to “a huge amount of something” without representing a precise number. Sounds like a proper name for a virtual city of bar charts representing amounts of money in billions and trillions €, a mere sign-chains without fixed referent (as gold used to be). Taking into account the whole translation issue of million/billion in American/British English and German, French and other languages, research topic confirmed its semiotic/linguistic potential to become a narrative exercise full of tropes.

Pictures: Upper level shows budget amounts per year under which in the second level different “headings budgets” (as coloured buildings) can be found. Inside buildings are programmes represented by logos & photos downloaded from their web pages.

Decision to make a virtual world was partly an ironical move to exaggerate current visual style and technological tendencies (Oculus Rift). Another motivation was to point out to the aspect of constituting spatio-temporal worlds, which is inherent to almost all forms of data visualizing but often taken for granted without examination. It was also a temptation to reinforce the awareness of bodily experience in the context of structural forces through immersive effect of virtual reality. And lastly, a way of exaggerating the link between governmentality and embodiment. Not only monetary structures but bodies also are produced within power relations (according Foucault) but they are a space for resistance too. There is always a performative dimension implicit in corporeality (Butler), so there should be a possibility to unfold/resist a process of regularised and constrained repetition of norms in capitalist system (within new technologies) as well.2

At the beginning of the project different JavaScript scribids and crawlers as well as Google Developers Console SearchApi have been used for gathering information e.g. downloading pictures from EU Commission web pages. For experiments on data visualizing different databases from Eurostat (e.g. Information society statistics (isoc)) as well as official texts from EU commission “Council Decision” database Eur-Lex were used to experimenting on the technological side.

Pictures: Visualized text was in this case the “Amended proposal for a COUNCIL REGULATION” from 6.7.2012 laying down the multiannual financial framework for the years 2014-2020.

Considered data visualizing tool was Processing (in spite of couple experiments with D3js, Gephi and Nodebox). For materialized experience of data, an OSC integration between Processing and Unity3d has been set up as well as other interaction extensions as Oculus Rift and Leap Motion software.

The theory of the art of govern was linked to the development of the administrative apparatus since 16th century. This bought a new set of knowledge – a knowledge and analyse of the apparatuses, different elements of state, dimensions and factors of power; questions, which were termed precisely “statistics”; meaning “the science of the state” (Foucault, 1978, p. 96). According to Foucault, “governmentality” refers to “the ensemble formed by institutions, procedures, analyses and reflections, the calculations and tactics that allow the exercise of this very specific albeit complex form of power, which has as its target population and as its principal form of knowledge political economy…” (ibid. p. 102).

Derive from this definition it was important to work with statistical data in their broader context of usage, namely governmental and cultural practice embedded in visual references. The aim was therefore to create an ironical visual exercise in practice of troping.

Pictures: Each “room” stays for one of the programmes and its size represents the percentage proportion of the “heading” budget (the building).

In Greek, Trópos is a turn or a swerve. Tropes (e.g. metaphors) marks the non-literal quality of language. According to Donna Haraway, “models are more interesting in technoscience then metaphors. Models, weather conceptual or physical, are tropes in the sense of instruments built to be engaged, inhabited, lived” (Haraway 1997, p.135) or – to add for completeness – to be destroyed. Haraway states, that models or maps (and maybe data visualizing in general) can become “fetishes in psychoanalytic, scientific, and economic senses” (ibid.). “Fetishes” refers in her interpretation to the sense of appearing to be non-tropic, metaphor-free representations of the existing status quo, without reflecting own specific practices of intervening. Simply, what maps, models or graphs represent is by them mutually created as well; “crafted through and for specific practices of intervening and particular ways of life”(ibid.). Task of this project was therefore to create a non-fetishist metaphorical data visualization.

Semiotics defined as a study of signs and their meaning explores producing, conveying, and interpreting messages and codes that govern their use.
Messages can be seen as made of pictorial (or iconic) signs and delegated through signs systems called codes. The method of visual semiotics matches then the contents and figures of a visual communication. It examines a broad range of official texts, economic development reports, global webs and internet media resources from visual perspective (focused on visual strategies). In this case were the materials not used for a direct analysis but as inspiration and content for further visual creation.

Pictures: Horizon2020 and its “pillars”.

Such research methodology concerns at how images works, having regard the performative aspects of them (images do things amongst other they are crucial by production and reproduction of visions of social difference). Visual objects are embedded (be it by their production or by their perception) in different location, each of them having their own norms, economies, tactics of how their spectators should behave (seeing a photography in an art gallery differs in many aspects from perceiving the same artwork in magazine or on a web page of an institution or in virtual reality). Effects of images are always mutually created in the social context of their viewing.