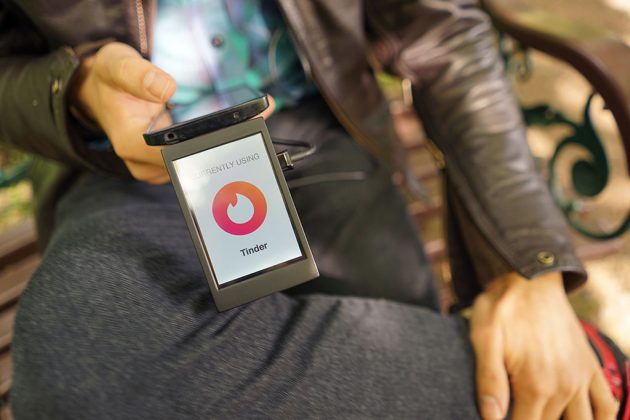 Unwrap is a device that lets others see which app you are currently using on your phone. The use of technology in everyday life changes the way we interact with each other. This design is based on the assumption that most challenges and misunderstandings regarding smartphones in face-to-face interactions are due to a lack of transparency and thereby social context. 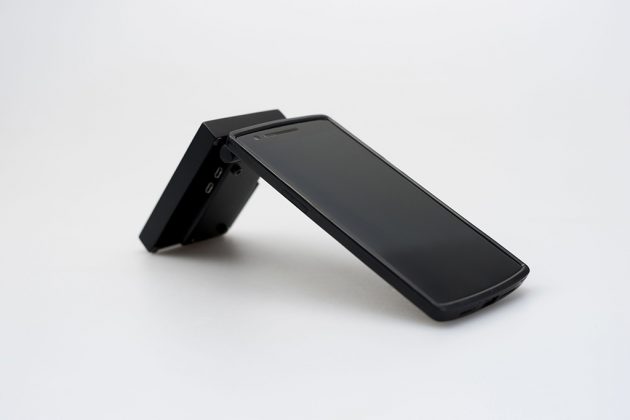 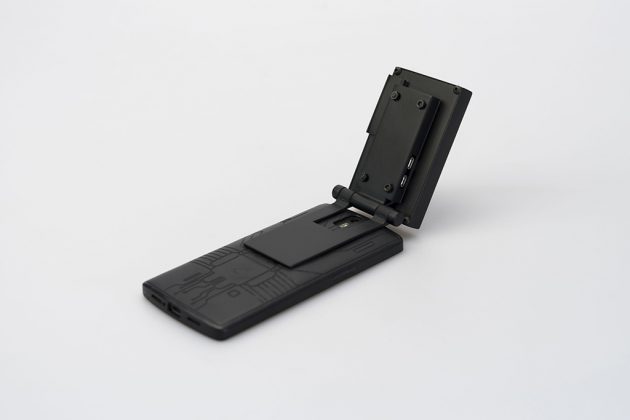 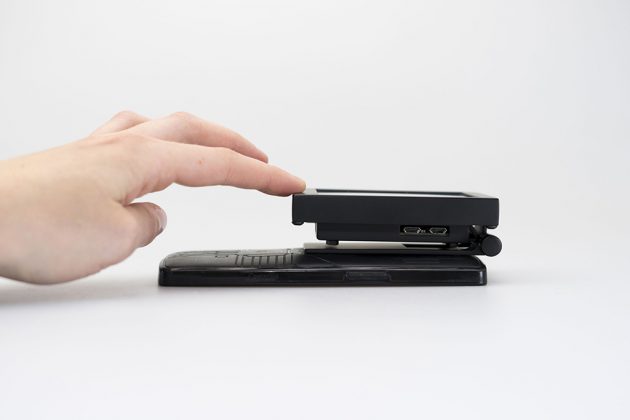 Unwrap is a working model where an android app running in the background on the smartphone retrieves data about the current app and sends the information to the device. Automatically, bystanders get an idea what you are doing – exactly like if you were using for example a physical book, a newspaper or a map.

The device is situated on top of the phone and can also be used as a wearable for more flexibility. 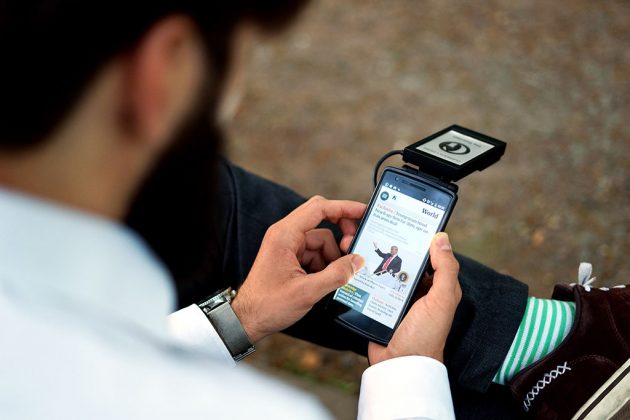 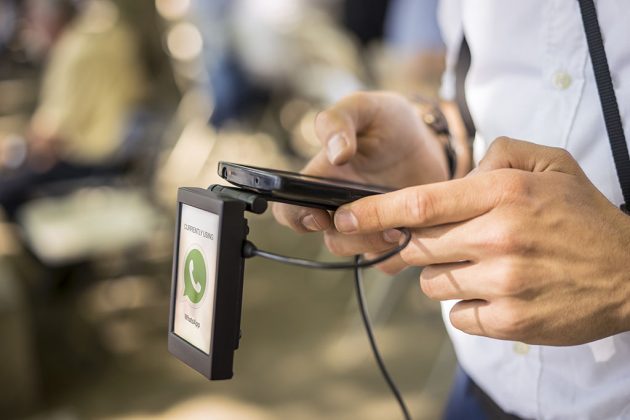 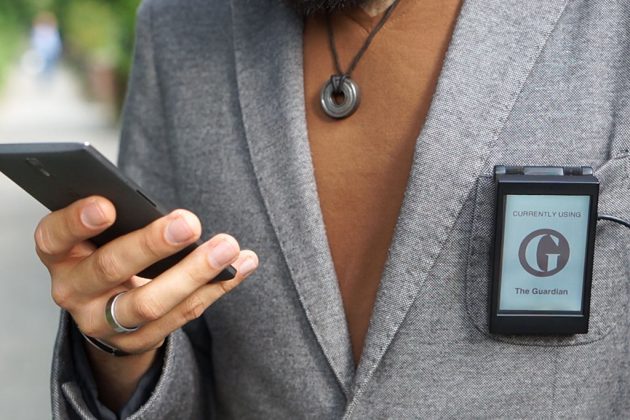 The device was tested in everyday life situations and discussed with bystanders and testers:

“The thought crossed my mind: Well, if I open Tinder and he can see that, this could come across as flirting. He would be like: ‘Oh, so you are looking for somebody, huh? Put away your app, we can talk.’ “
– a tester

“I also always feel a bit honored when people look at the book I’m currently reading. Maybe one could transfer that to this device.”
– a student

“It’s a private sphere what you have on the phone and when someone sees what you are doing with it, it’s a strange feeling. But when you only see the app it’s not that bad.”
– a guy on a tram

“Of course it’s some advertisement thing. I mean, he gets dough because he has that thing on his phone.”
– a man on a train

“You don’t see it that often, right, it’s a matter of getting used to it. I mean, if everyone had it, you would get used to it quickly.”
– a young woman on a train

“If I bend myself and if I do other stuff than I normally would just for you to see, then it’s just fake and not myself. […] then I can also just overwrite this screen, say I’m reading National Geographic, when actually I’m, ehm, looking for cock pics.”
– a tester

“I think the device should come with the phone instead of you connecting it with the phone, like. If it comes with the phone, this kind of device, you just have to flip it in order to make the person in front of you know what you’re doing.”
– an international student